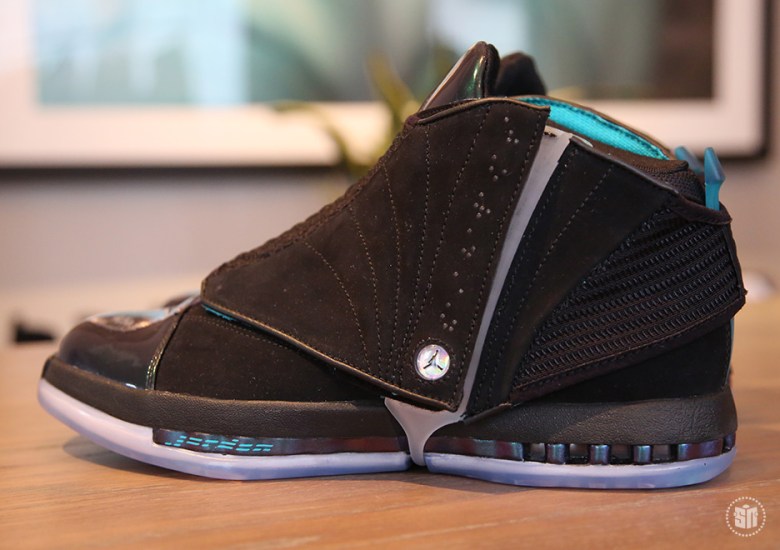 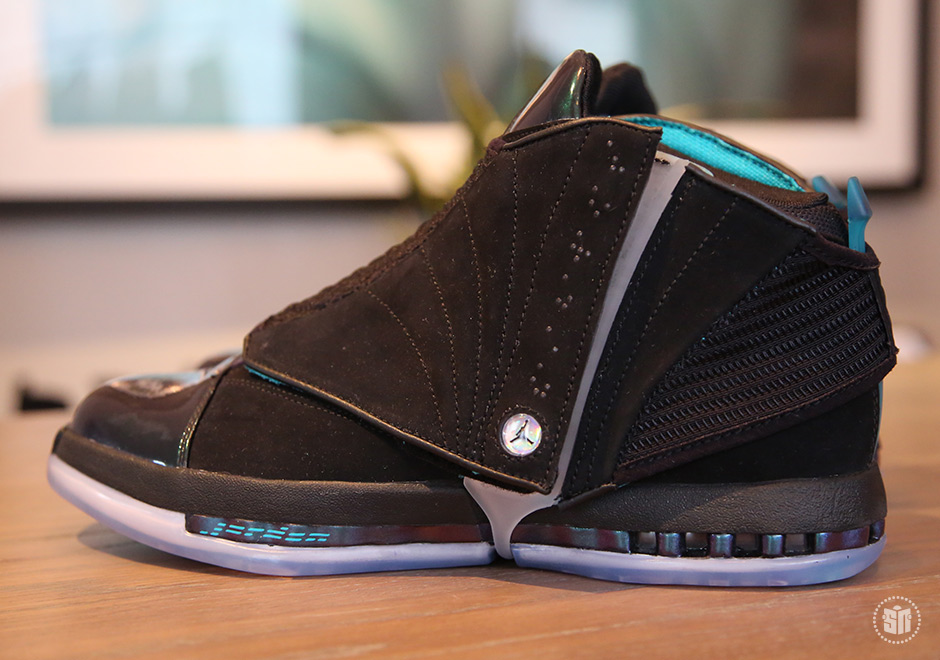 The Air Jordan XVI, originally releasing in 2001, is making yet another Retro comeback next week. With direct reference to the Air Jordans of the past (Air Jordan 5, 6, and 11 in the translucent sole, Air Jordan 11 in the patent leather toe-box), the Air Jordan XVI was designed by Wilson Smith – the first non-Tinker Air Jordan since the III. What’s famous about the XVI is the removable gaiter, which gave the Air Jordan a modular appeal.

This upcoming release is called the Air Jordan 16 “CEO”, highlighting MJ’s current role with the Charlotte Hornets. While this release maintains a predominantly black upper, strong hints of the Hornets can be seen in the teal and purple detailing as well as the iridescent treatments on the patent leather toe and the midsole. Like previous Air Jordan XVI releases in collaboration with Trophy Room and SoleFly, the Air Jordan 16 “CEO” will be produced in limited quantity; only 2,300 pairs of the CEO will be made available to the public. 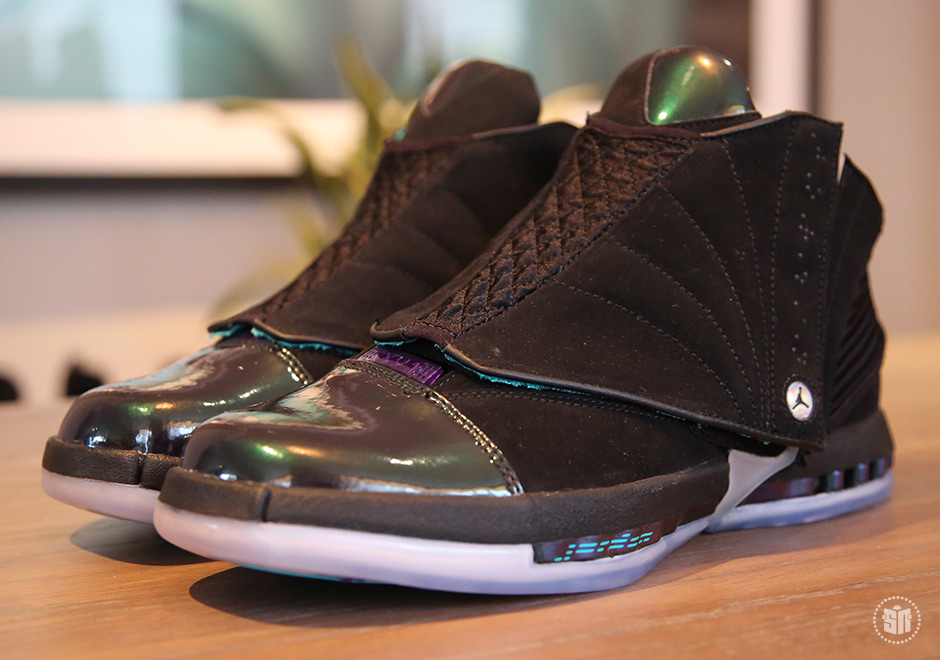 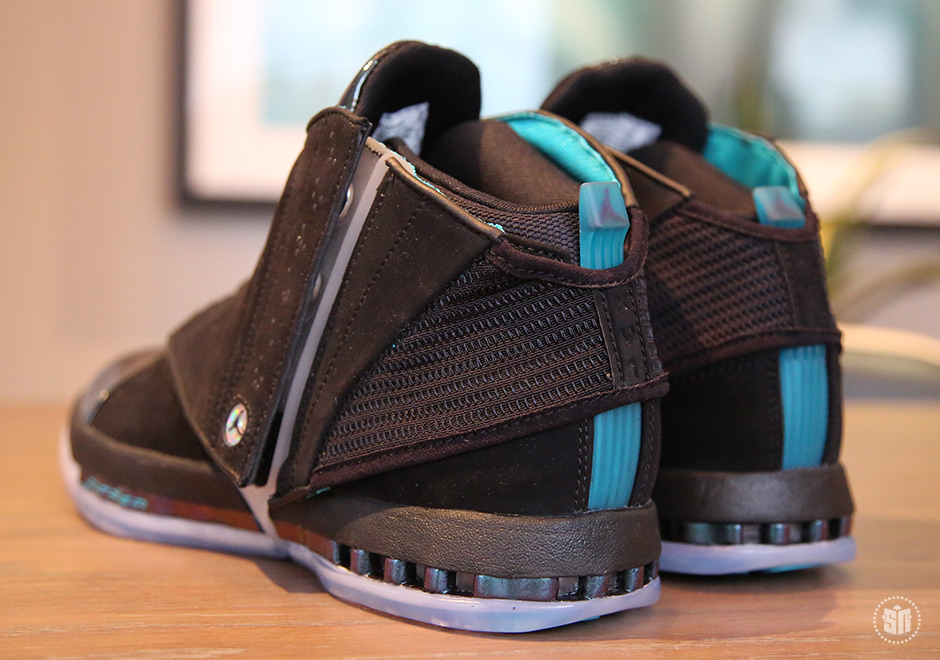 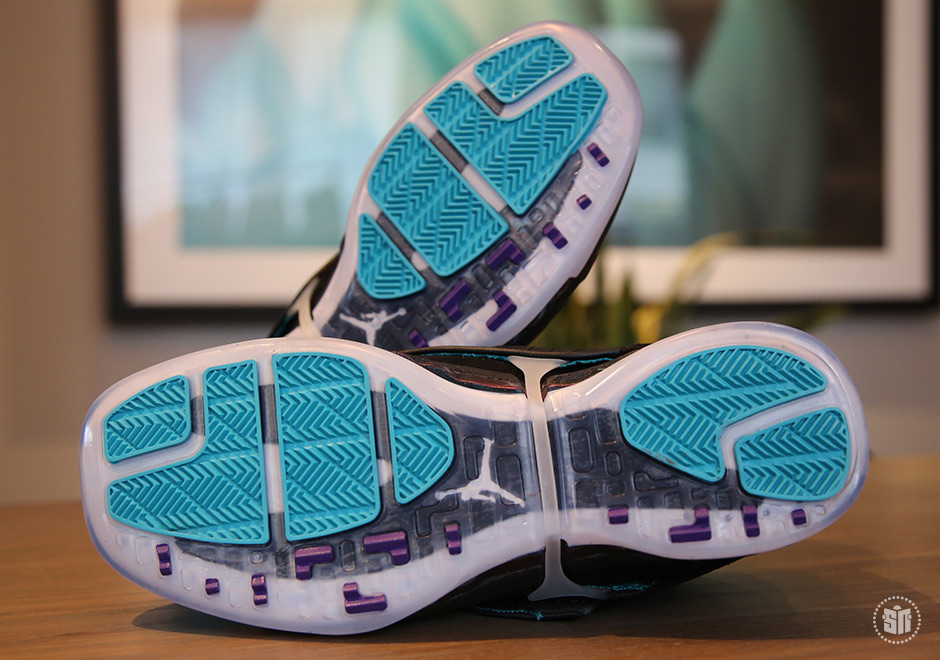 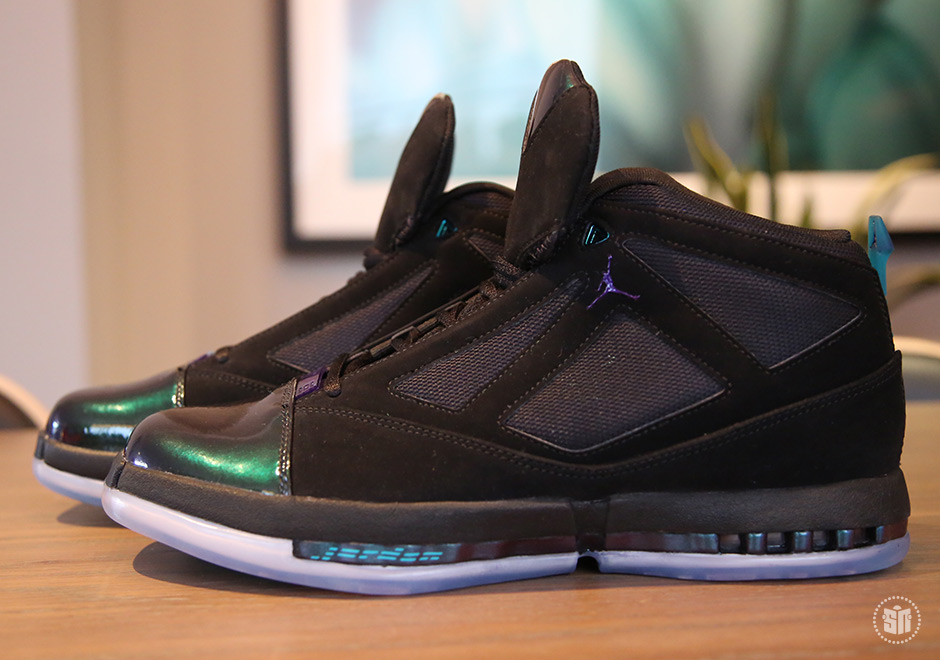 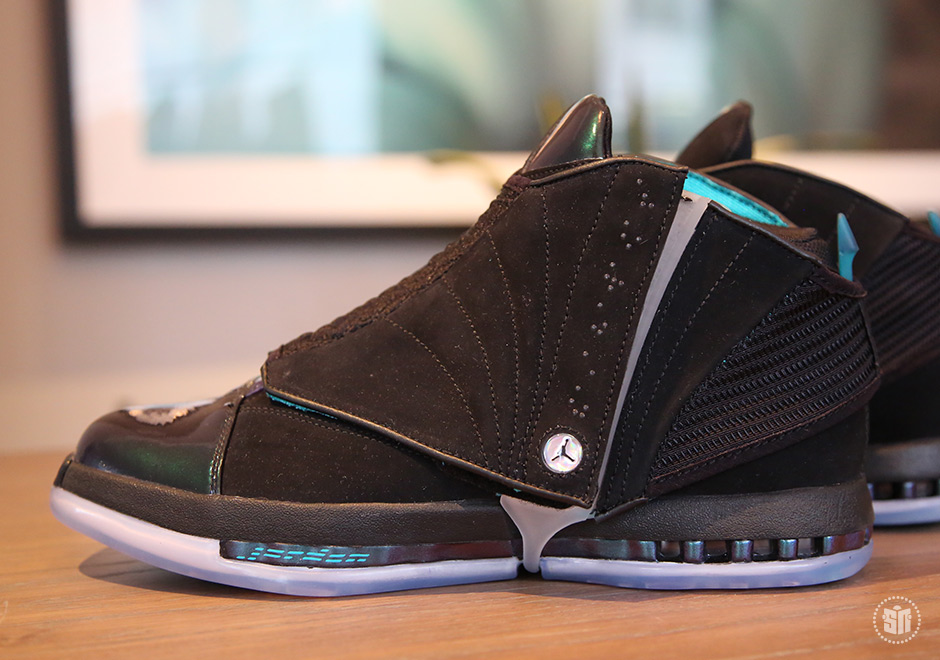