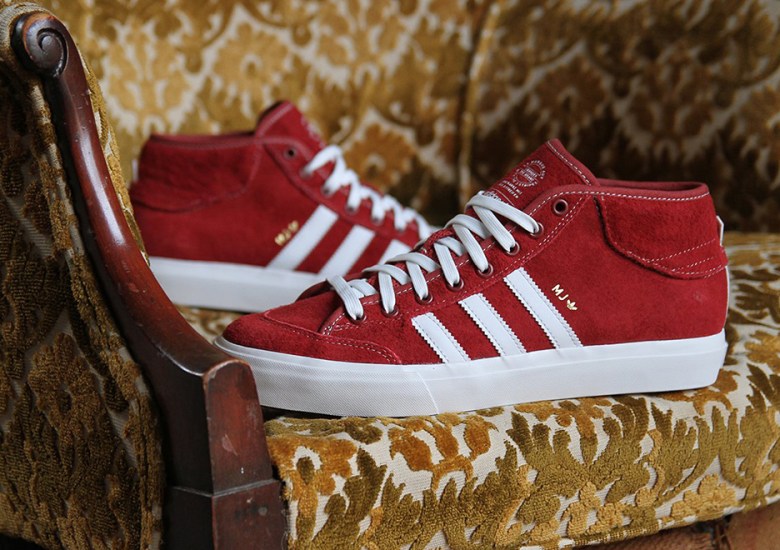 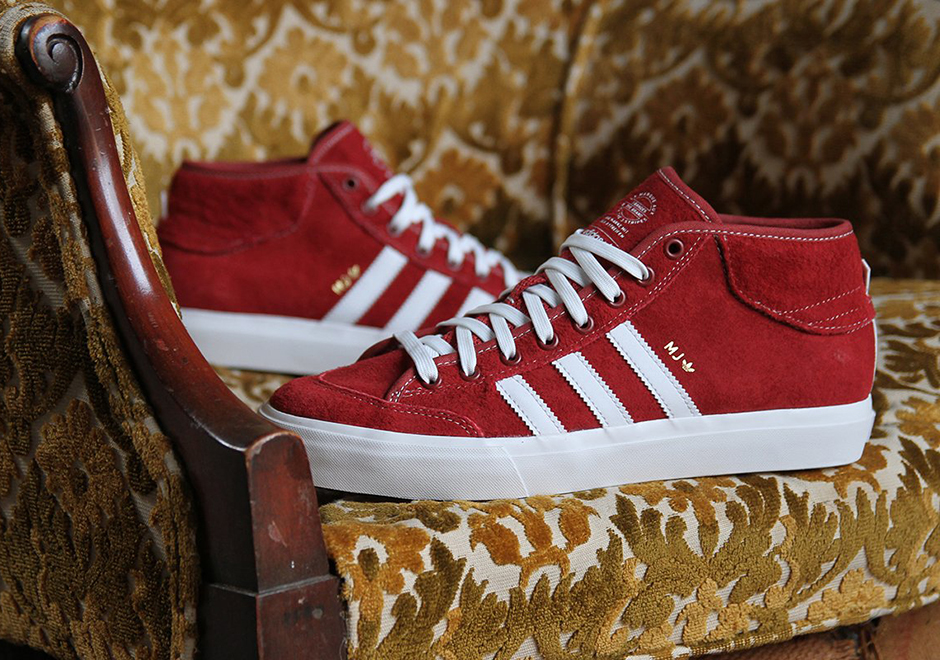 Earlier this year adidas revolutionized one of its oldest tennis silhouettes to be sturdy enough to take the beating that only skateboarders like Marc Johnson can dish out. The first release of the repurposed Matchcourt Mid took inspiration from Marc Johnson and his stomping grounds. Now, Marc and adidas are back again with a new red colorway of heritage silhouette. This colorway is comprised of a thick red suede upper with white adidas stripes atop a crisp white vulcanized rubber outsole. As was the case with the past release, this colorway also features the gold “MJ” branding as tribute to Johnson’s inspiration of the redesigned silhouette. This new colorway of the Matchcourt Mid can be had right now from Premier for $80. 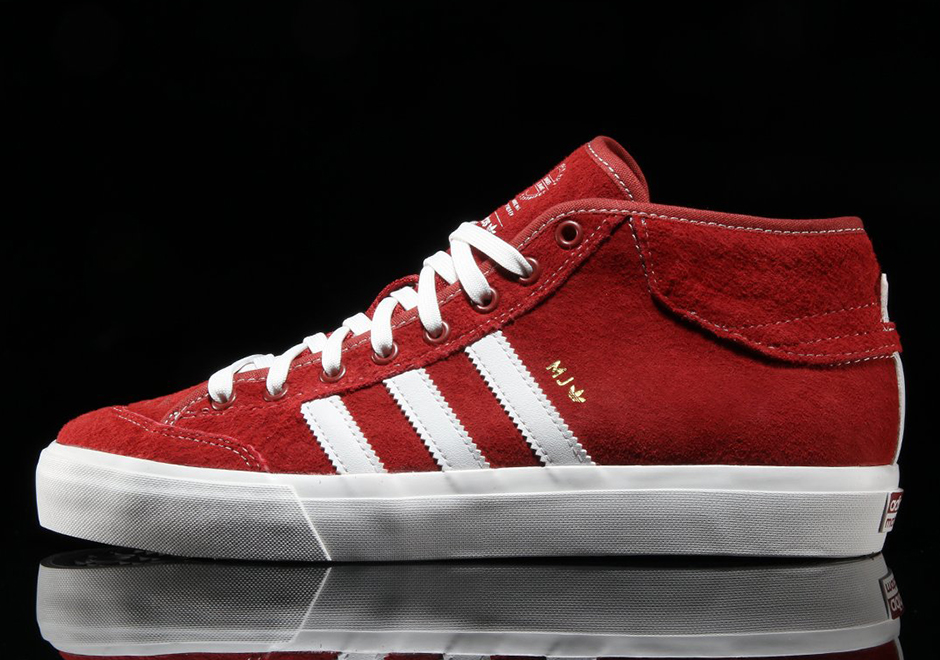 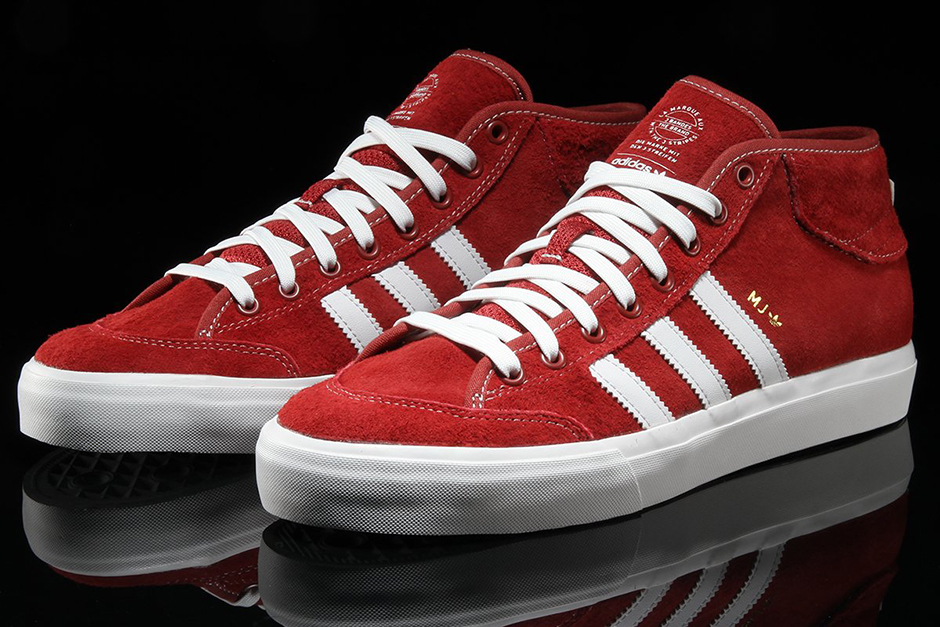 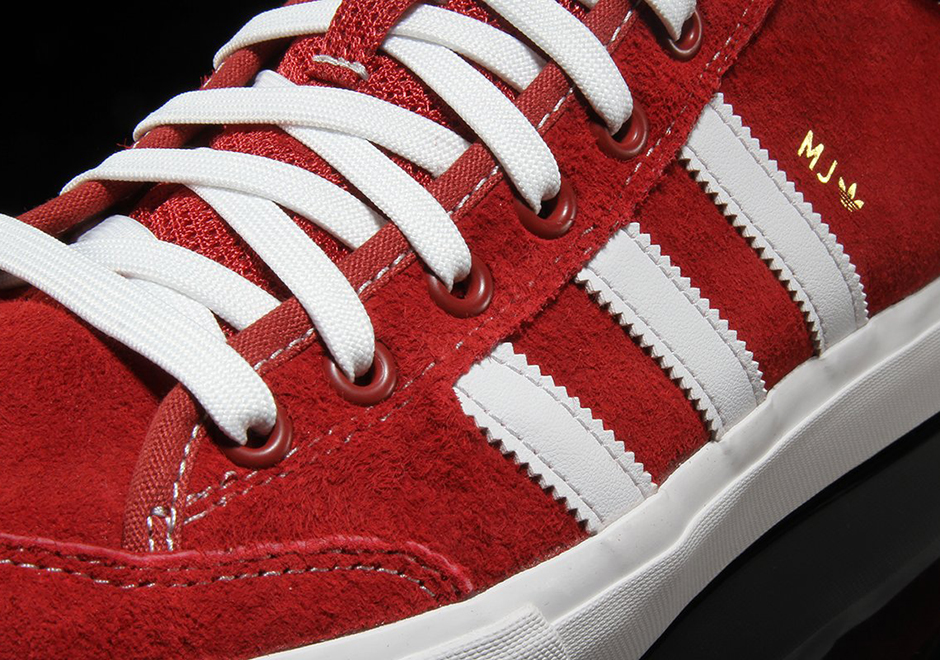 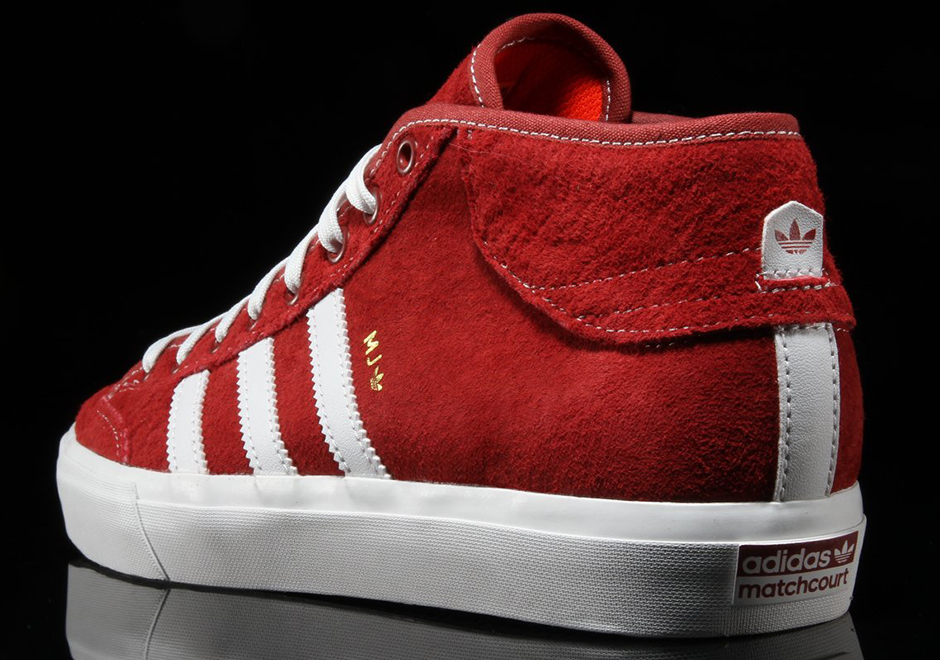 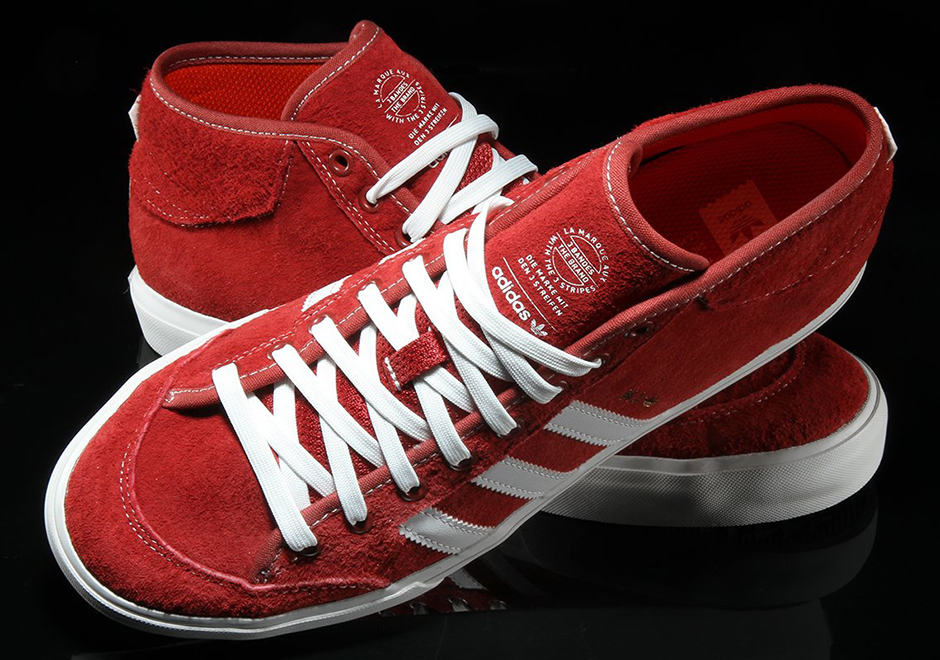 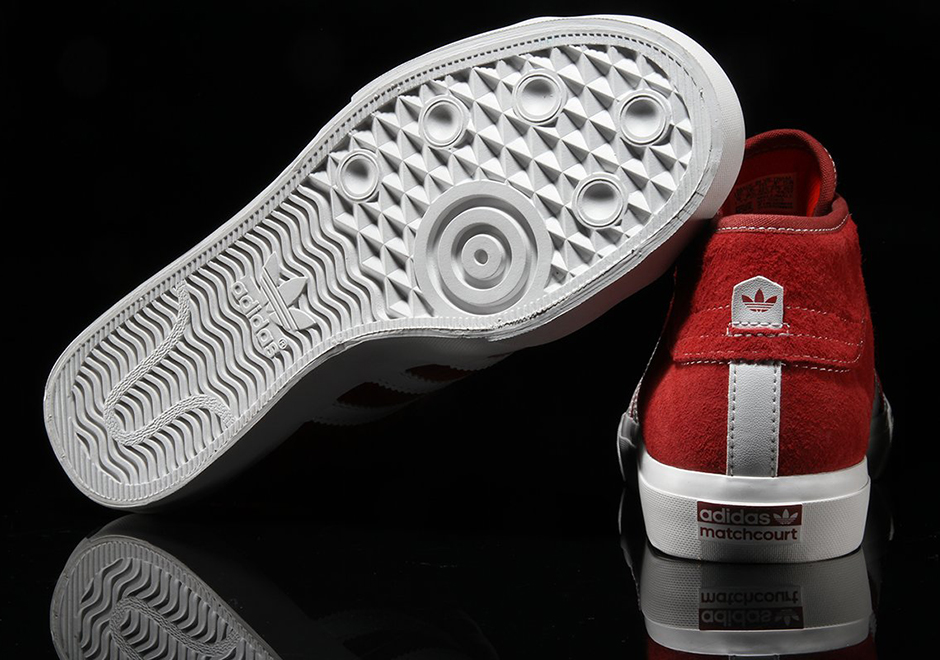