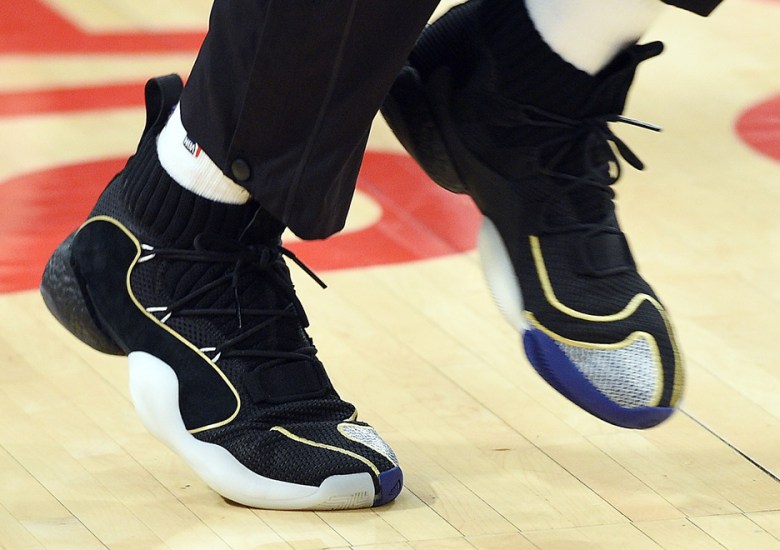 adidas May Be Launching A “Boost You Wear” Basketball Shoe Soon

Update: Nick Young and Brandon Ingram wore the adidas Boost You Wear basketball shoe last night against the Warriors. The BYW LVL 1 will release at select stores on January 27th, with a global release scheduled for February 15th.

adidas may be incorporating some new-age tech into a revival of a 1990’s basketball silhouette. Back in the 90’s adidas made its FYW (“Feet You Wear”) basketball series, which featured rounded outsoles and a sock-like snug upper. It now appears that adidas could be bringing back the style with a new twist in the form of a BYW shoe – “Boost You Wear”. Early images of the silhouette, rumored to be named the adidas BYW LVL 1, show a large pocket of Boost cushioning above the rounded outsole. It also features a similar trim detailing and mixture of synthetic fabrics to the FYW of the 90’s (pictured on-foot below). No indication has been given from the brand that the shoe will drop anytime soon or what its inspiration might be, but you can judge from the pictures below if this looks like the revival its expected to be. 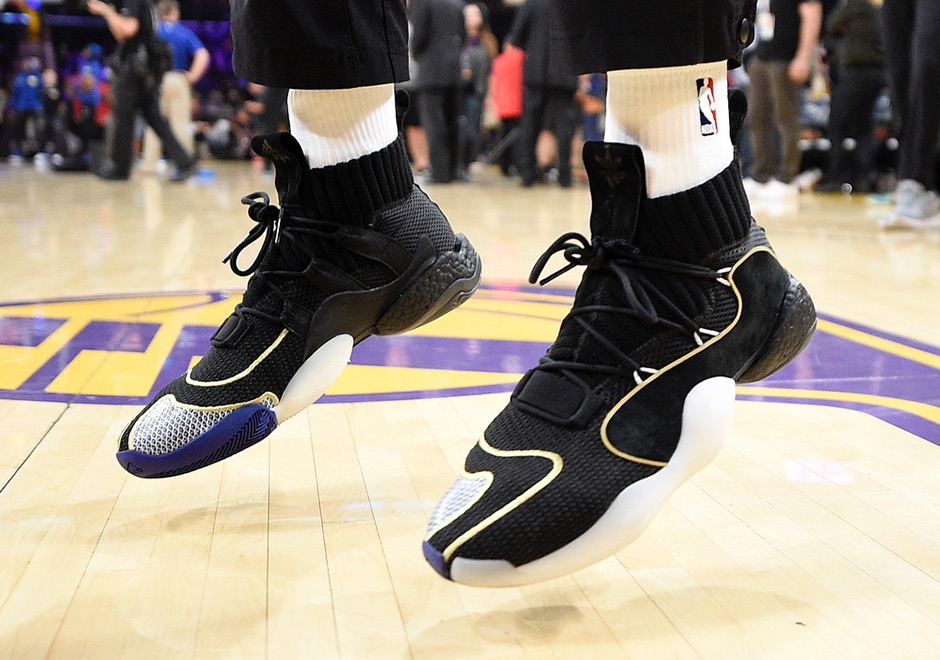 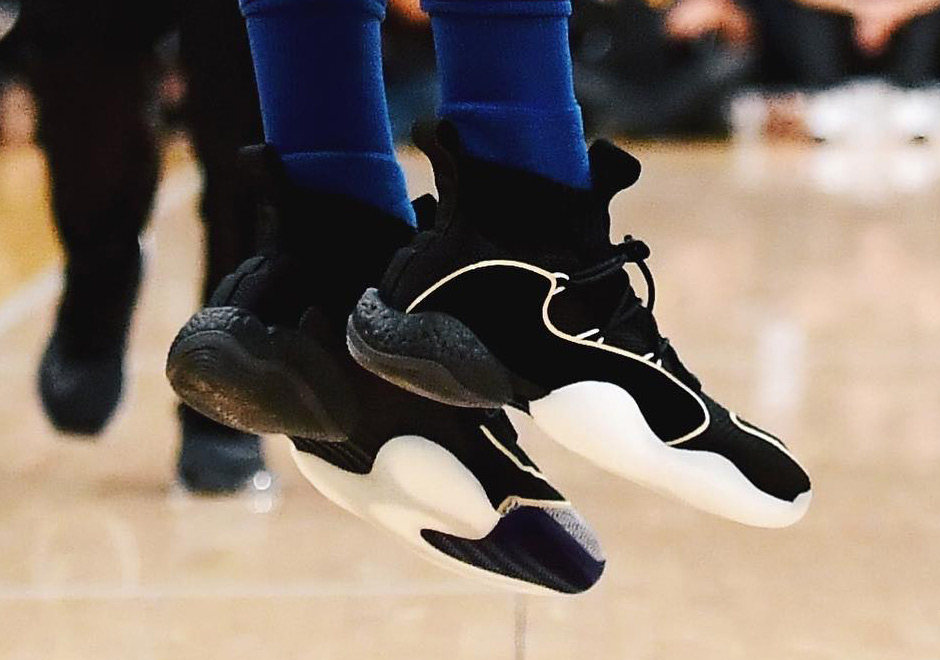 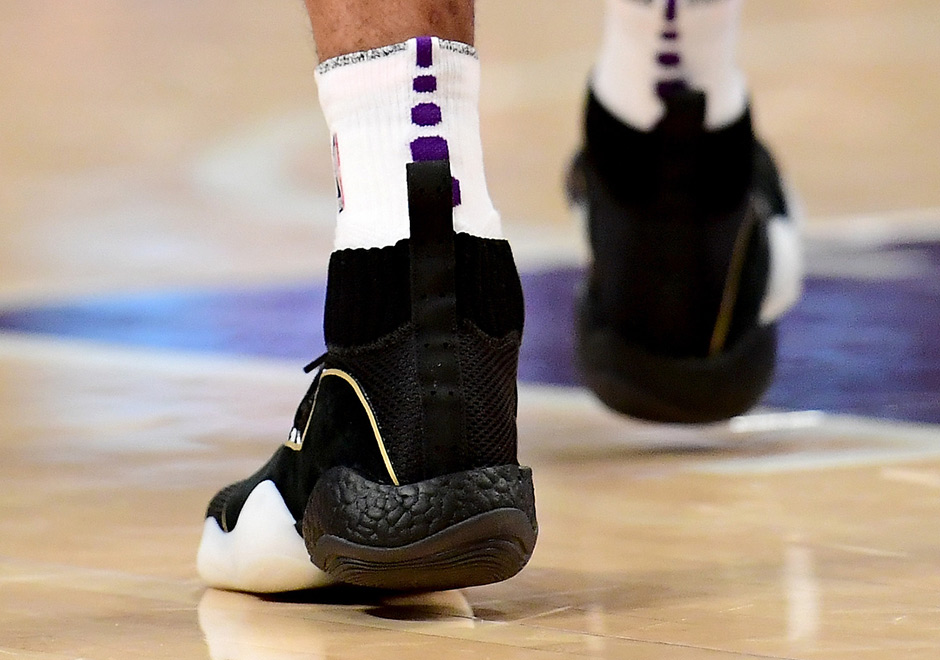 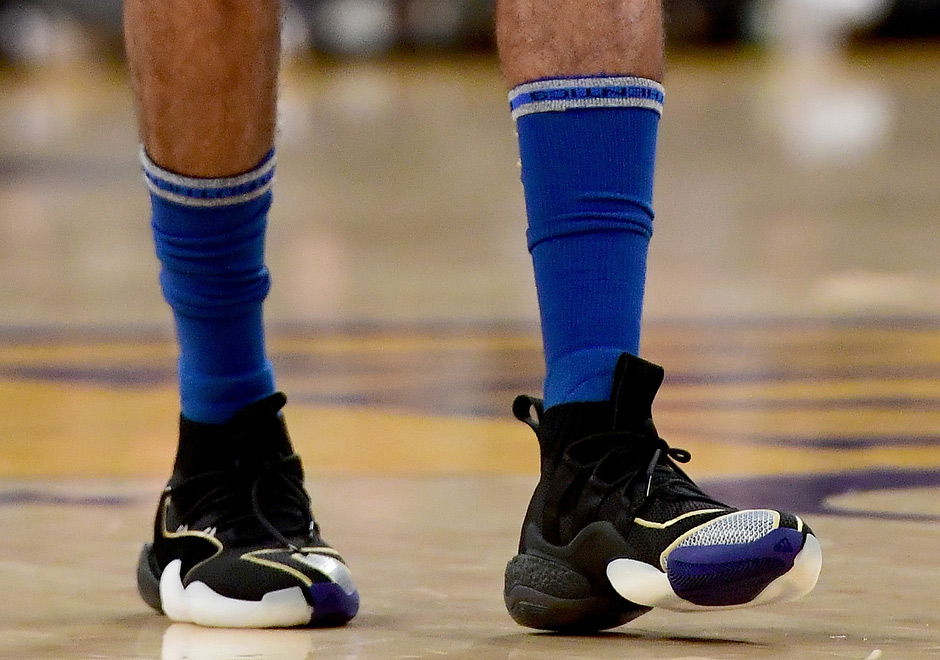