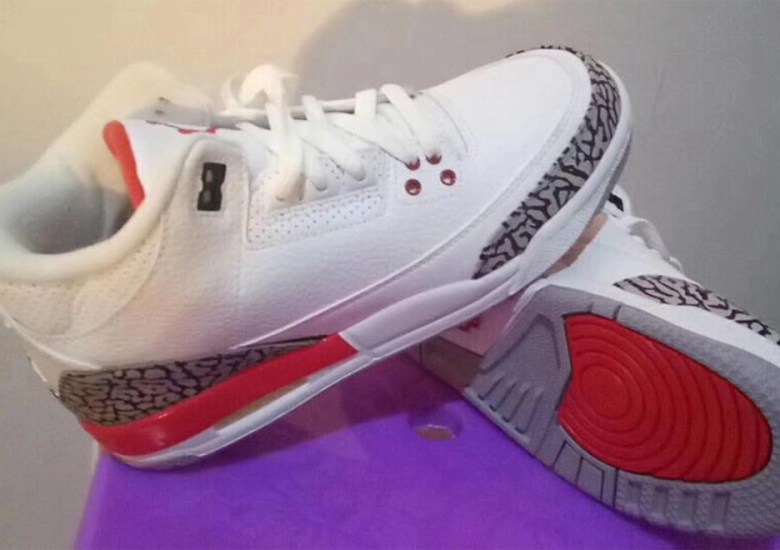 Originally a sample made in the aftermath of Hurricane Katrina in an attempt to raise funds, the Air Jordan 3 “Katrina” will now receive a public release twelve years after its initial creation. The colorway serves as somewhat of a combination of the “Fire Red” and “Cement” Jordan 3 with its use of Cement print and Fire Red coloring. One interesting thing to note is that the shoe does not appear to feature the “Nike Air” branding on the heel, opting instead for the Air Jordan moniker. This rendition of the Jordan 3 is a clean blend of two classic colorways, and it’s surprising that it took twelve years for them to drop. The release date for the Jordan 3 “Katrina” is rumored to be in May 12th, 2018, though Jordan Brand has not yet released any official information regarding the shoe. Stay tuned to Sneaker News for all the latest info as it becomes available. 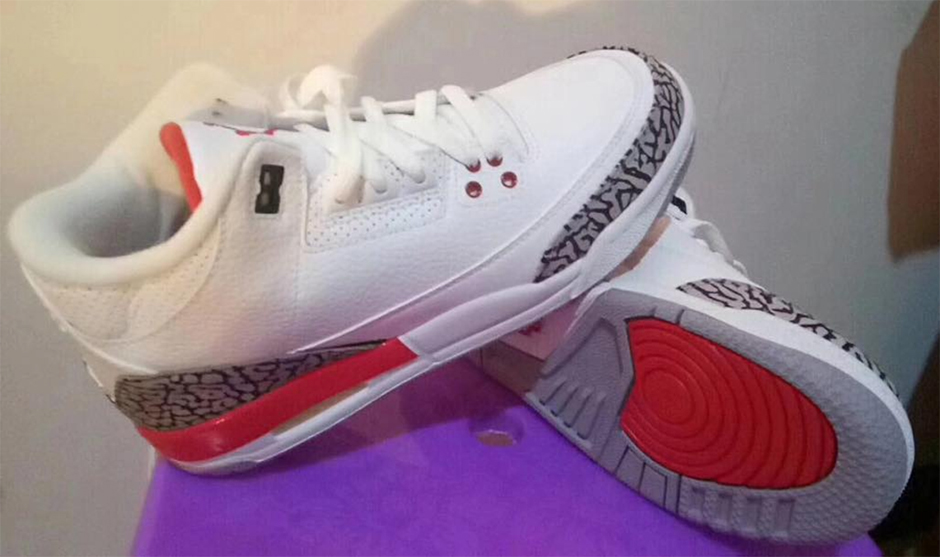