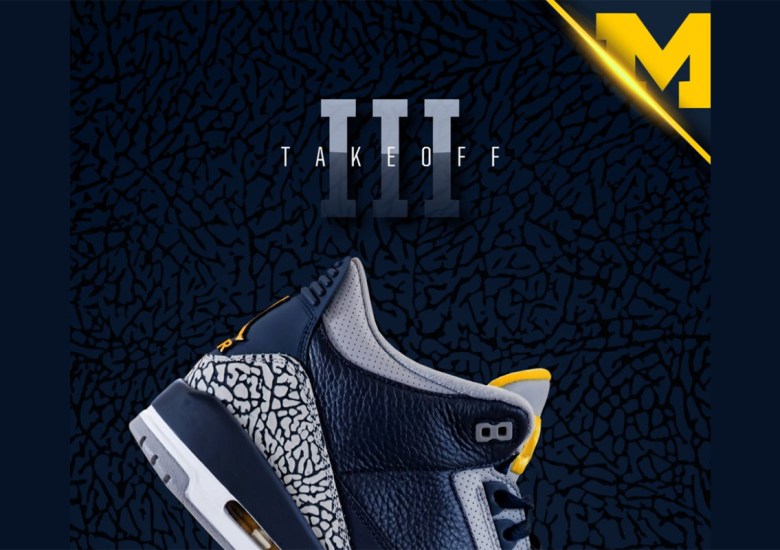 It has been a fruitful year for the partnership between Jordan Brand and the University of Michigan, as it has led to numerous Player Exclusive offerings consisting of some of the most coveted retro Jordan silhouettes. Next up, in honor of their upcoming Outback Bowl appearance, is the Air Jordan 3 that gets dressed up in a colorway that utilizes nearly identical color blocking to that of the famed Black Cement 3. In this take, Michigan blue replaces the black and that bright golden yellow hue that is featured on the stripes of the Wolverine’s football helmets is placed on the Jumpman in the back, the insole lining, and of course, the giant Michigan M embroidered on the tongue. Sadly for you fans of Jordan and Michigan alike, this is just a Player Exclusive that you will need some serious connections to get your hands on. However, the Black Cement 3 is returning to its original “Nike Air” construction on February 17th of next year, so you do have that to look forward to. 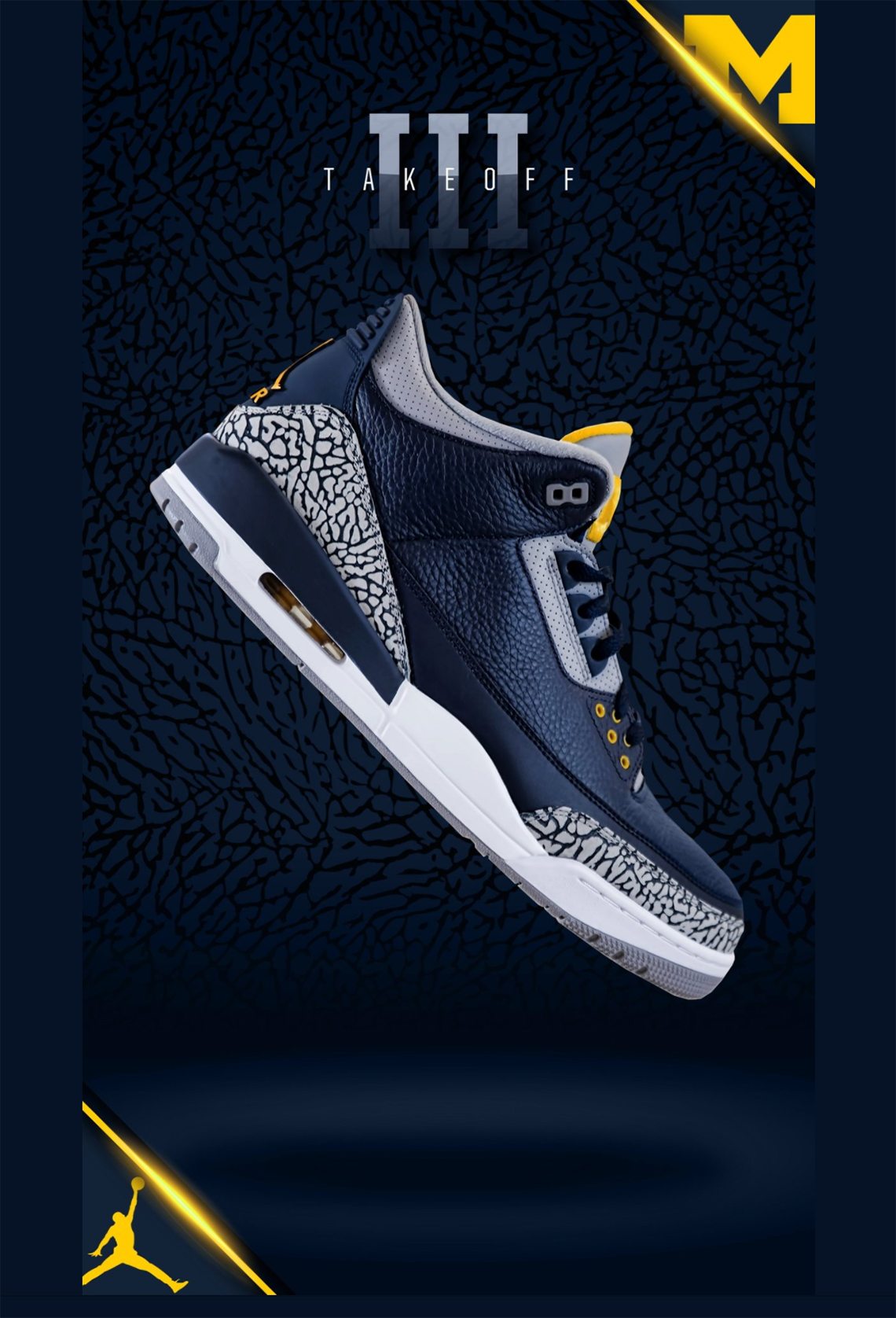