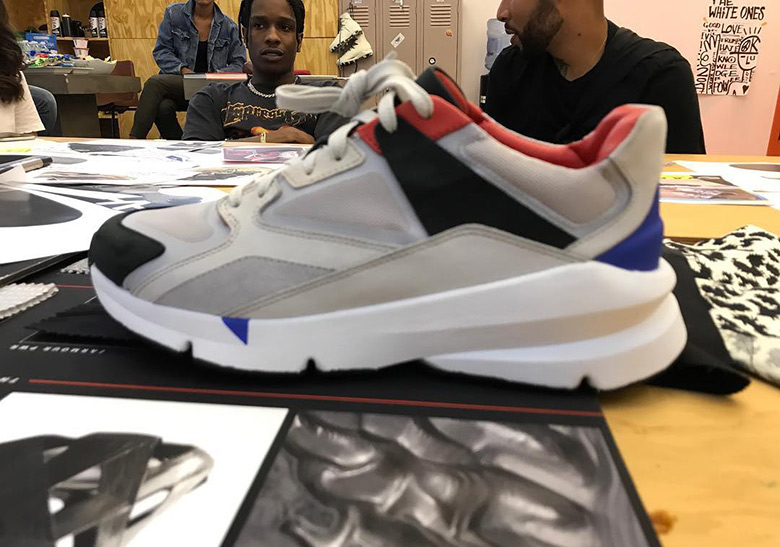 A$AP Rocky Spotted With Never Before Seen Under Armour Shoe

Under Armour’s ongoing efforts to break into the lifestyle footwear category made its biggest mark in 2017 as the brand officially announced a partnership with A$AP Rocky last June. We’ve yet to see anything come to light from that partnership, but it’s looking like something’s in the works thanks to this leaked photo that reveals the Harlem-based style icon and a sample of an Under Armour shoe. The upper is a clear take on the retro-style running shoe trend that’s sure to hit an apex in 2017, while the midsole is from the Forge 1 shoe from UA Sportswear, a shoe that quietly debuted last year. Under Armour confirms that the shoe here is not an A$AP collaboration, but an upcoming model from the aforementioned Forge 1 line. The A$AP Rocky x Under Armour Sportswear collaboration is set to debut this year.