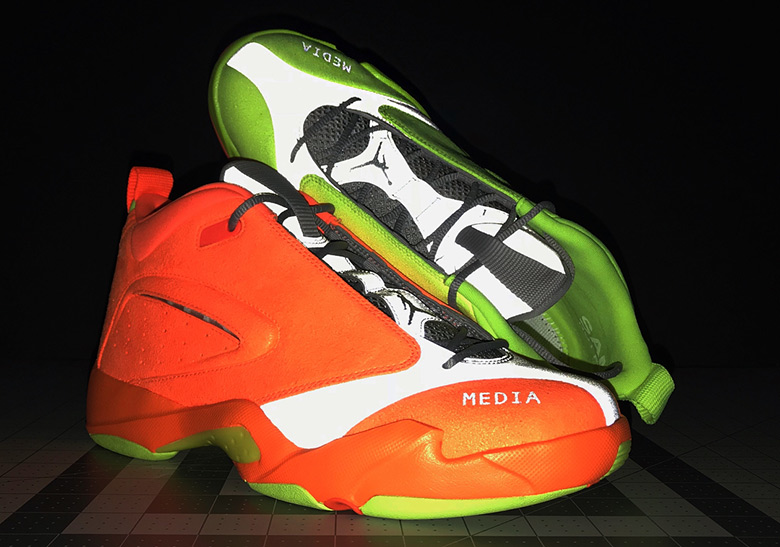 The post-Chicago era of Jordan saw the brand branch out to new athletes to carry the heavy torch. Shooting guard Eddie Jones was viewed as one of the few that would be able to bear that burden for Jumpman, so much so that the he received his own signature shoe in 1999 called the Jumpman Quick 6. This follow-up to the Jumpman Pro Quick, a shoe designed for athletic and speedy guards, had visible air vents on the upper to mimic the aggressive intakes on sports cars; the name itself comes from Eddie’s jersey number. Today, Jordan Brand employee Frank Cooker reveals a sample colorway of this forgotten shoe in alternate neon orange and green color-blocking. It simple says “MEDIA” on the toe, and we can’t help but notice that the “EJ” initials on the lace eyelet are missing. Like many of Frank’s leaks on his personal Instagram, this latest Jordan sample will likely not release to the public. 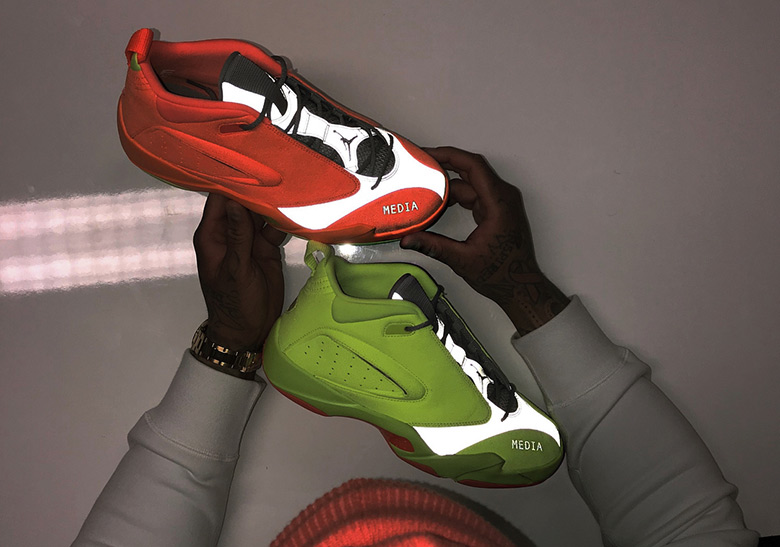