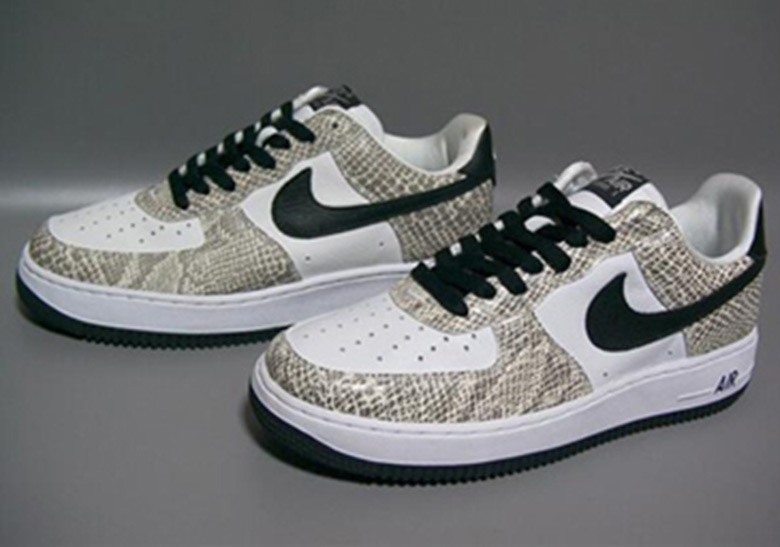 With the sudden return of both the Hong Kong and Taiwan editions from the early 2000s, the Air Force 1 has reclaimed the attention of OG AF1 fans with these unexpected re-issues of classics. Joining the fray is the legendary “Cocoa Snake” edition that sees the low-top classic wrapped in snakeskin leathers on the toe, heel, and lace collar. The “Cocoa” joints have since gone on to reprise its role on the AF1 in various styles, even taking on the name of “Un-cocoa” with later iterations. Thankfully, the 2018 retro, which is currently set to drop in the month of March, seems true to the original based on this first look. Is this a must-have for you?