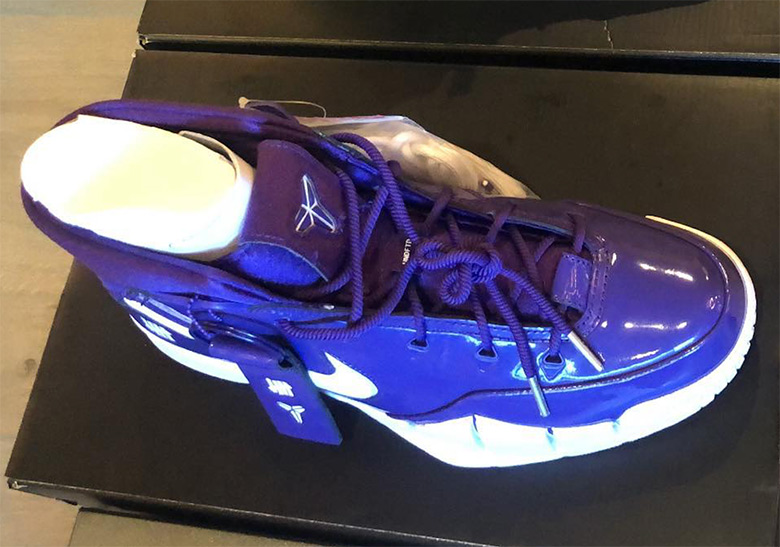 As we get closer to Mamba Day – April 13th – Kobe Bryant’s signature series with Nike is heating up, with the introduction of the brand new Kobe AD NXT 360. During NBA All-Star Weekend, Kobe had all of Nike fans in his clutches as well, as his UNDEFEATED x Zoom Kobe 1 Protro collaboration hit shelves as one of the highlights of the festivities. Now, Nike endorser Travis Scott revealed an unreleased UNDFTD x Protro on his IG stories that comes dressed almost entirely in purple patent leather with a white midsole/outsole unit. Currently, there is no word on whether or not this pair – or the olive green sample sitting next to it – is scheduled to release. Enjoy a first look here and stay tuned for any new happenings surrounding Mamba Day.