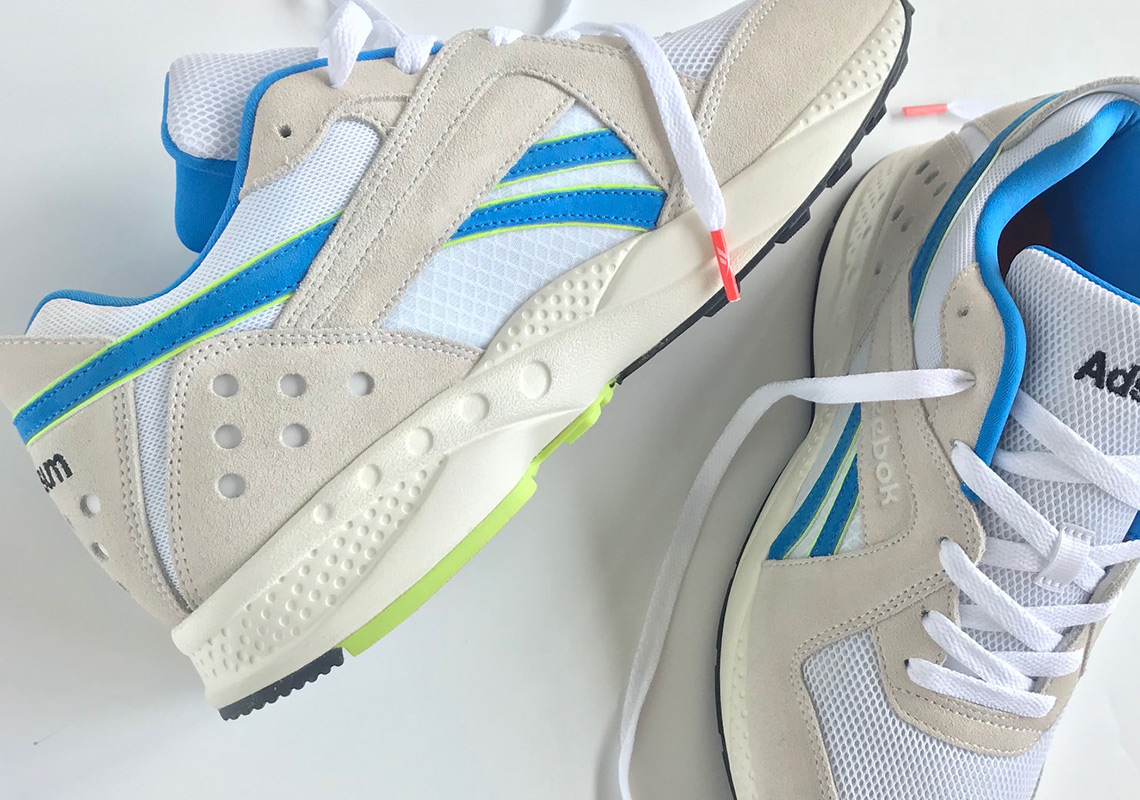 The Reebok Pyro, a gem of a runner from 1992, is poised to make another return in 2019 in the form of original colorways and limited edition collaborations. Today, we get a first look at one of the latter – an upcoming release with NYC-based menswear brand Adsum. This design opts for a sporty blue and citron green accents against a more “vintage”-esque pairing of cream suede and white mesh, while Adsum branding replaces the Reebok logos on the tongue and the heel. With the trend of 90s runners reaching an all-time high, we expect the Pyro re-issue to fare better than it did back when Reebok first brought back this silhouette in 2016. Peep a full image of the Adsum x Reebok Pyro below and expect a release during the SS19 season. 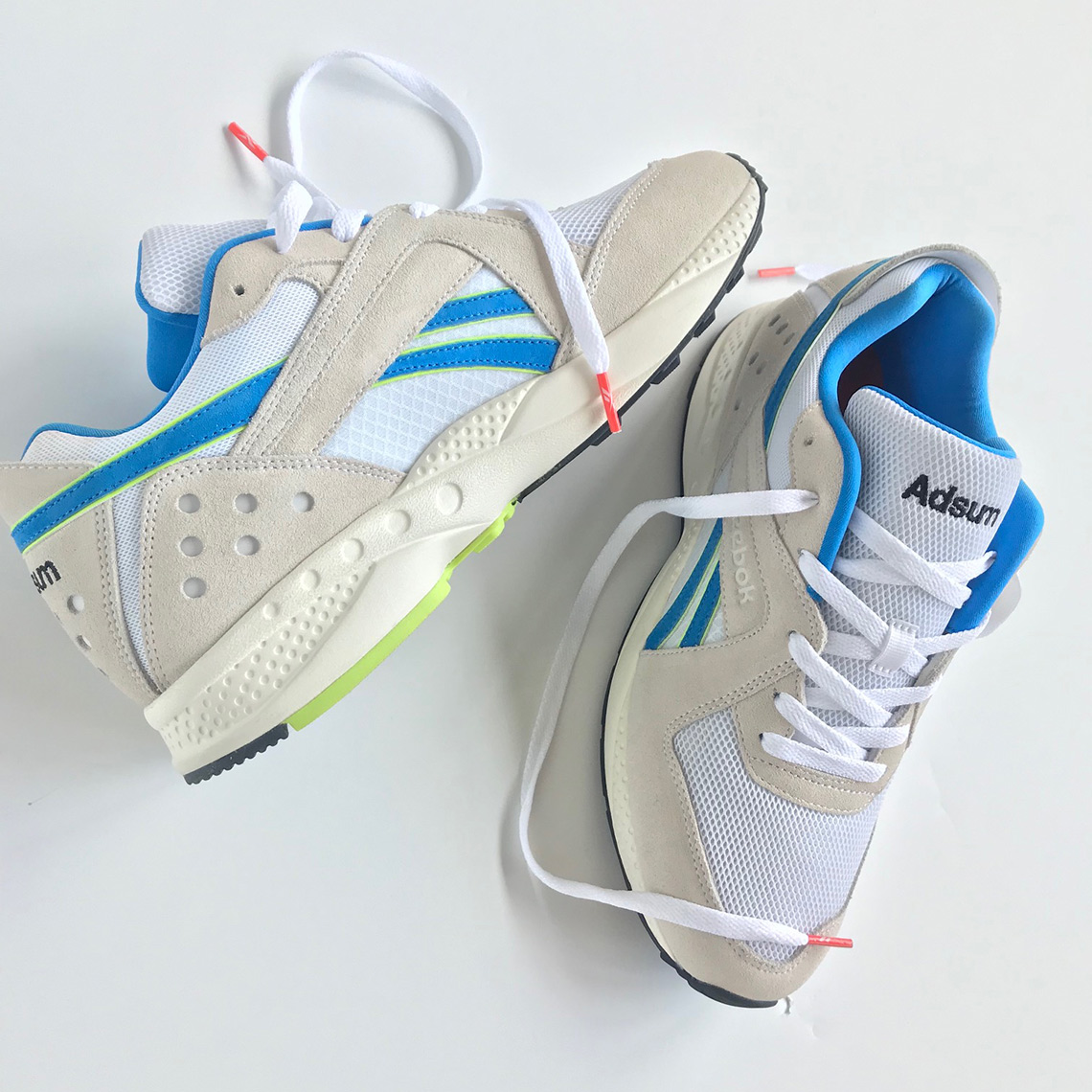