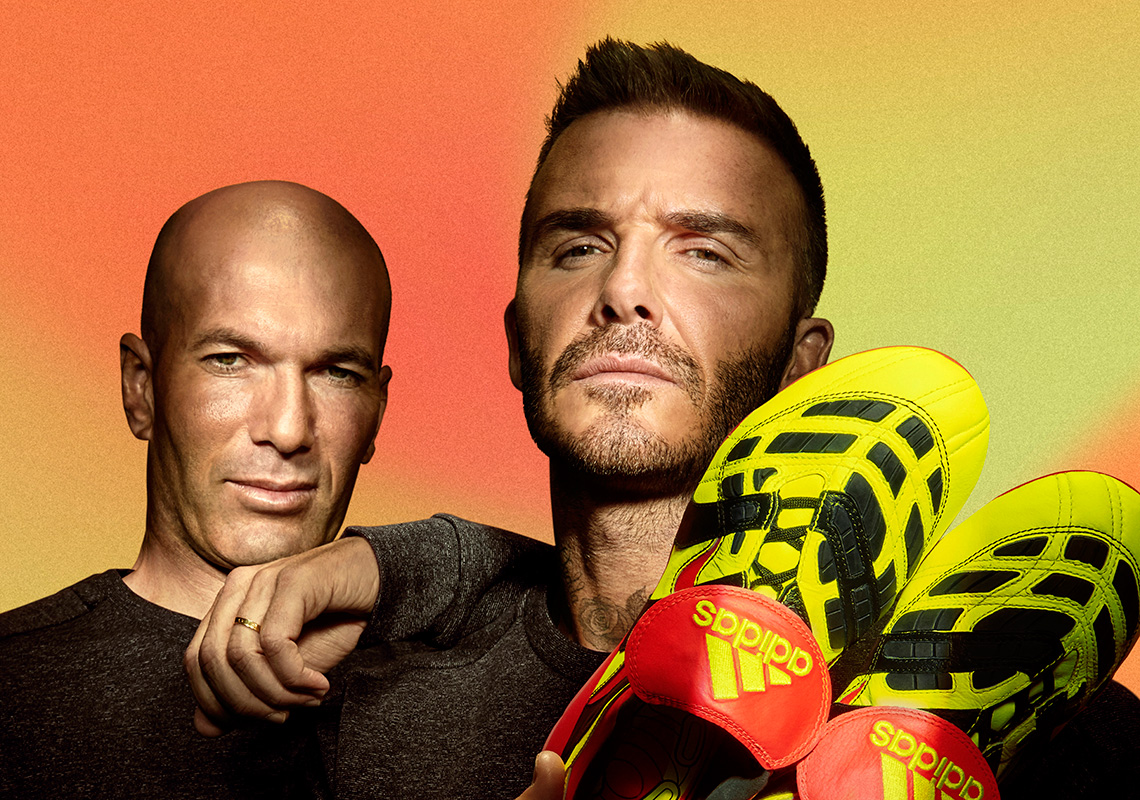 With the World Cup’s knockout round completed and the quarterfinals set to begin later this week, adidas is set to relaunch one of their most iconic cleats—or boots if you’d prefer—of all time, and they’ve enlisted two of their most legendary endorsers to do it. David Beckham and Zinedine Zidane recetly helped premiere the Predator Accelerator Electricity, a classic cleat from 1999 that was originally produced in a limited run of 999 pairs.

Re-releasing in both trainer and cleat form, the shoe takes the original’s wild abstract upper design and head-turning combo of solar red, solar yellow, and black and adds modern technologies for a cleat that’s rooted in heritage but holds up to the demands of the world’s best footballers in 2018. The cleat offers a Primeknit inner lining for ultimate flexibility and a modern day Sprintframe outsole for speed, while the trainer swaps the original’s TPU midsole for full-length Boost cushioning. Both pairs are set to release at 3am EST July 5th on adidas.com in a limited run of 1,999—nodding to their original release year—with the cleat retailing for $350 while the trainer arrives at $250. 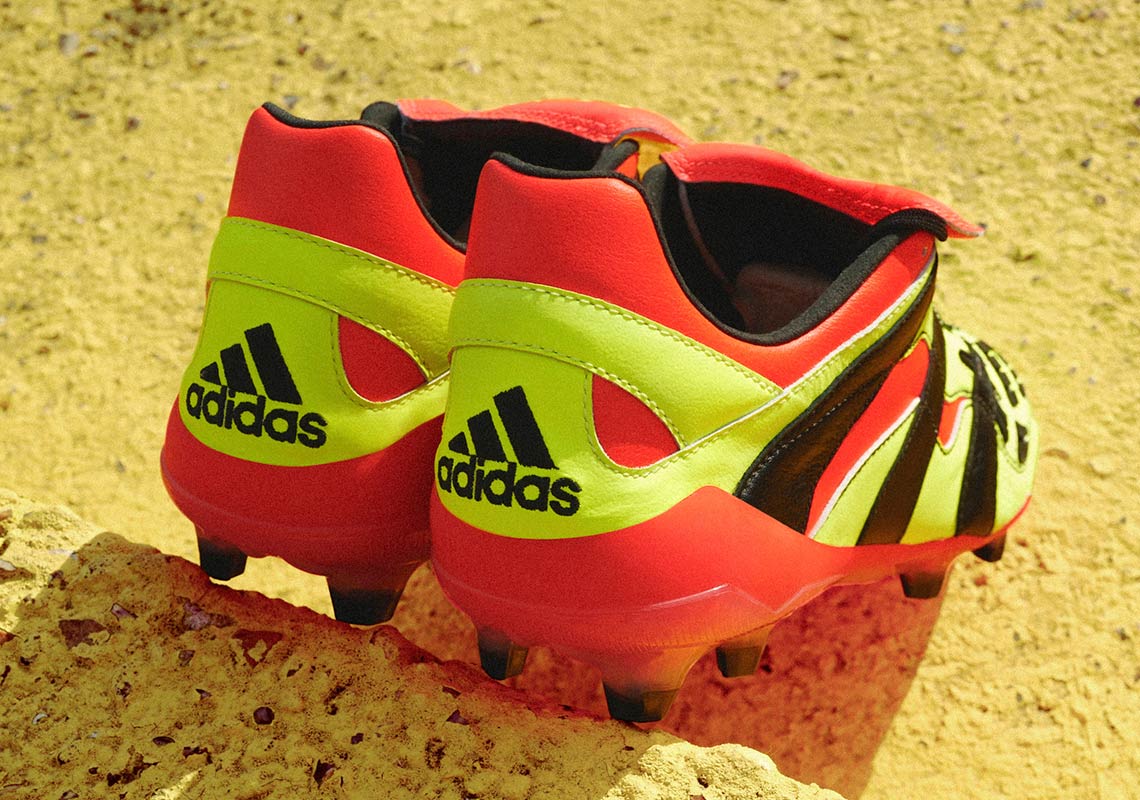 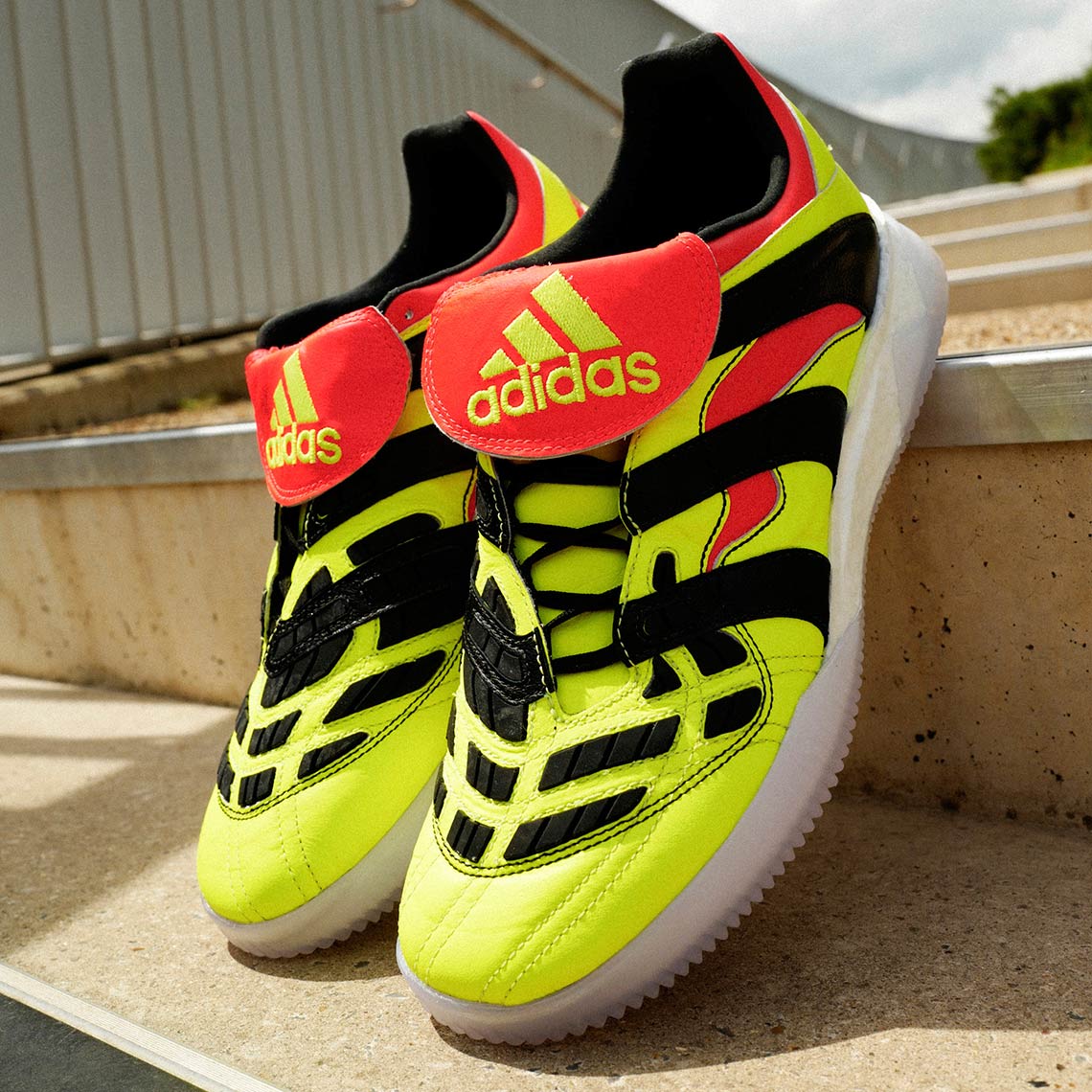 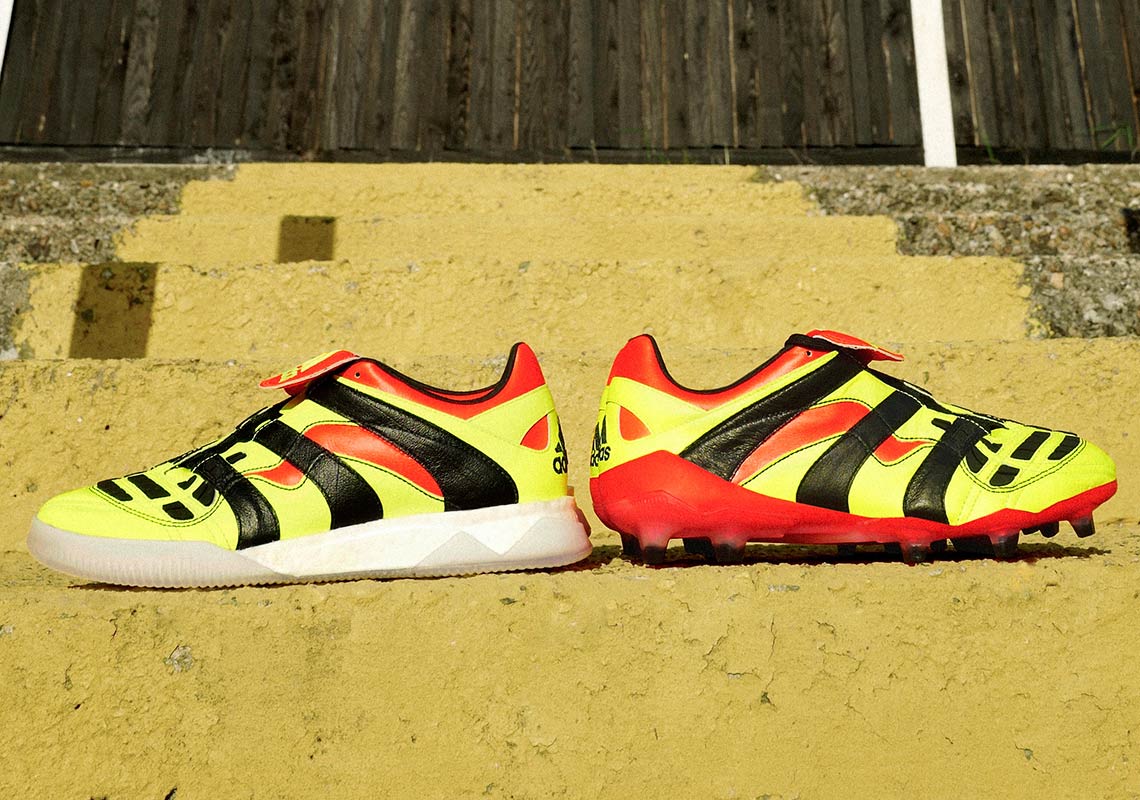 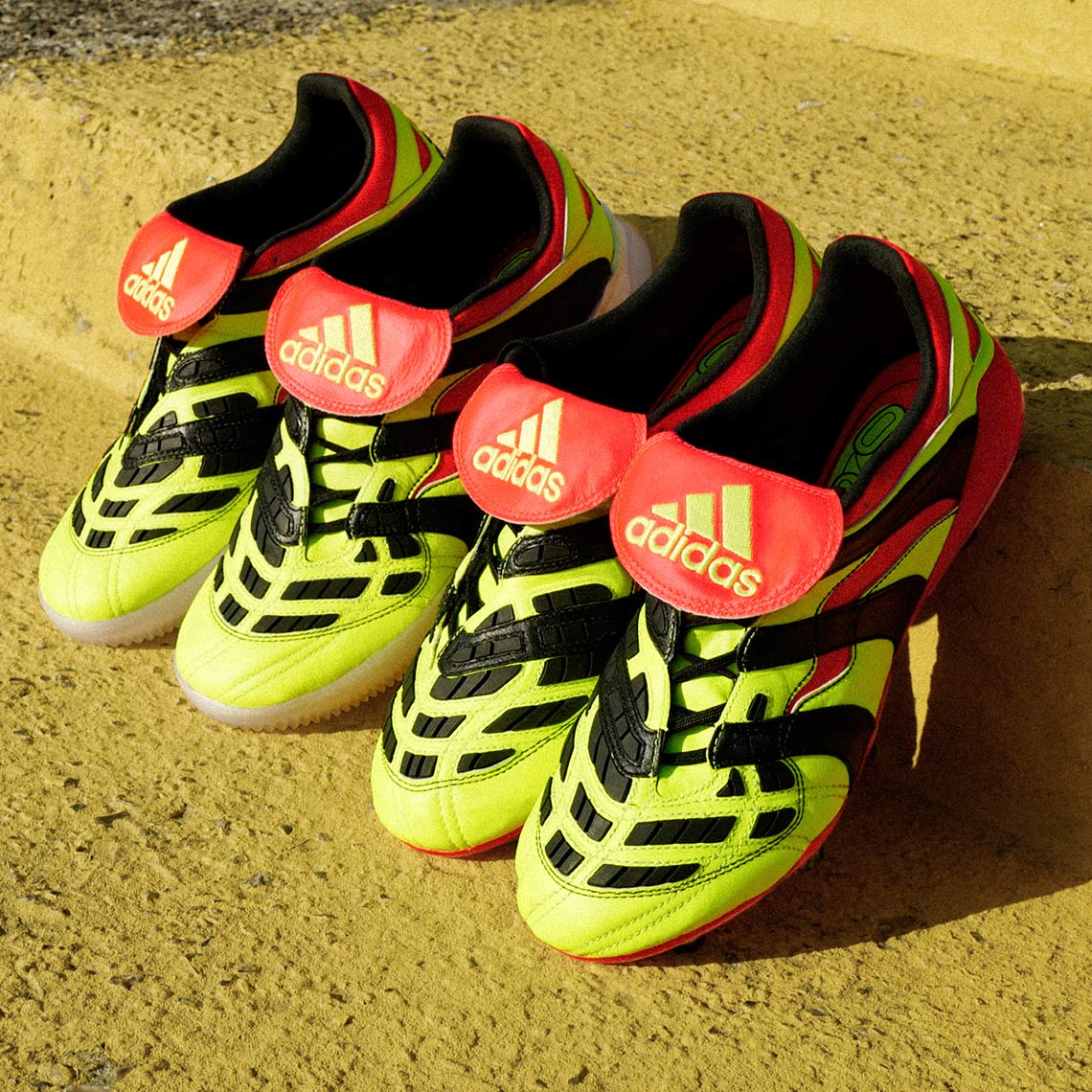 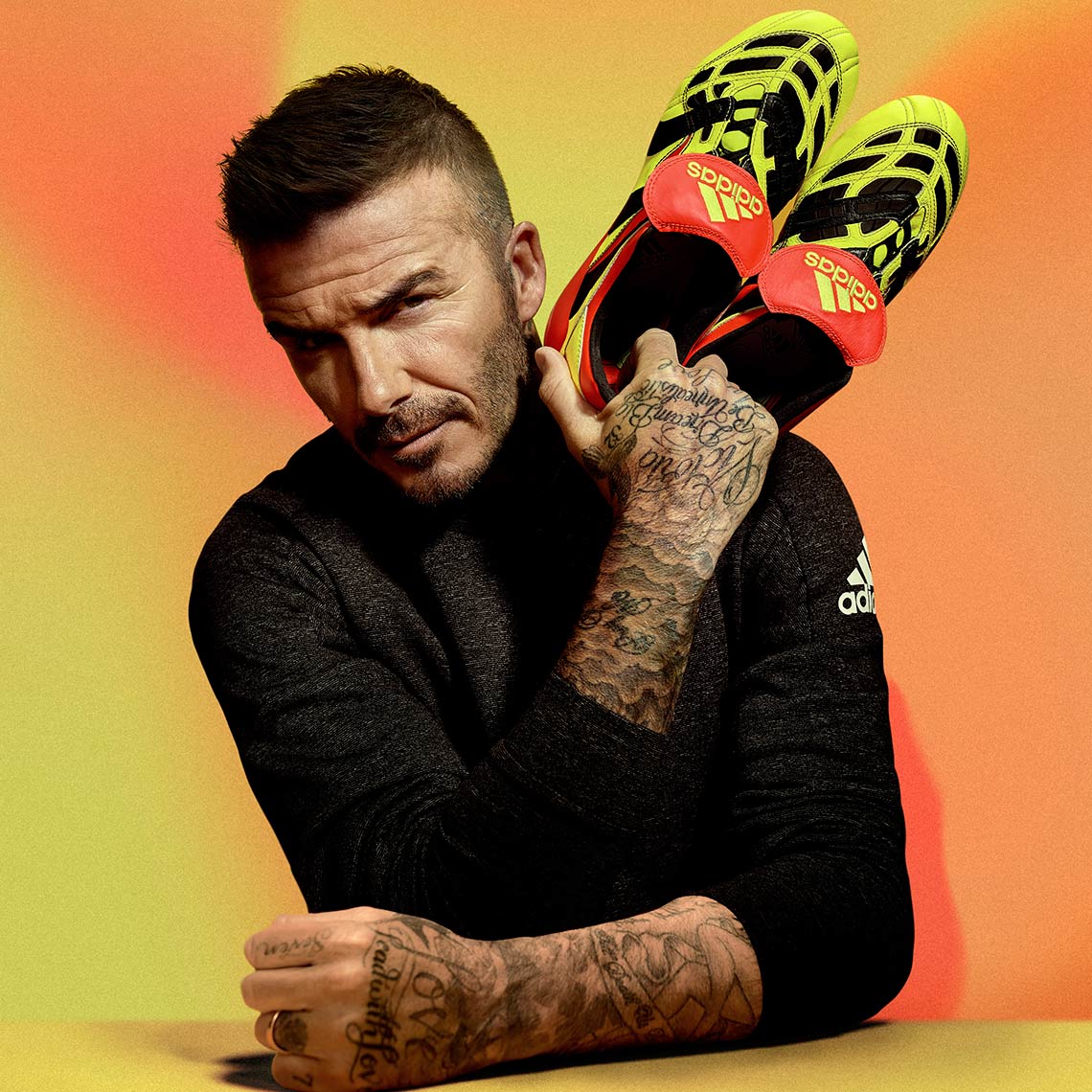 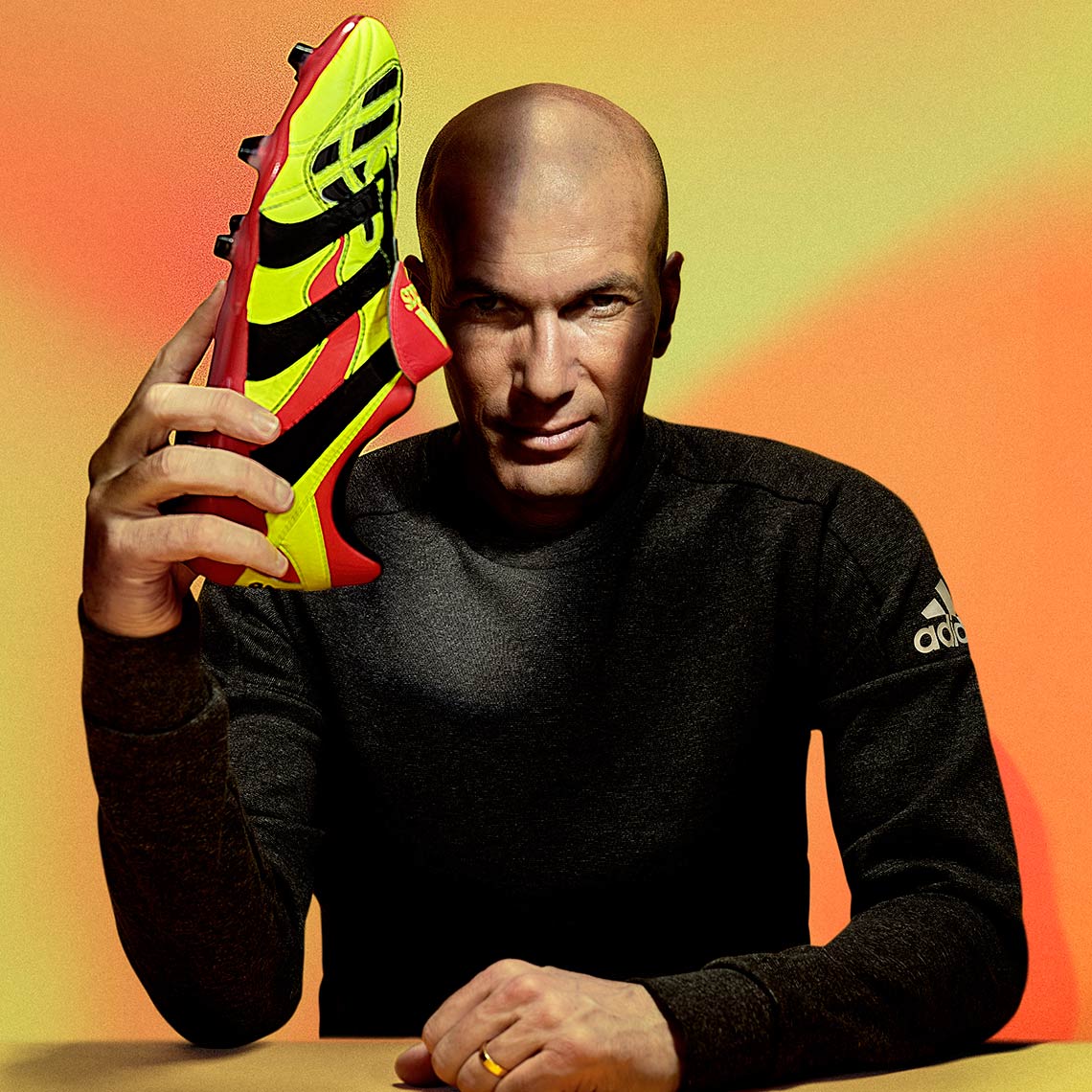