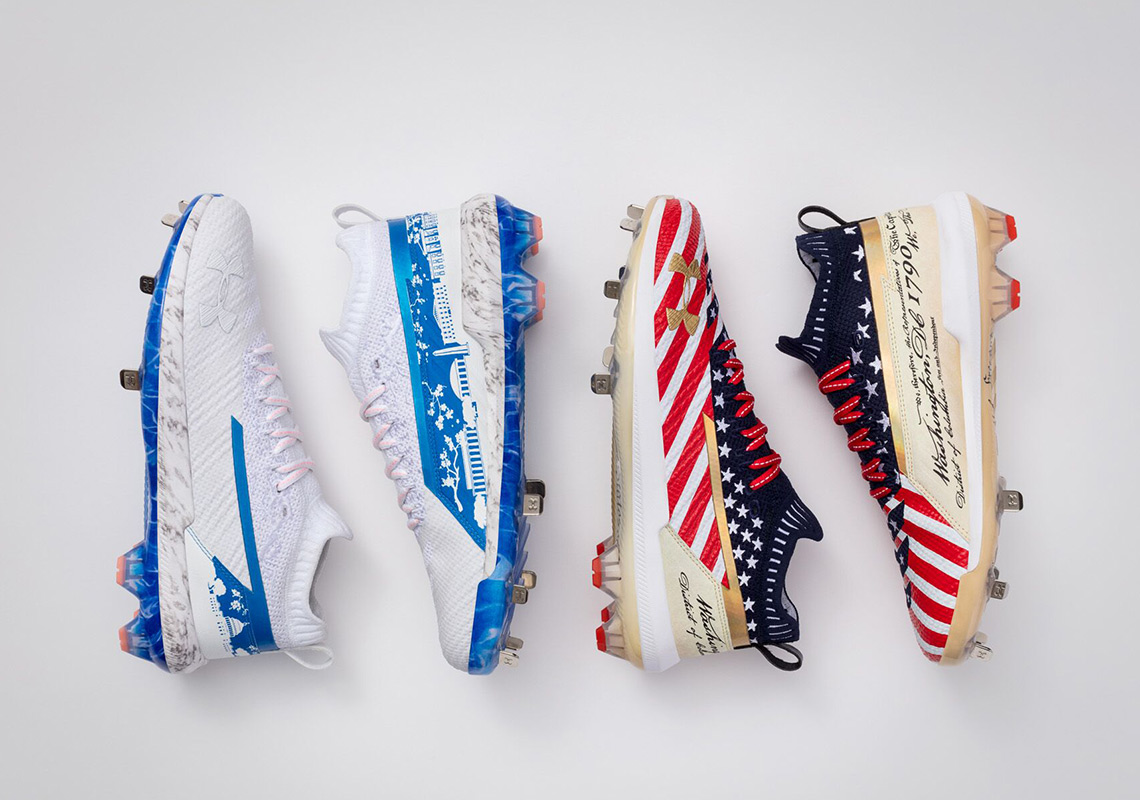 Every year’s midsummer classic between the National League and the American League has a proverbial spokesperson, which is almost always the most popular player from the city in which the game is being played. As expected, Bryce Harper will be playing host to this year’s festivities that will be going down at his home away from home, Nationals Park. Not only was Harper voted by the fans as a starting outfielder for the senior circuit, but he will also be looking to launch balls into orbit during tonight’s Home Run Derby. To celebrate, UA is hooking up its flagship baseball athlete with a special edition cleat for each night.

Dressed in blue and white, the All-Star game version features Washington D.C.’s monumental skyline with images of the U.S. Capitol Building, the John F. Kennedy Center for the Performing Arts, the Washington Monument, the Lincoln Memorial and the Jefferson Memorial. Its outsole cleat plate features a unique water pattern that is meant to resemble the Reflecting Pool at the feet of the Lincoln Memorial. Finally, the cleat’s insole comes flooded with graphics of D.C.’s gorgeous cherry blossoms.

On the other hand (foot), Harper’s cleats for tonight’s Derby feature an aesthetic that is clearly derived from the national flag, with red, white, blue, and gold detailing. All 50 stars representative of each state can be seen on the design, while its heel, medial side, and plate usher in script from the US Constitution. Both of these special edition UA Harper 3 Low cleats for All-Star Weekend are available at UnderArmour.com for $120 USD right now. 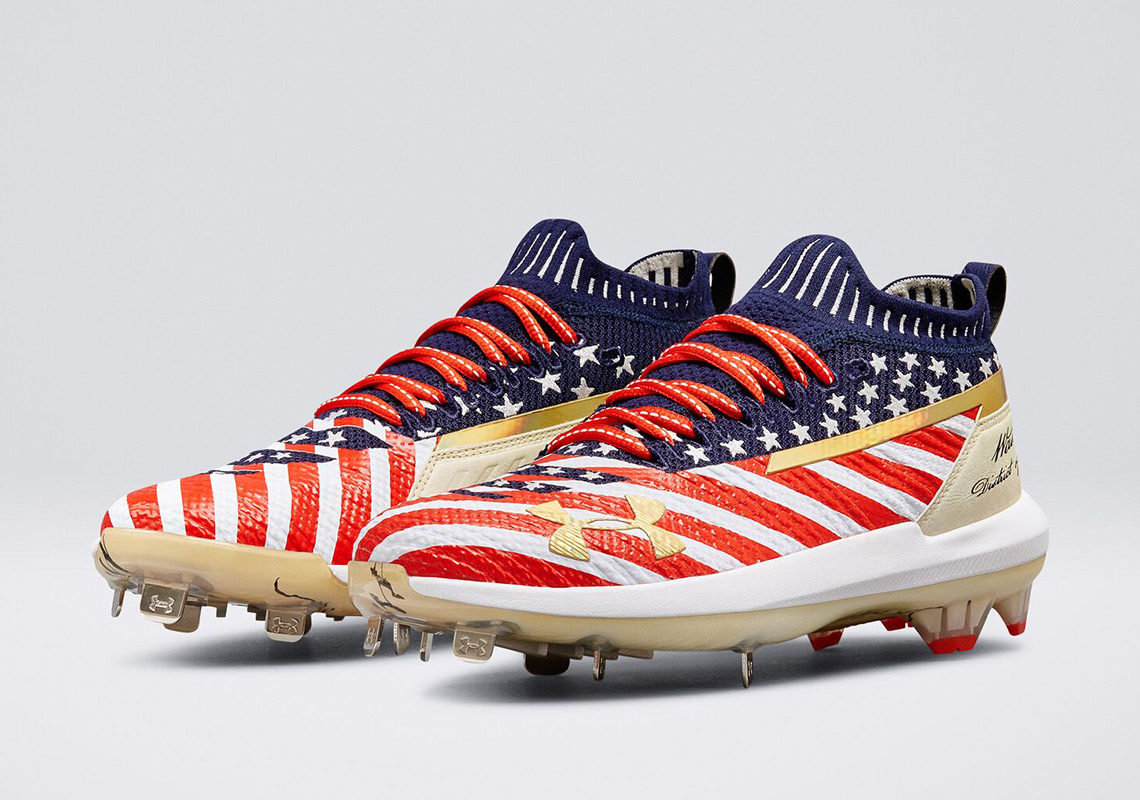 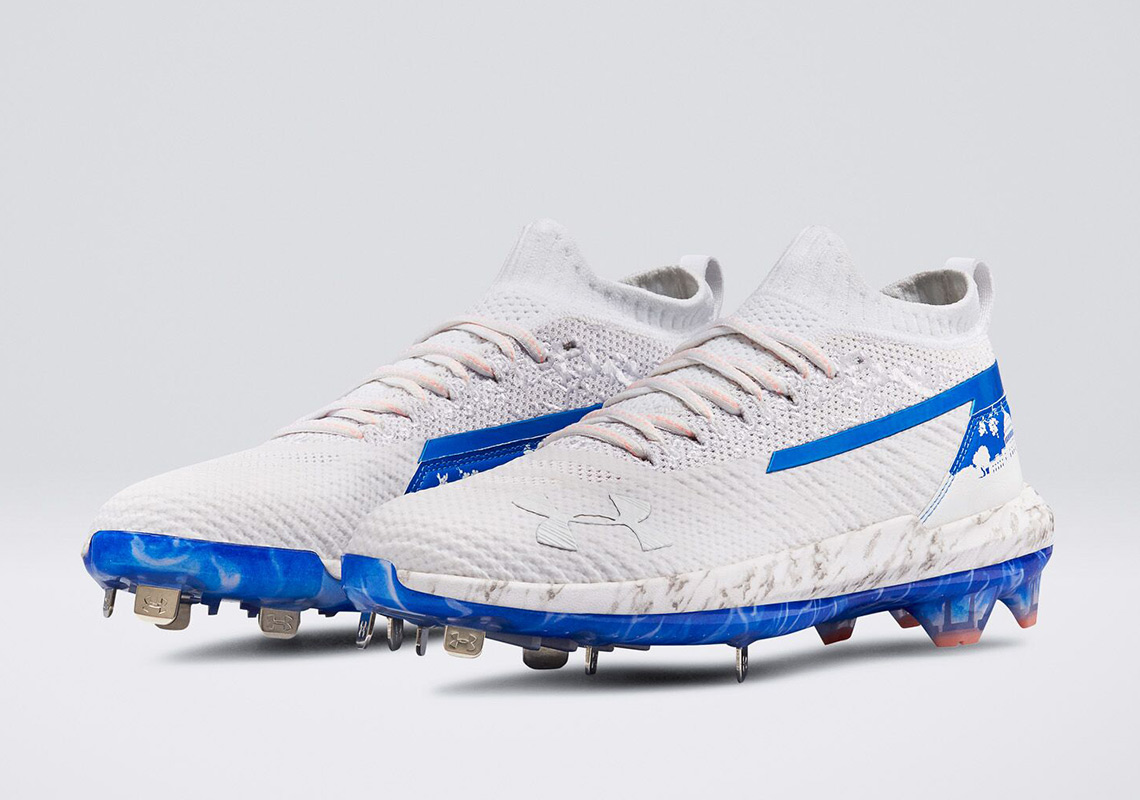 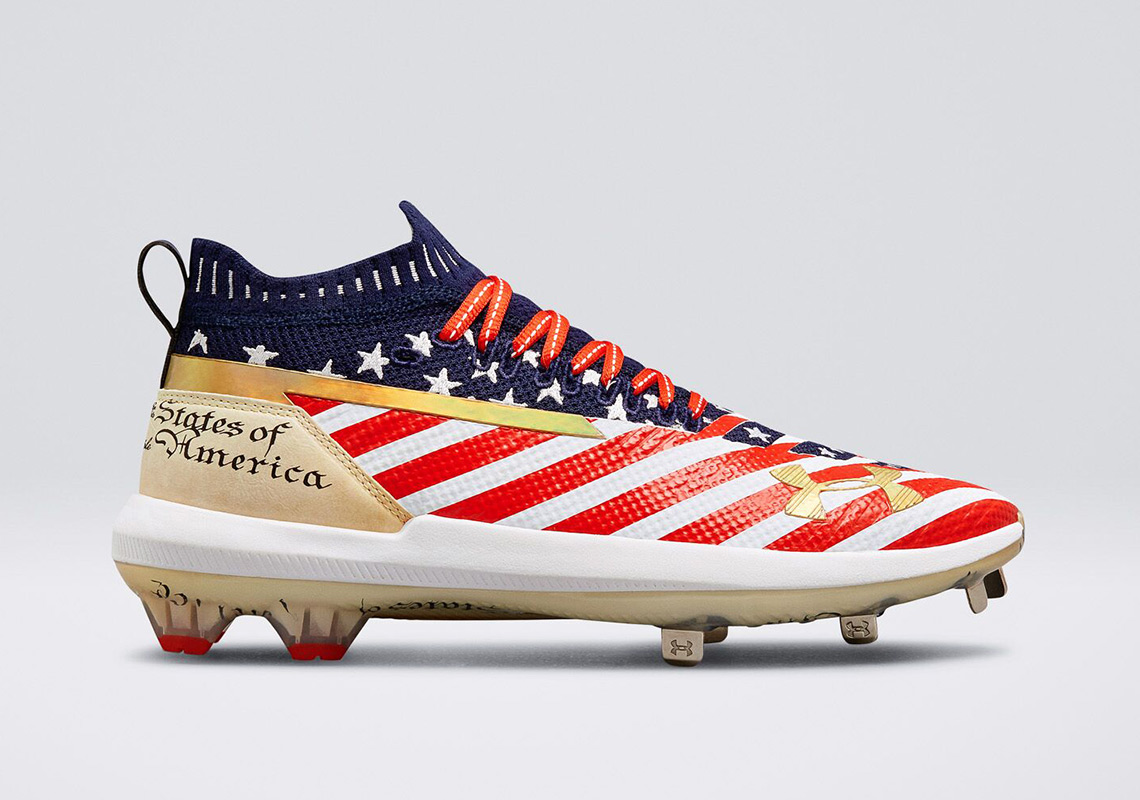 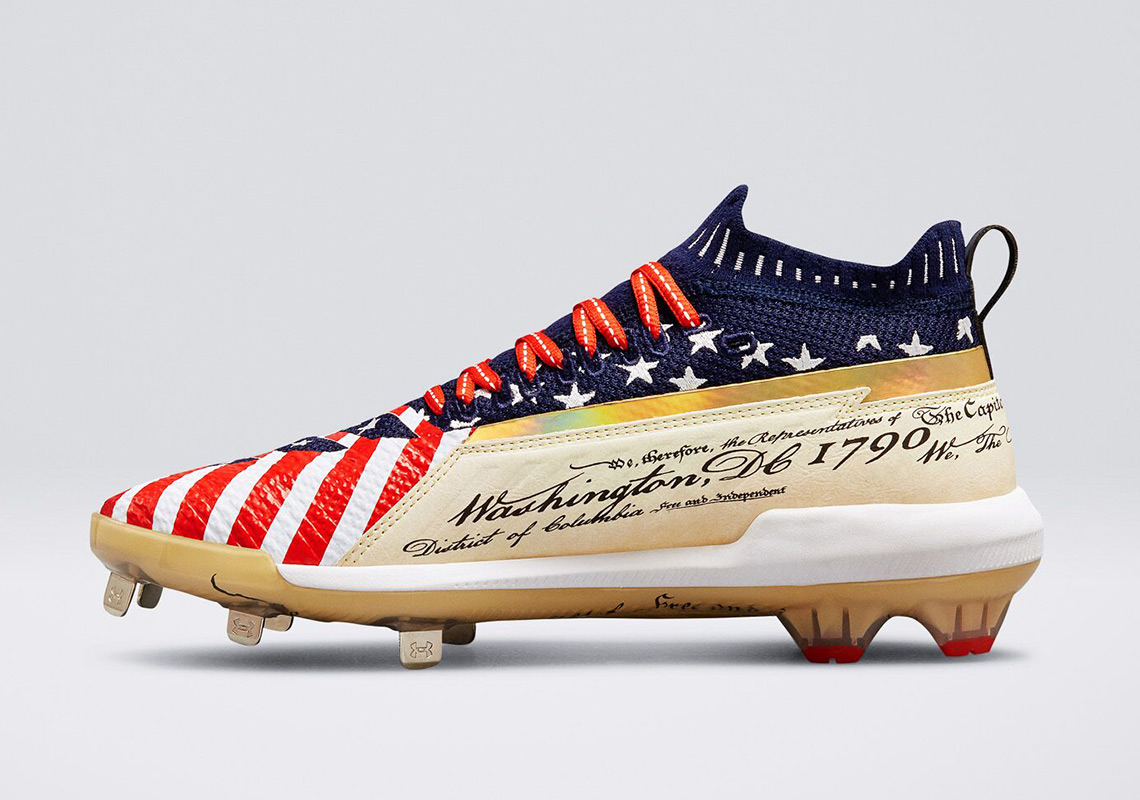 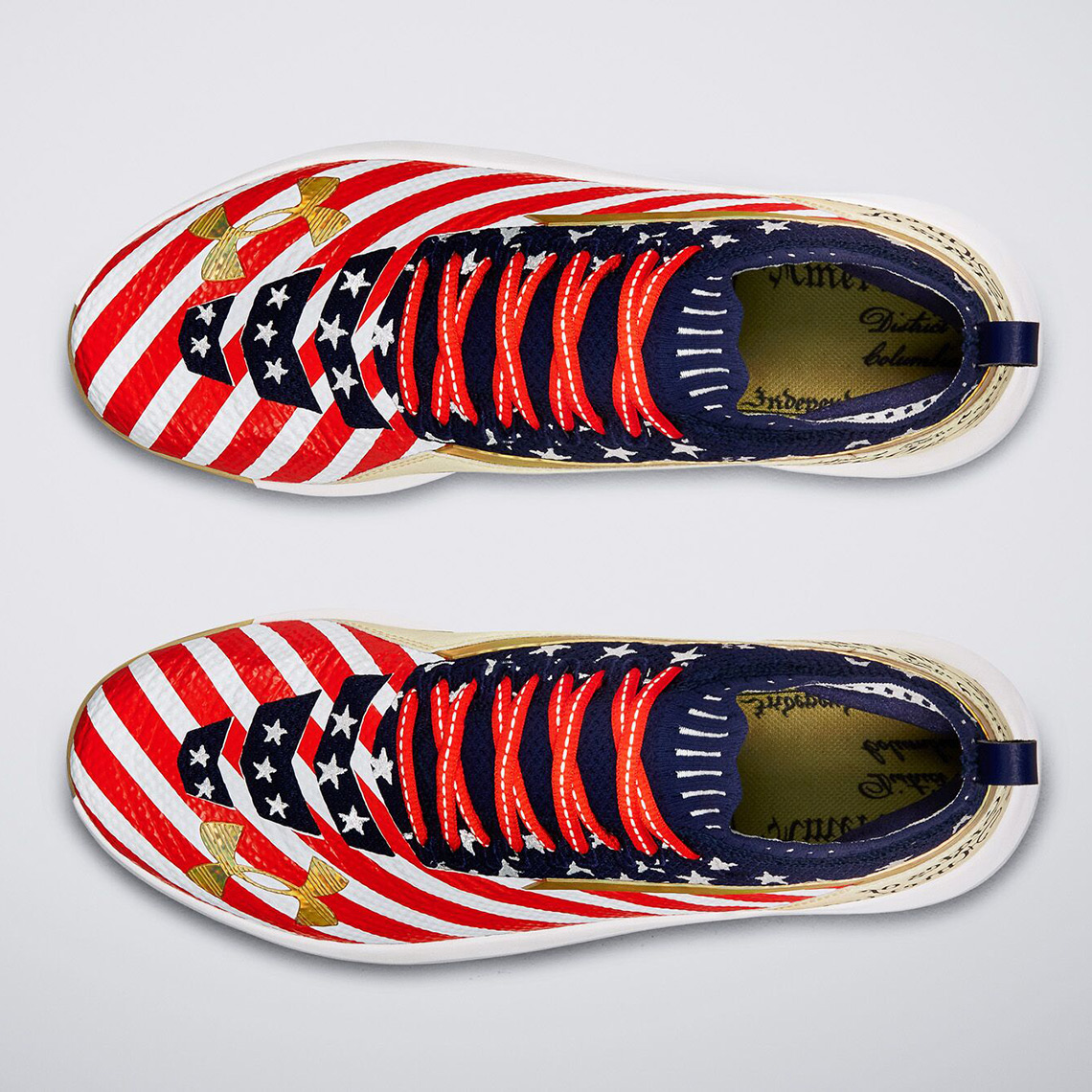 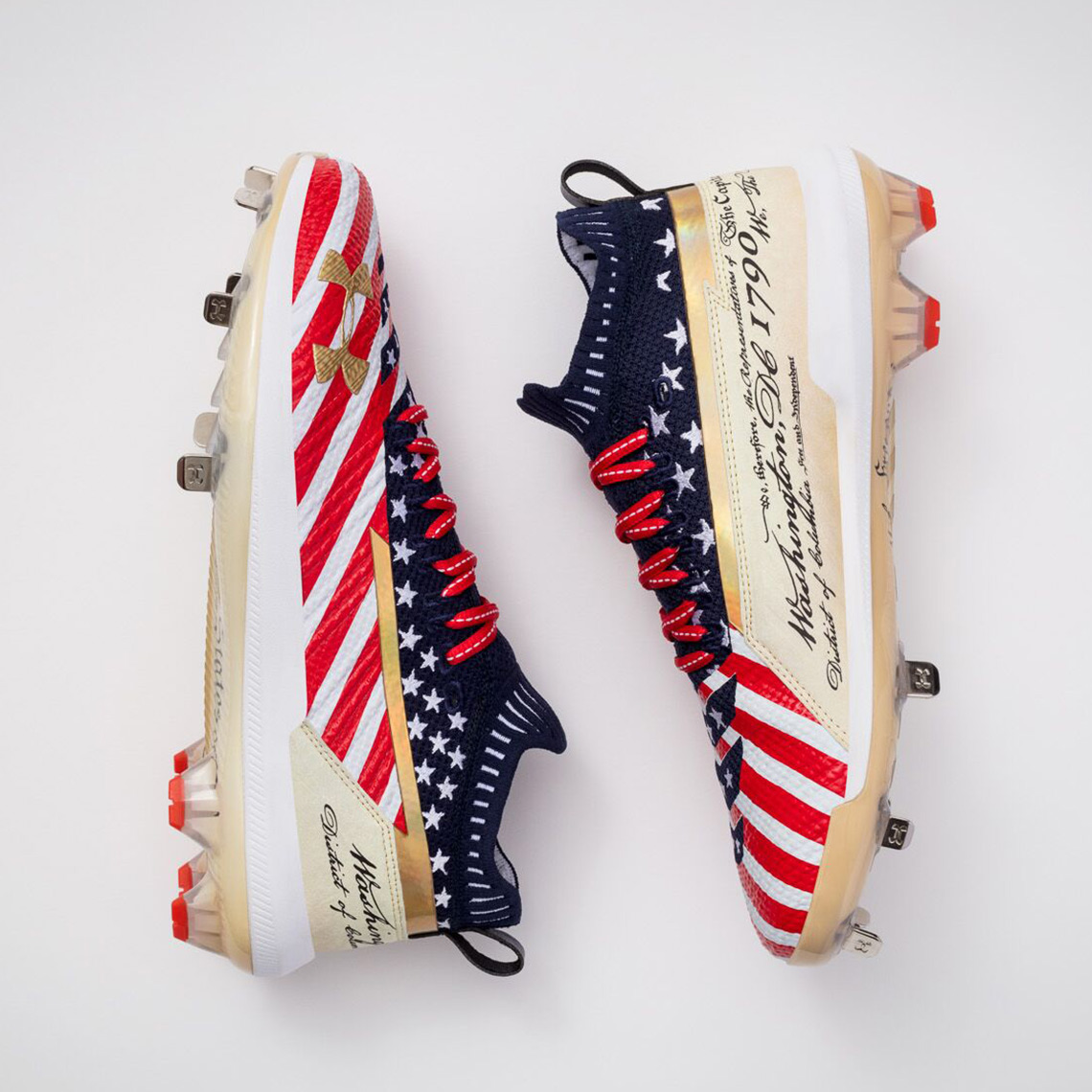 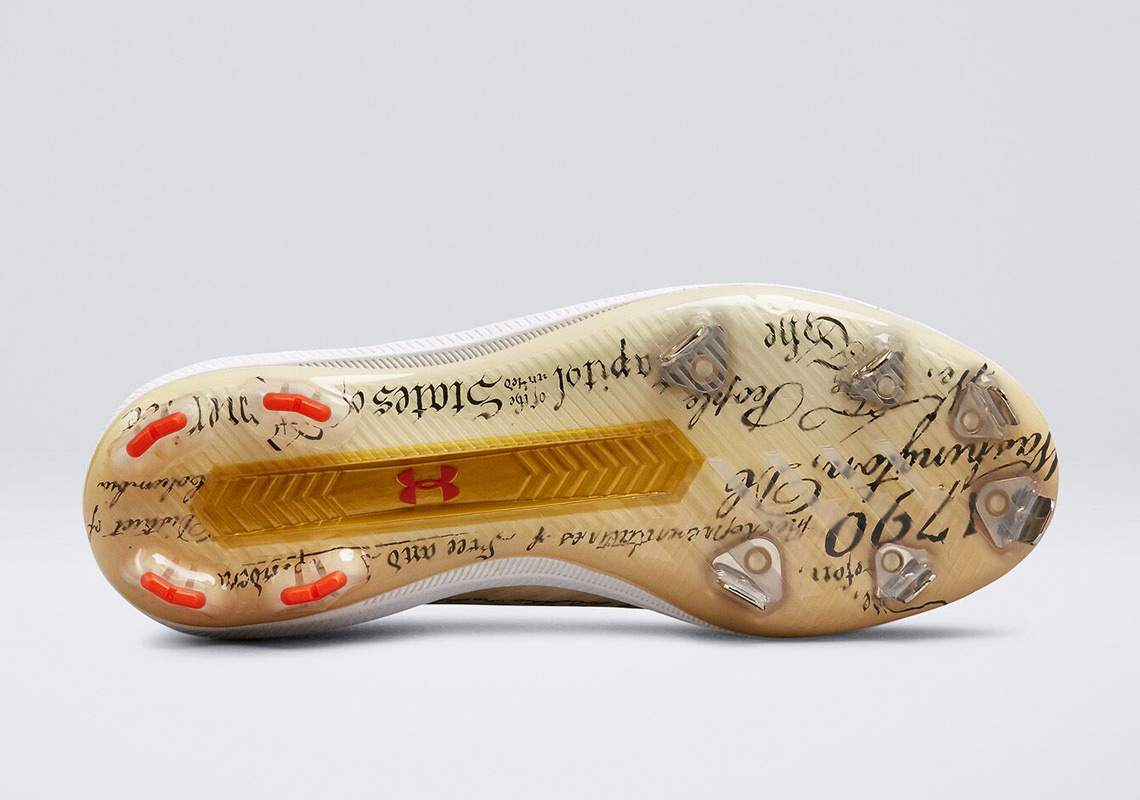 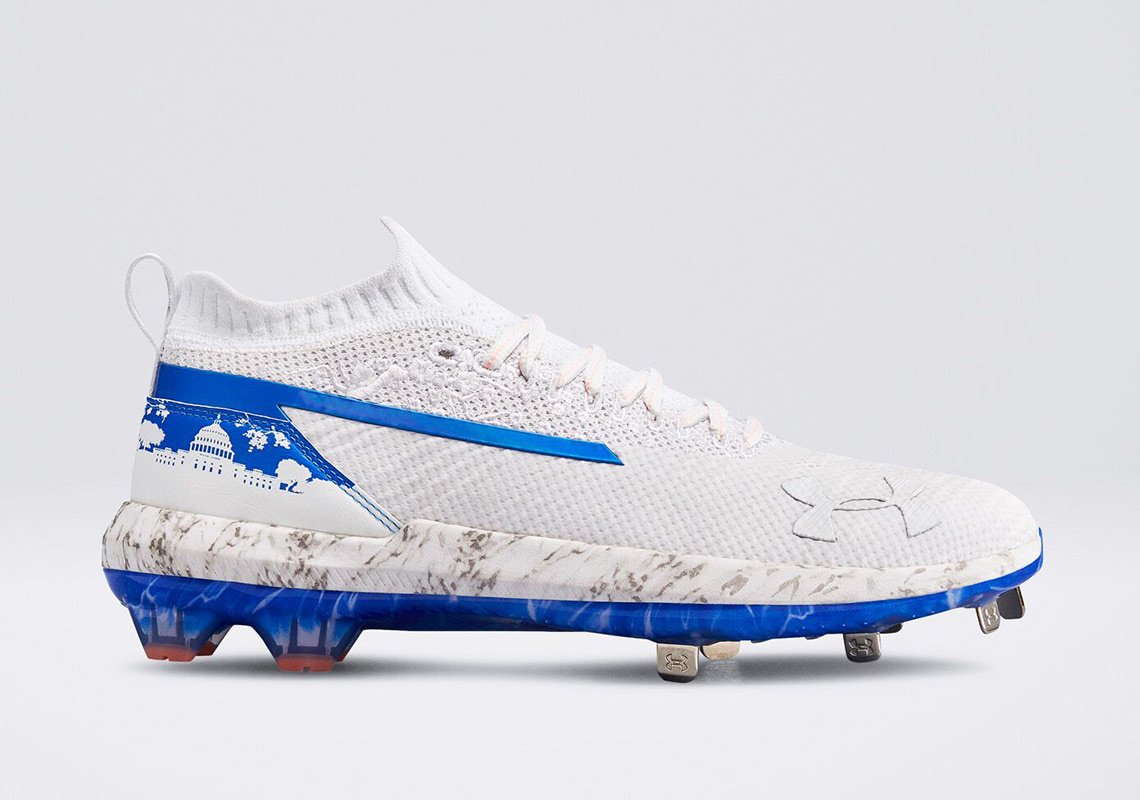 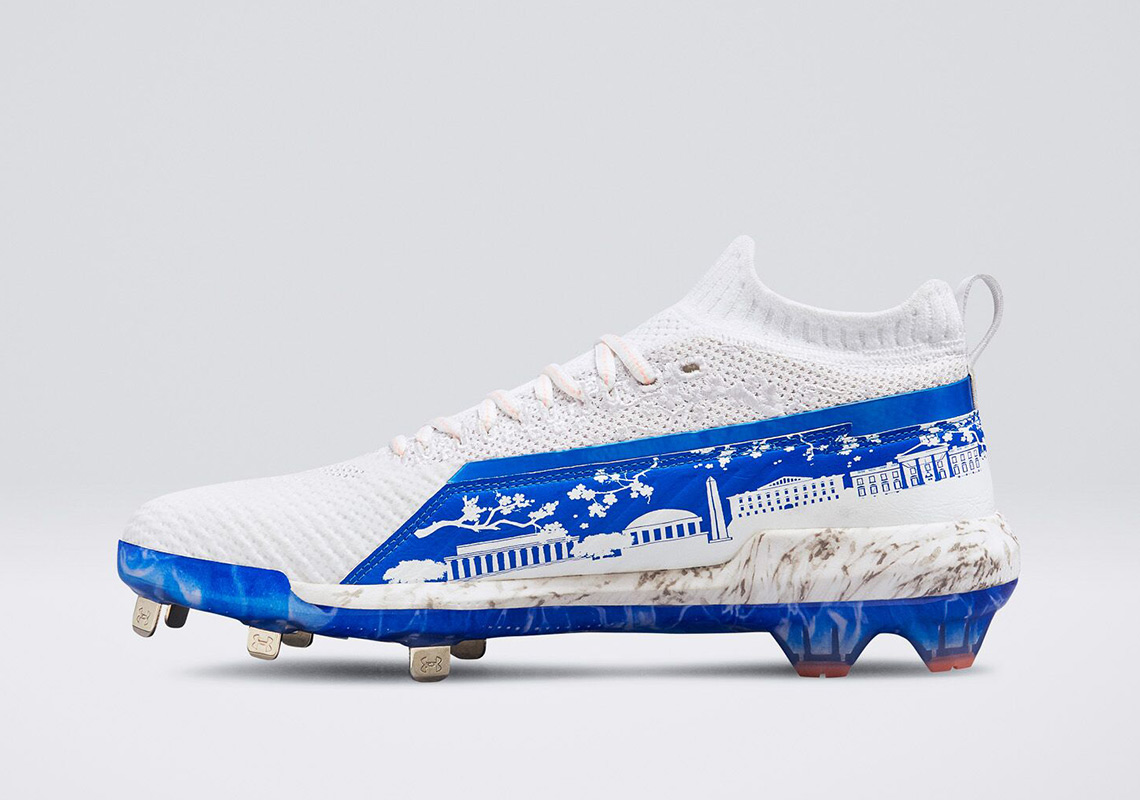 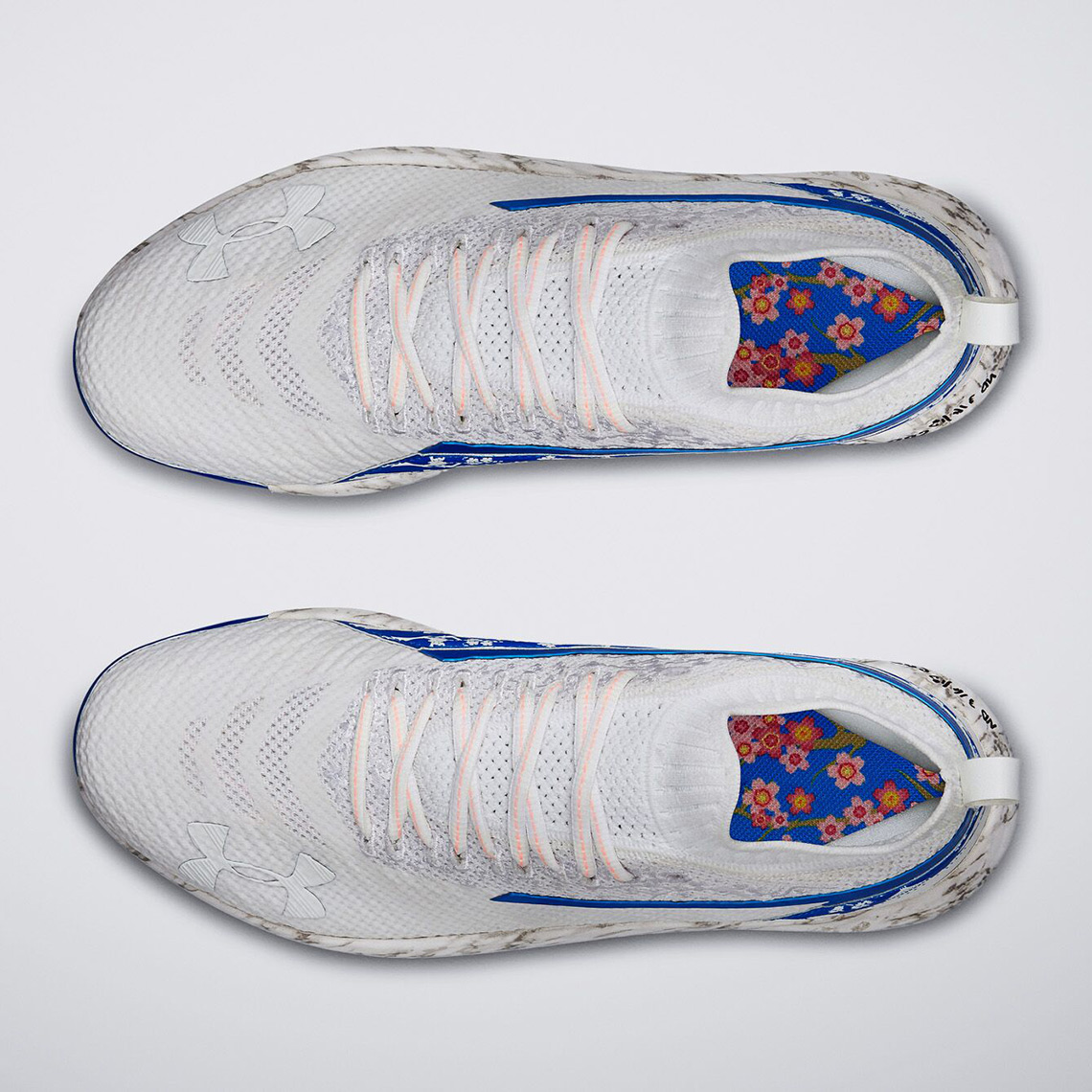 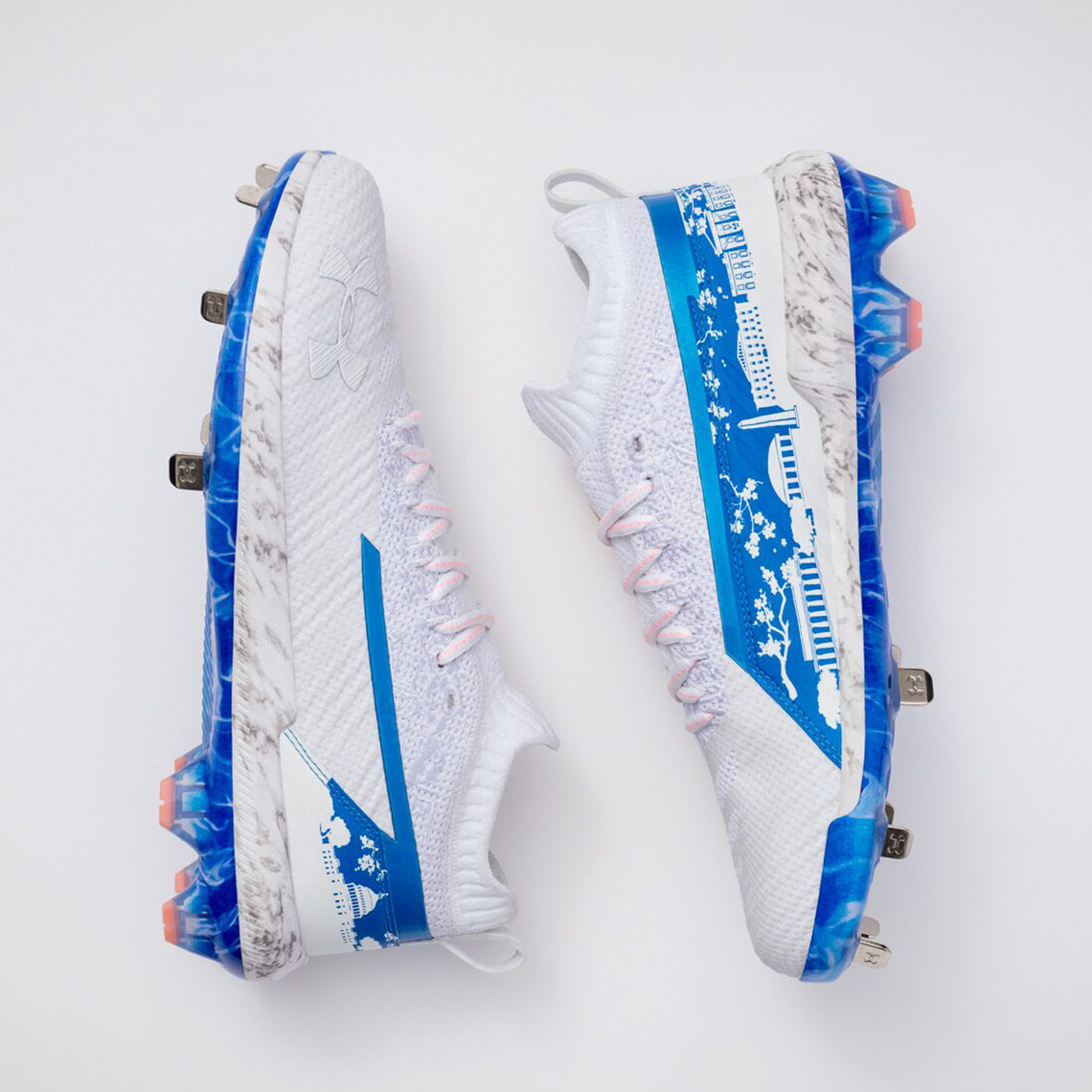 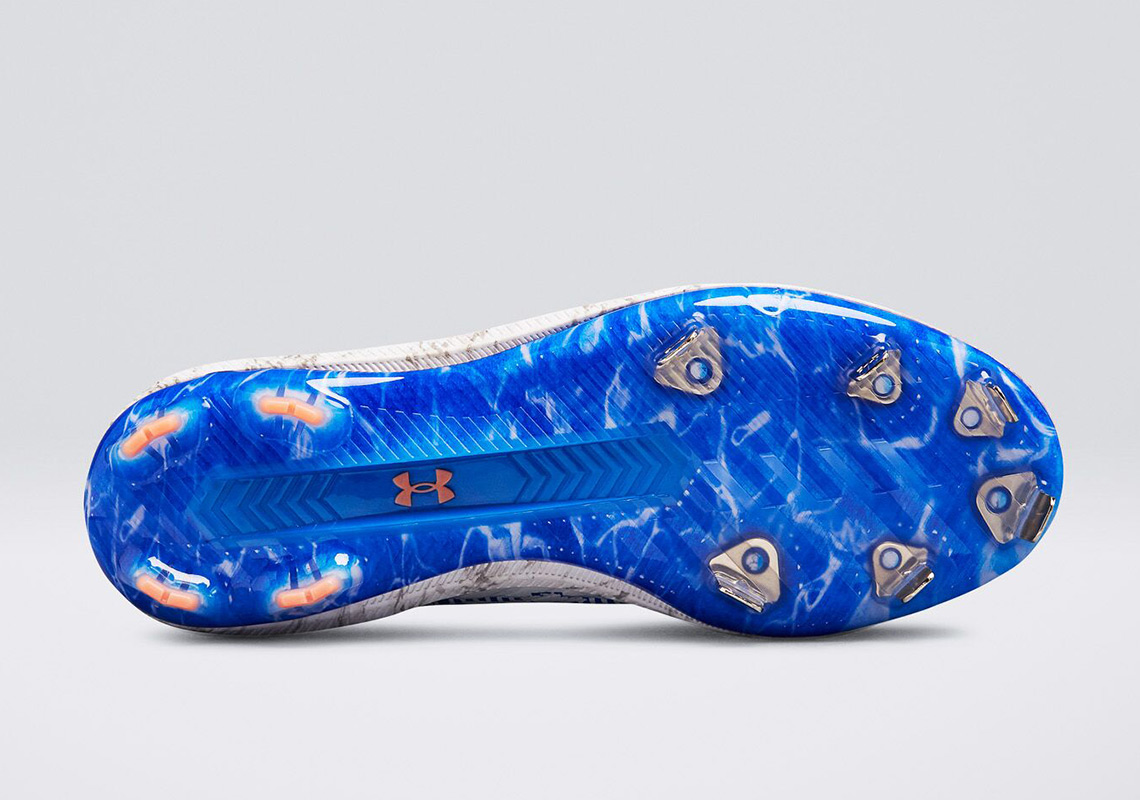