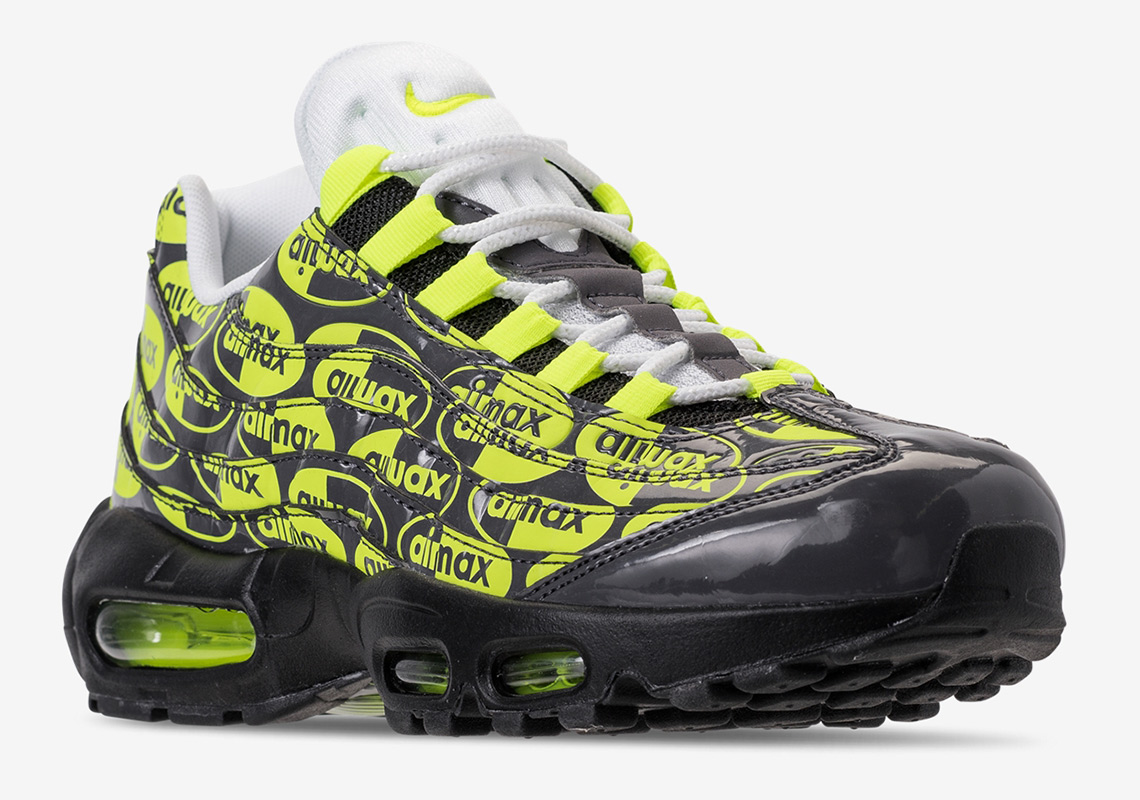 Nike Is Getting Crazy With Air Max Logos Again

Nike Sportswear’s experimentation with logos has been well documented as of late, as it all all began with a pack of Big Logo Air Max releases in October and November of 2017. Since then, we have seen the Swoosh release its expansive Just Do It collection as well as a number of other icons with the brand’s retro pinwheel logo and a new-look “NSW” logo displayed in cursive typeface. Now, the Beaverton-based sneaker conglomerate is ready to use one of its most recognizable emblems in a never-before-seen fashion.

Utilizing the Air Max 95 as its vessel, Nike has taken its customary ovular Air Max tongue logo and haphazardly stamped it, encompassing the entirety of its upper with a bold all-over graphic. Since that logo has been displaced onto the shoe’s body, the Swoosh has opted to place the 95’s midfoot Swoosh that normally rests on this model’s lateral side onto its tongue. An ash-colored patent leather toe box works as a contrasting element to the primarily boisterous Volt color scheme that is sure to be a head turner upon its arrival at retailers the likes of Finish Line on September 6th. 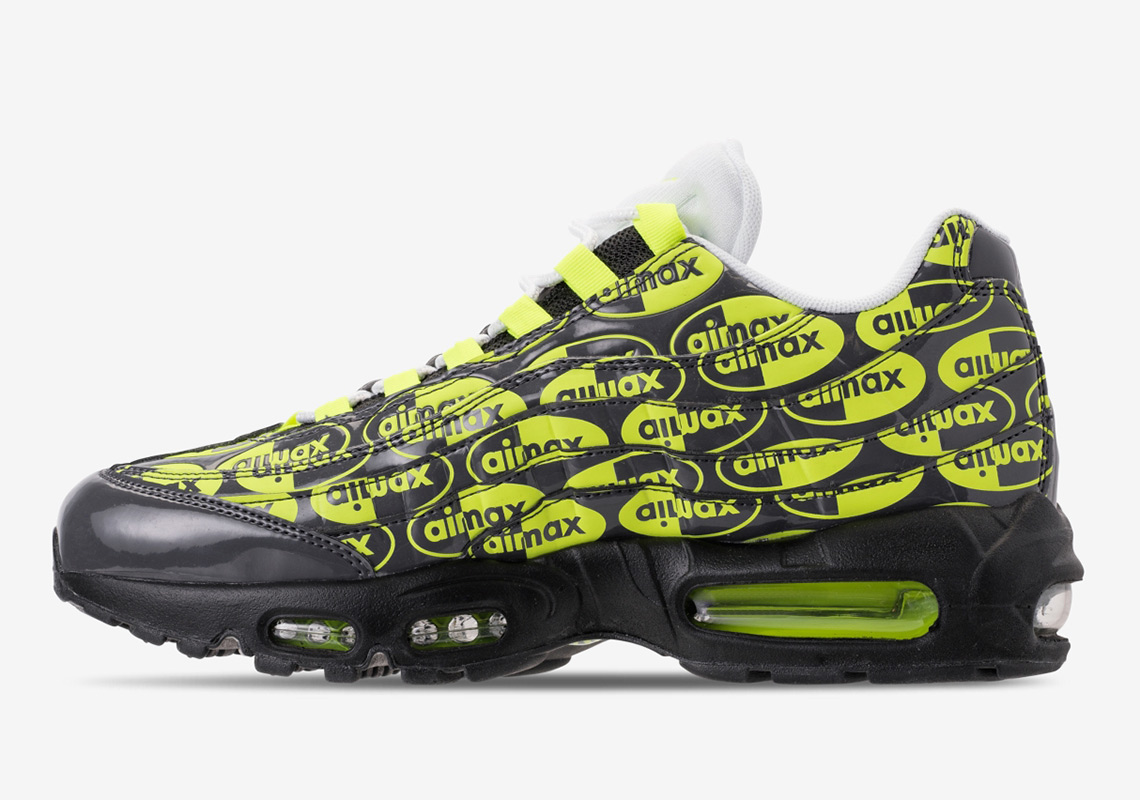 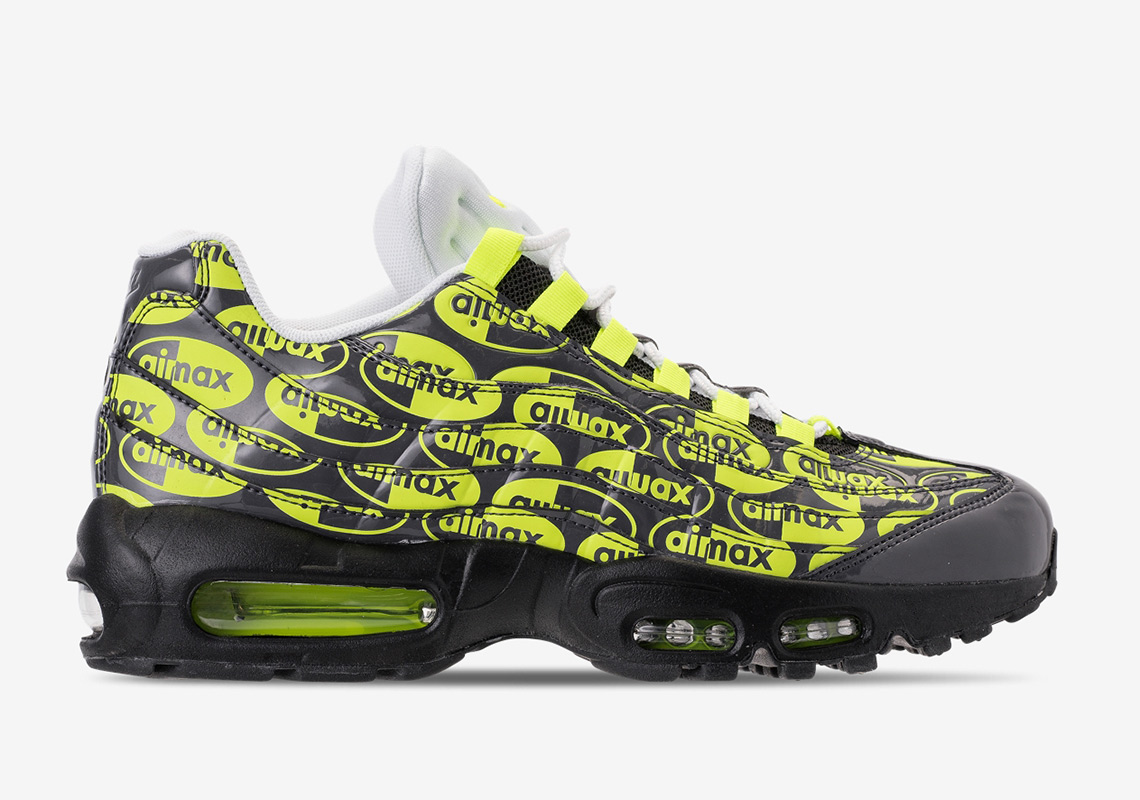 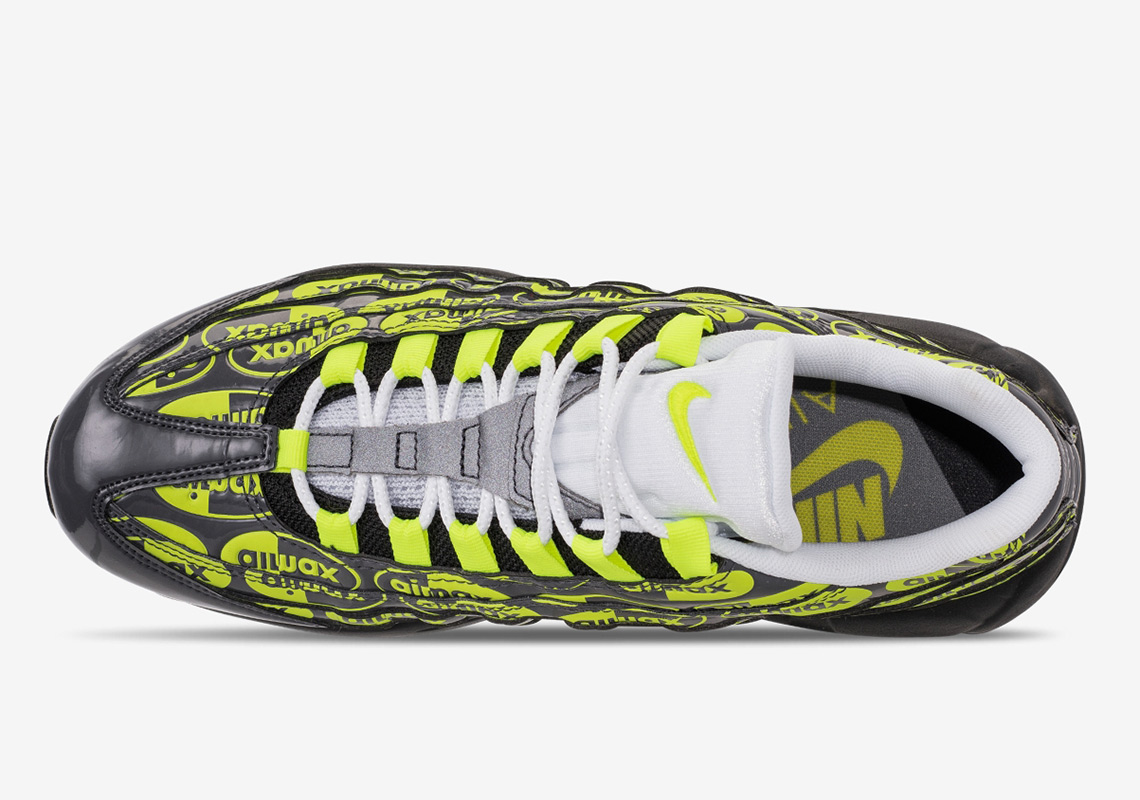 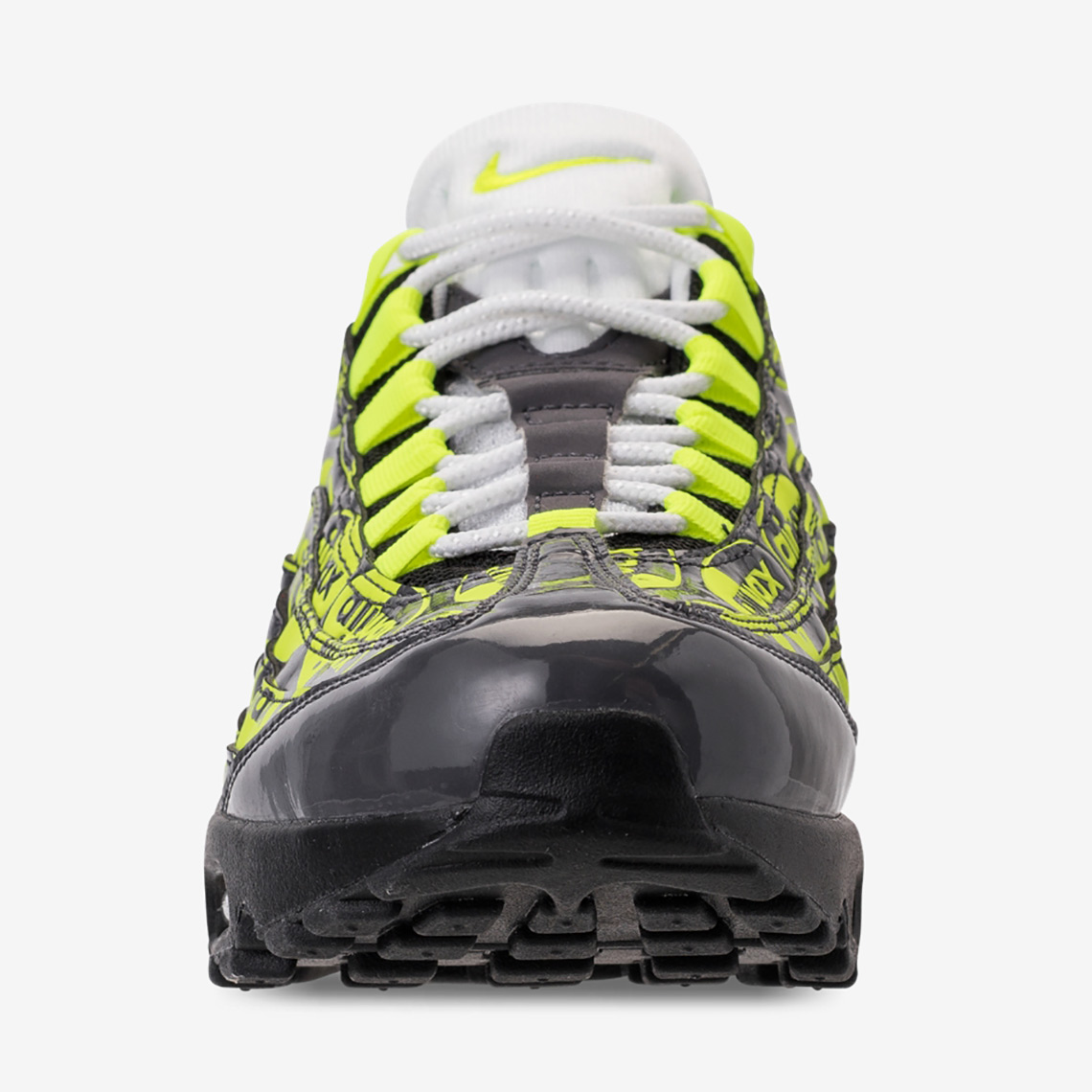 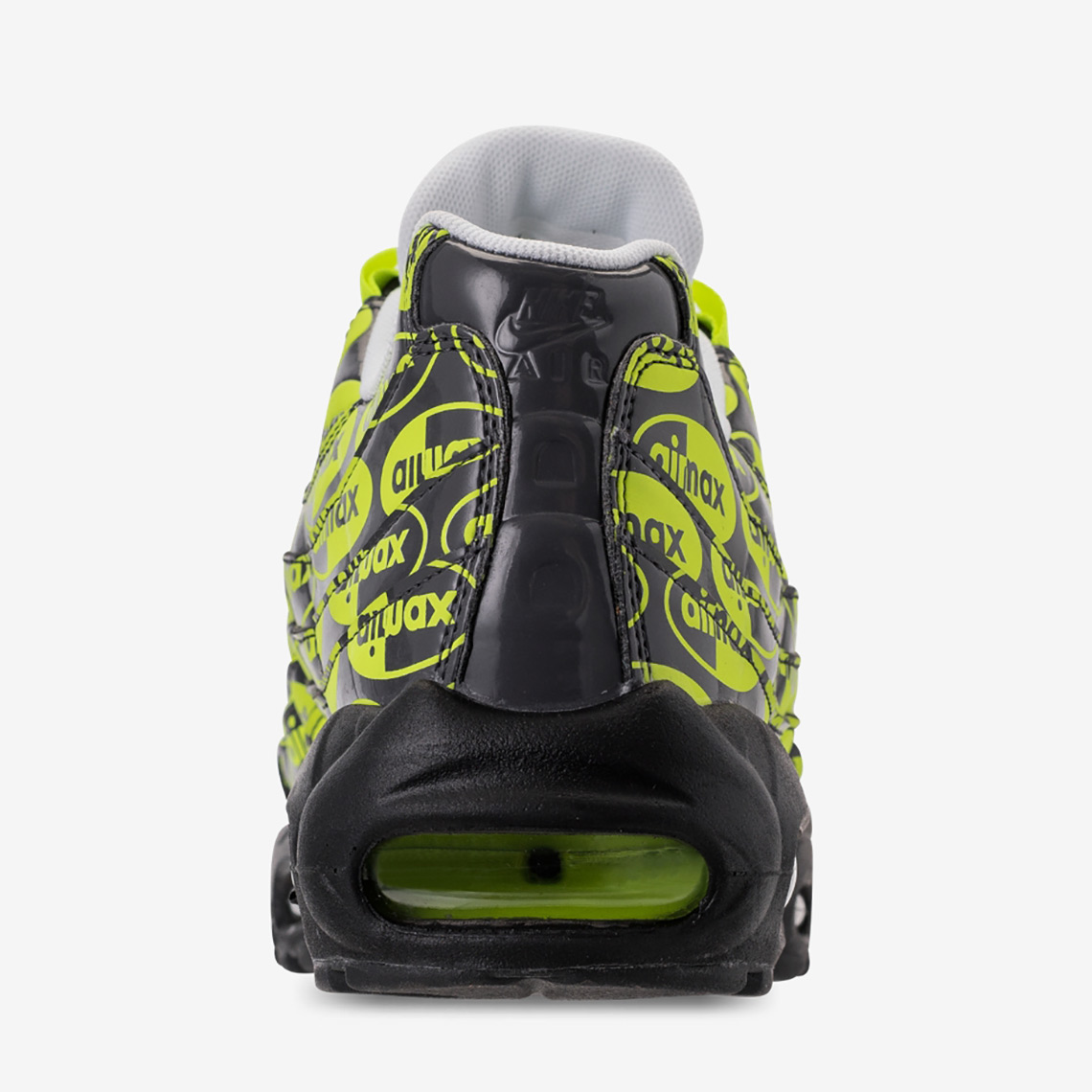 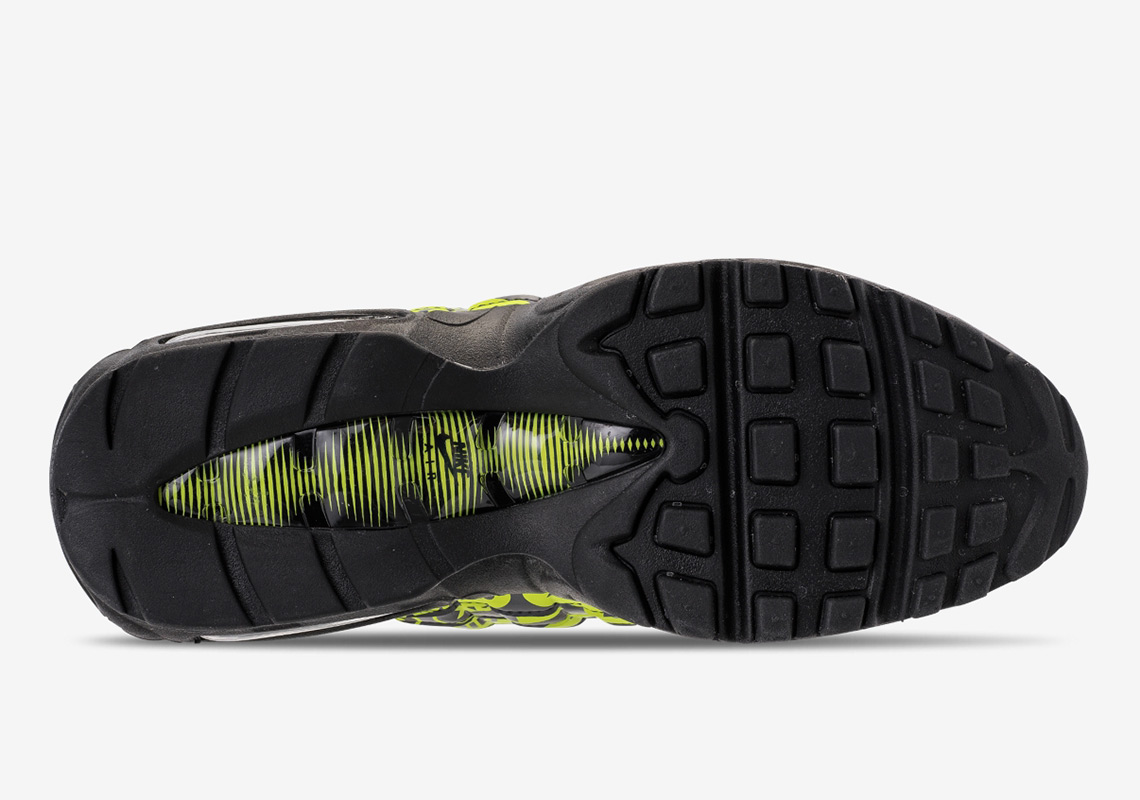