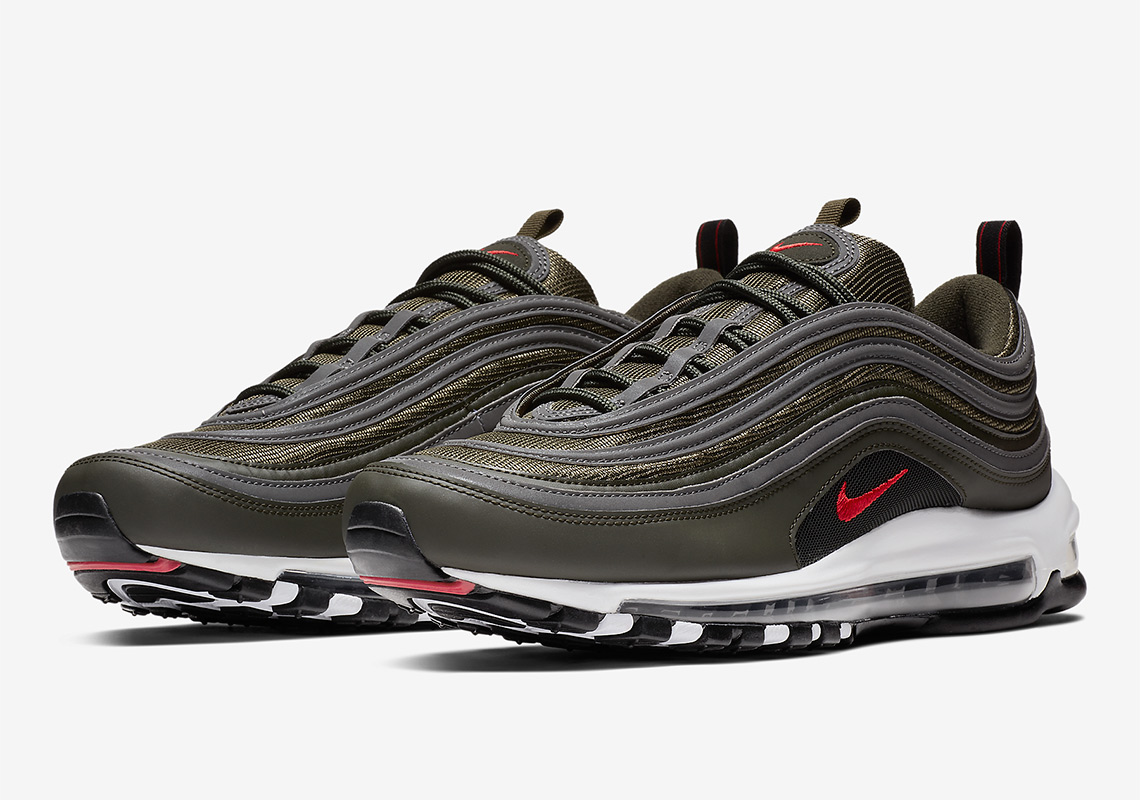 Nike’s beloved Air Max 97 silhouette always had a special place in the hearts of die hard Swoosh fans. The combination of its sleek and sporty upper as well as its vast color blocking capabilities led to its mass appeal for sneaker lovers across numerous demographics. However, 2017 – the model’s 20th anniversary – lead to a measurable uptick in releases, helping propel the bullet train-inspired NSW creation to the top of Nike’s Sportswear pantheon aiding its rise to stardom. Now, the Beaverton Brand cannot stop producing enticing GR versions of the 97 the likes of the Fall-friendly Sequoia color you see here. A forresty dark green aesthetic adorns the vast majority of its upper while University Red accents are added to its Nike branding as well as its glistening Air Max tab for a lone flash of color. Sneak a peak at an official set of images below and look forward to its arrival at Nike.com and at other Swoosh Brand retailers sooner rather than later. While you wait, check out our Sneaker Release Dates for updates and drop dates regarding other Nike Shoes. 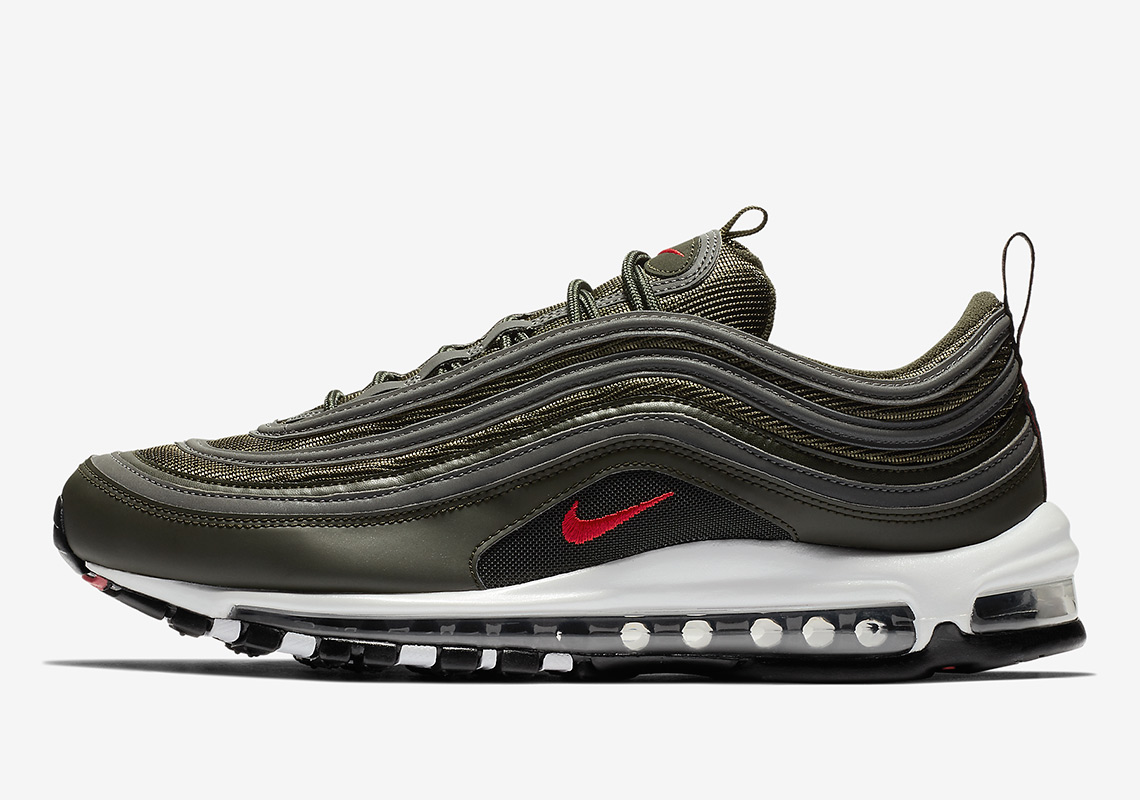 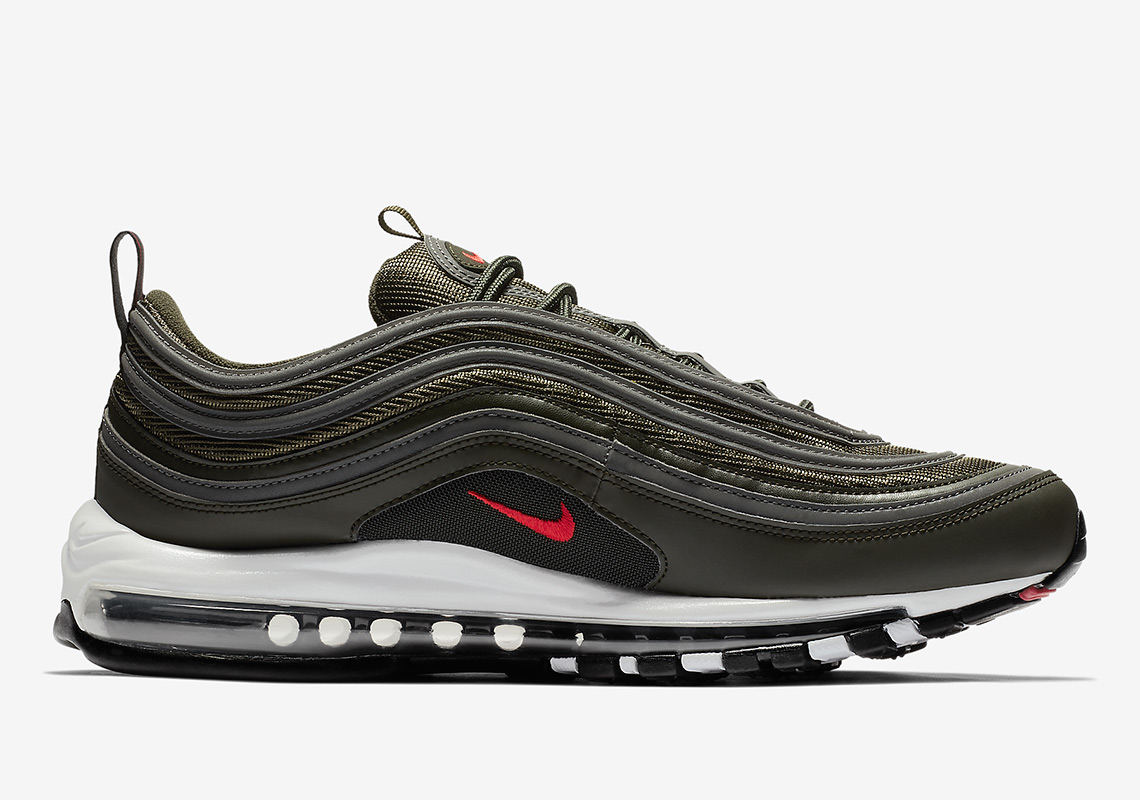 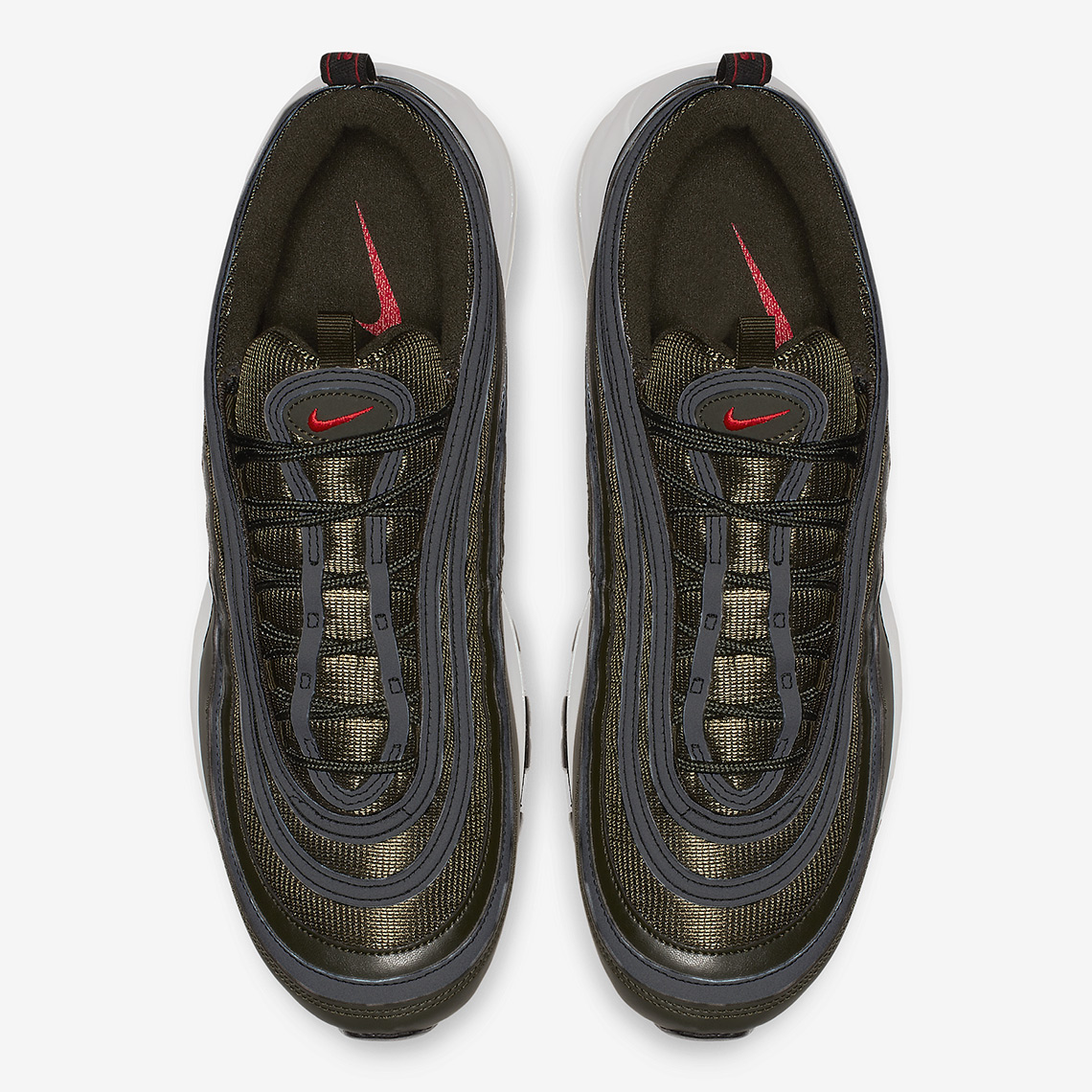 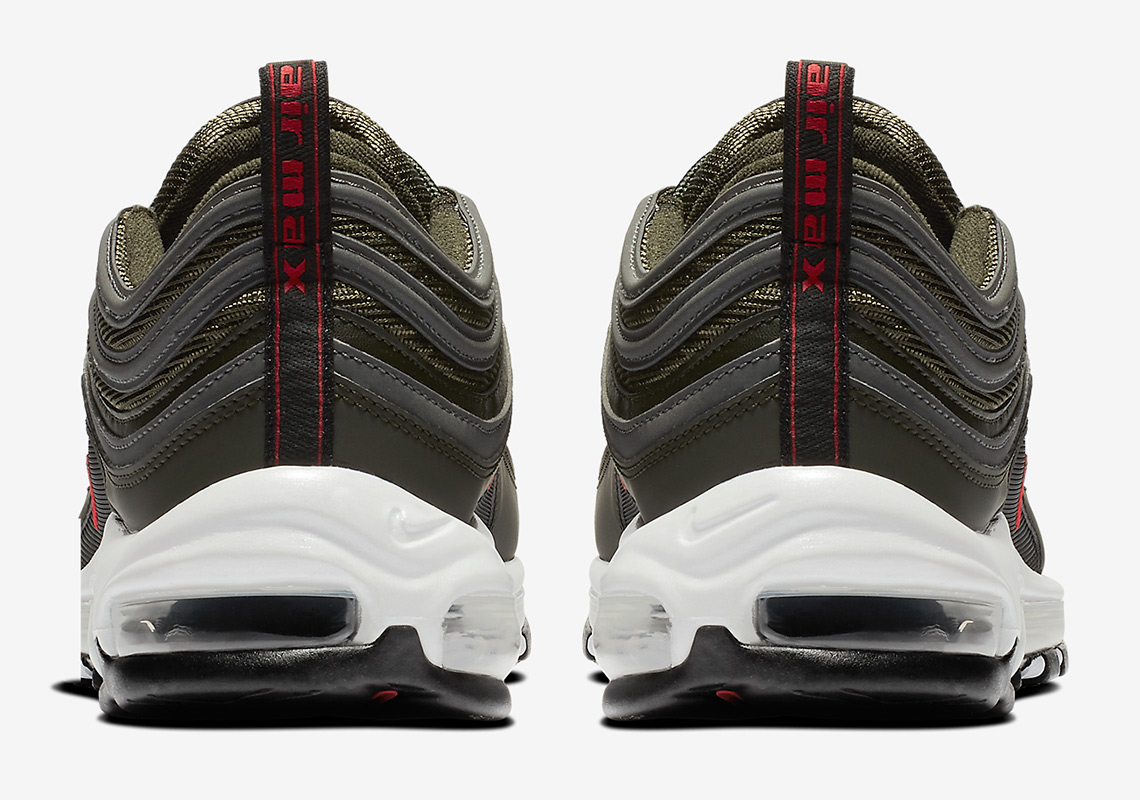 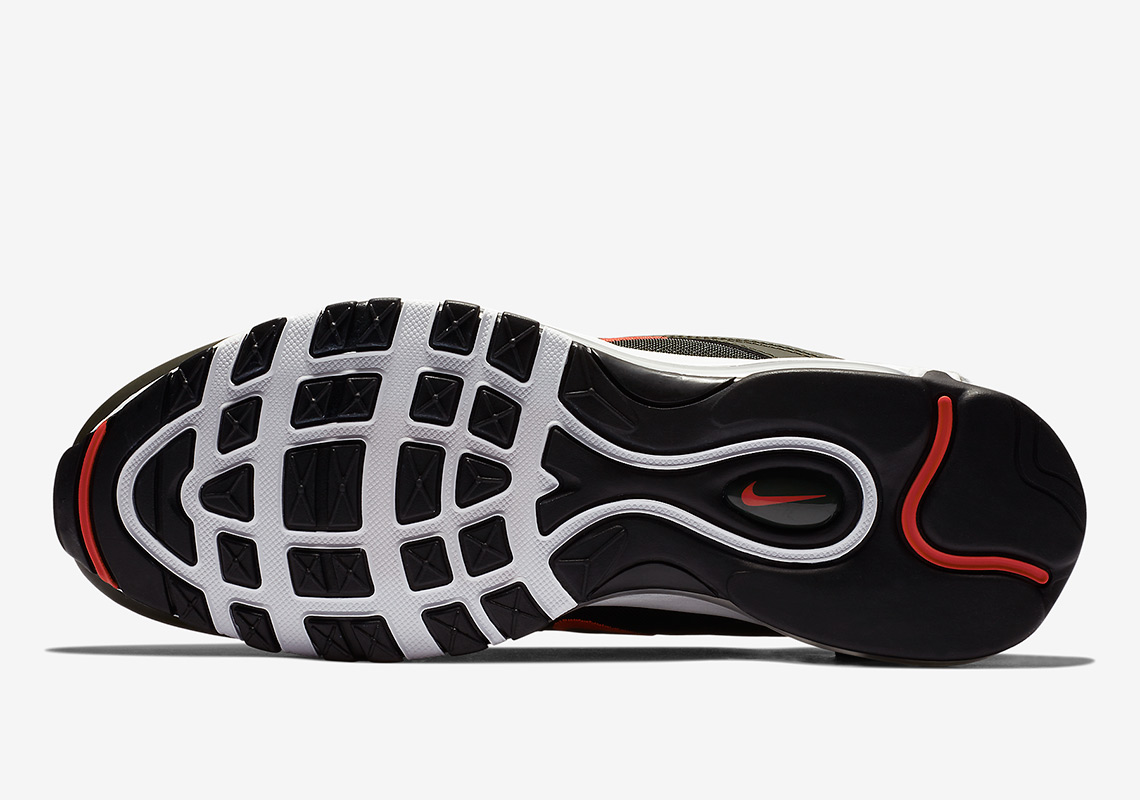