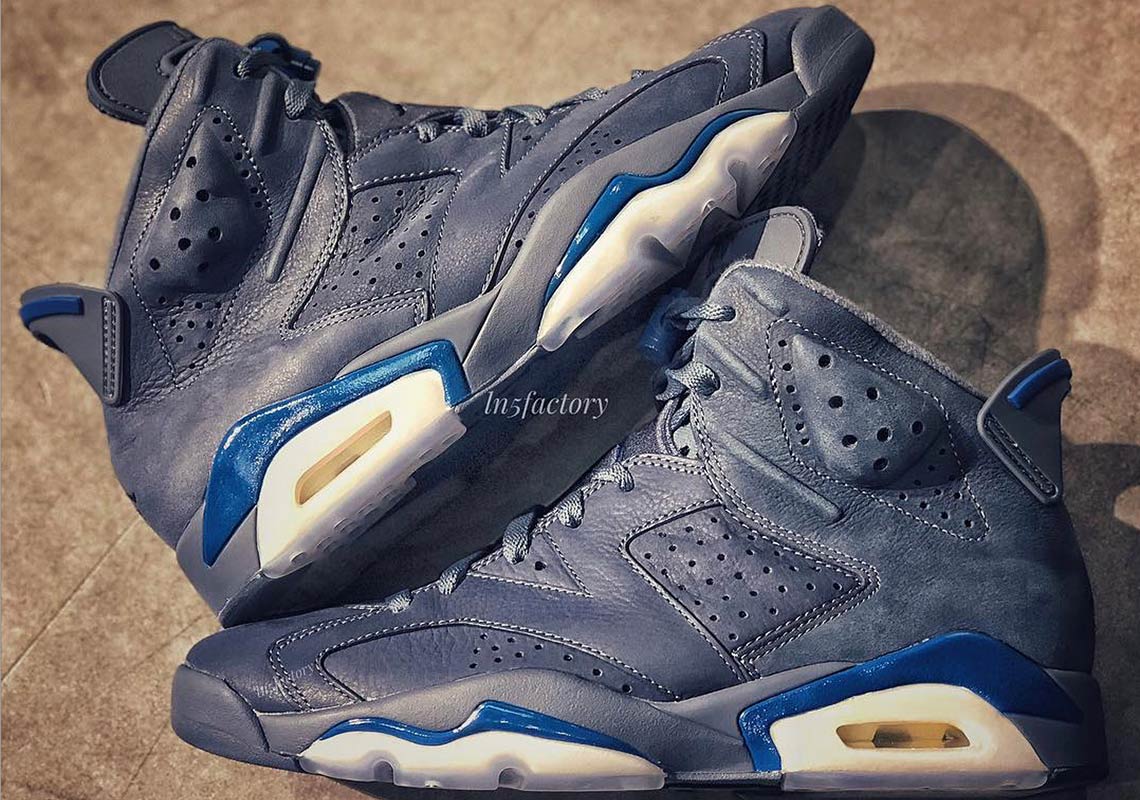 Few players on the Jordan basketball roster are as loyal to the brand as guard/forward Jimmy Butler. Before the 2014-2015 season, Butler left his deal with adidas on the table to sign with Jordan Brand — reportedly for 75% less than what he’d have made with the Three Stripes. In the past, Butler’s rocked many a special PE on the court and even had an Air Jordan 29 Low see a limited retail release when he was a member of the Chicago Bulls. Now he’s got a much more notable piece of signature footwear dropping: a special Timberwolves-colored Air Jordan 6. Butler’s new kicks feature a tonal bluish grey leather/suede upper and midsole, while light blue accents on the midsole, heel, and lace lock provide contrast. The look is then completed by a classic translucent outsole. Butler’s new Jordan shoes are set to release later this October for $190 USD — and interestingly enough the color may be slightly out-of-date when it releases, as Butler has been vocal in recent months about his desire to be traded away from Minnesota. Check out the new kicks above, and let us know where you think the disgruntled star will wind up this season.