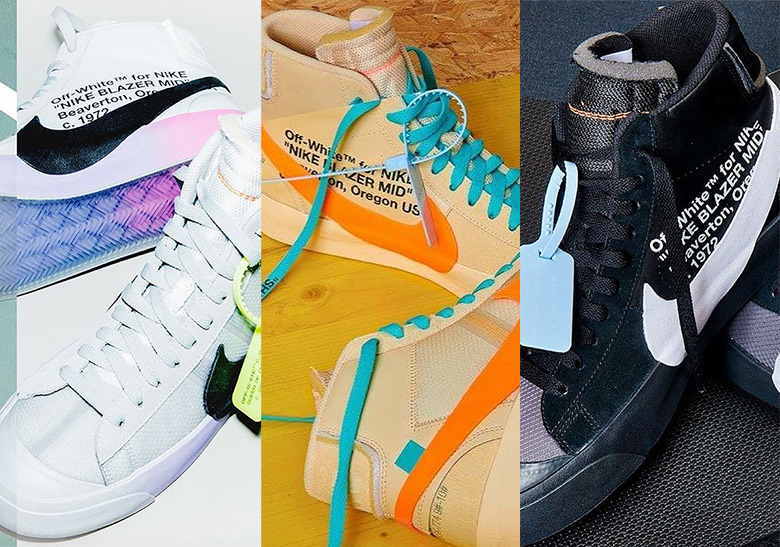 Over the last few months, we have seen a number of Virgil Abloh-designed Off-White Nike Blazers surface with two having received retail releases. The third – and the most significant depending on who you ask – was created in honor of Serena Williams, and as part of the heralded “Queen” collection paying homage to Williams’ run as one of the greatest athletes in history, male or female. While that pair never officially hit shelves, it is set to drop along with the unofficially dubbed “Spooky” pack that was responsible for a spew of L’s on the Nike SNKRS app. Esteemed retailer, Invincible, has taken to their Instagram account to post pictures of all three iterations with the caption “coming soon”. Not much else is known at the moment, but it is likely that other top shops across the globe will get in on this welcomed Off-White re-release of sorts as well. Stay tuned for updates regarding this trifecta of Blazers as we have them and check out our sneaker release dates page for info on other upcoming Nike shoes in the meantime.