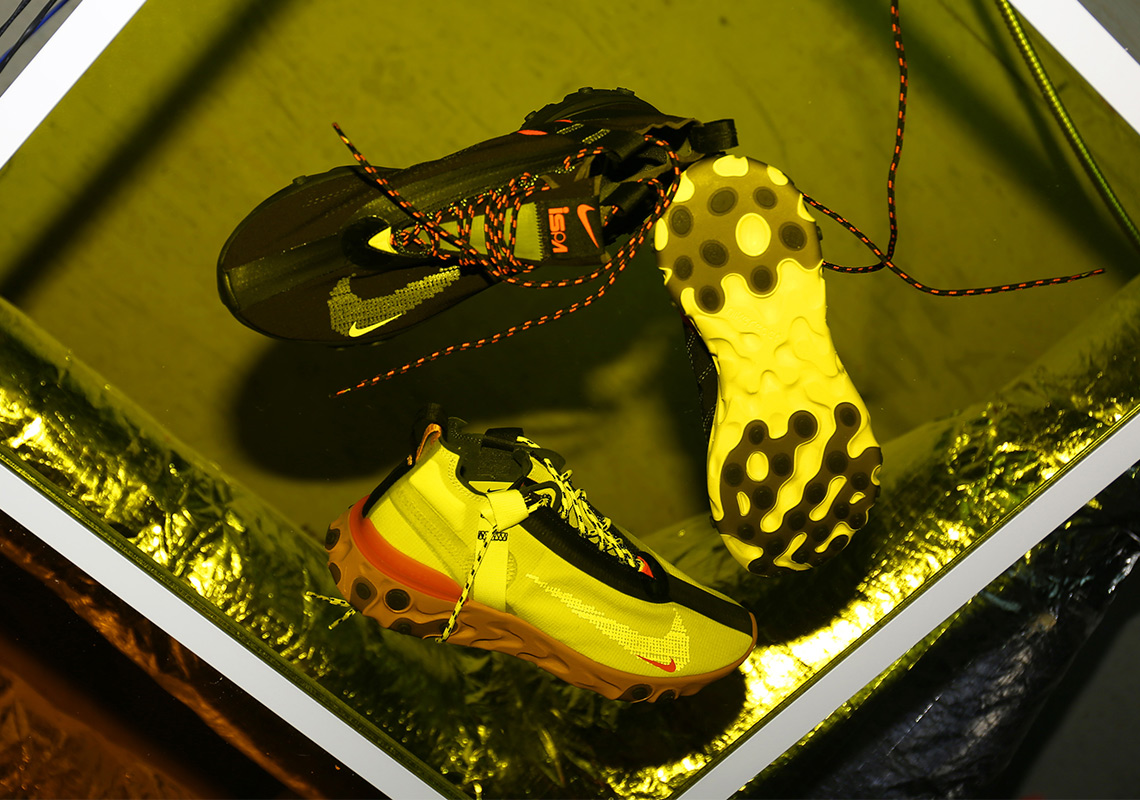 Depending on who you ask, the React Element 87 was either the perfectly planned launch or the once in a blue moon sleeper hit. Originally leaking on the Fashion Week runway for Jun Takahashi’s UNDERCOVER label, the lifestyle shoe has risen to “Shoe Of The Year” status in just a few months while leaving consumers clamoring for more footwear with the signature technical aesthetic. This is where ISPA comes in.

A program within the Nike Sportswear Special Projects team, ISPA aims to create footwear and products for the modern-day athletes who commute three to five miles a day while sprinting to meetings, spin-moving around tourists, and euro-stepping around litter. The four-letter acronym stands for Improvise, Scavenge, Protect, and Adapt – a design philosophy that the team uses to challenge itself when approaching product. The real overarching message is that any problem can be solved as long as they continue to evolve their way of thinking.

The first launch to come from ISPA is the Nike React LW WR Mid, a new model that features a deconstructed upper above the React Element 87 sole. Design Innovation Lead Darryl Matthews likens the durable, waterproof upper to an interior lining of an ACG boot – fully protective from the elements. It draws in from the best that Nike has to work with, but according to Footwear Creative Director Nate Jobe, ISPA looks deliver what footwear is lacking. During a trip out to the Nike WHQ in Beaverton back in July, we got a first look at what they were cooking up, and we’ll say for certain that there’s absolutely nothing like what they’re working on.

Expect all three colorways to release on November 21st. 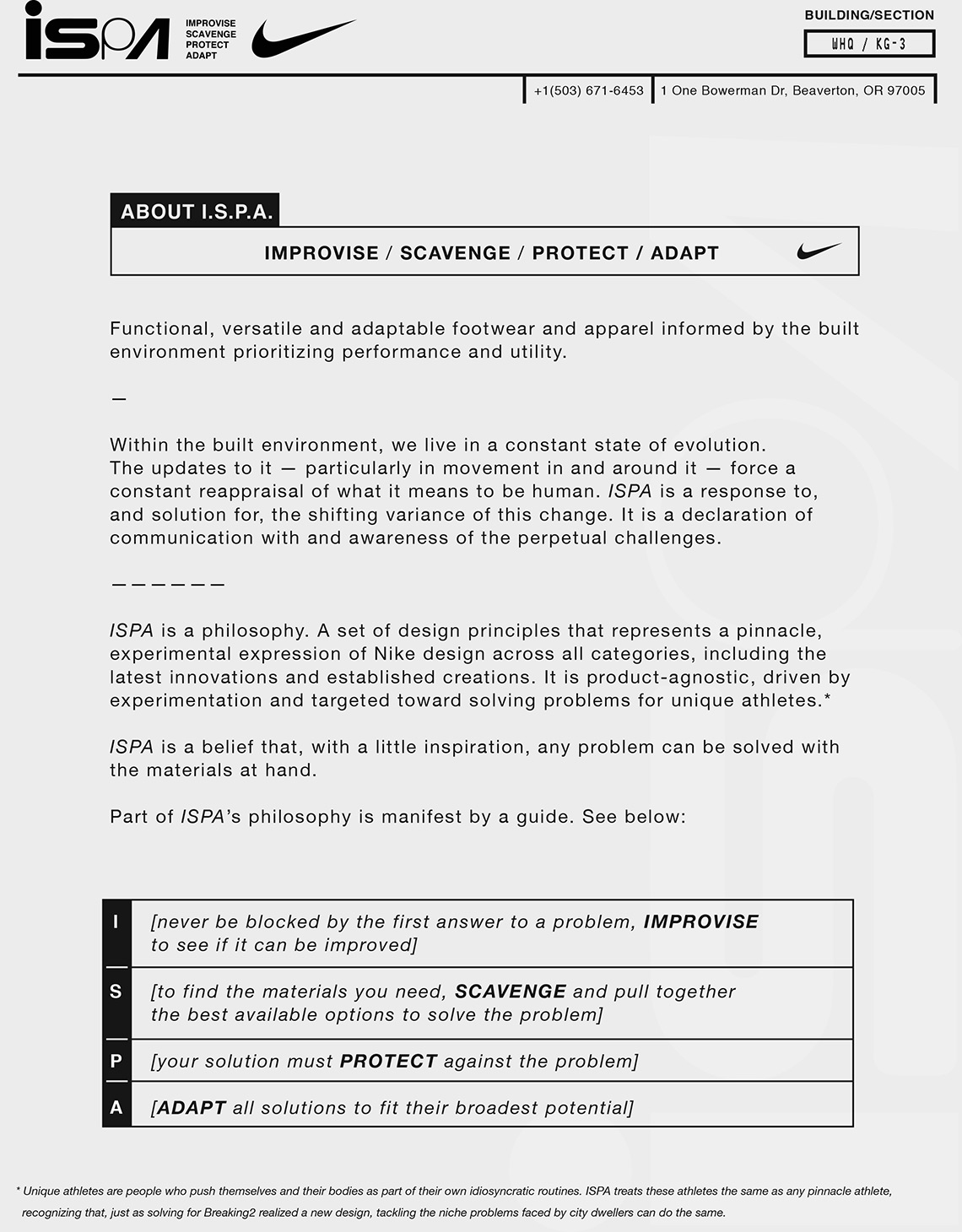 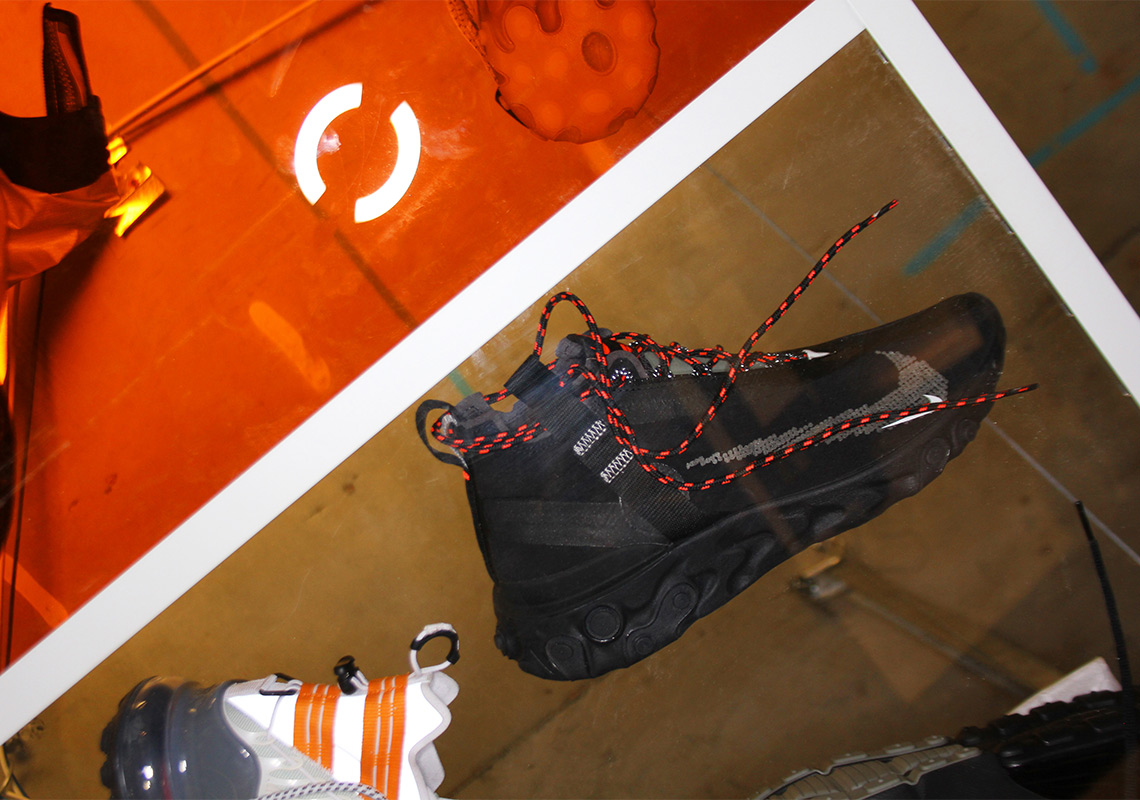 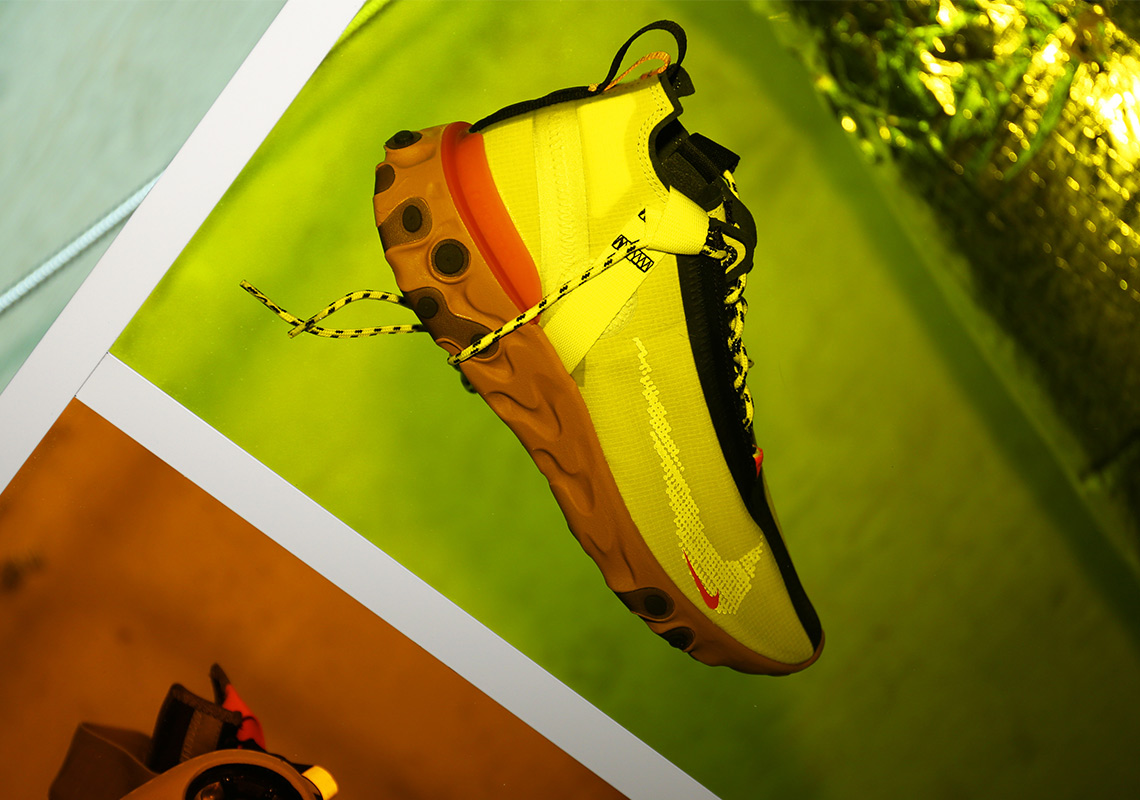 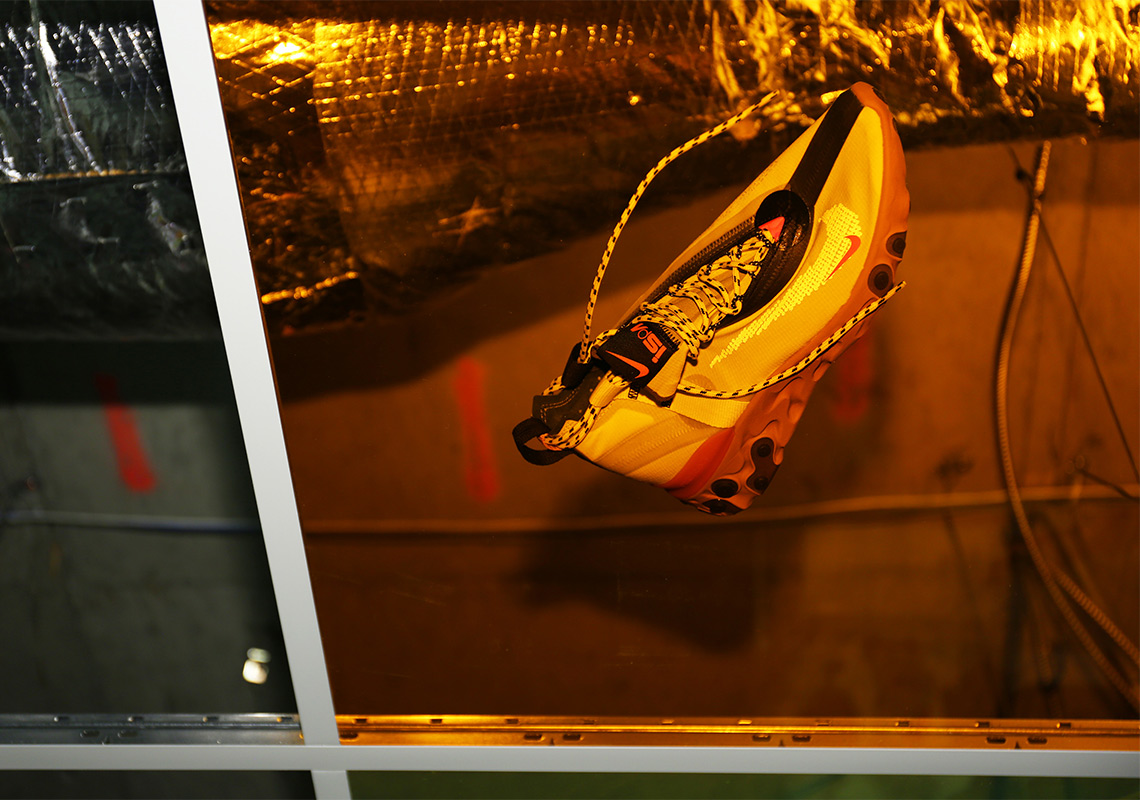 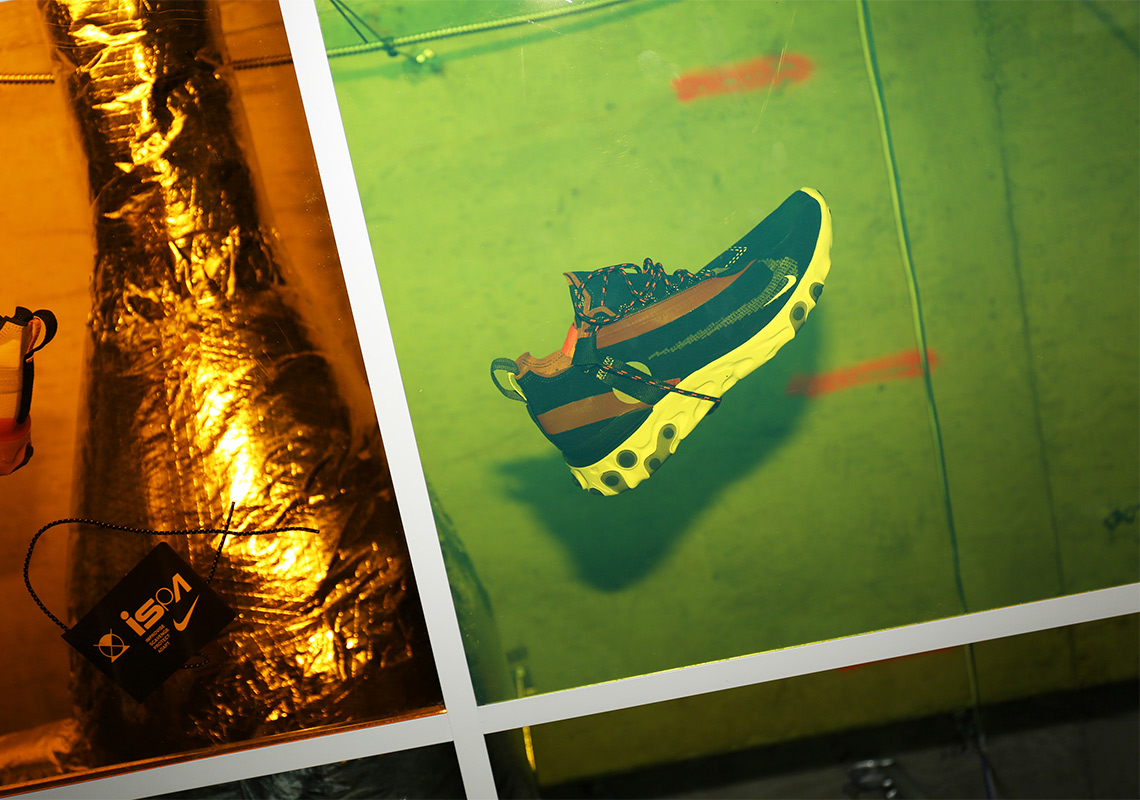 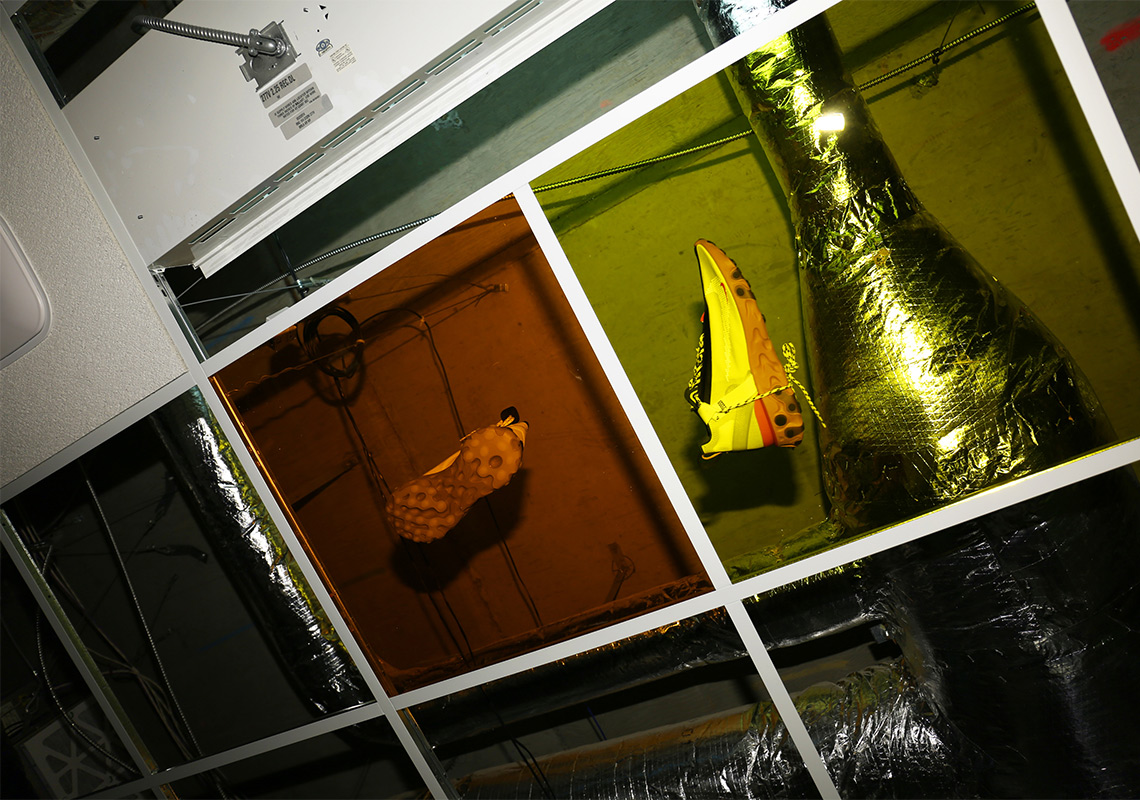