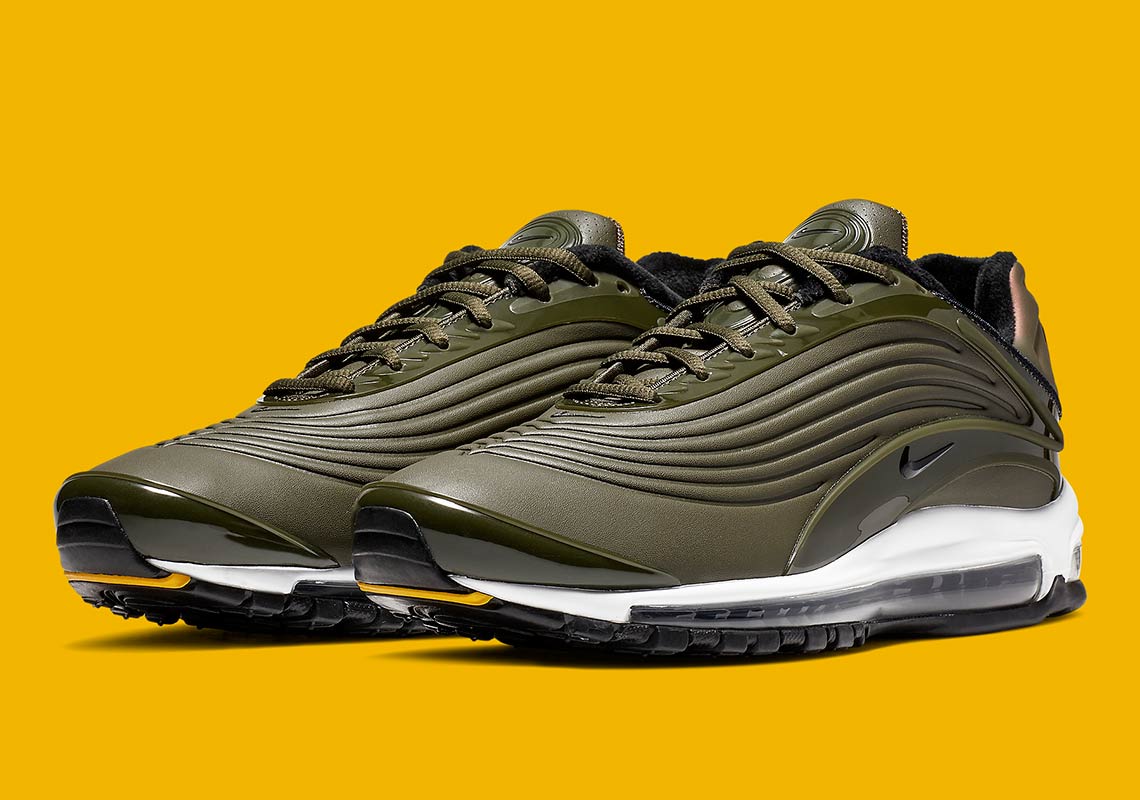 Nike’s Air Max Deluxe is typically known for its loud colors, abstract-styled patterns inspired by sound waves, and textured neoprene upper. It’s a true retro-futuristic silhouette — one that has now surfaced in a “Cargo Khaki” colorway, trading out the standard colorful embellishments and detailing for a much more utilitarian look. The upper is dressed almost entirely in a rich olive green, while the normal neoprene construction is swapped out for a luxurious leather with indented wave detailing to mimic the standard upper pattern. An iridescent bronze heel ensures that some of the shoe’s original colorful flair remains intact, and the look is then completed by a white midsole, black Air Max unit, and black outsole with a small yellow hit. Enjoy a full set of official images below, and look for these luxe Deluxes to drop later this season at the retailers listed below. 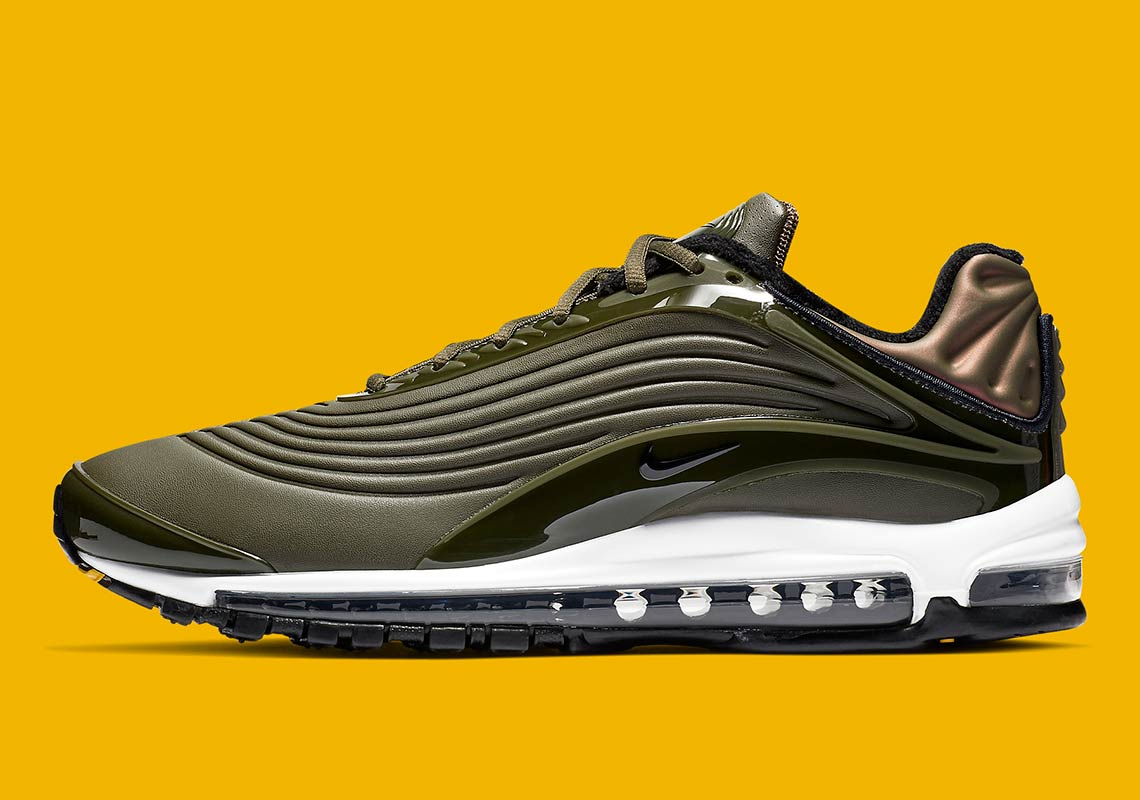 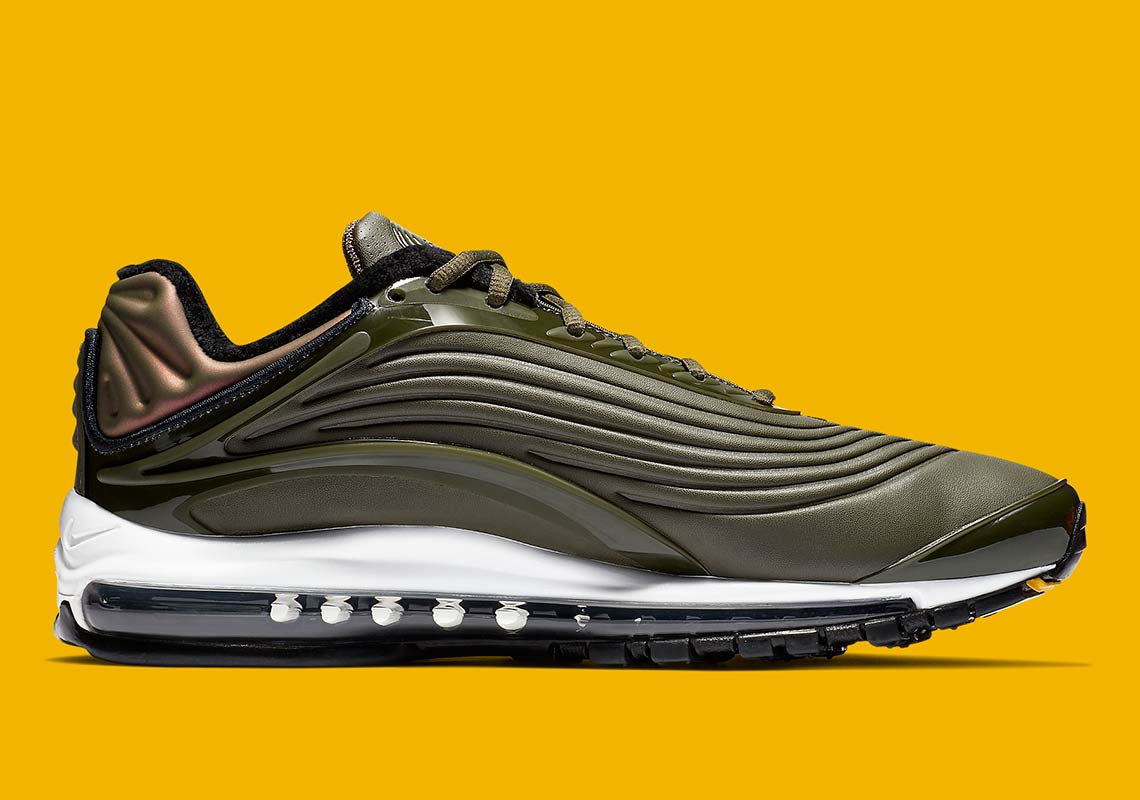 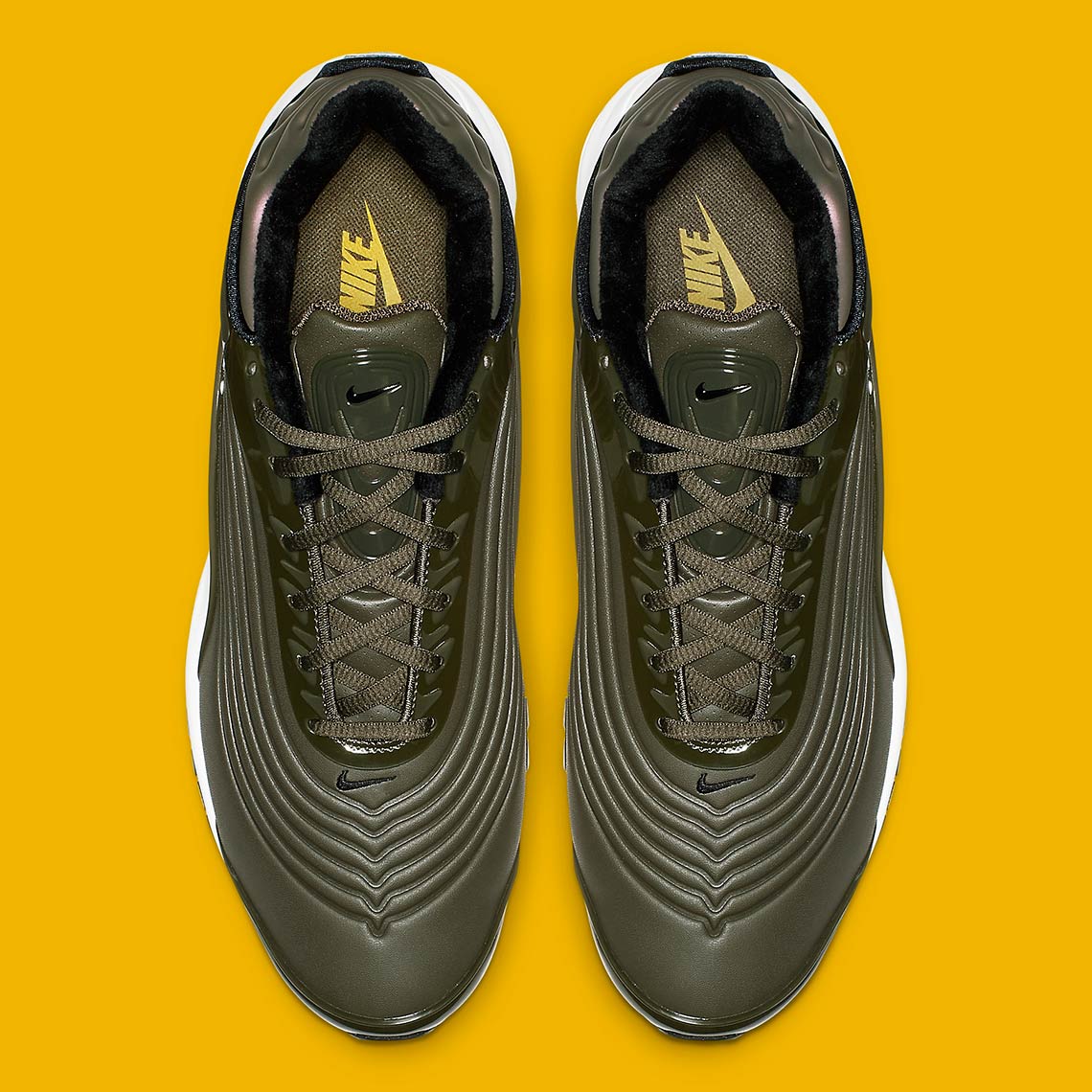 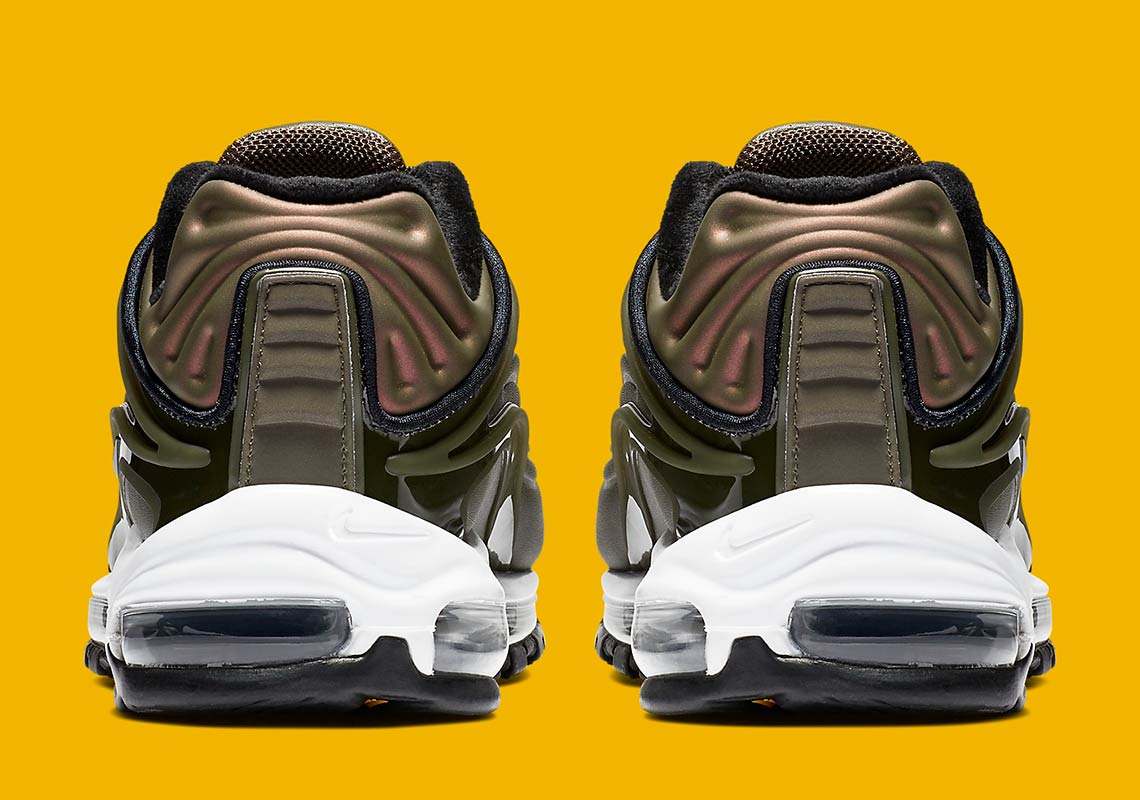 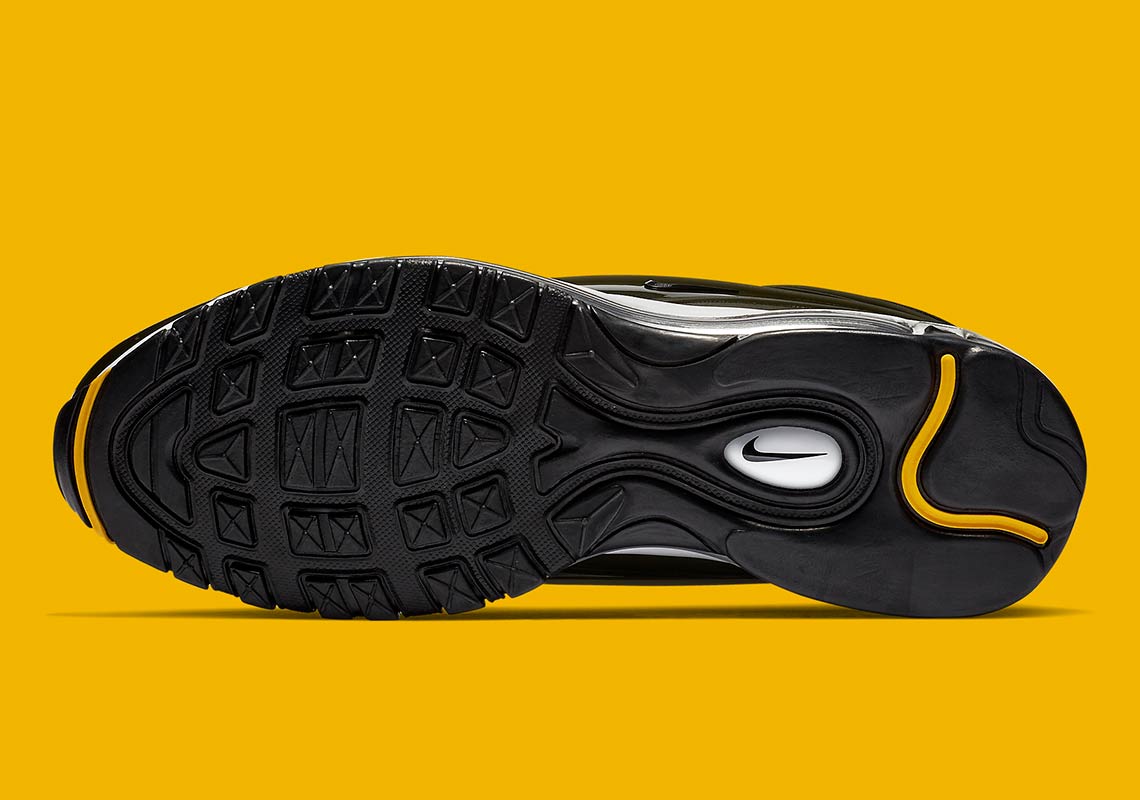