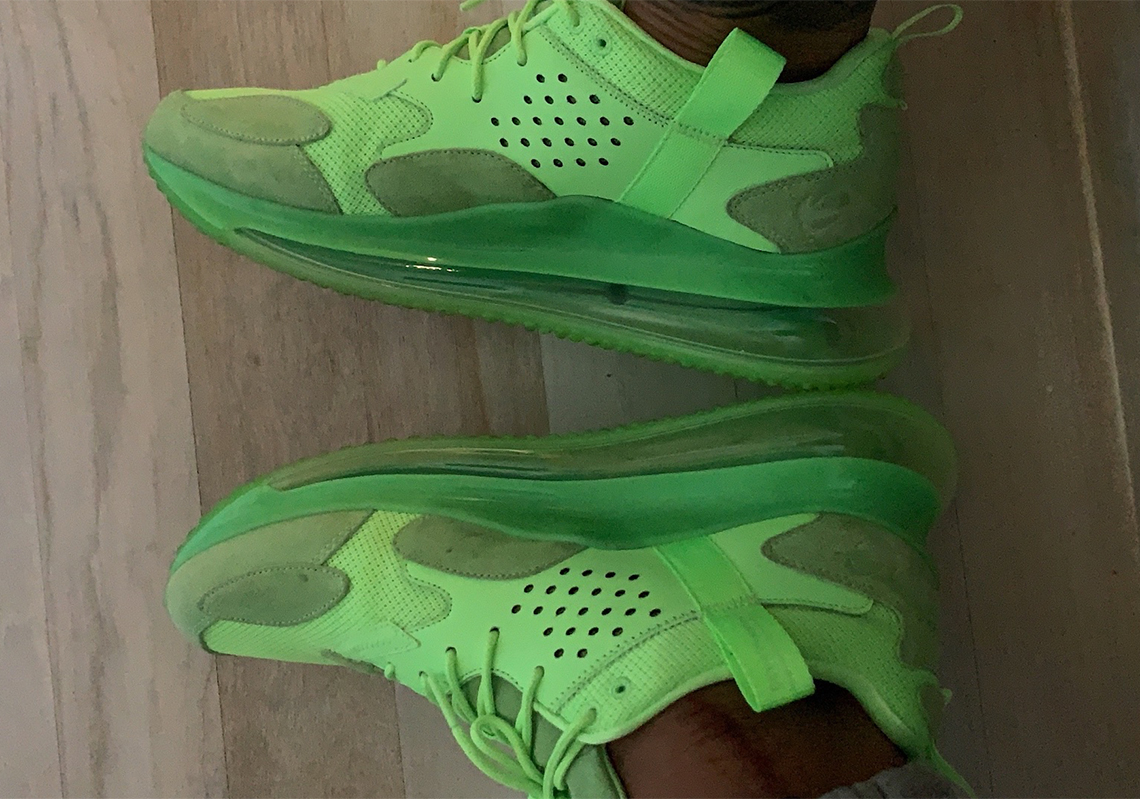 Last week, Odell Beckham Jr. debuted what was thought to be an upcoming collaborative colorway of the Air Max 720 while showing off a brand new car for his mother. As it turns out, that sneaker was an original design – much like the one featured here – with a newly engineered upper sitting atop the 360-degree sole unit of the new 720 creation. A name for the model has yet to be revealed, but the up-close look on Beckham’s feet reveals a layered upper with a mixture of suede, leather, and mesh, with midfoot perforations, straps, and more unique embellishments. From what we have seen of the new design thus far, it appears that OBJ and the Swoosh will be keeping the color schemes rather simple, equipping tonal aesthetics that allow for the shape and construction of the sneaker to take center stage. The all-world wideout has released collaborative versions of the Nike SF-AF1 in the past, but this would mark the enigmatic athlete’s first foray into original silhouette design. Grab a first look above and stay tuned for release updates as we have them.