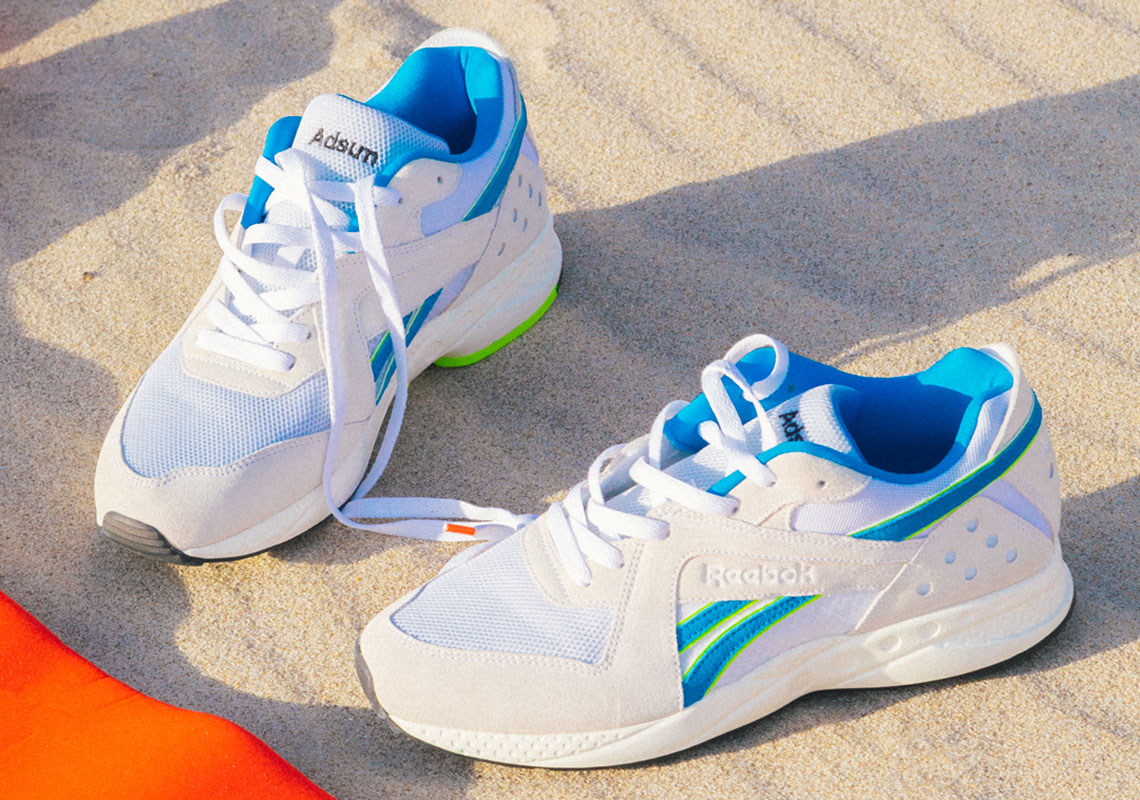 Reflecting an aesthetic of subtlety, Adsum’s latest endeavors with Boston-based Reebok is a 90s influenced kit that adds high quality construction to Christian Trusser’s coveted design. While performance driven in its DNA, the Pyro sheds all connection to its running roots to infuse itself with the Brooklyn menswear label’s vision of sailing along the high seas. Tested on the sandy beaches and cold waters of Long Island’s Rockaway Beach, the colorful make-up shines in its semblance to the surrounding earth tones. Vector logos hidden behind overlays of pig suede are only shy in their position, as its bright blue outlined by neon green allow it to pop amongst the palette’s primarily white and cream tones. “Adsum” embroidered along the tongue, quietly embossed across the heel, and printed on a backdrop of orange over the insole creates moderate branding in perfect alignment to their own ethos. Pairs will be releasing soon at Adsum stockists as well as their own webstore for a retail of $115. 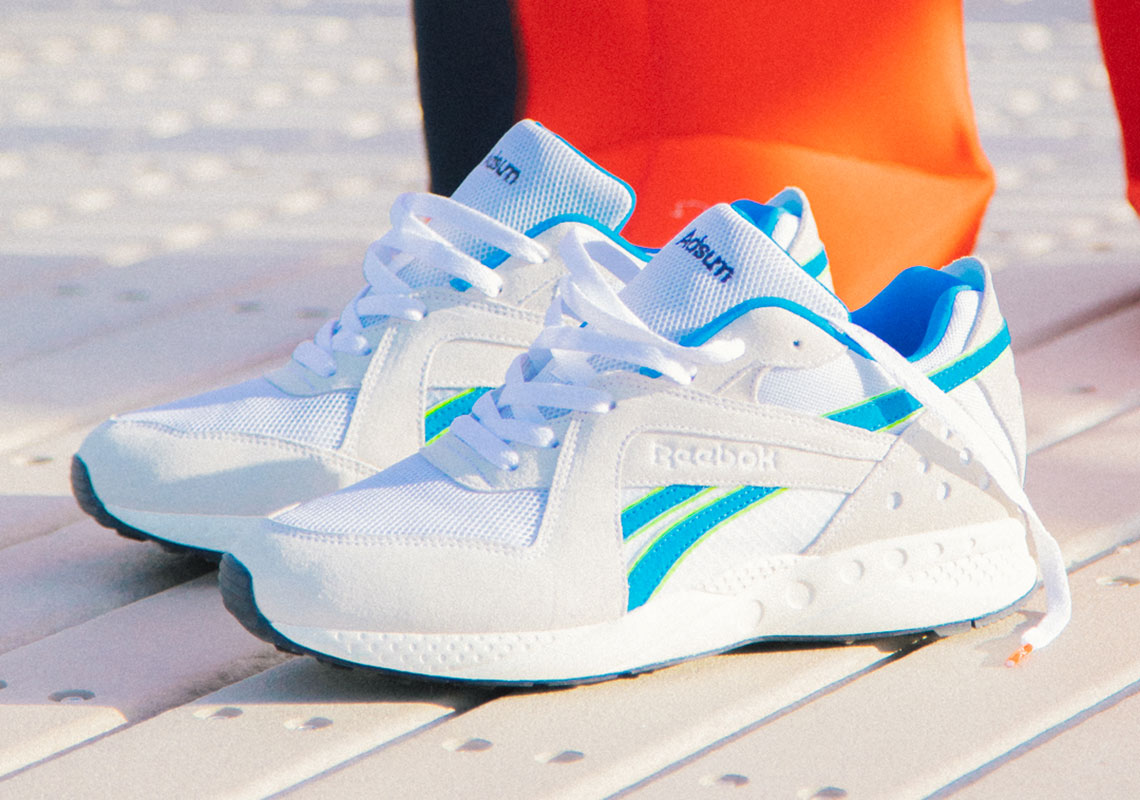 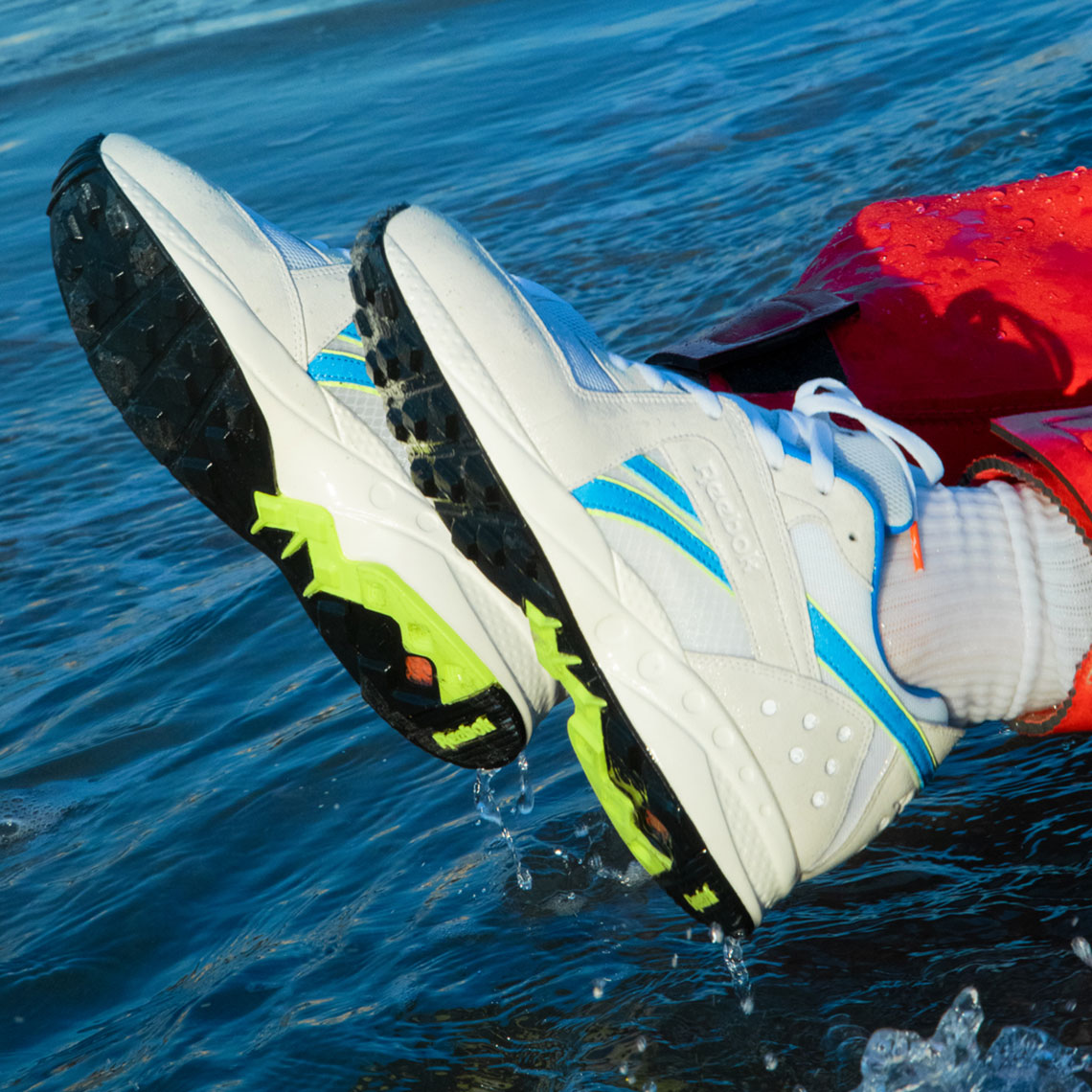 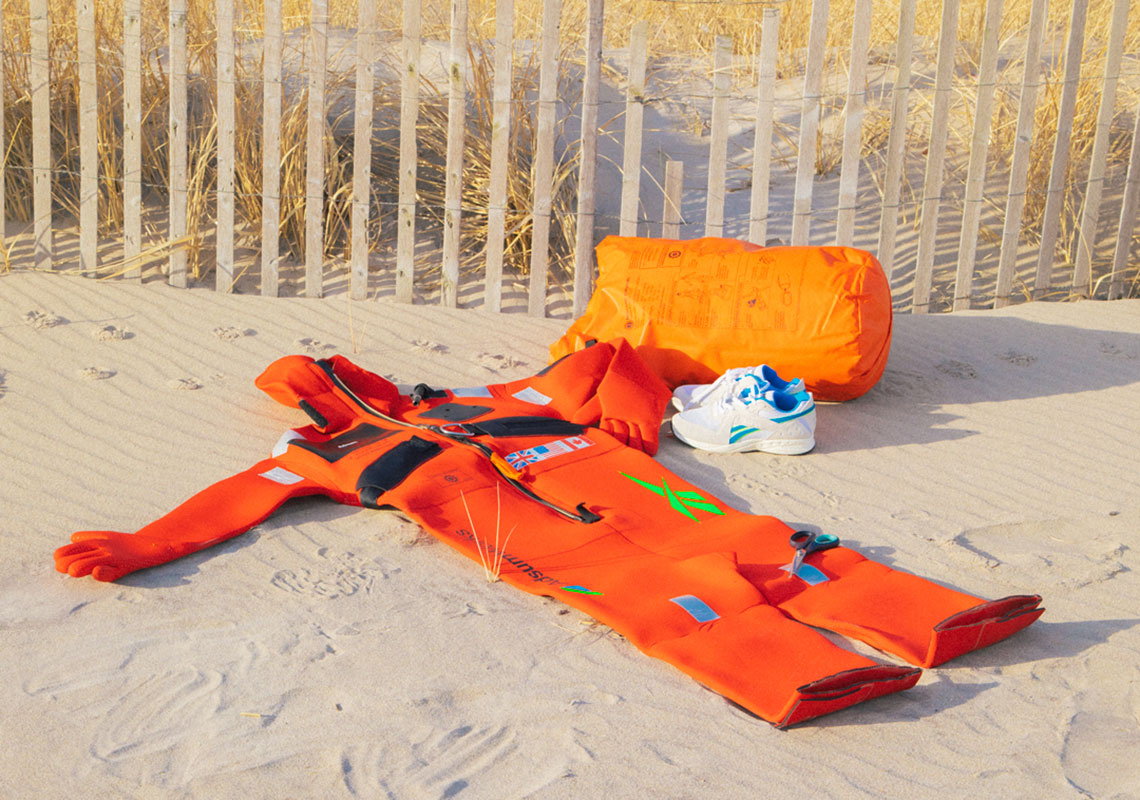 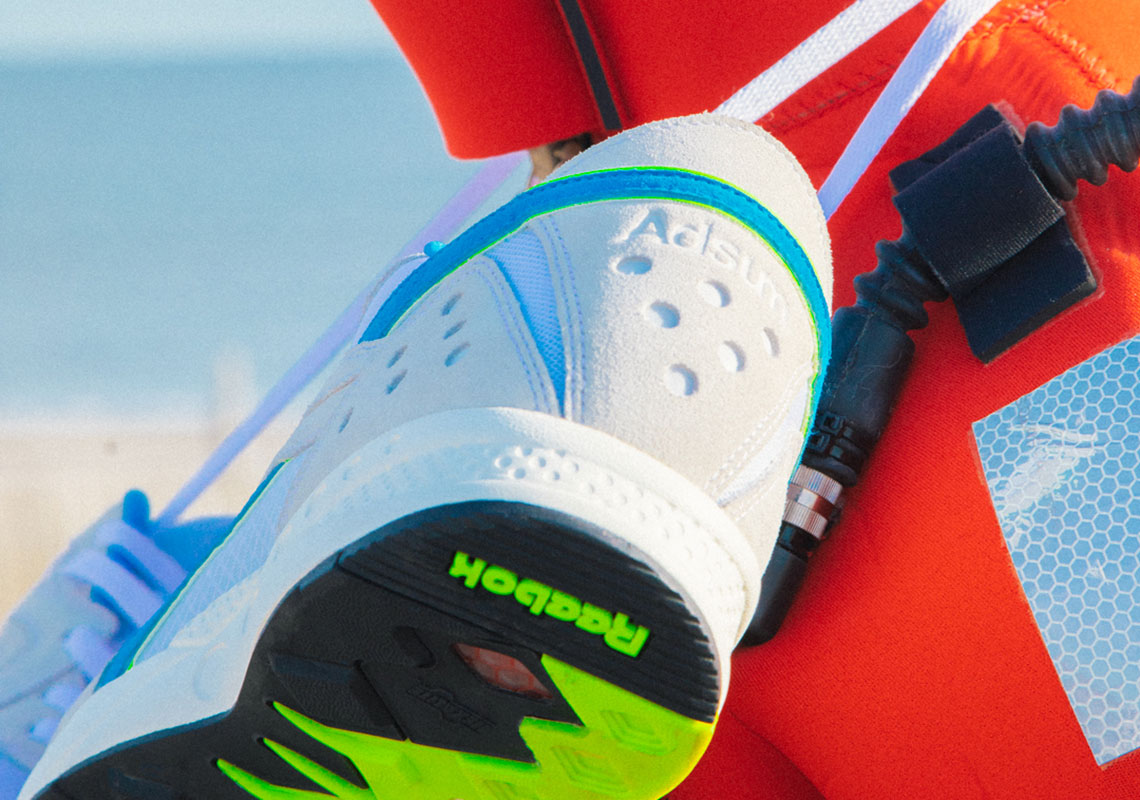 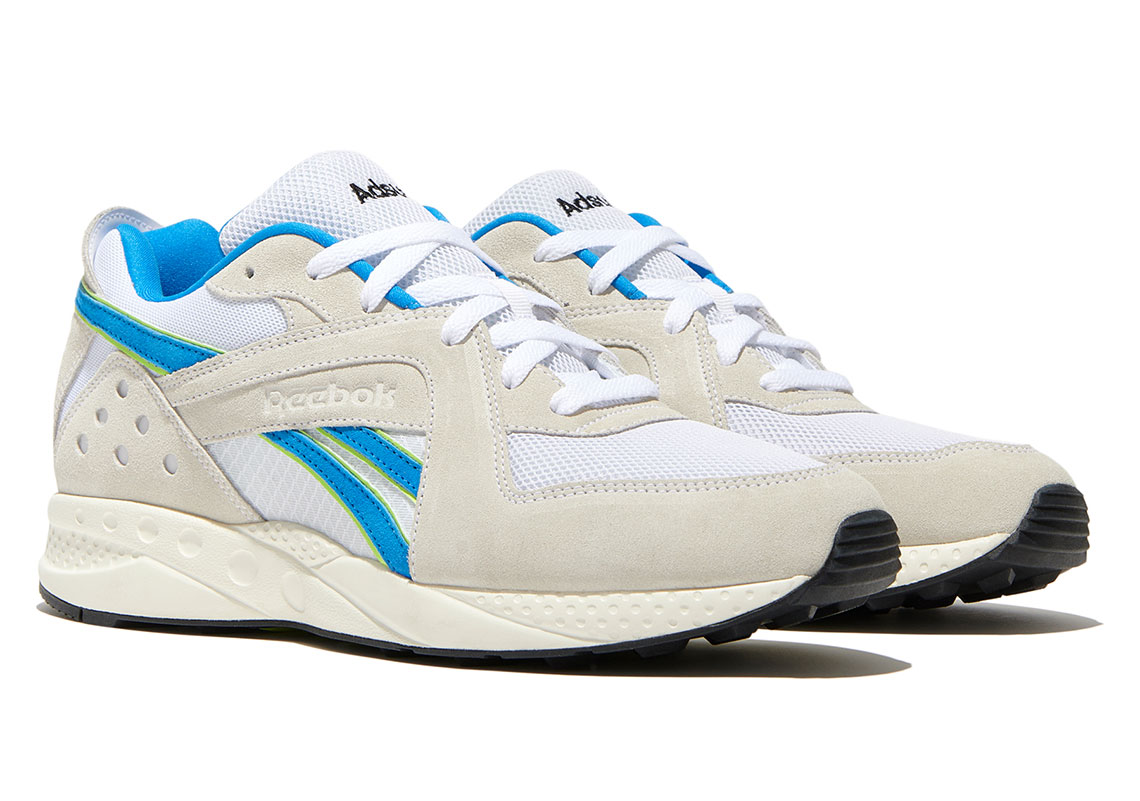 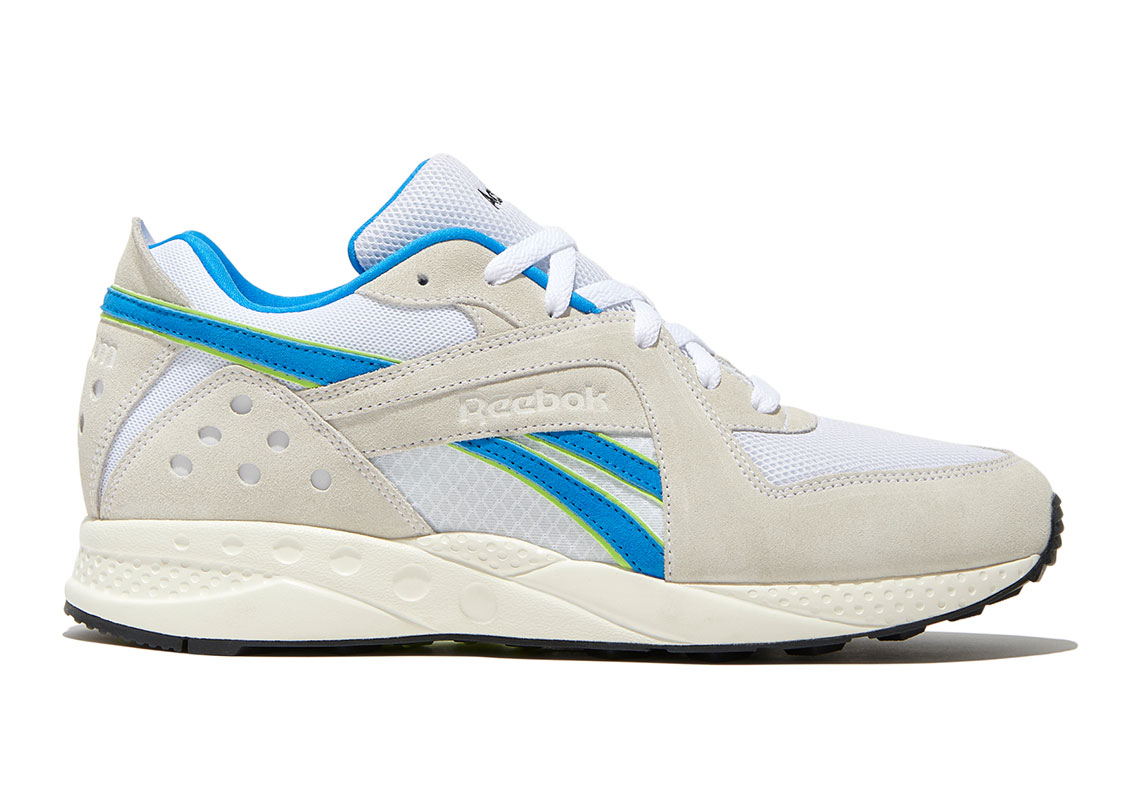 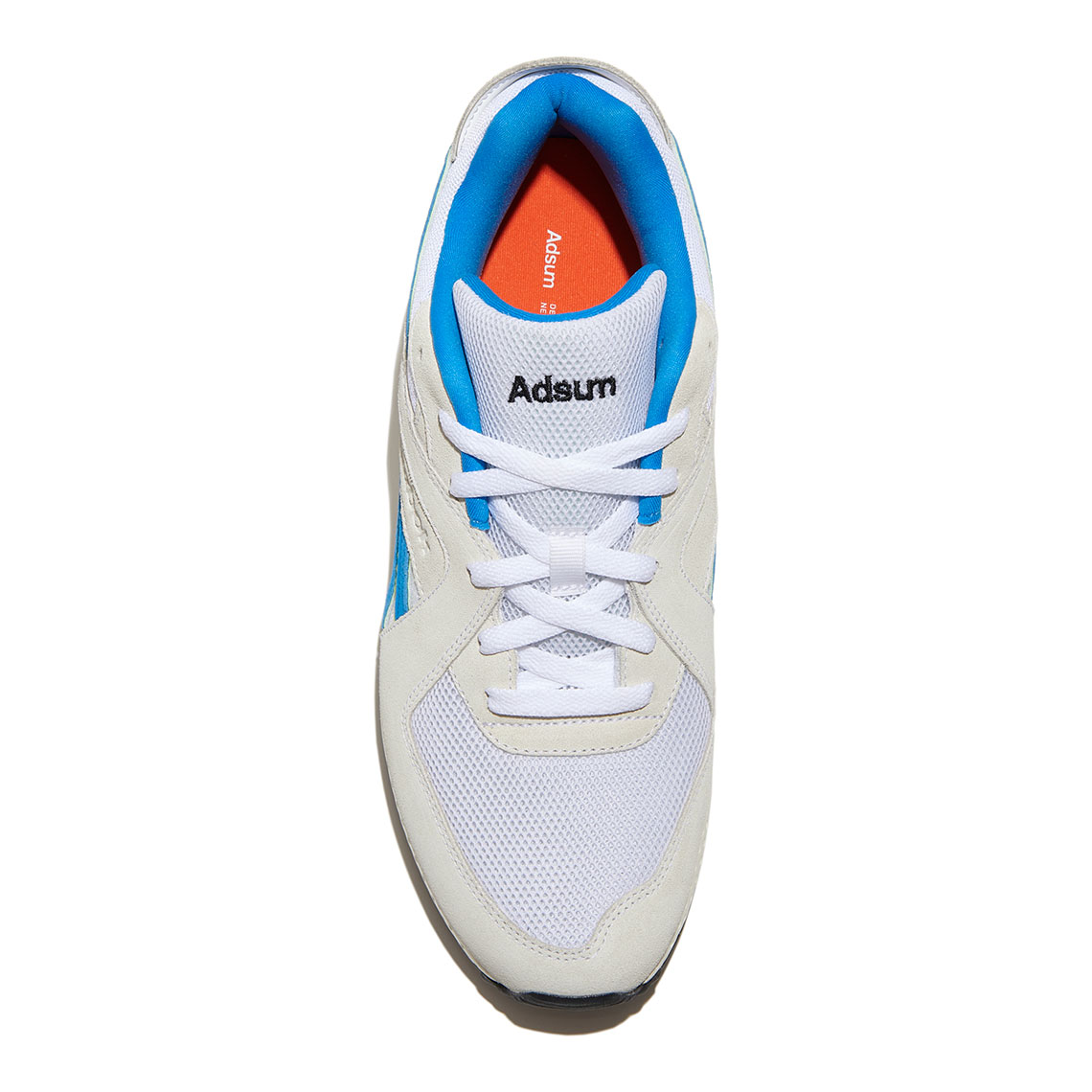 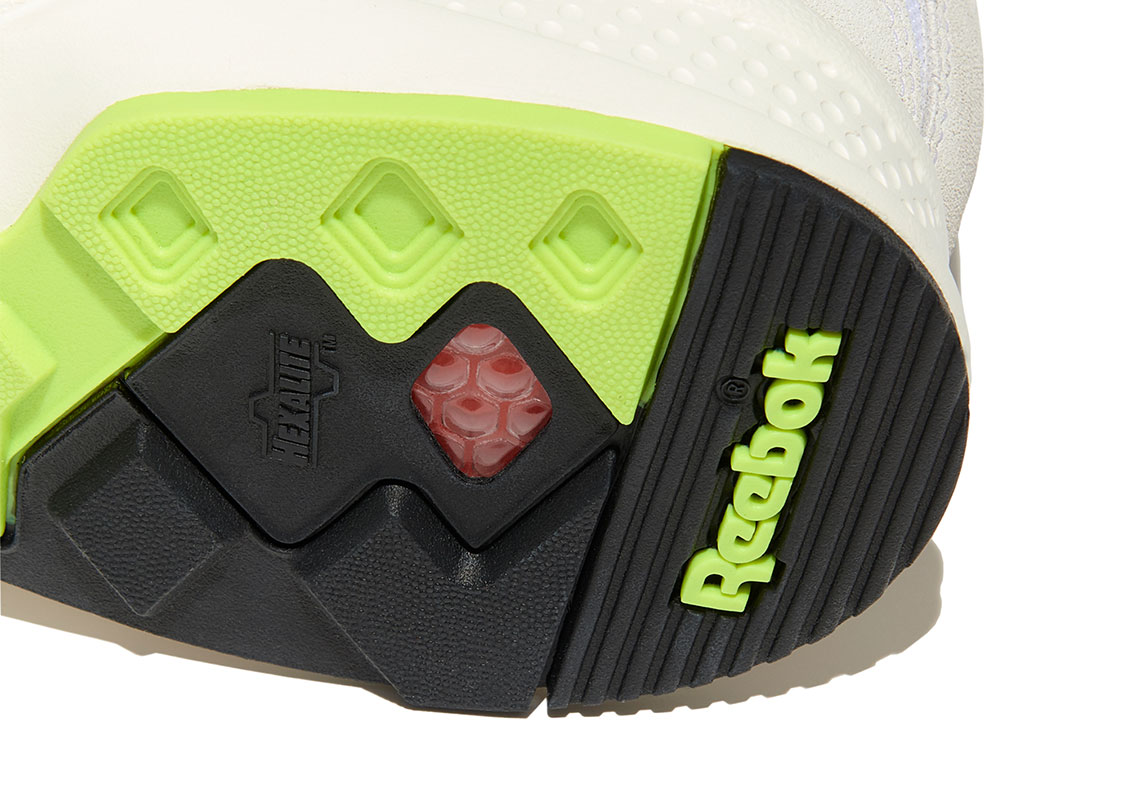