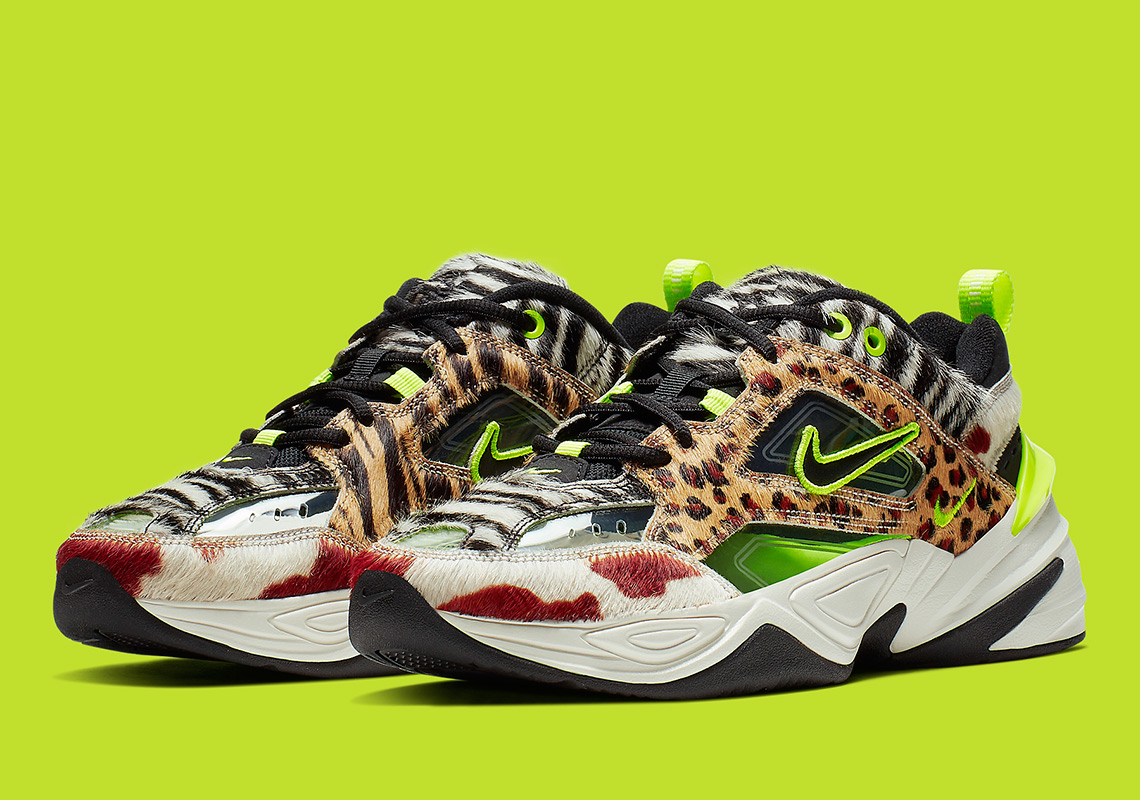 Nike’s M2K Tekno silhouette could not have arrived on the market at a more perfect time, as its Air Monarch predecessor had just started garnering more acclaim for its chunky “dad” shoe vibes – a trend that rose to glory quickly throughout 2018. Proving that it has some staying power beyond that fad, the Tekno is set to release next month in its unquestionably wildest kit yet. Done up with a number of ornate animal prints the M2K Tekno “Animal Pack” is liken to atmos’ numerous releases under the same monicker, ripe with faux fur resembling a leopard, a zebra, and a cow. Furthermore – if those embellishments weren’t enough to grab your attention – its other layers are translucent, acting as a window to the inside of the sneaker, meaning your sock game is going to have to be on point when you lace up these Teknos. Finished off by flashes of volt throughout, and rumored to be limited to a mere 5,000 pairs worldwide, grab an official look ahead and keep it locked for official release updates and more information as we have it. 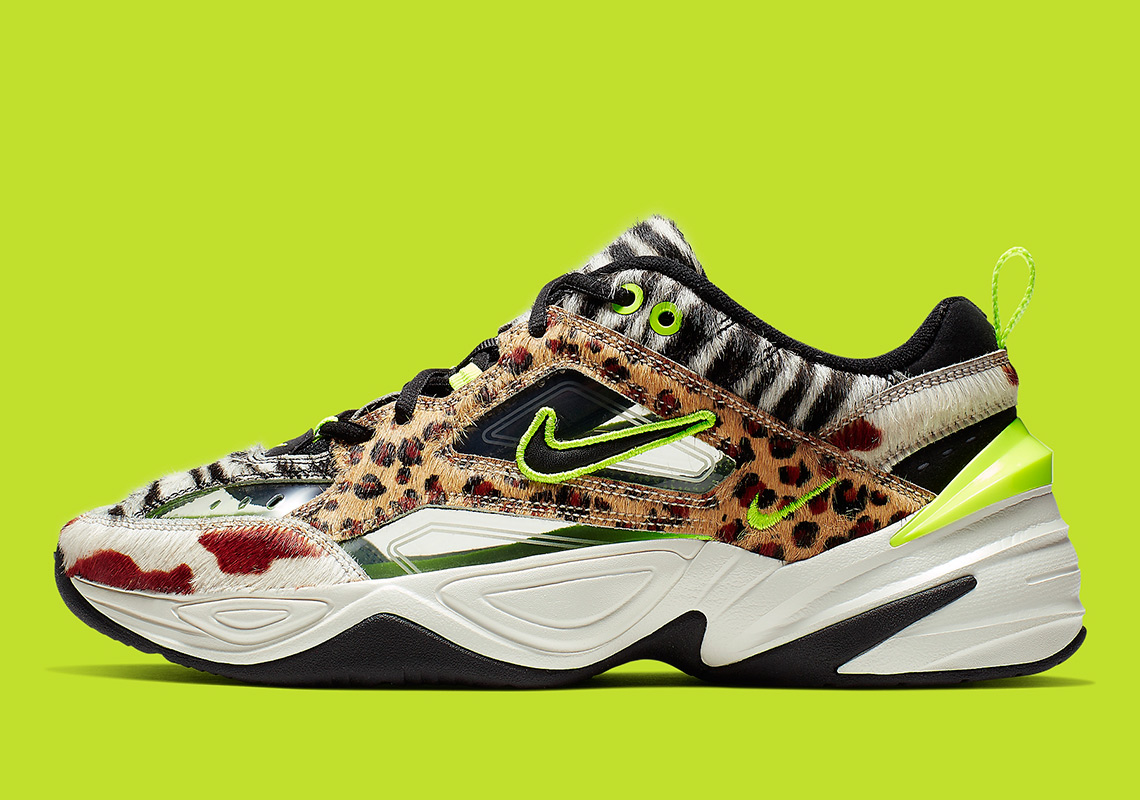 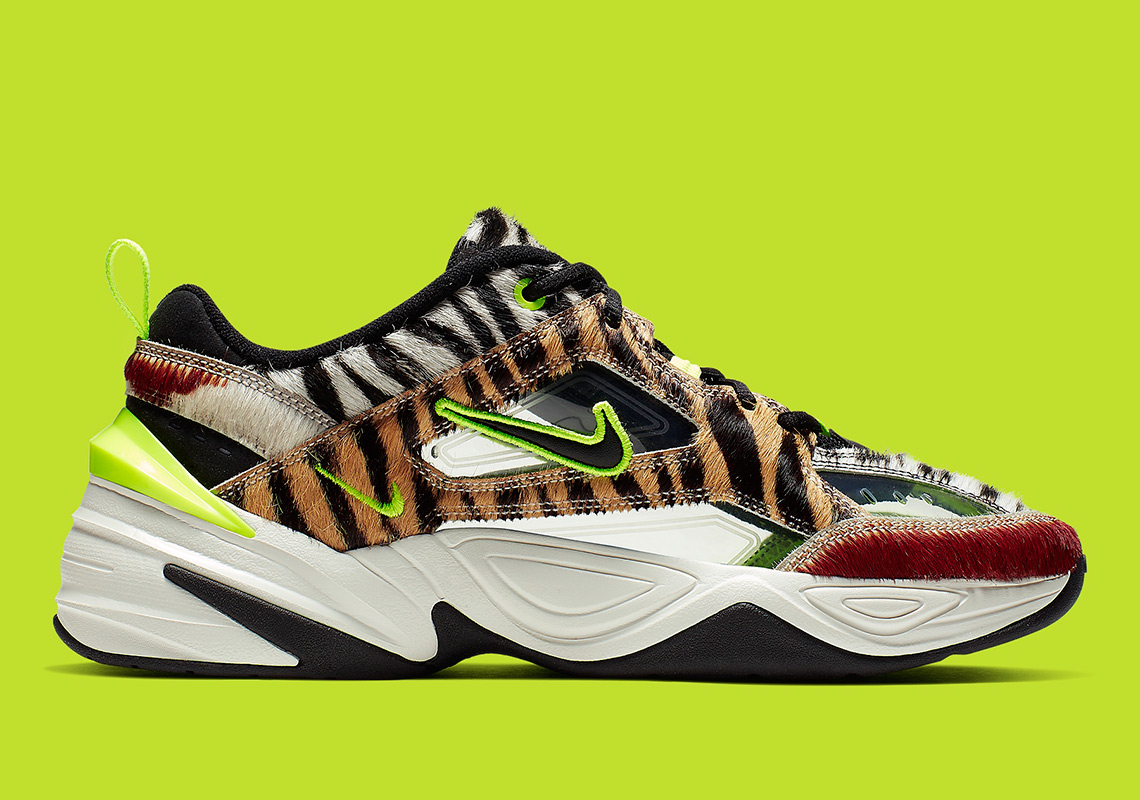 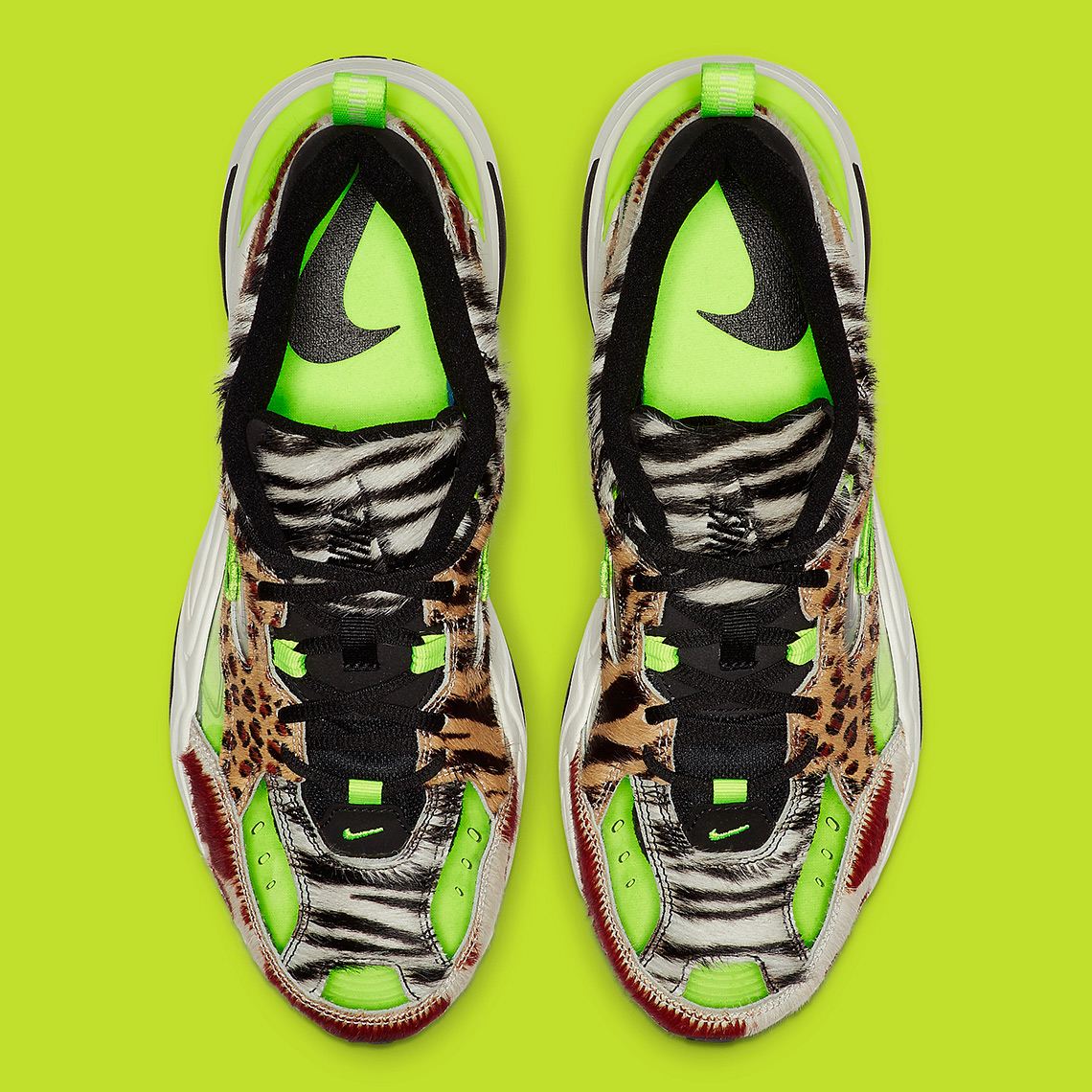 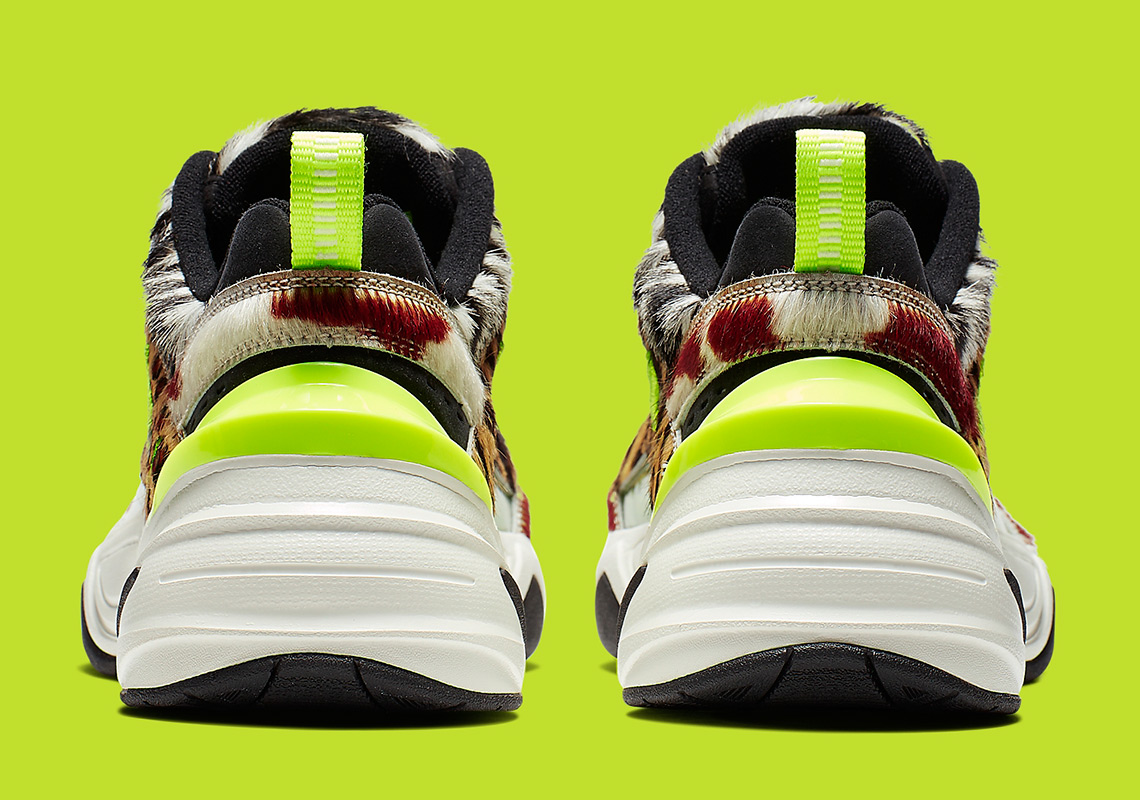 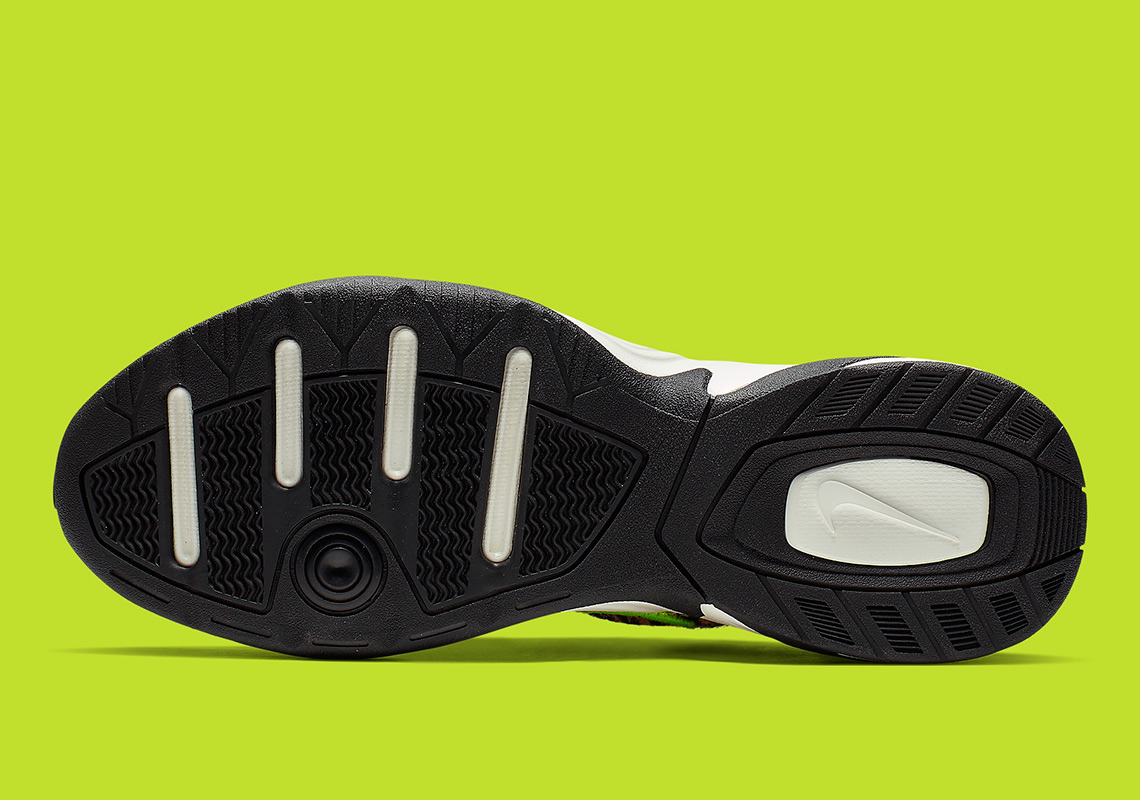