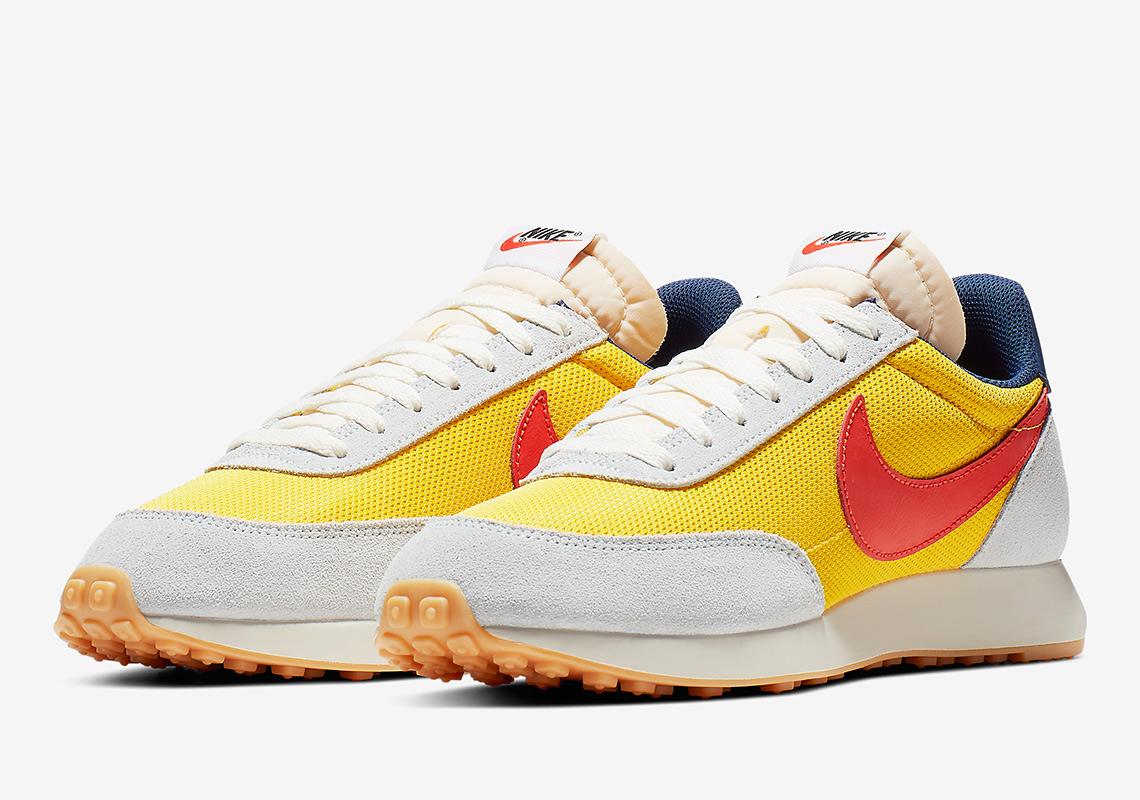 Serving as the very first Nike sneaker ever equipped with Air technology, the Tailwind has enjoyed a fruitful return since October of 2018, releasing in original color schemes as well as brand new make-ups. Later this year, the influential silhouette returns once again in a color scheme liken to Polo’s recognizable “Snow Beach” makeup with a Nike Swoosh a bit closer to orange than it is to Ralph Lauren’s bold red shade. Its perforated midfoot mesh calls upon a striking yellow hue as its anchor, with navy, light grey, and orange adding their own twist to elements all throughout its classic upper. Tugging on the nostalgic heartstrings of diehard Swoosh fanatics, this 1979 original model was easily one of the more slept on releases over the last half year. Eager fans can enjoy an official set of images below and expect this Tailwind’s arrival on Nike.com and at other Swoosh stockists on soon. 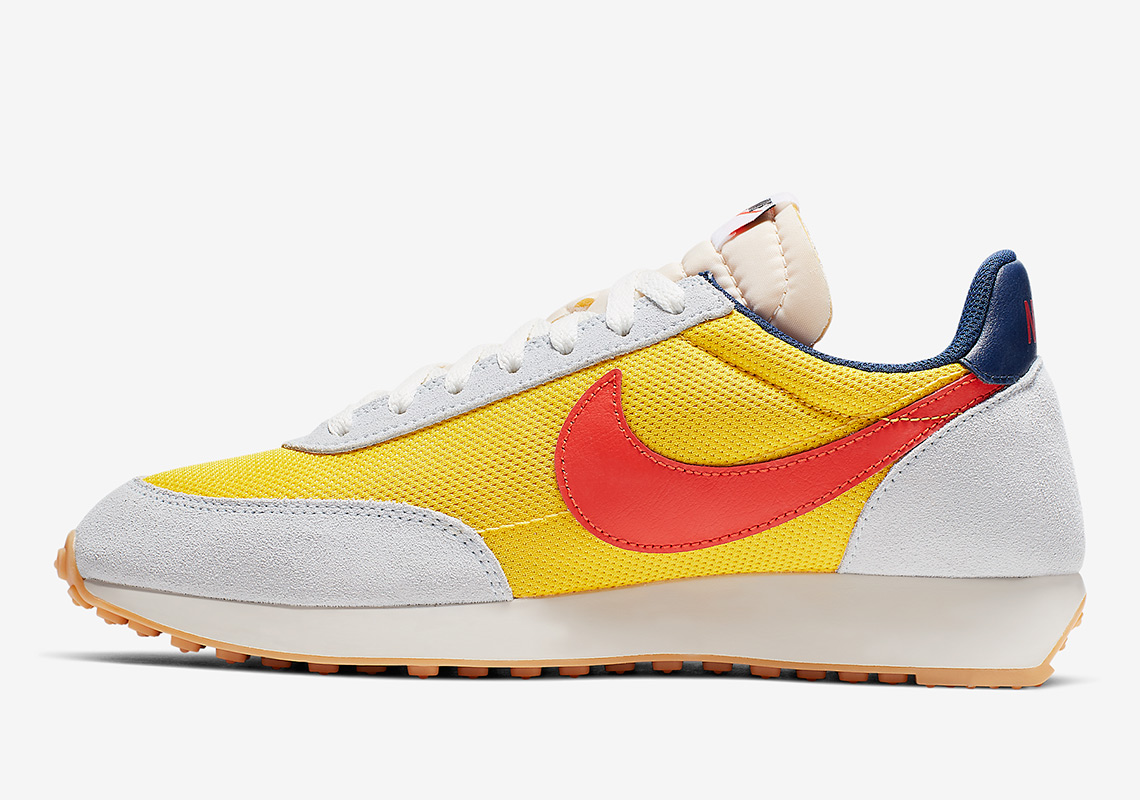 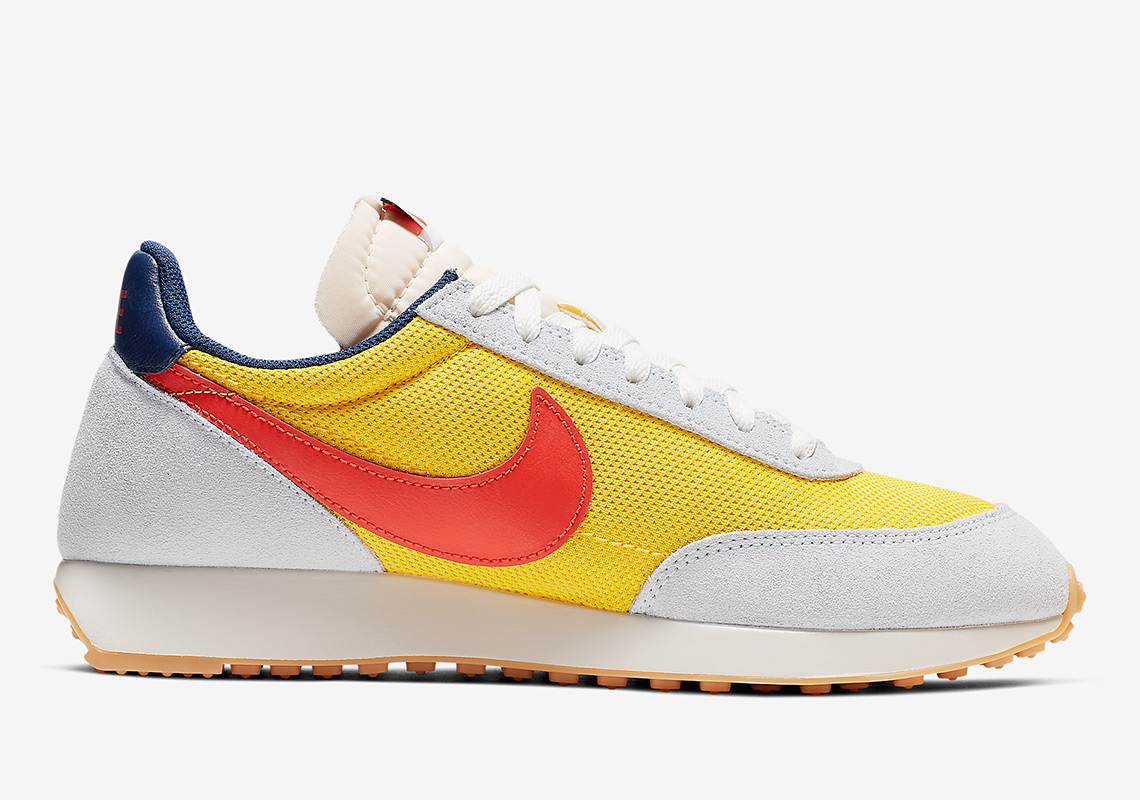 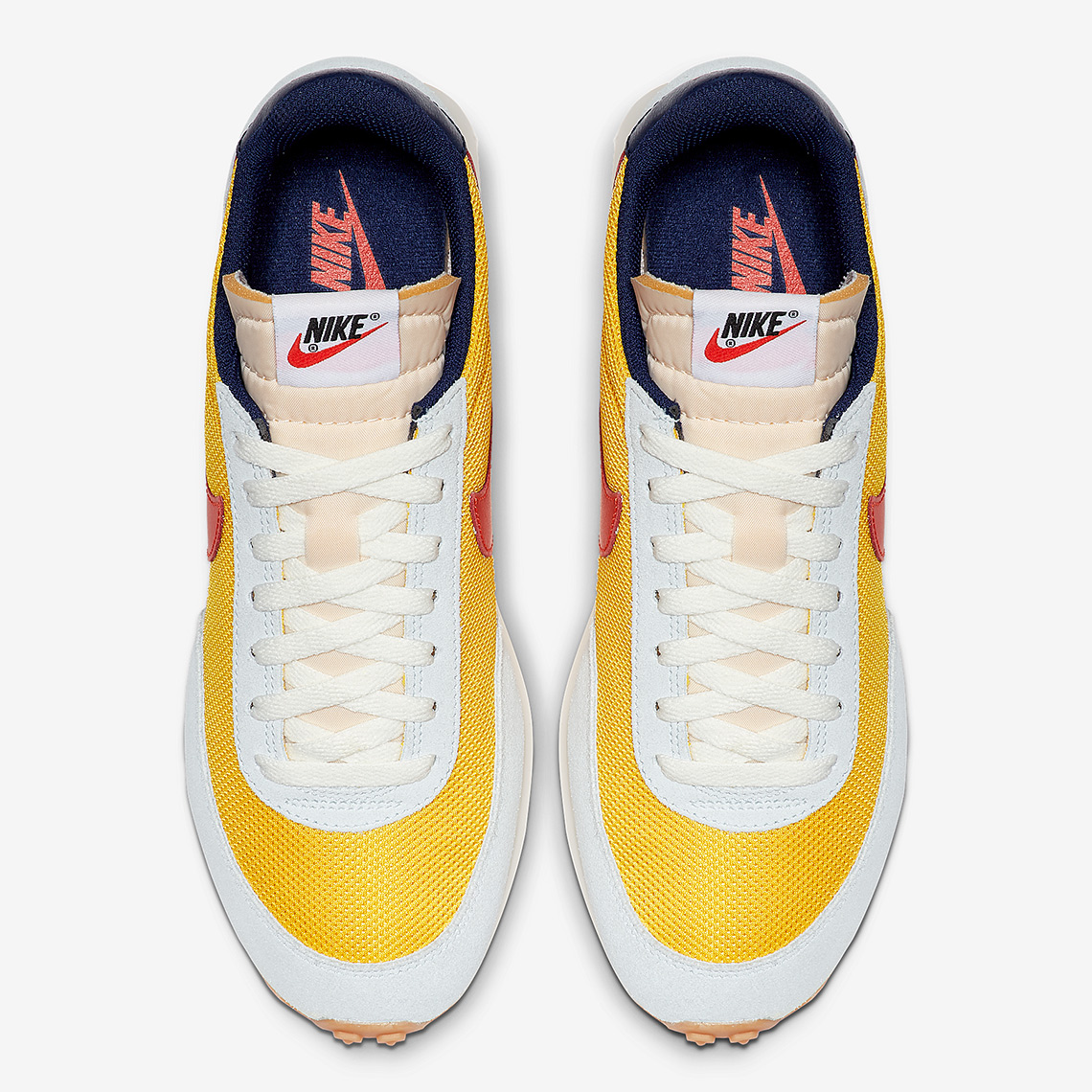 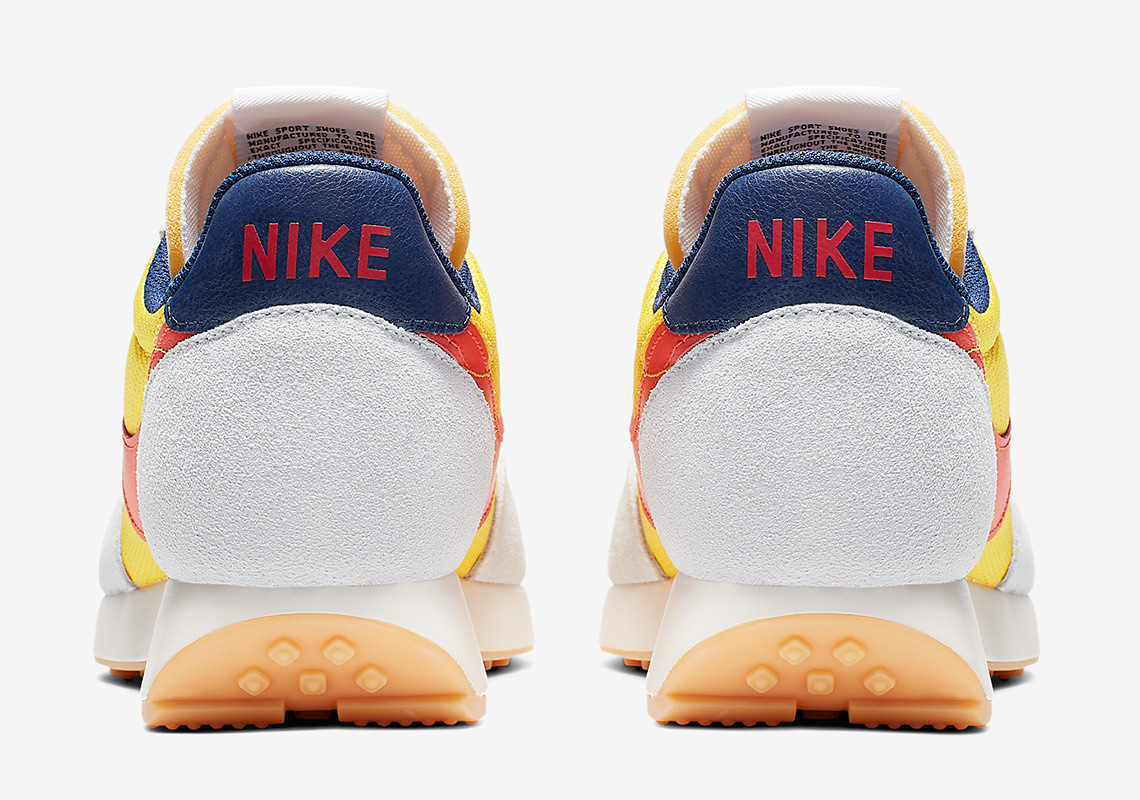 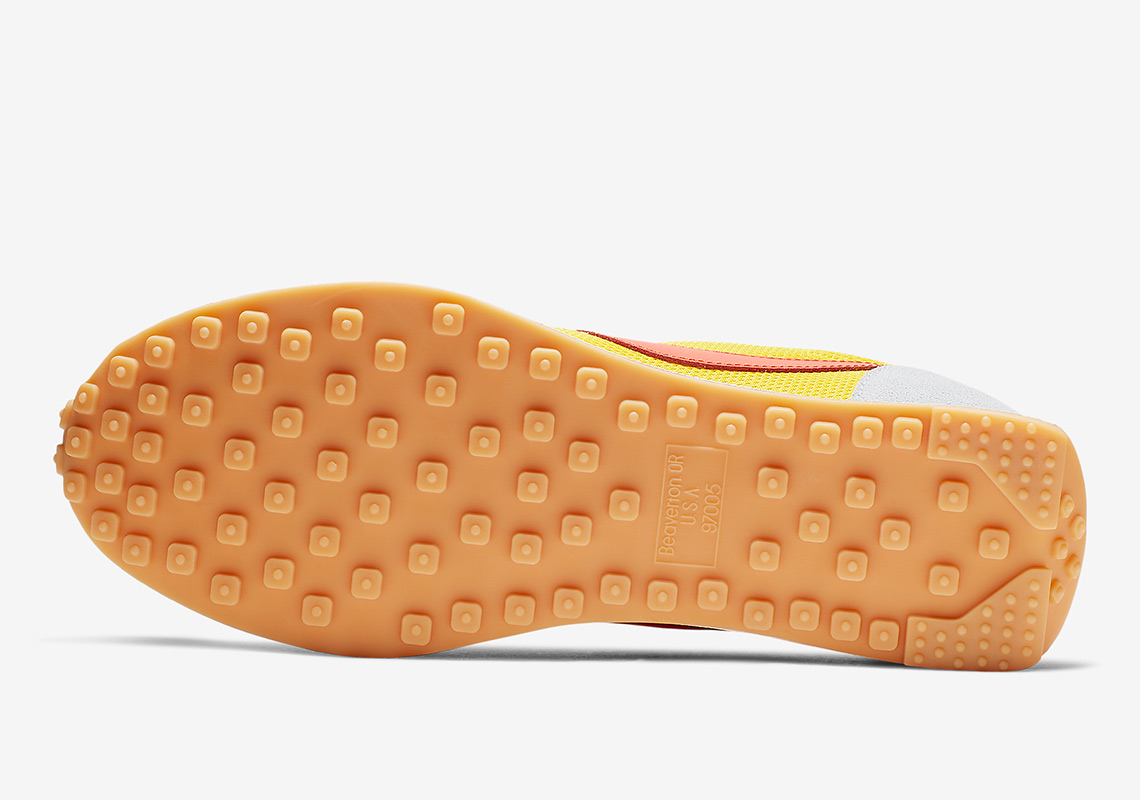