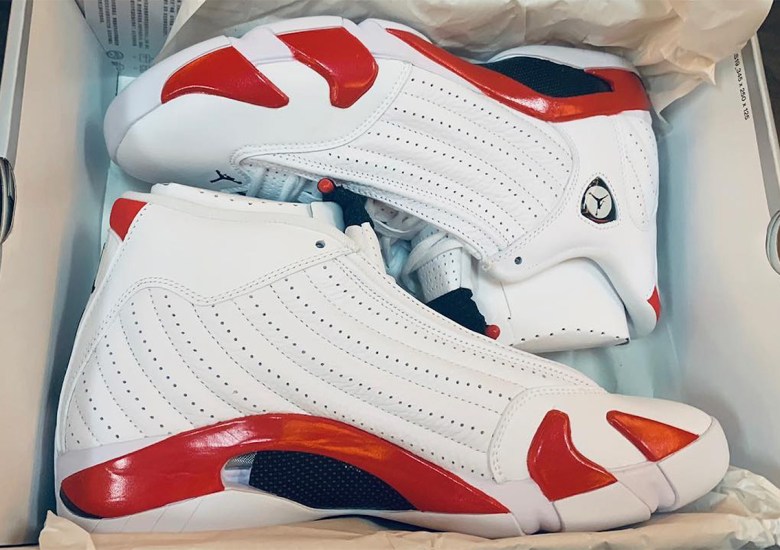 Back in February, we received first word of an upcoming Air Jordan 14 PE designed after the pair that Richard Hamilton wore during the 1999 NCAA Tournament in which he won the Tournament’s Final Four MVP award. Bearing a striking resemblance to the Jordan 14 “Candy Cane” color scheme, this hotly-anticipated drop equips a primarily white color scheme with flashes of Varsity Red on its mudguard as well as the edges of the silhouette’s unique tongue. Throughout the Jumpman’s unprecedented history, its incredible PE lineup ranks amongst the industry’s elites with a number of hallowed iterations the likes of the AJ14 featured here receiving special retail drops. Pairs are slated to arrive at Jordan Brand retailers around the globe in sizing for the entire family including adults and grade school on April 6th with an MSRP of $190 USD.

*Note that the pair pictured here is the grade school version.