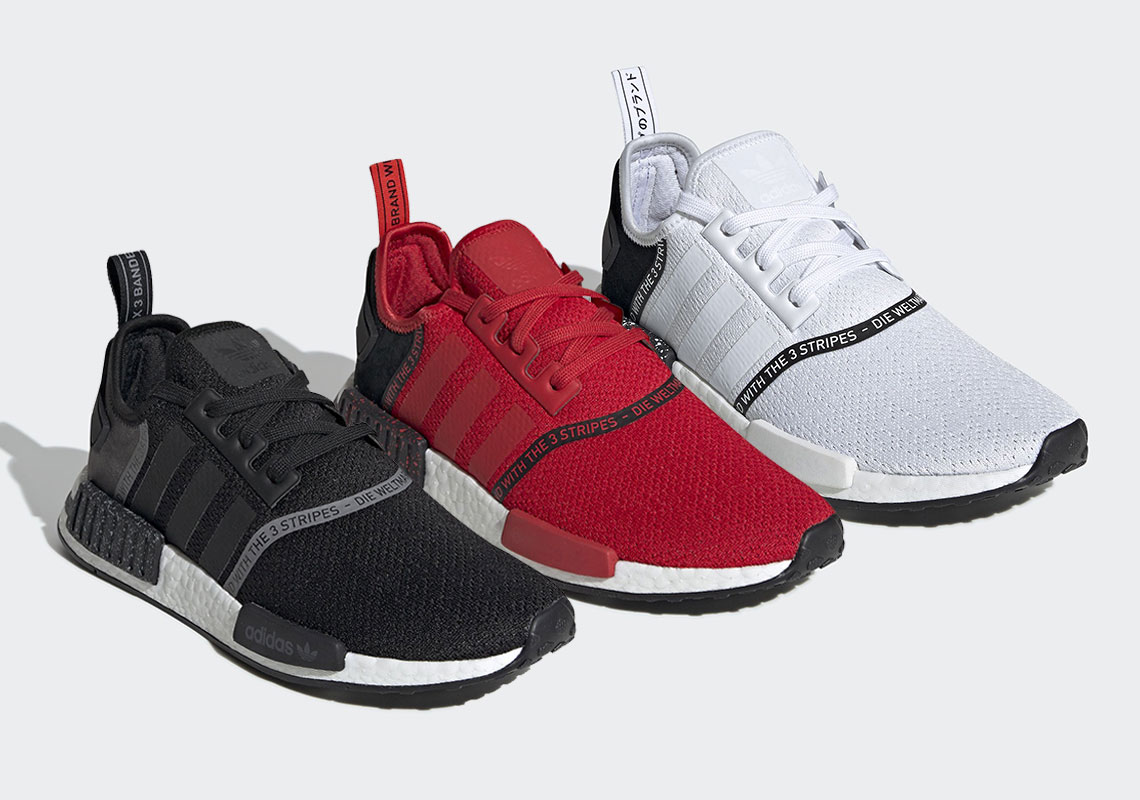 adidas’ starring NMD R1, despite slowing down for the better part of the last few months, is slowly starting to ramp up with new toolings, bringing about a fresh pairing of speckled accents and standout taping to the uppers of three forthcoming colorways: a white, red, and black. The first two color block their construction with contrast heels opting for a much darker black appearance. Paint speckles, which find themselves plastered along the midsole as usual, are speckled in the tone found on each pair’s respective forefoot. Primary portions of the construction remain a textural mesh while the heel counter opts instead for a sultry suede. Taping, which intersects across the vamp, sole, and profile, provide a note of extra branding in multilingual typography fitting of a shoe fitting of urban exploration. Grab a detailed look at each one and expect a release inbound at select retailers and adidas.com. 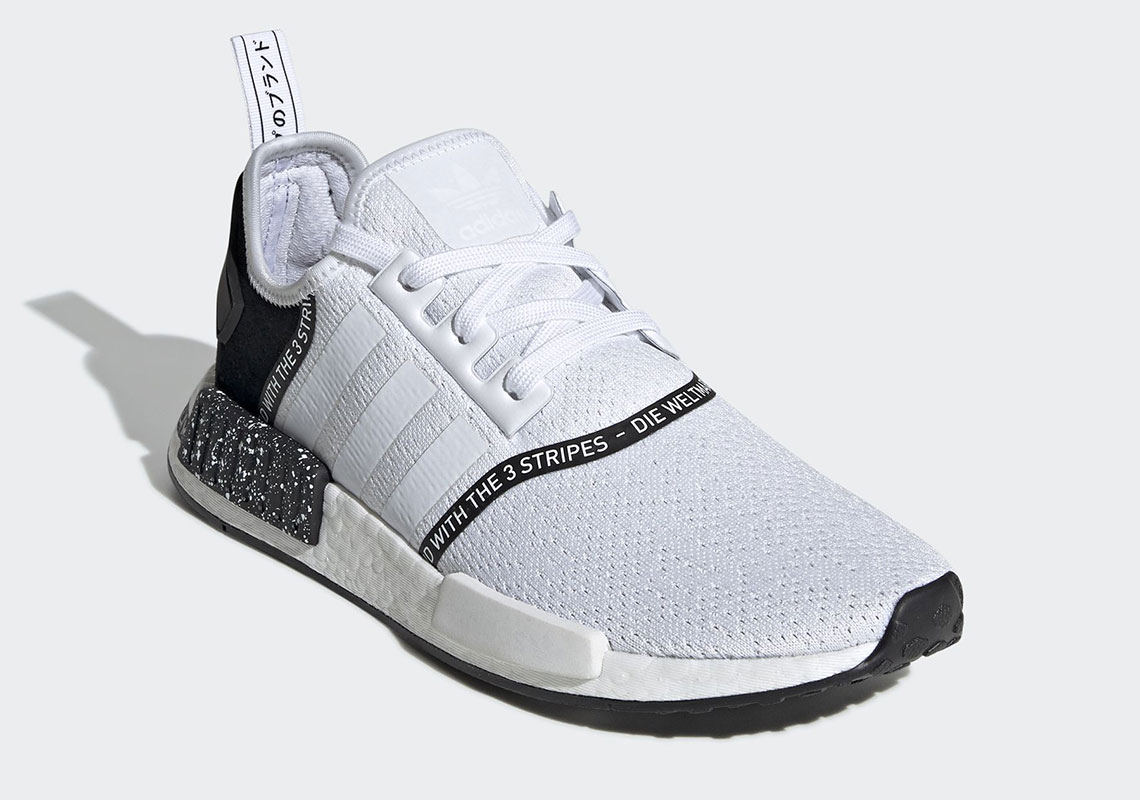 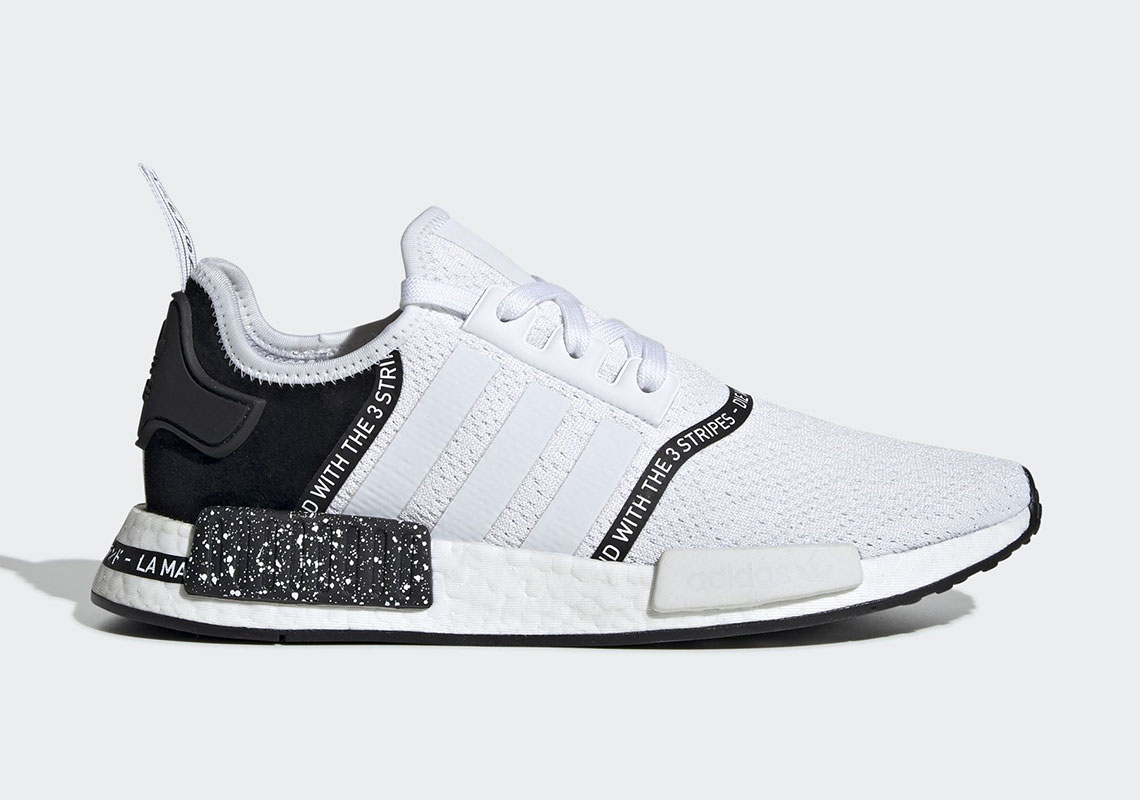 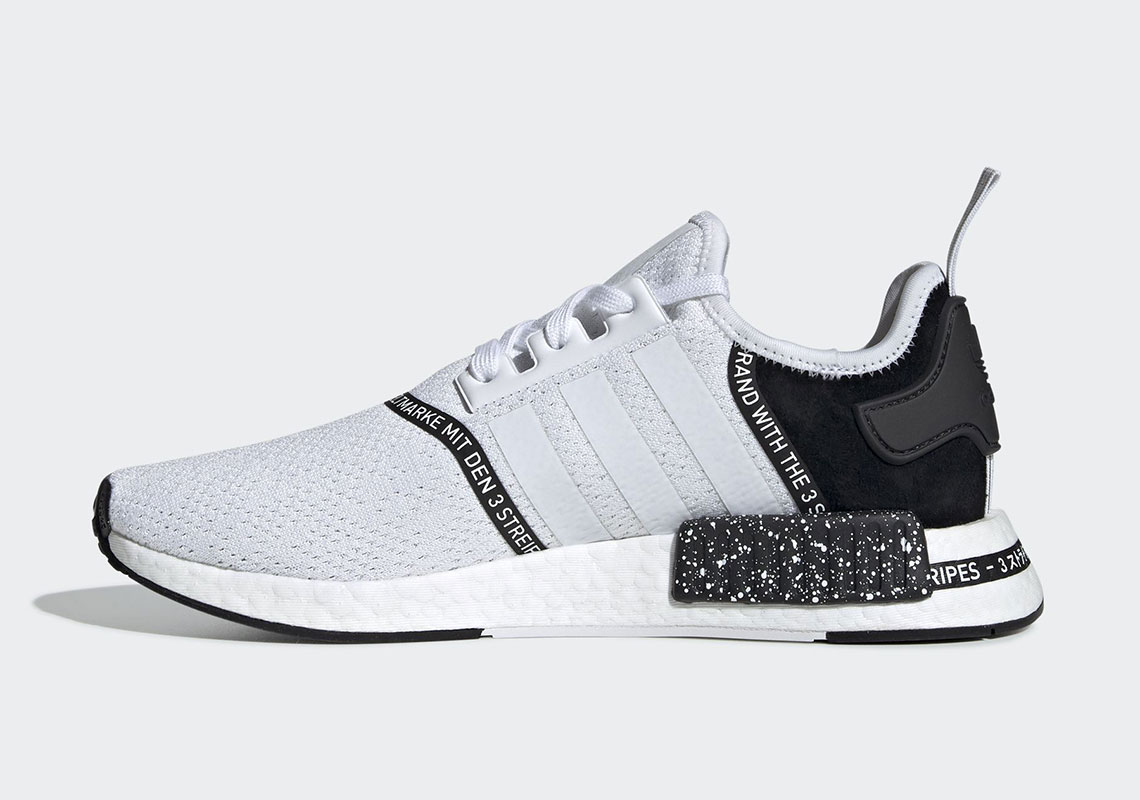 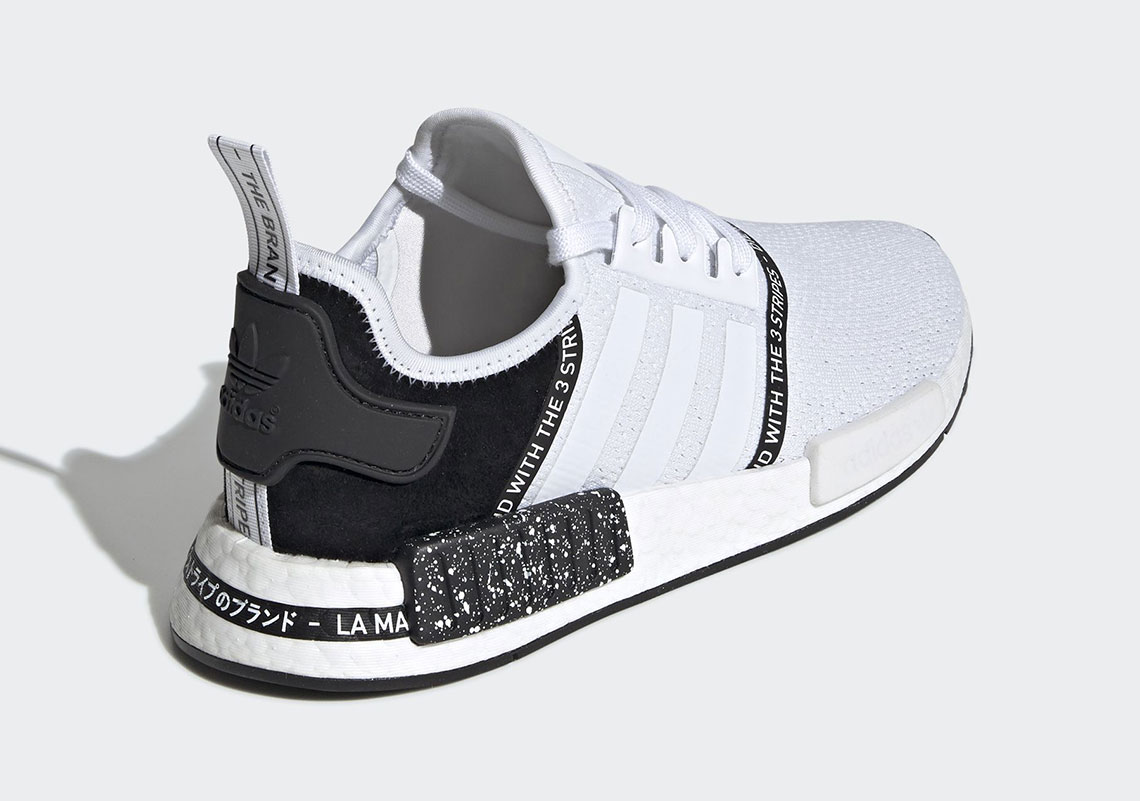 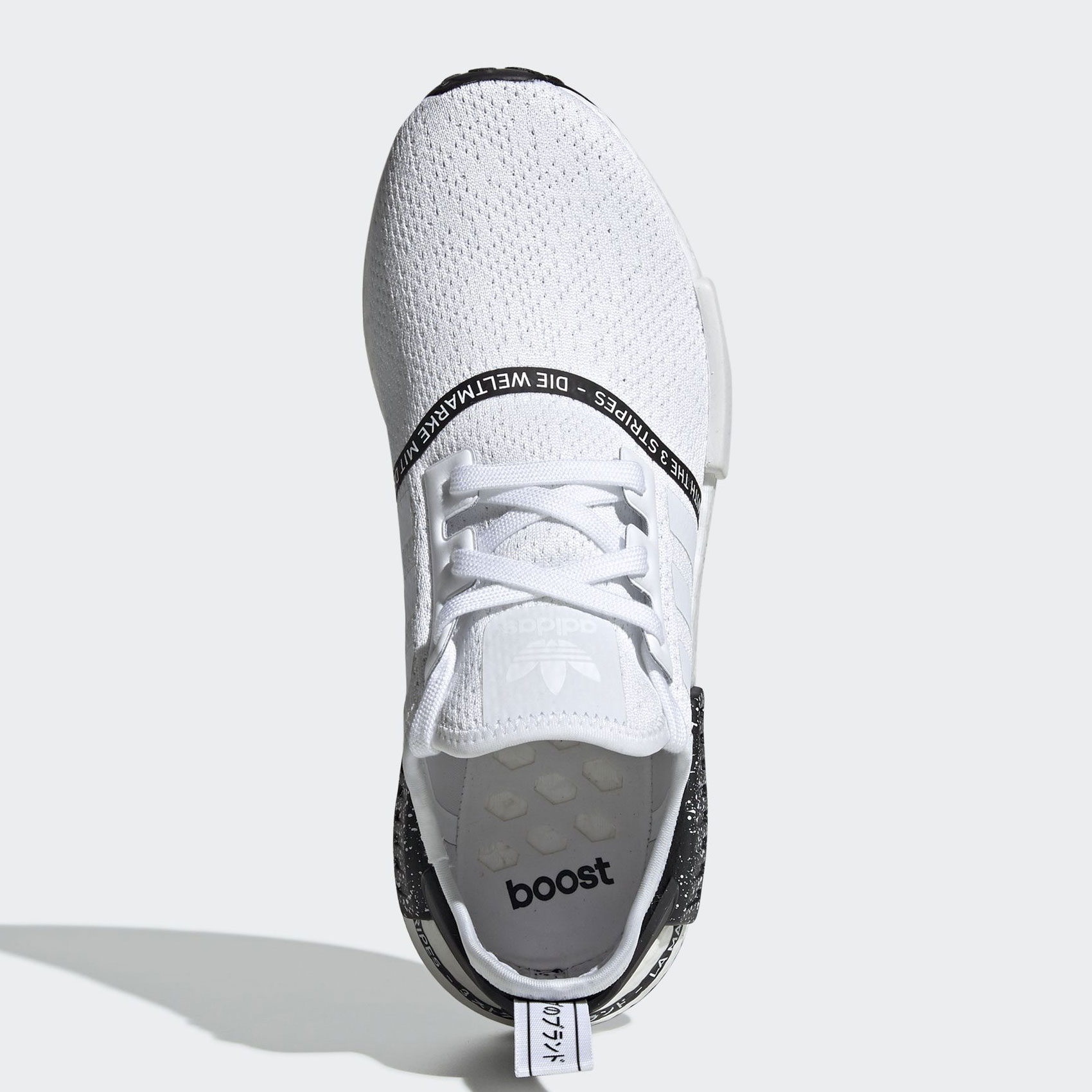 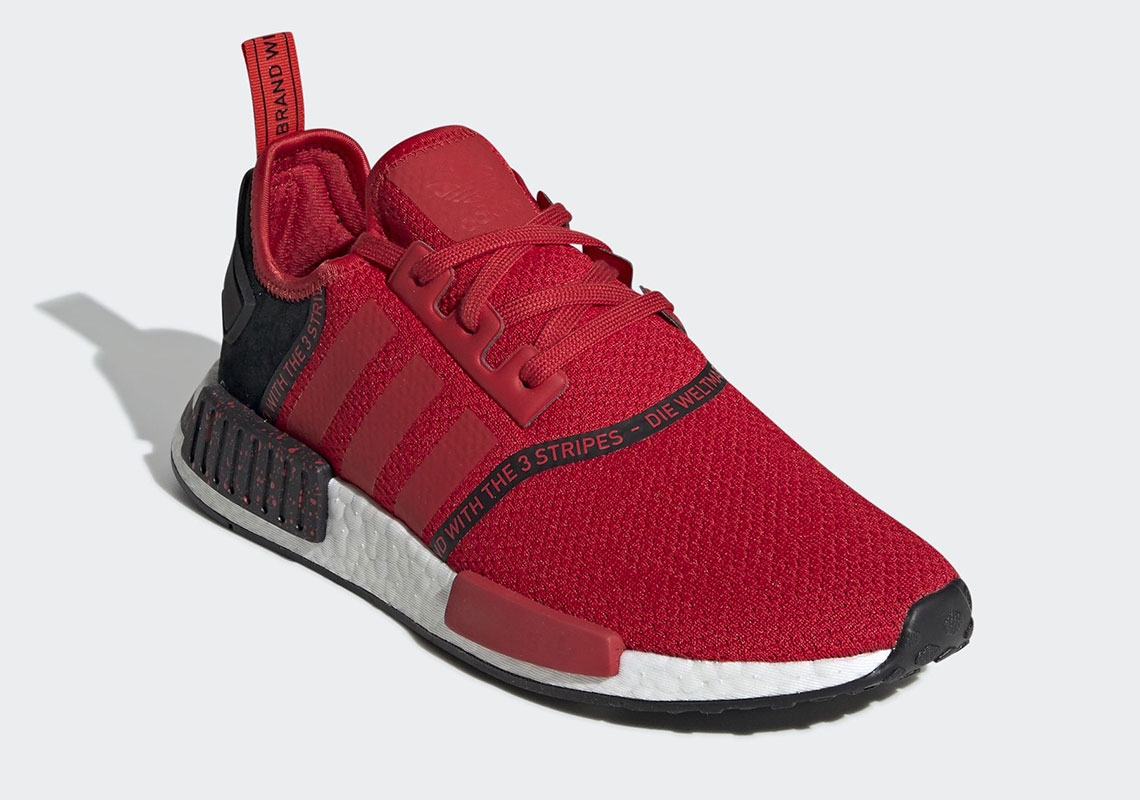 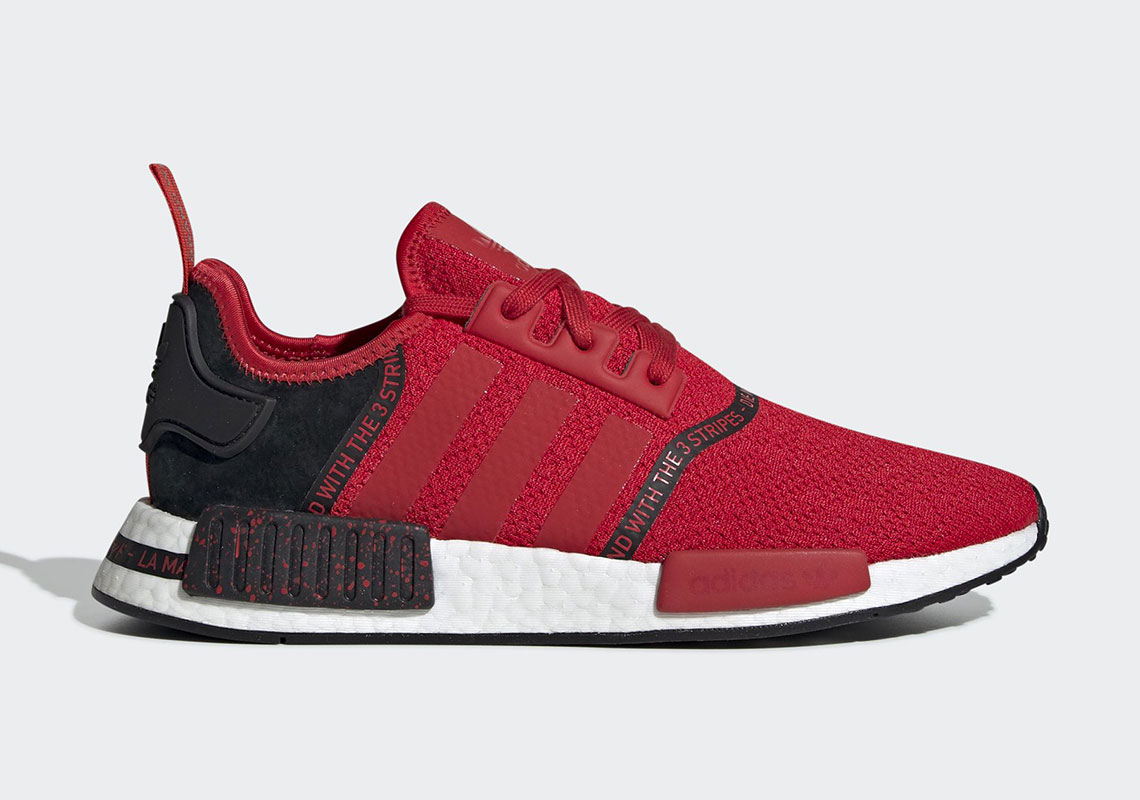 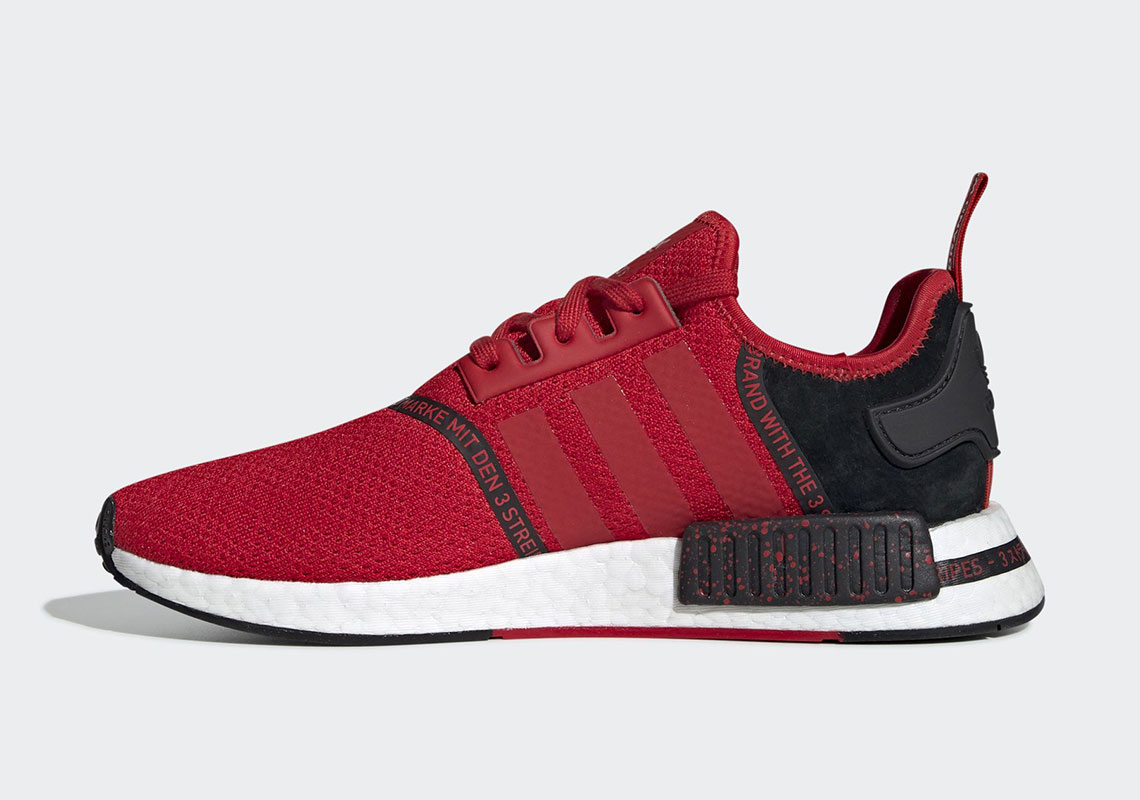 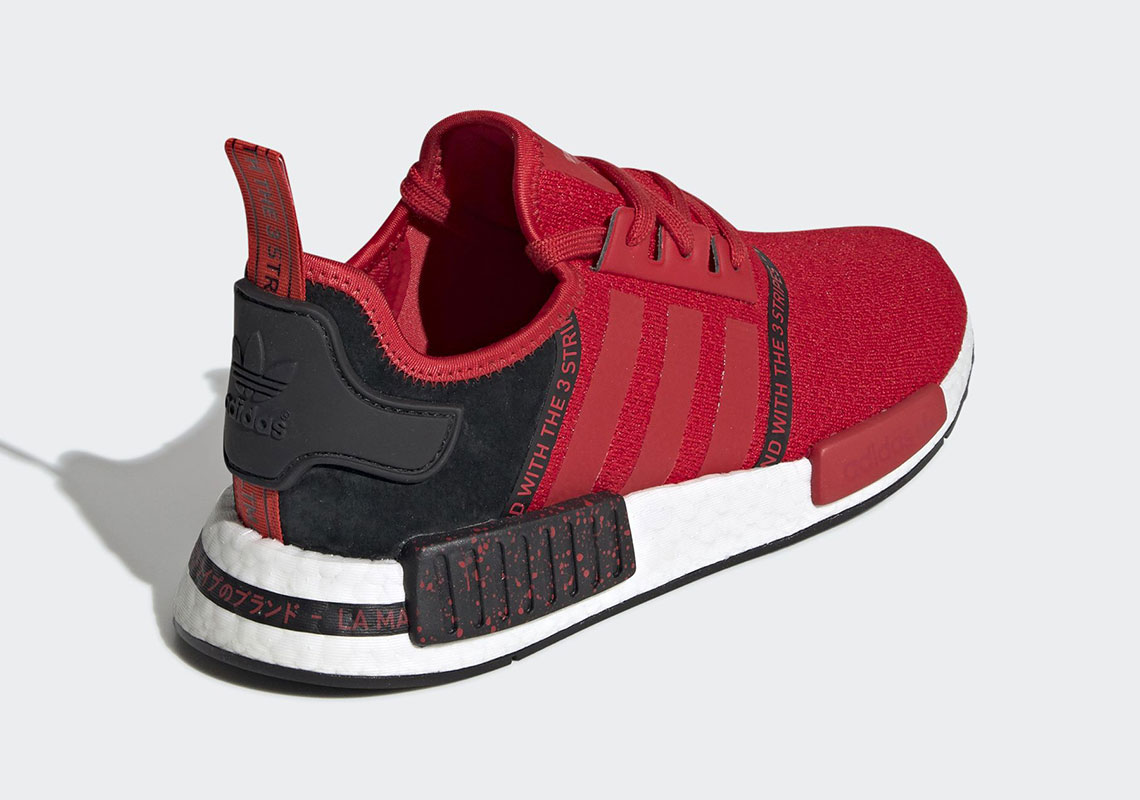 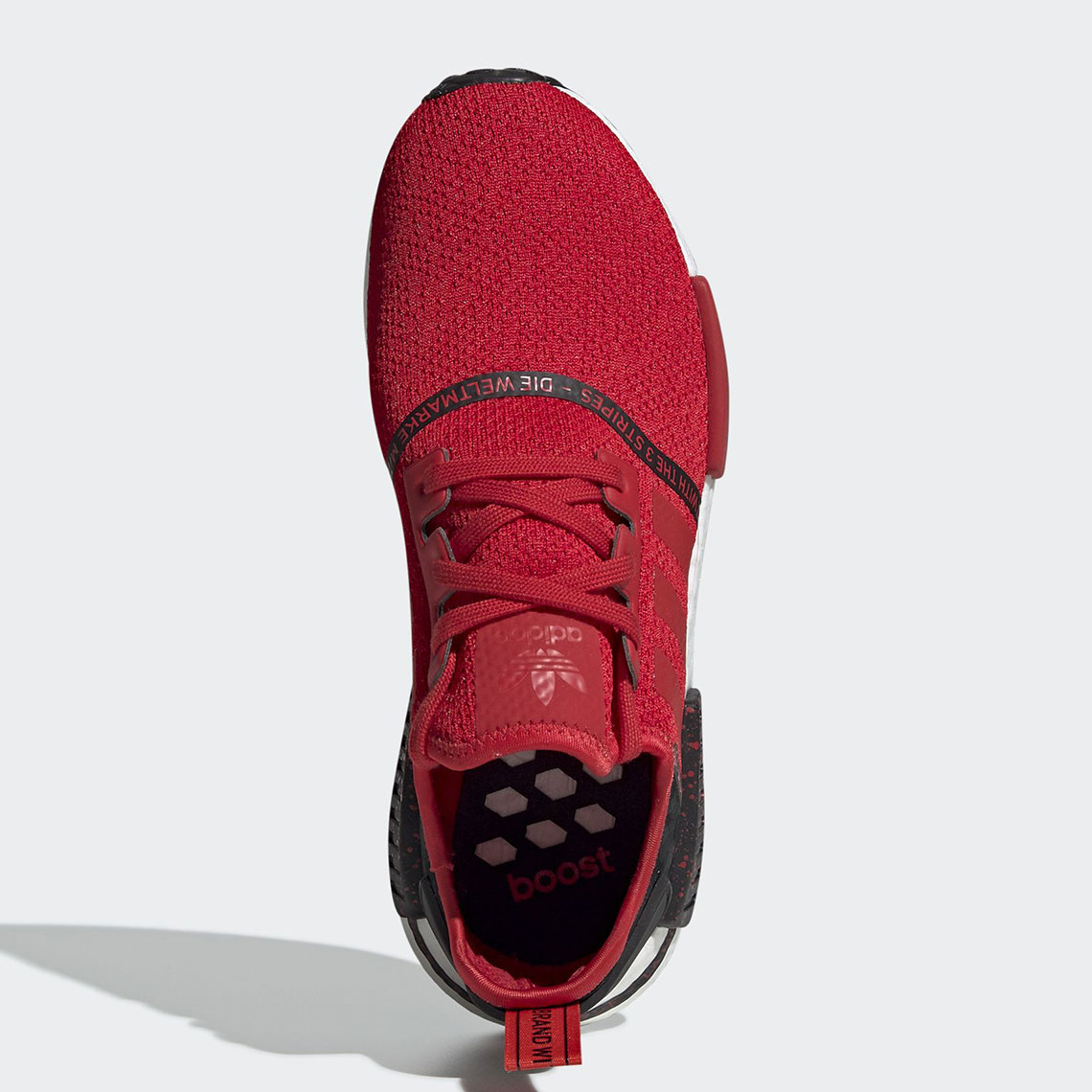 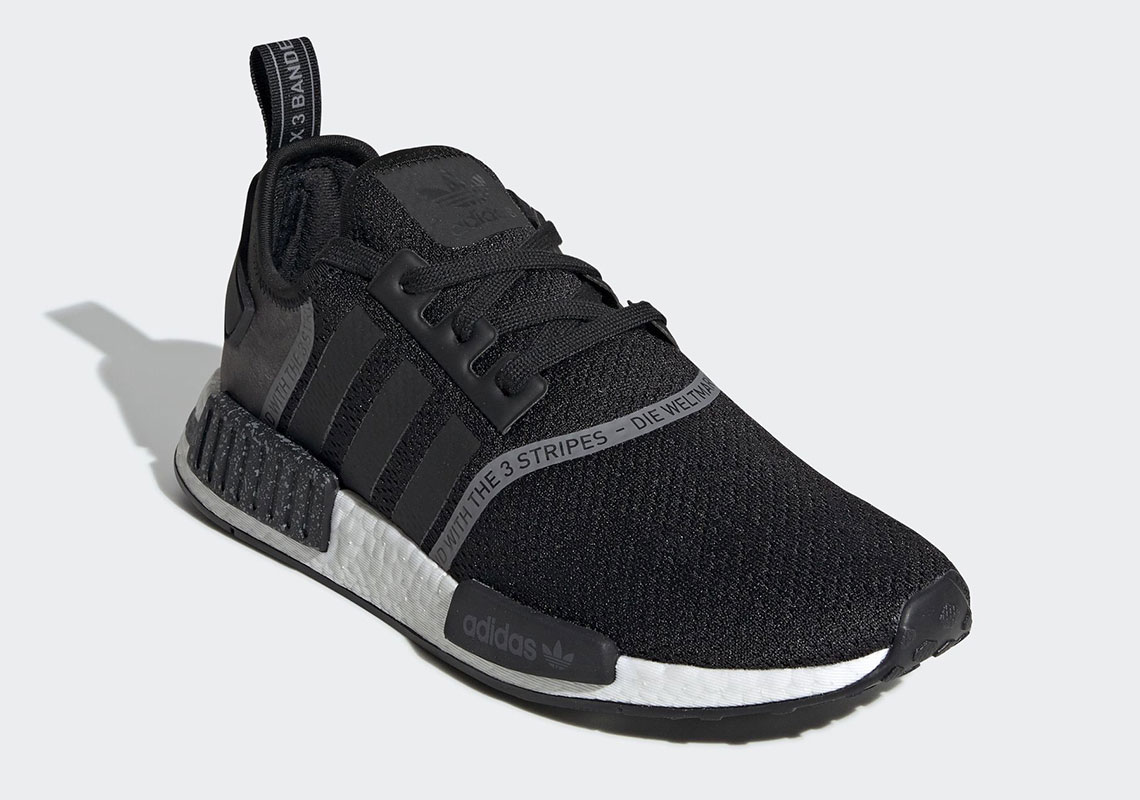 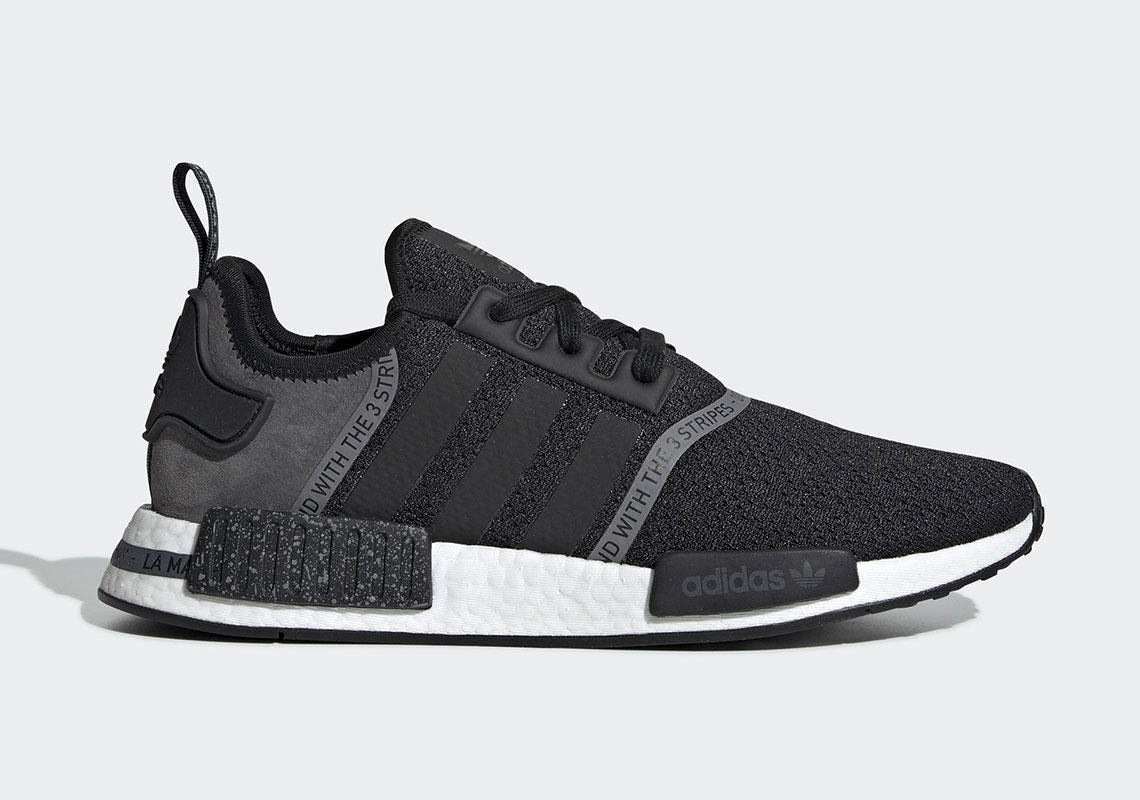 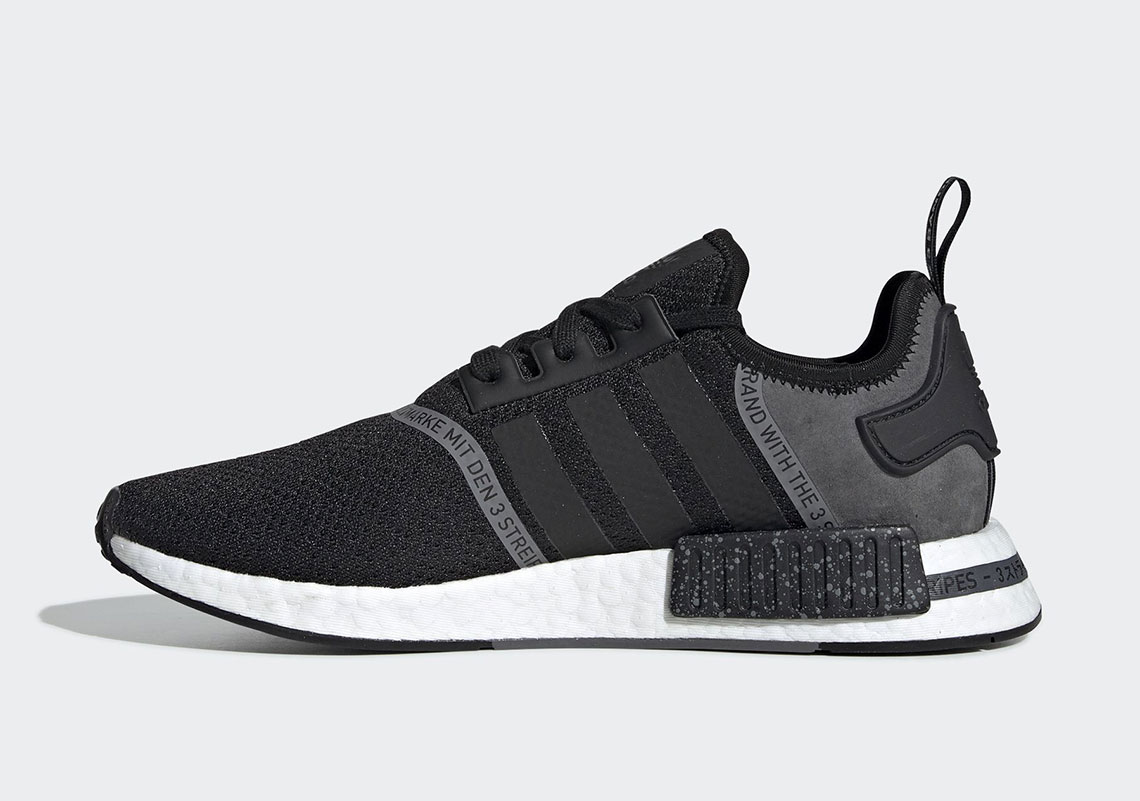 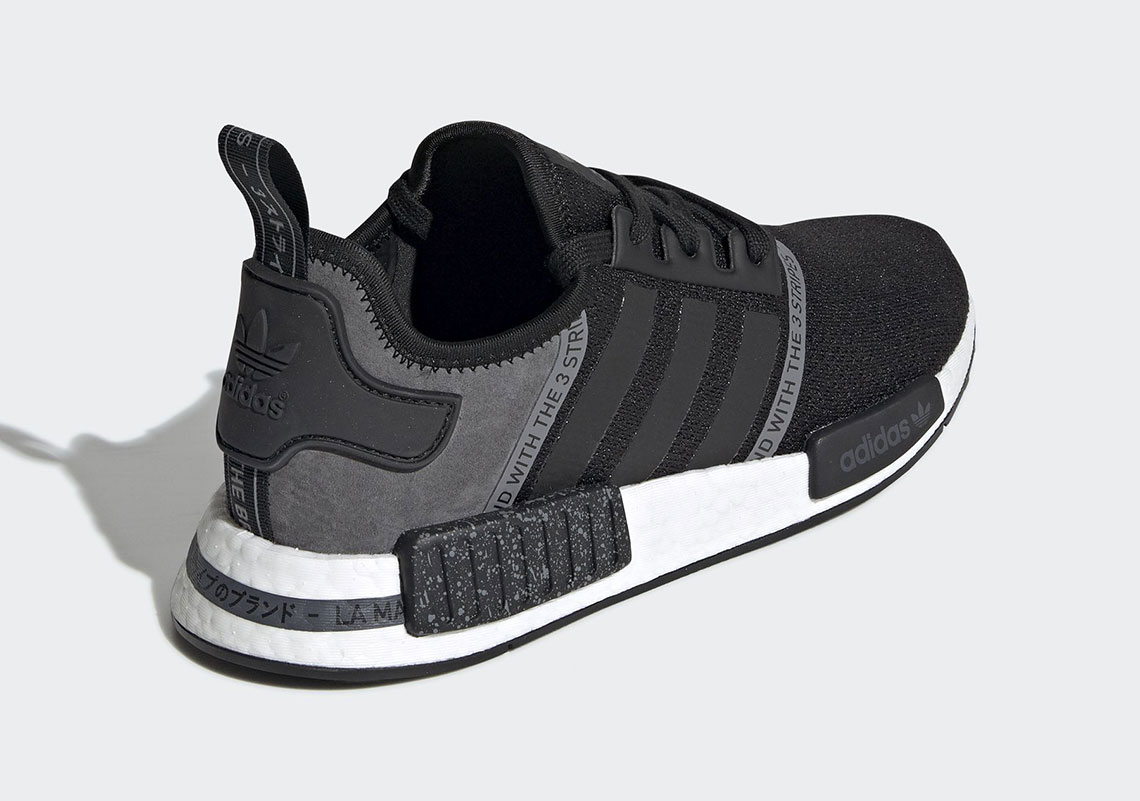 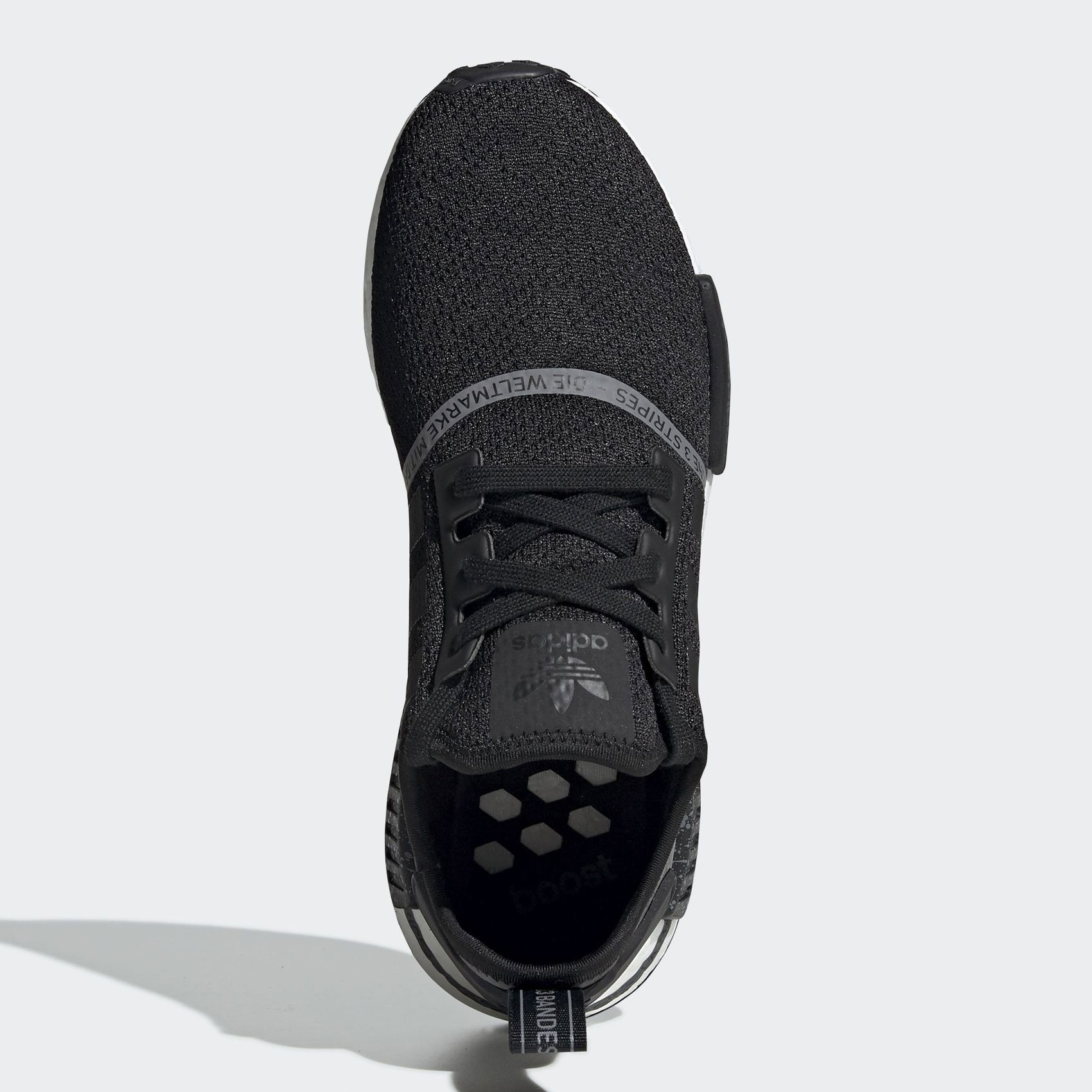