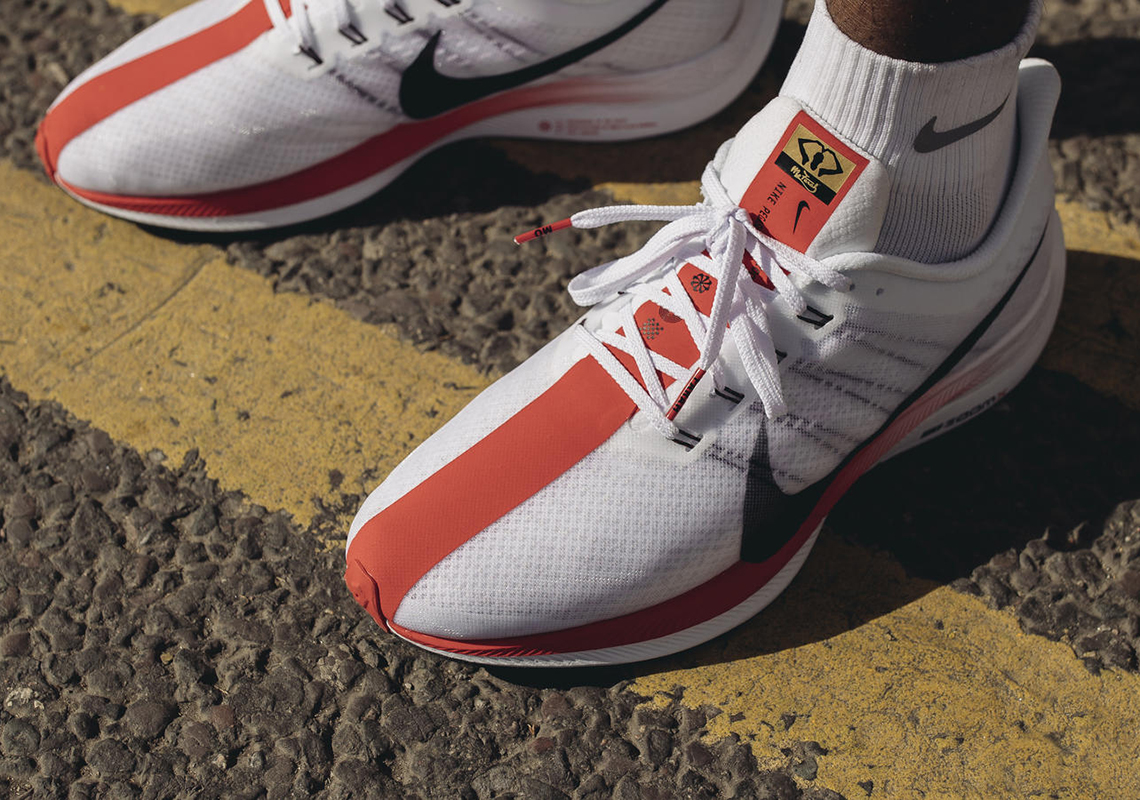 2019’s running of the London Marathon is going down at the end of this month, so to celebrate the Big Smoke’s annual 26.2, Nike is releasing a special Zoom Pegasus 35 Turbo and a Vaporfly 4% Flyknit in conjunction with legendary British distance runner Sir Mo Farah. The Pegasus features a crisp red and white color scheme with black accents, while special detailing arrives via Farah’s signature “MoBot” logo on the tongue and a gold Union Jack logo on the heel that nods to his championship pedigree. No special detailing is present on the Vaporfly 4% Flyknit, but it does boast a race-ready sport red upper with stark black embellishments and a blue-to-red gradient fade on the upper half of the midsole. Geared for sustained speed over long distances, both shoes will release on Nike.com in April: the Pegasus on the 9th, followed by the Vaporfly 4% a week later on the 16th. Check out each shoe below, and be sure to keep your eye on the London Marathon this month, as Farah is set to duke it out with last year’s winner and fellow Nike athlete — the lightning-quick Eliud Kipchoge. 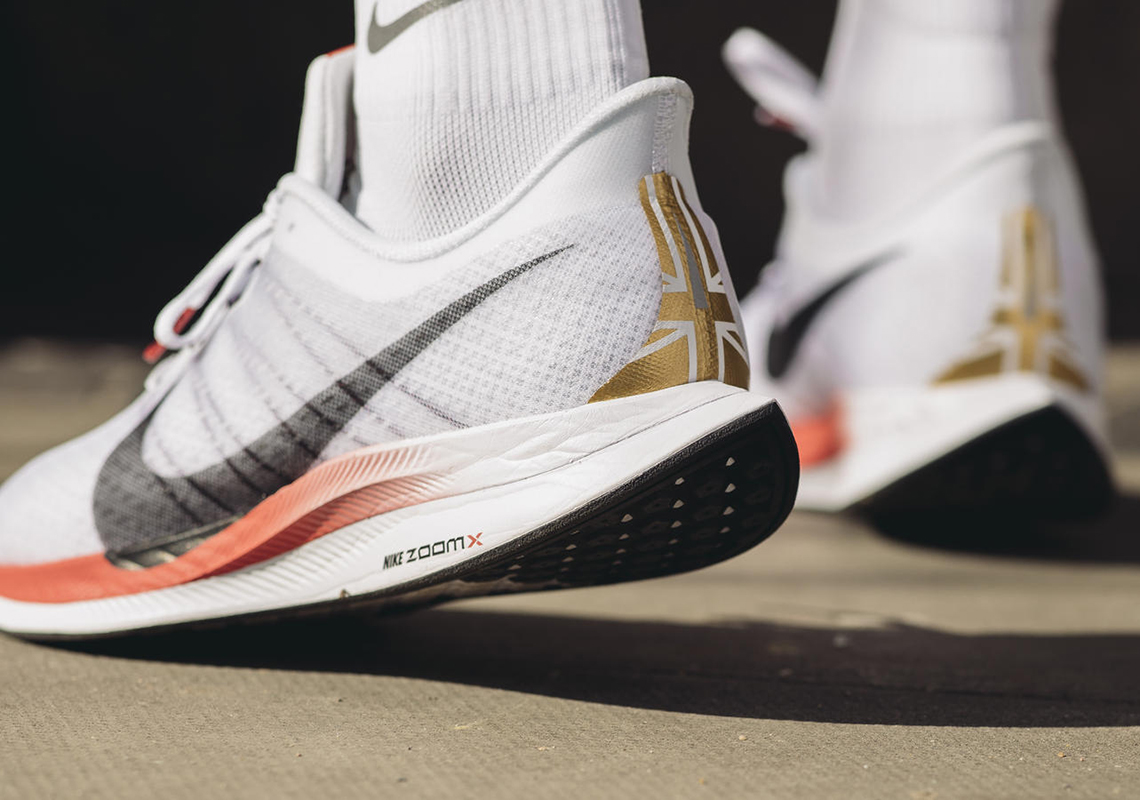 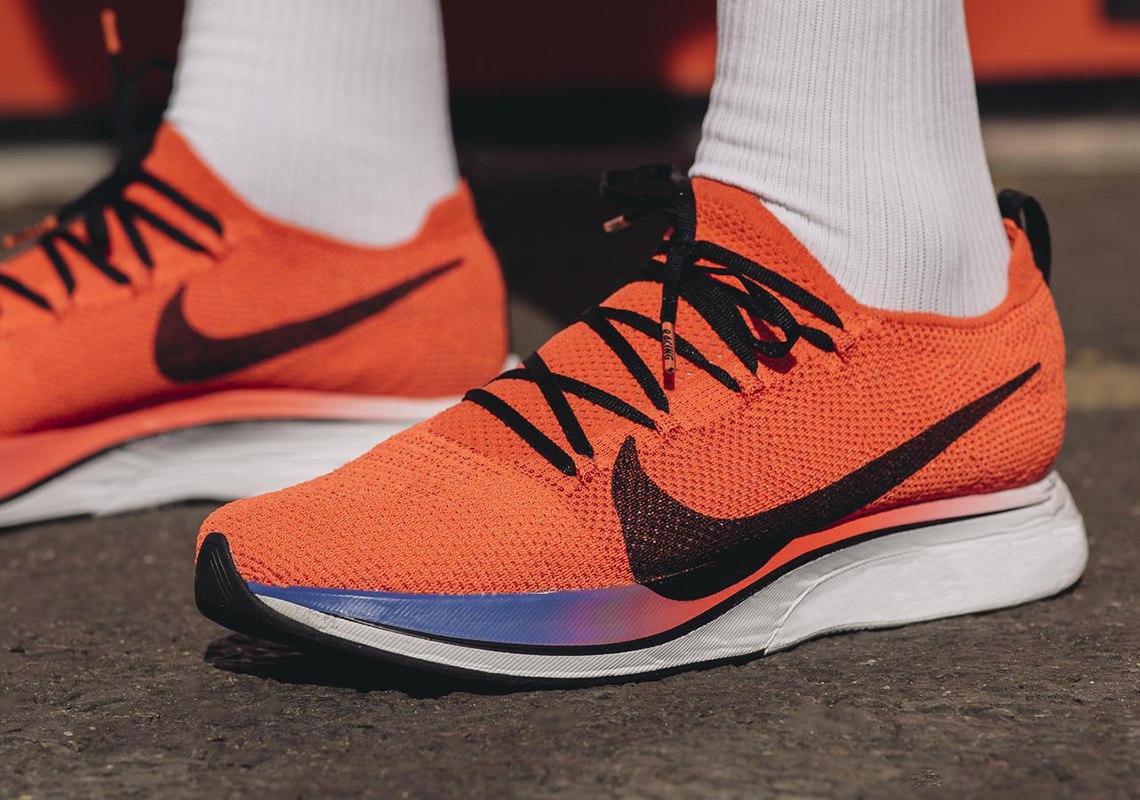