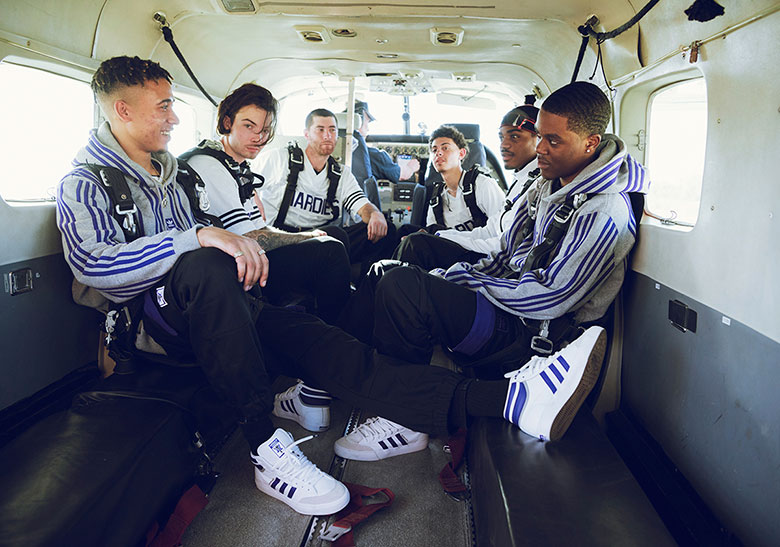 Team rider, Tyshawn Jones and his friends at their collaborative imprint Hardies Hardware, are joining up with adidas Skateboarding once again to bring some well-deserved limelight to the newest silhouette, the Sabalo, as well as the restructured basketball model, the Matchcourt High RX2. Mixing in their own sportswear-influenced aesthetics, the two offerings don a scheme contemporary yet varsity-akin in its execution. The low-top skate kit, in its fisheye lens inspired design, paints its mudguards and iconography hit in a deep purple hue with a flat white comprising the rest of the leather and mesh construction. Following suit, the tweaked high-top opts for the more vibrant tone on its classic Three Stripes branded profile and ankle support molds while a gold-encrusted “HARDIES” typography adds a small nod to the people behind its conception. Alongside footwear, a series of apparel in the form of padded pullover jackets, jerseys, and convertible cargo trousers will further push the label’s name in its street uniform guise. Grab a detailed look at the full capsule below and prepare for its worldwide release at adidas.com and select retailers on April 11th. 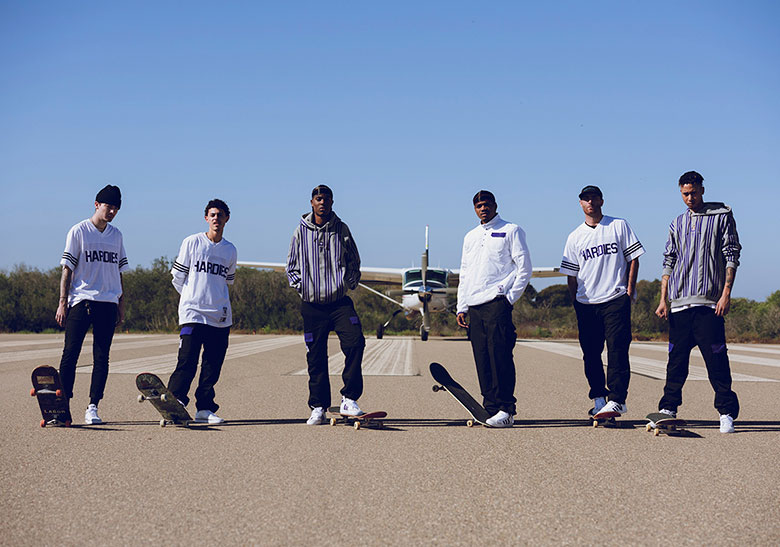 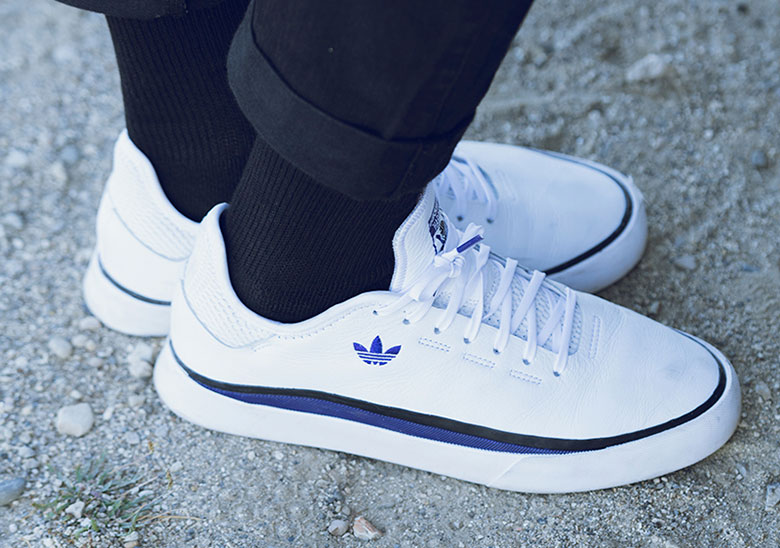 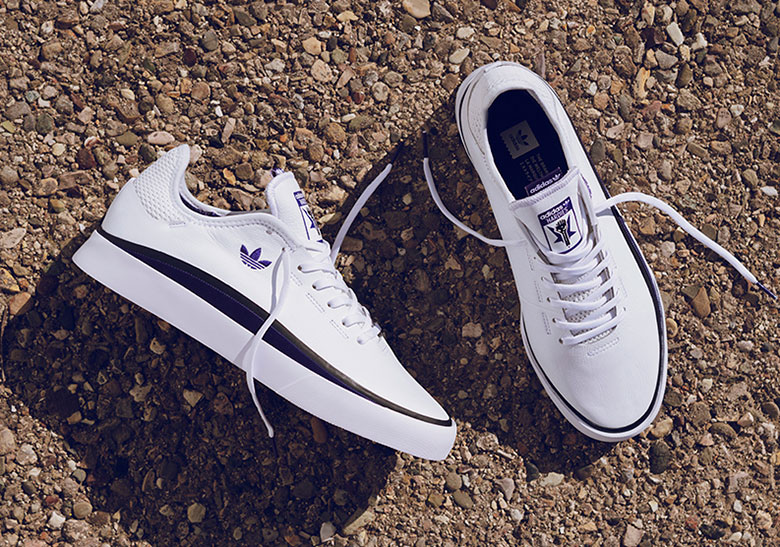 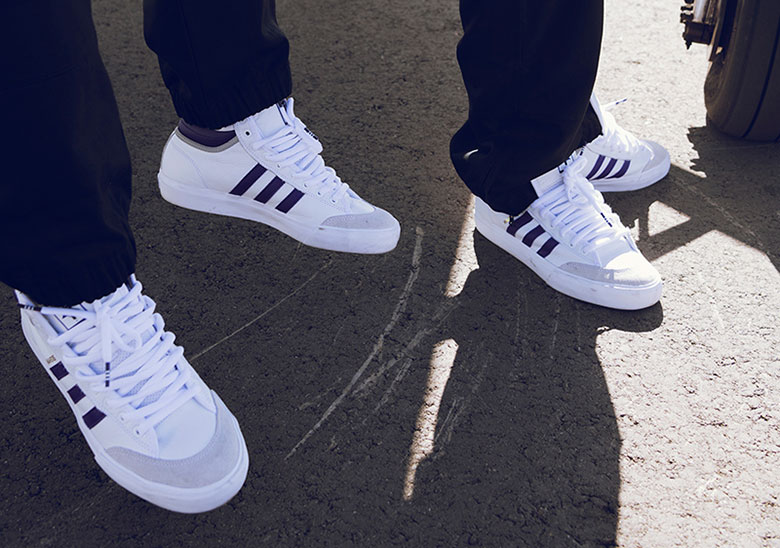 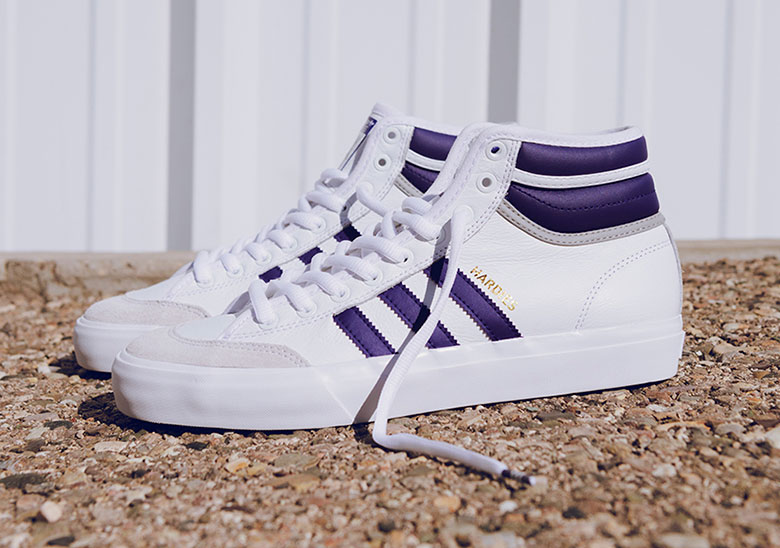