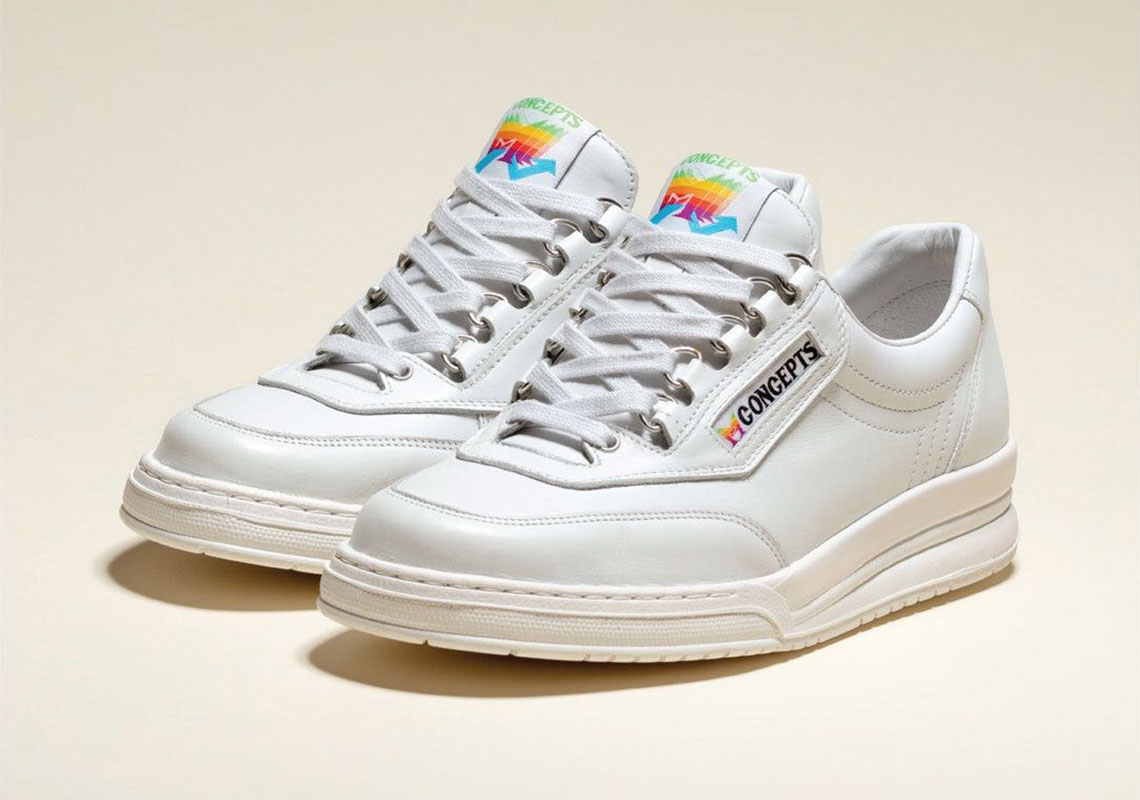 Concepts And Mephisto Revive The Spirit Of The Mythical Apple Shoe

Only a few sneakers in existence are worthy to be included within the ethereal tier of collectibles – the ones that no amount of money can really buy. One such artifact is the mythical Apple shoe – a white tennis/walking sneaker that was originally created as a promotional item when the company launched its first color desktop computer. They were doled out exclusively to employees and were never sold to the public, which explains why very few photographs of the shoe actually exist. In fact, the last time they surfaced was when they hit auction two summers ago.

Concepts and Mephisto are booting up the excitement once again with an homage to that blip in sneaker history. This limited edition collaboration – their second overall – is in no way associated with the tech giant, but there are some very obvious nods in the rainbow-colored emblems on the tongue as well as on the stripe logo on the upper. And while not an exact replica of the Apple shoe, the Parisian brand’s Match silhouette embodies the throwback bulky look with its thick white midsoles, while their recently revealed visuals replicate the decade-defining print ads from the 1990s. A limited release will go down this Friday, April 19th online and at their NYC store for $390. 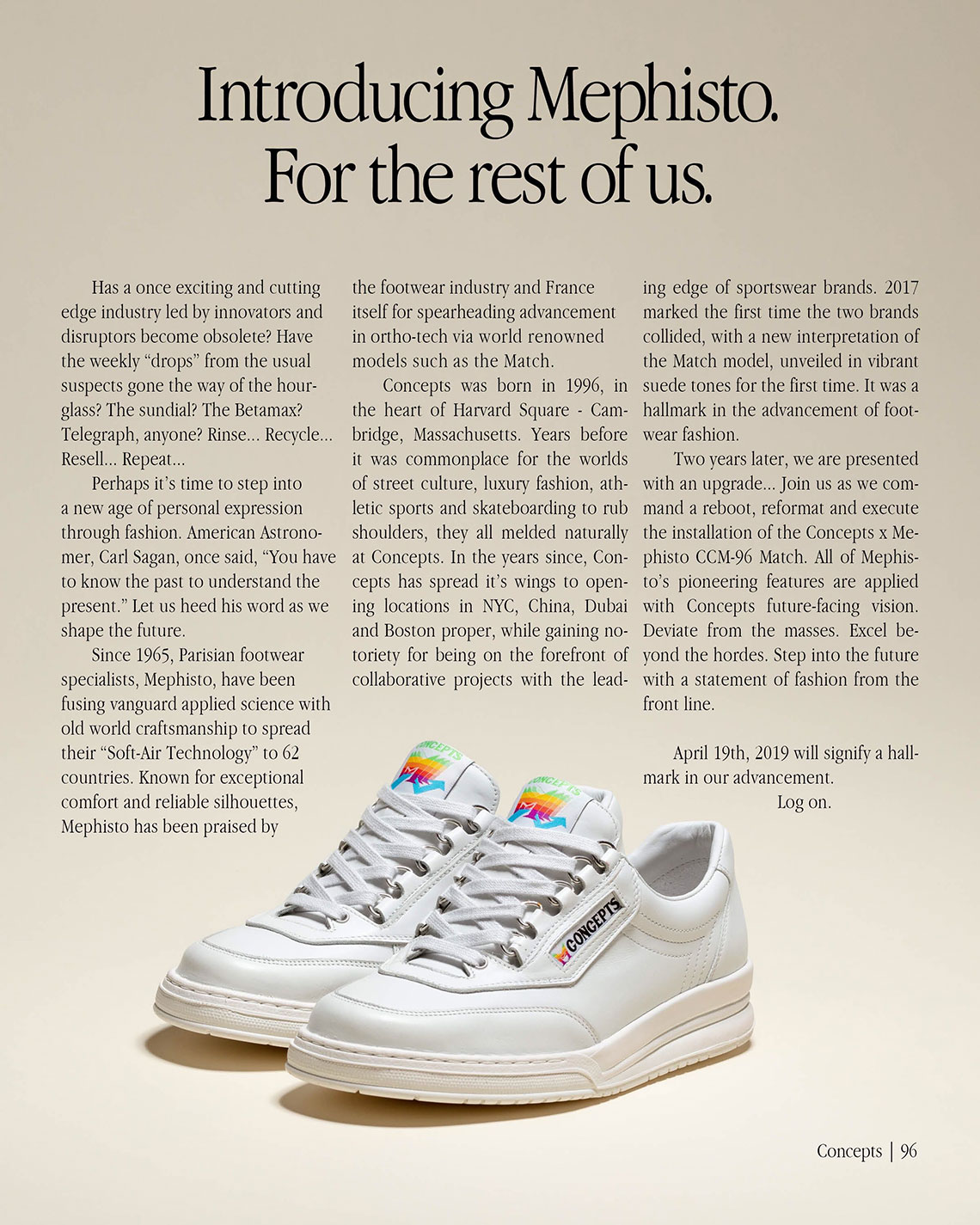