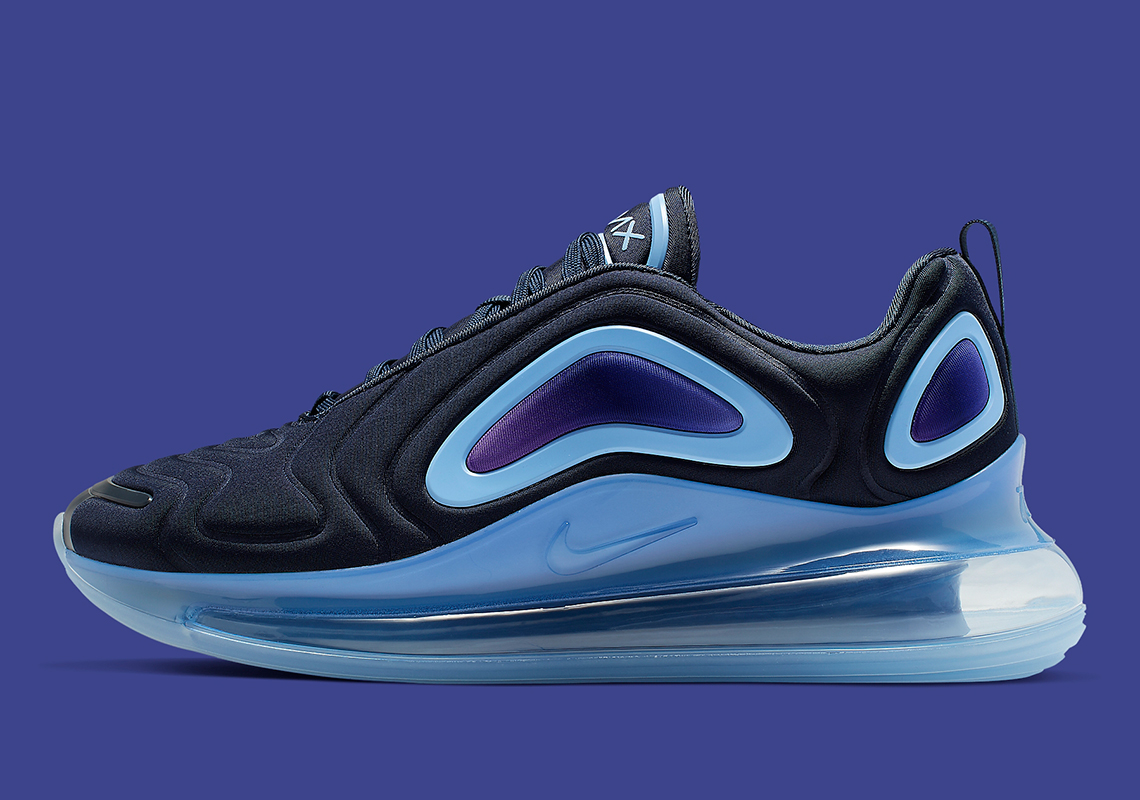 Continuing the steady stream of colorways that have been flowing to market since it first released at the top of February, Nike’s Air Max 720 is now slated to arrive in a compelling “Obsidian” makeup. Opting for a textured synthetic upper instead of athletic mesh, this 720 is dressed in a dark obsidian blue, while vivid accents appear courtesy of rich purple gradient fades on the midfoot and heel overlays. These overlays are then surrounded by powder blue plastic borders, adding a third color into the upper’s mix. Although it was used as a secondary color on the top half, the shoe’s bottom is composed entirely of the aforementioned light blue tone, as it appears on the plastic midsole and the bulbous Air Max cushioning unit as well. Providing a striking balance between airy and heavy shades that’s ideal for any season, these 720s are scheduled to release on Nike.com and at select Swoosh Brand stockists on May 17th for $180 USD. 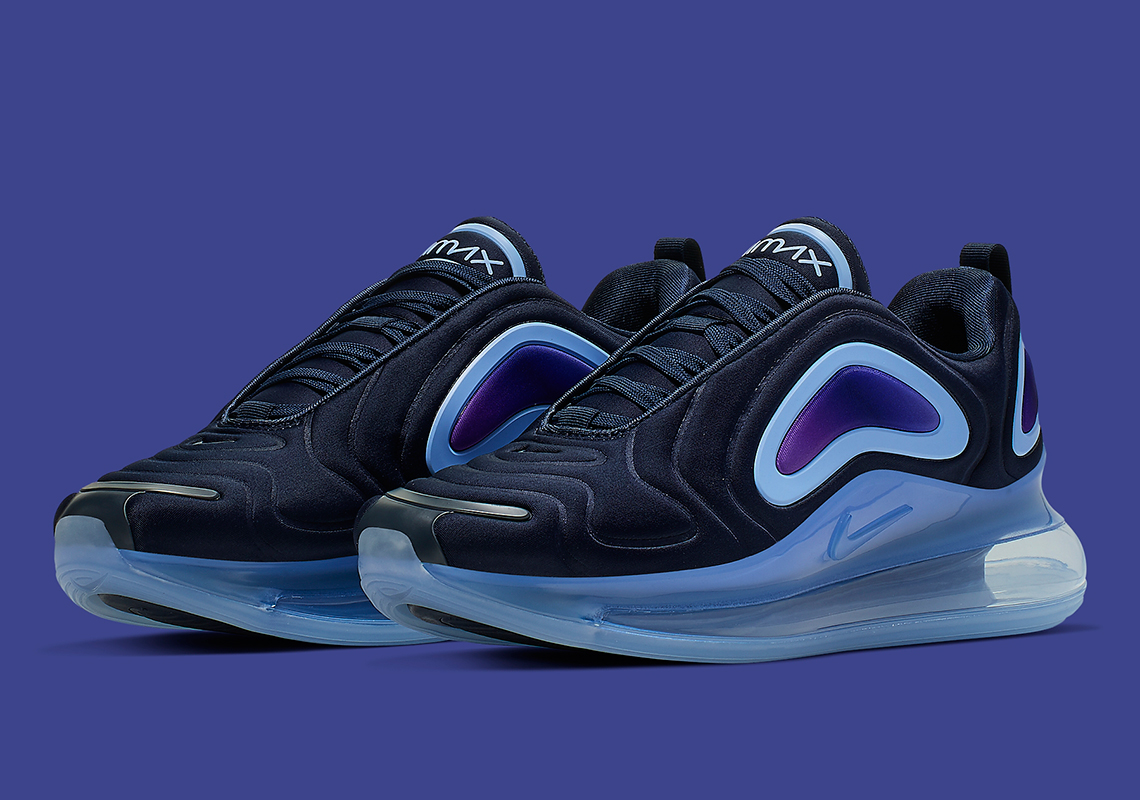 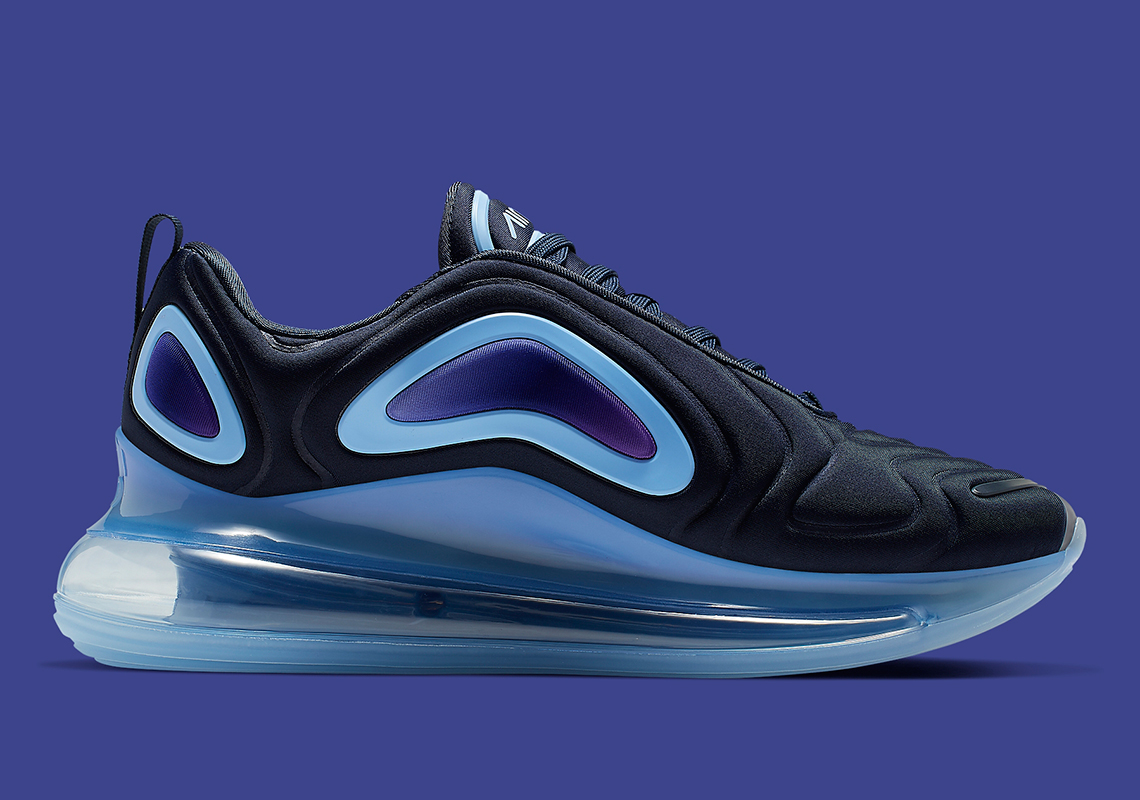 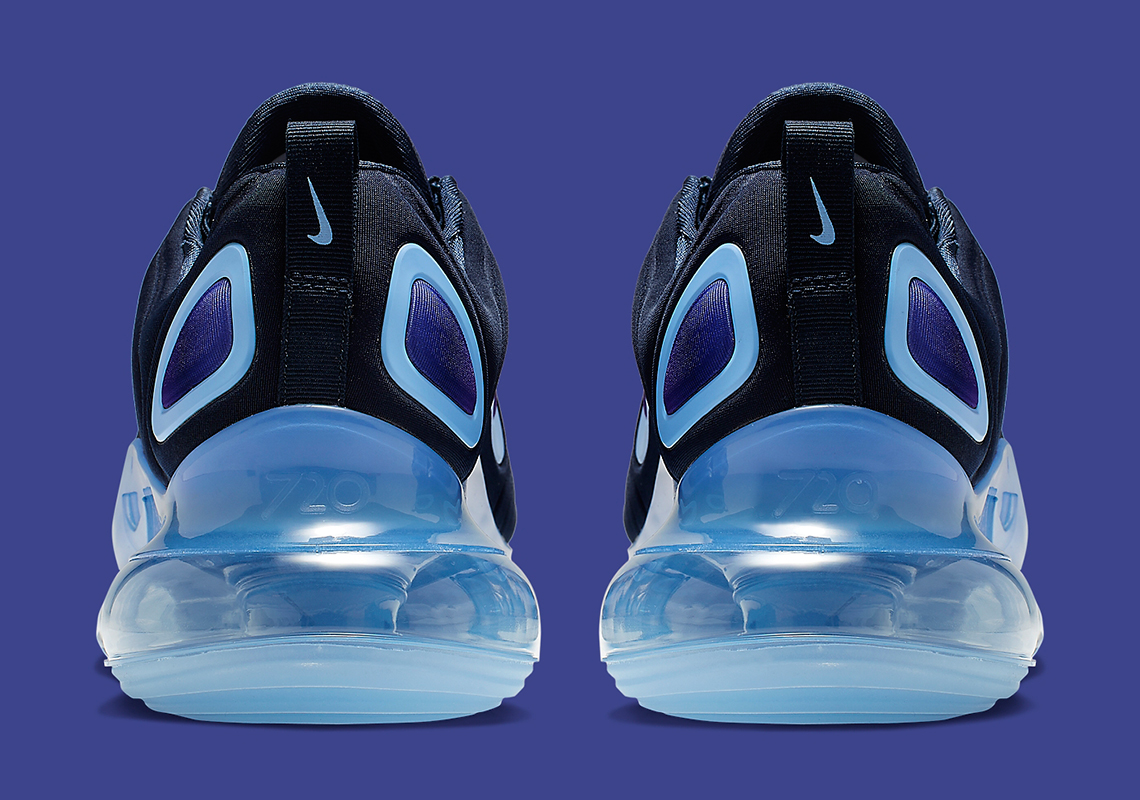