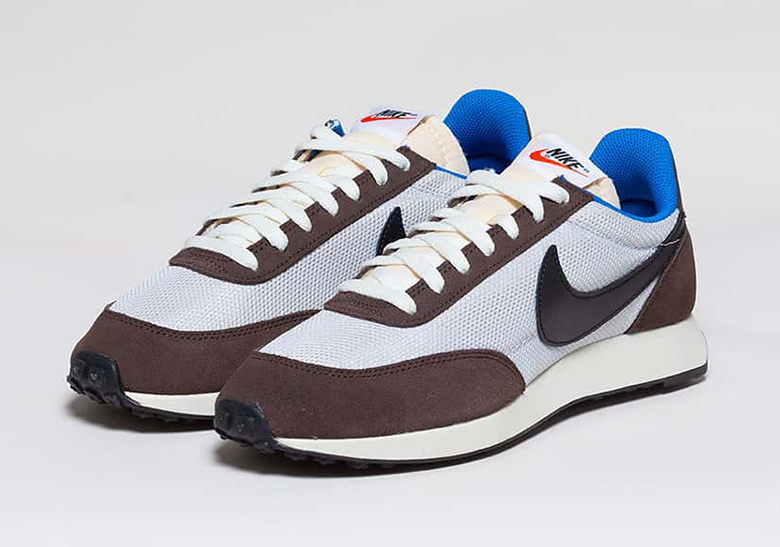 Nike’s running division has made unquestionably enormous strides over the past few decades, but even with all the new styles and technological advancements, there’s still a place for their classic designs to live a second life as beloved casual footwear. One of those former performance silhouettes that’s enjoying a later-life redux is the Air Tailwind 79, the Swoosh Brand’s first-ever running shoe to feature Air cushioning, and it’s now surfaced in a “Baroque Brown” colorway. Mixing aesthetics both elegant and sporty, this Tailwind features a grey mesh upper with a large black swoosh. Brown suede appears on the overlays, and the design harkens back to the shoe’s competitive heritage with a bright pop of royal blue around the ankle collar. A sail midsole, black outsole, and forest green Nike stamp on the heel then complete the look. If you wanna kick it old school this summer, these Tailwinds are available at EU retailers like Uebervart now, and will likely arrive on Nike.com and at stateside retailers soon for $90 USD. 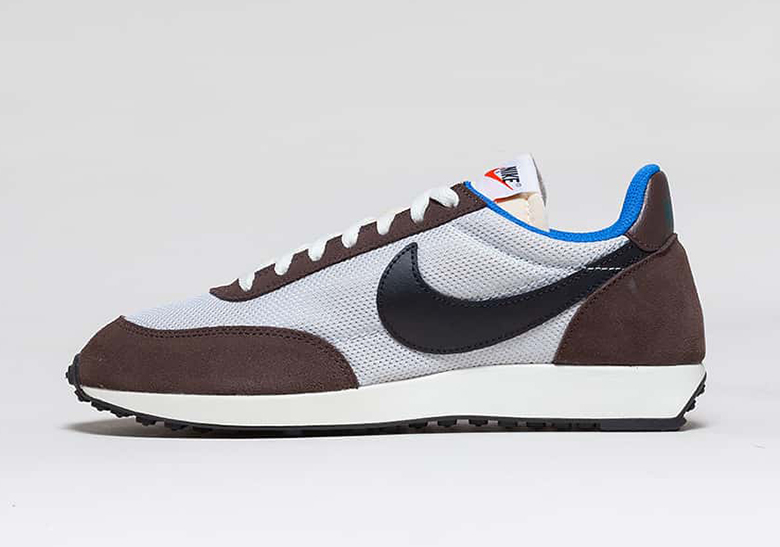 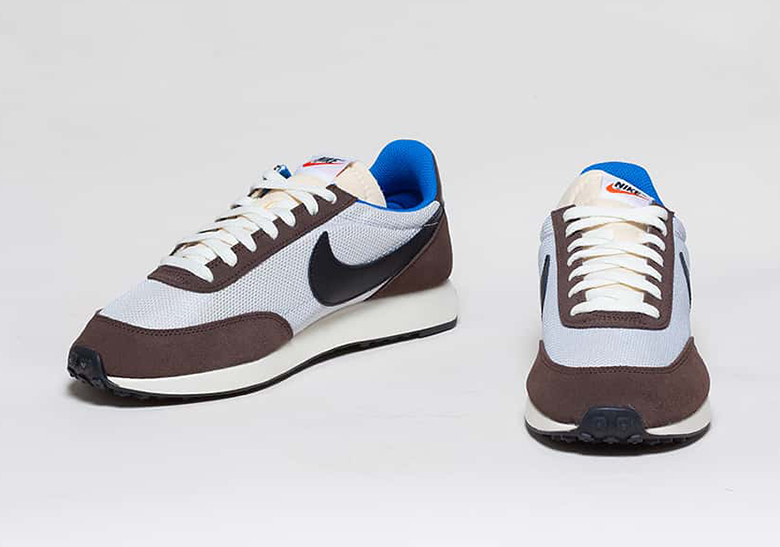 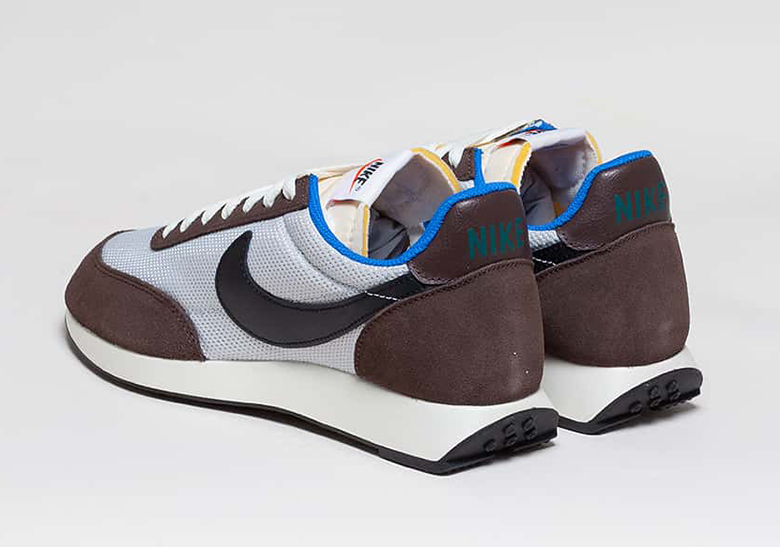 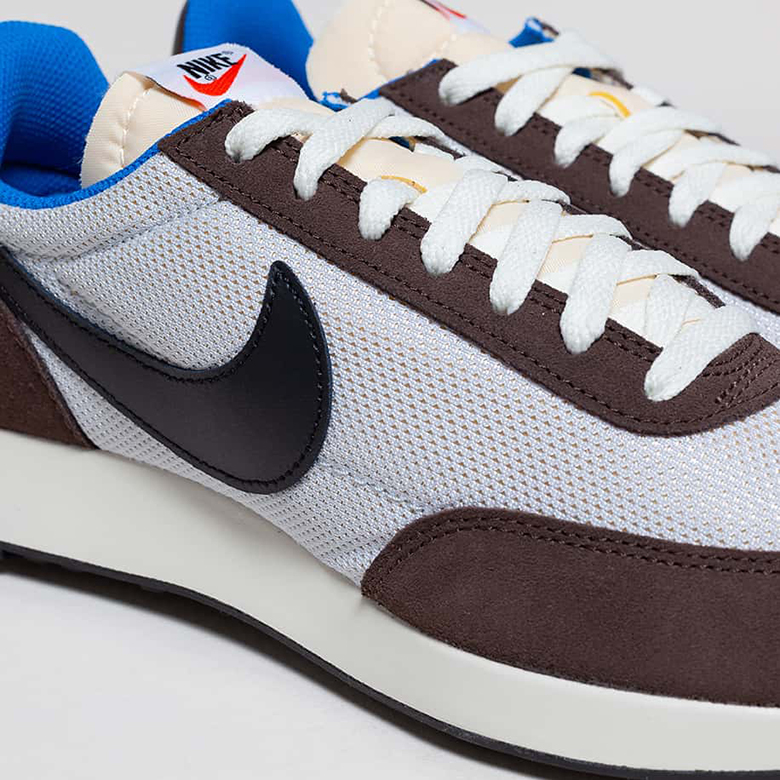