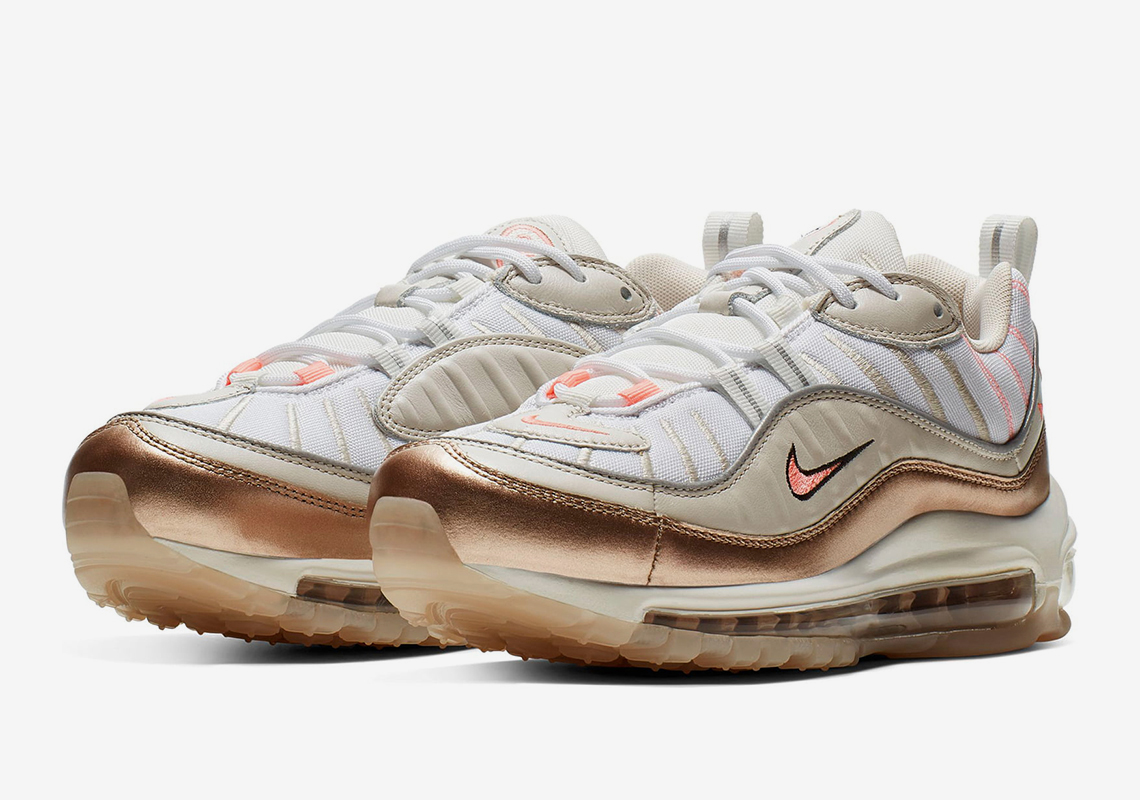 Although the Sergio Lozano-designed Nike Air Max 98 was originally created strictly with athletic pursuits in mind, its highly detailed look has enabled it to take on a second life as a casual fashion favorite. The 98 has become a standout piece of lifestyle footwear for the Swoosh Brand over the past few years, and now it’s released in a women’s-only combo of tones both earthy and airy. The white mesh base is almost immediately overwhelmed by the powerful accents, the most noticeable of which is the bold metallic bronze mudguard. However, simple natural tones are also present to contrast with the sultry bronze, as a light tan graces the midfoot overlay and is also present on the upper’s embroidered stripes. Pink branded accents and details then offer just enough bright flair, and the look is completed by a sail midsole, bronze Air Max cushioning unit, and a translucent pinkish-brown outsole. If these 98s strike your fancy, they’re available now at Nordstrom for $170 USD. 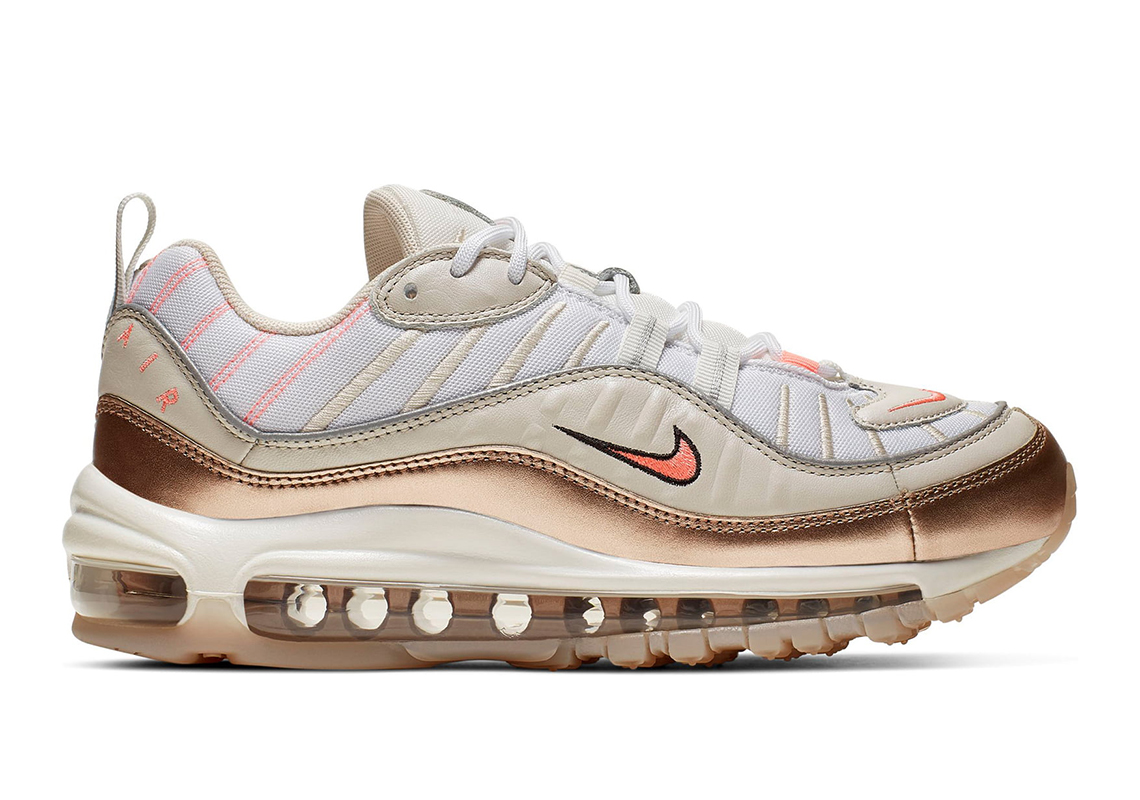 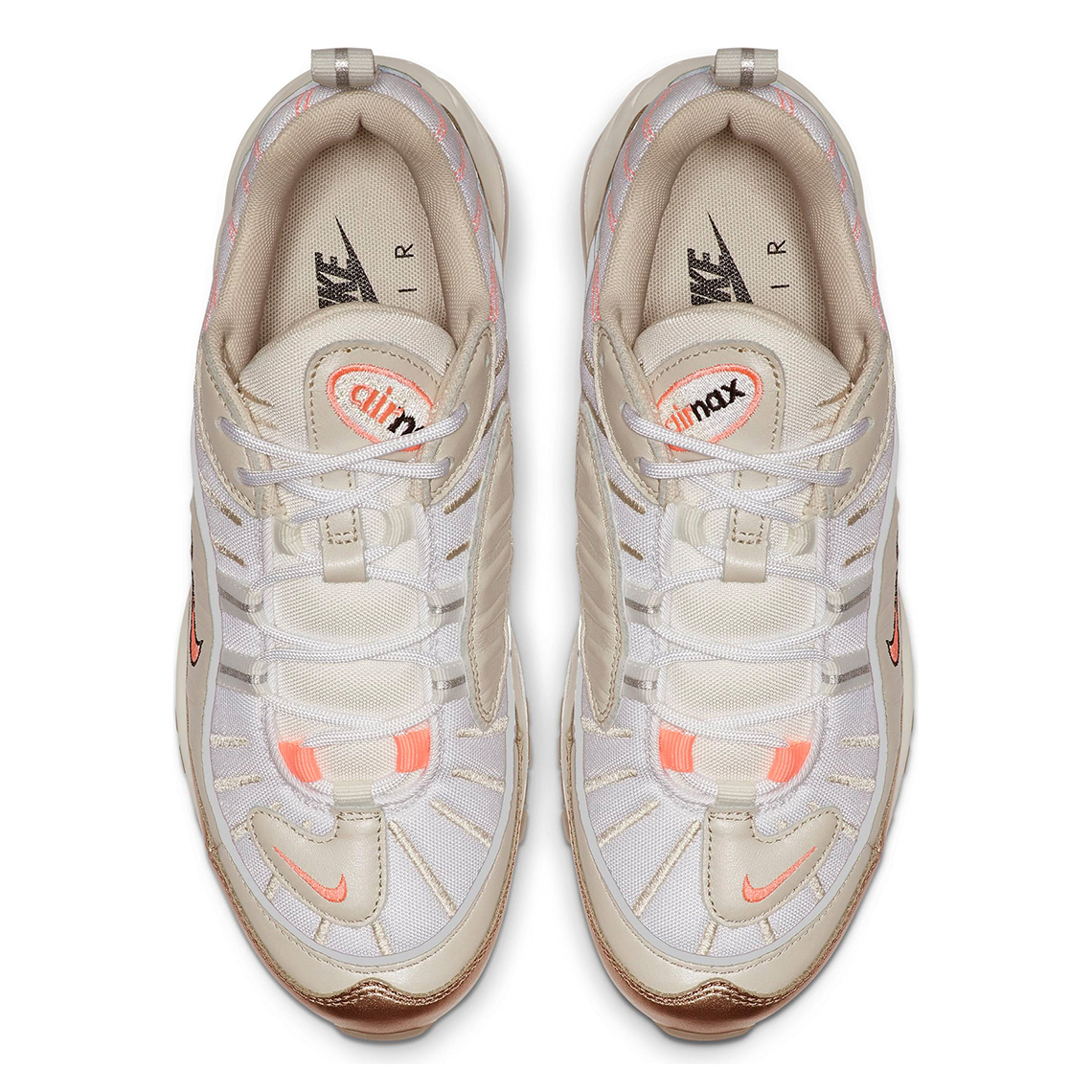 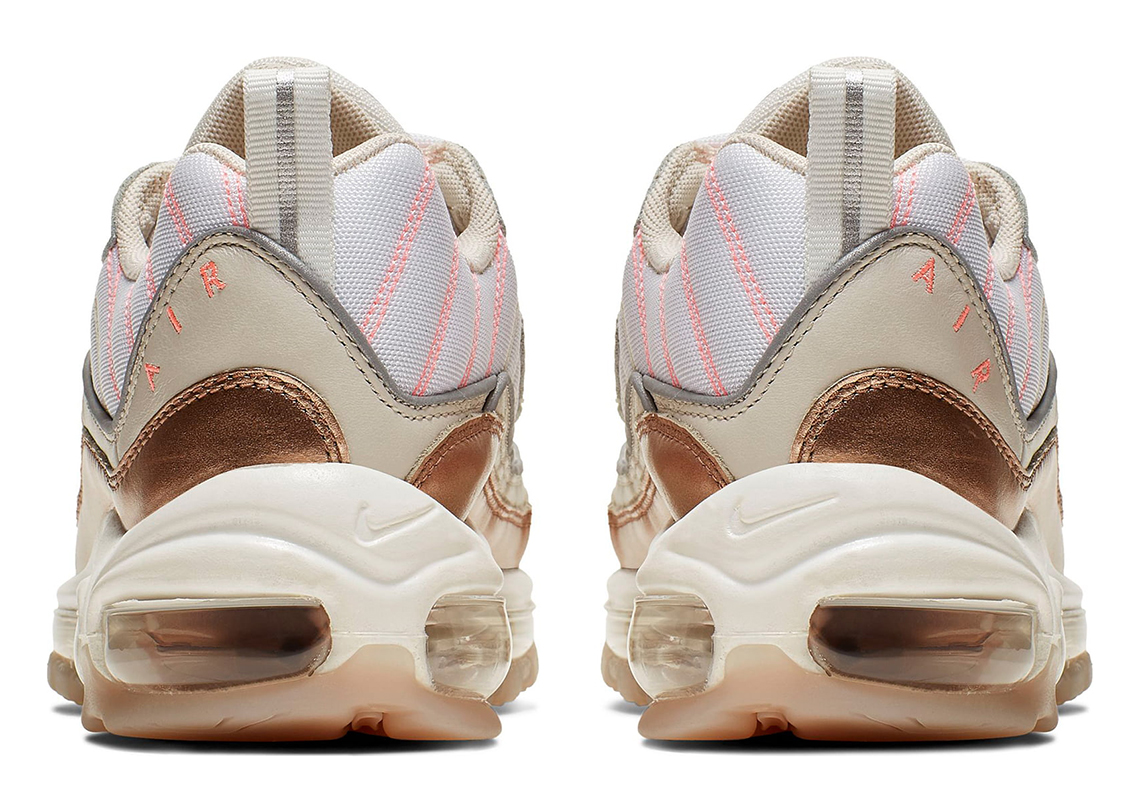 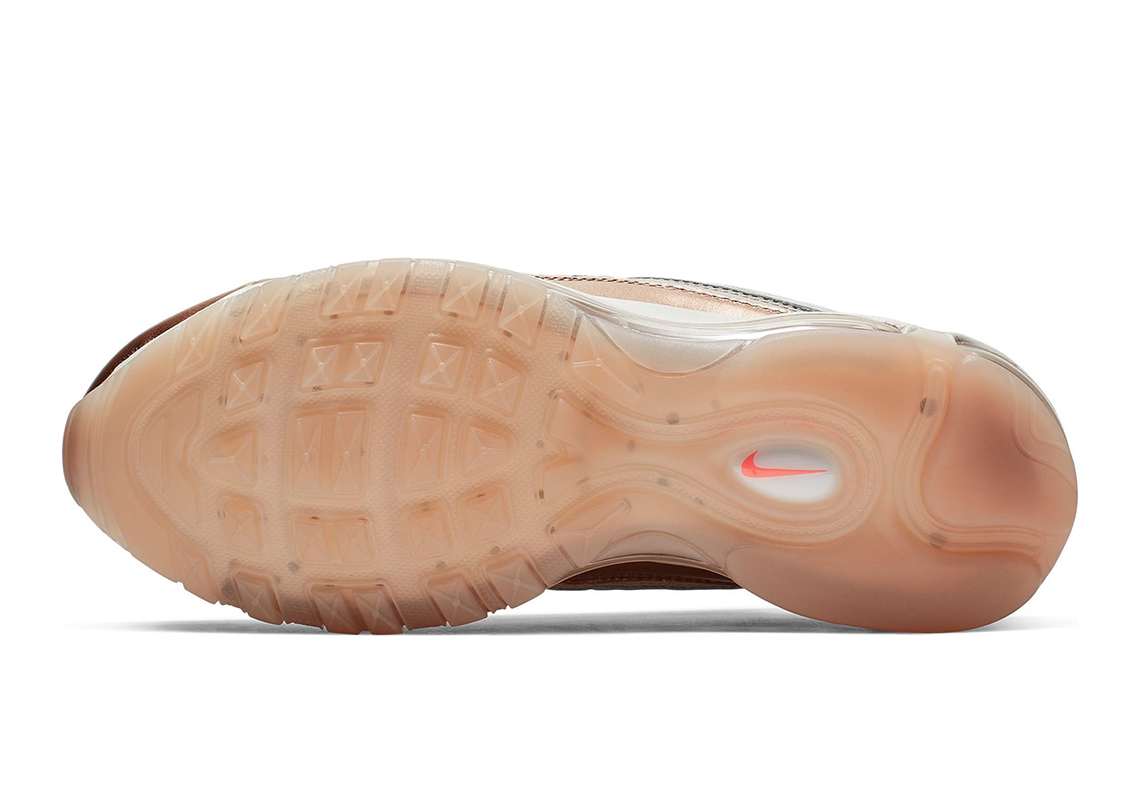