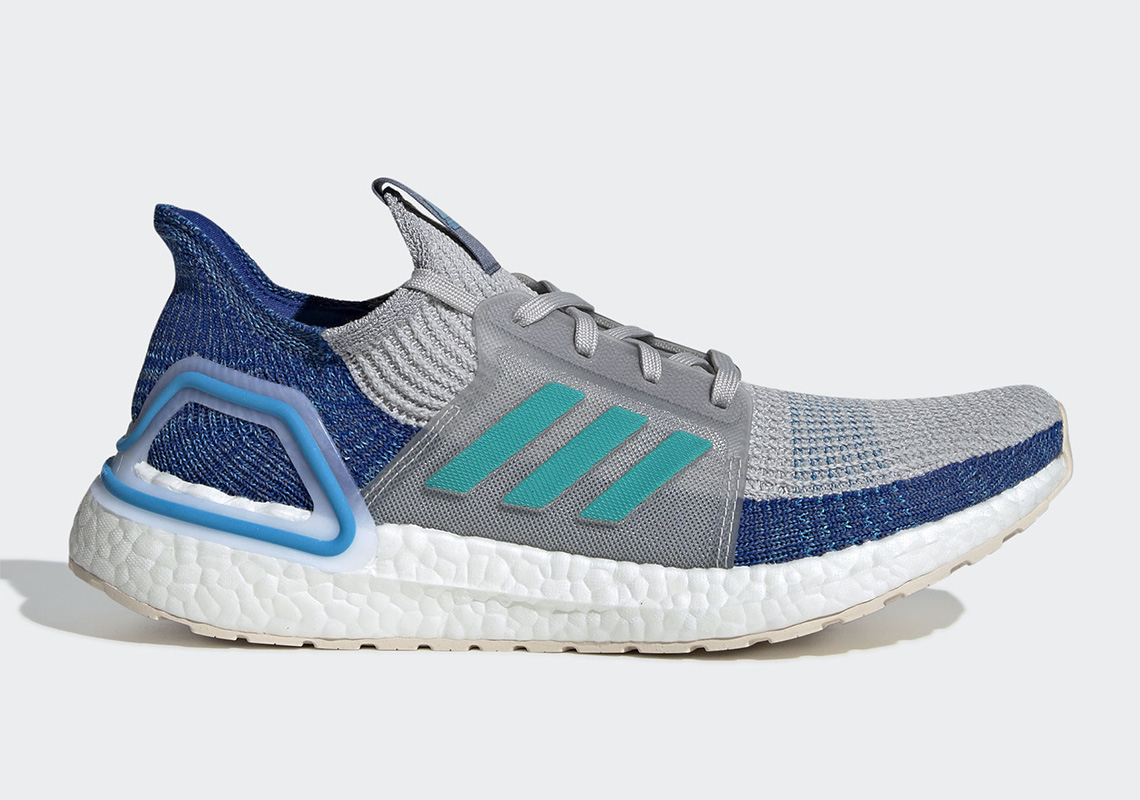 While its appeal to the lifestyle crowd has waned a bit since its heyday a few years back, the Ultra Boost still manages to be among the market’s best when it comes to pounding the pavement for some real miles. Earlier in 2019, adidas launched a true sequel of sorts in the Ultra Boost 19 by introducing a completely new package while keeping some of the familiar DNA consistent – most notably the exterior cage and heel counter. After some impressive launches thus far, the German brand arrives at a new Grey Two/Shock Cyan combo – a sporty blend made even more striking with the teal hits on the stripes. This new colorway is available overseas right now and will adidas.com regionally soon. 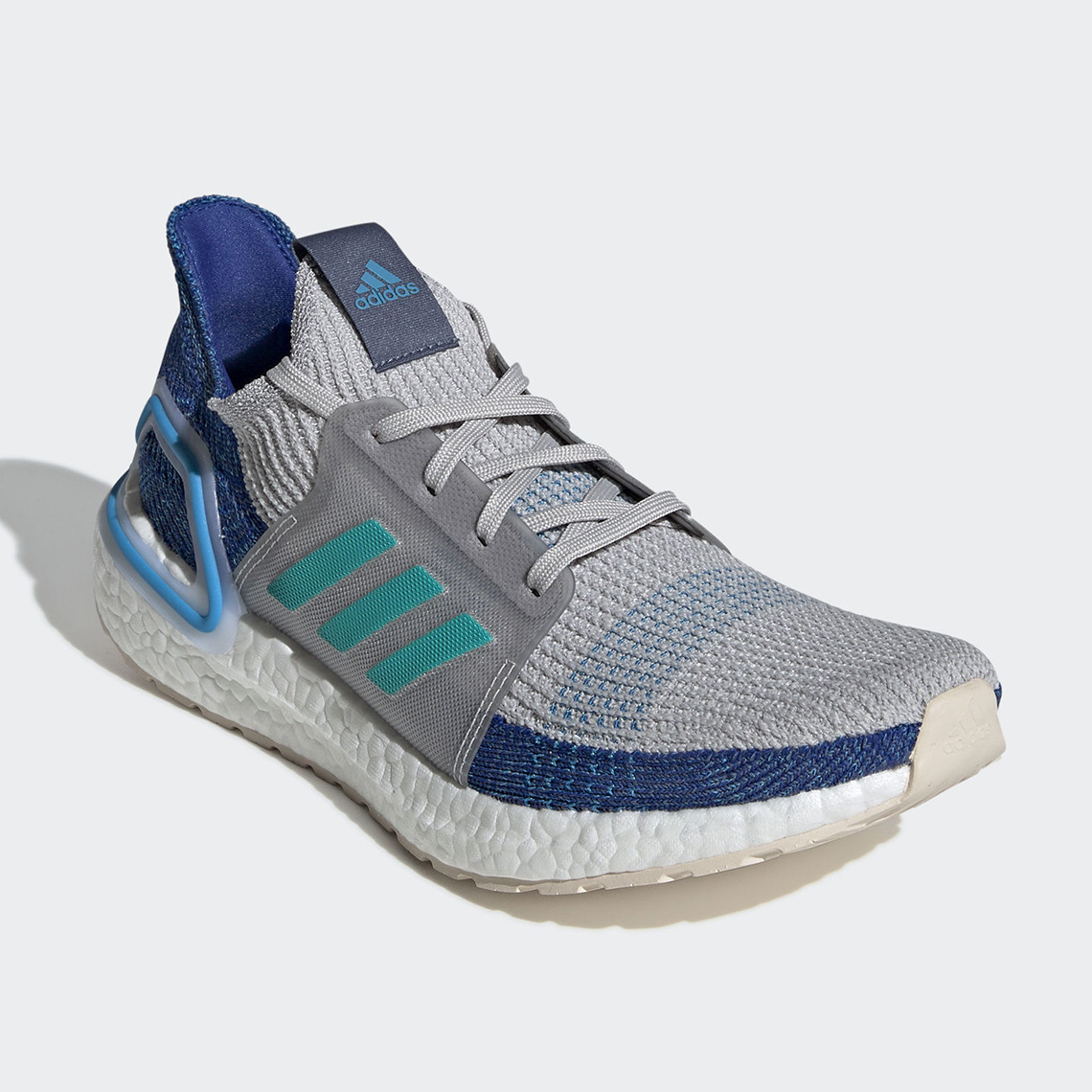 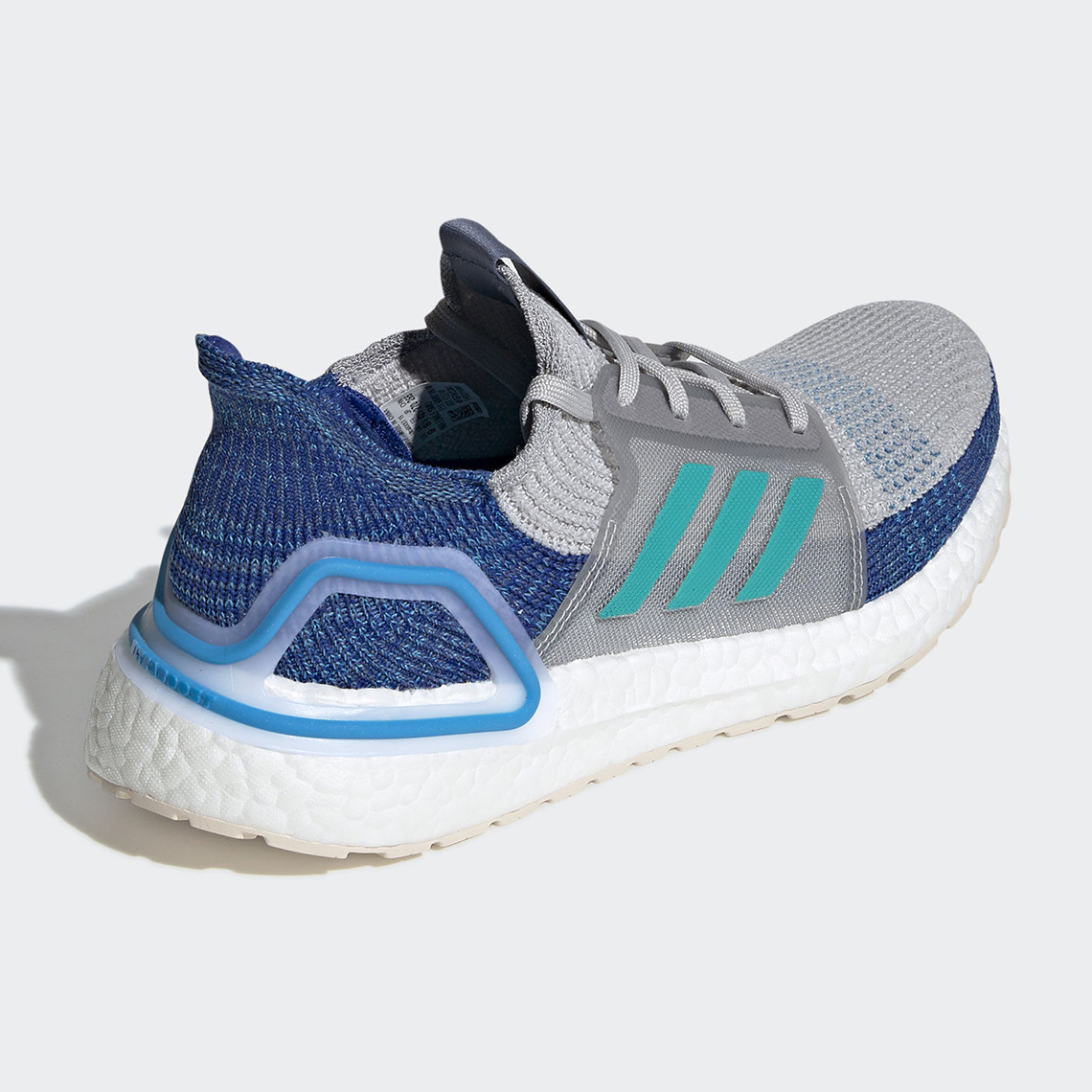 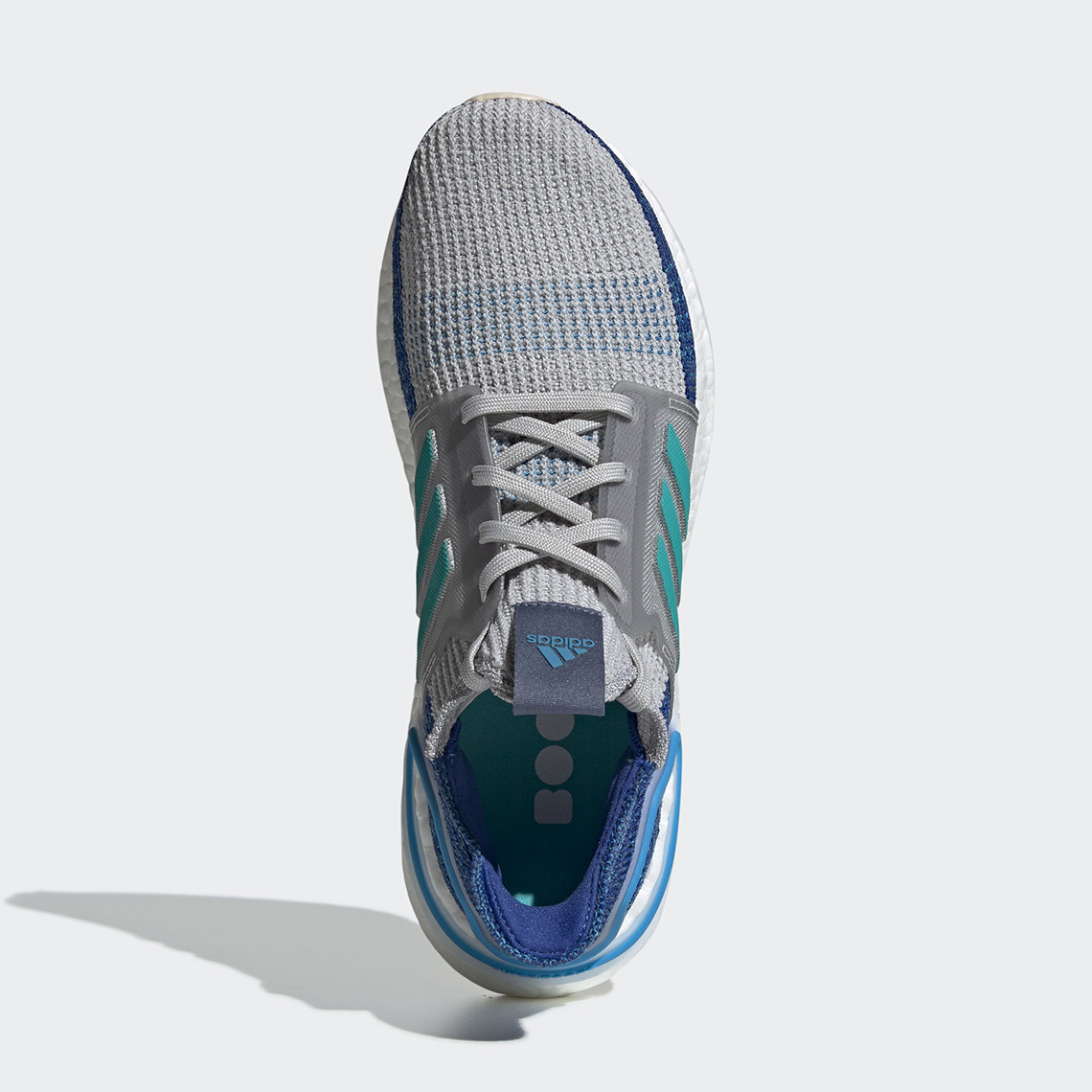 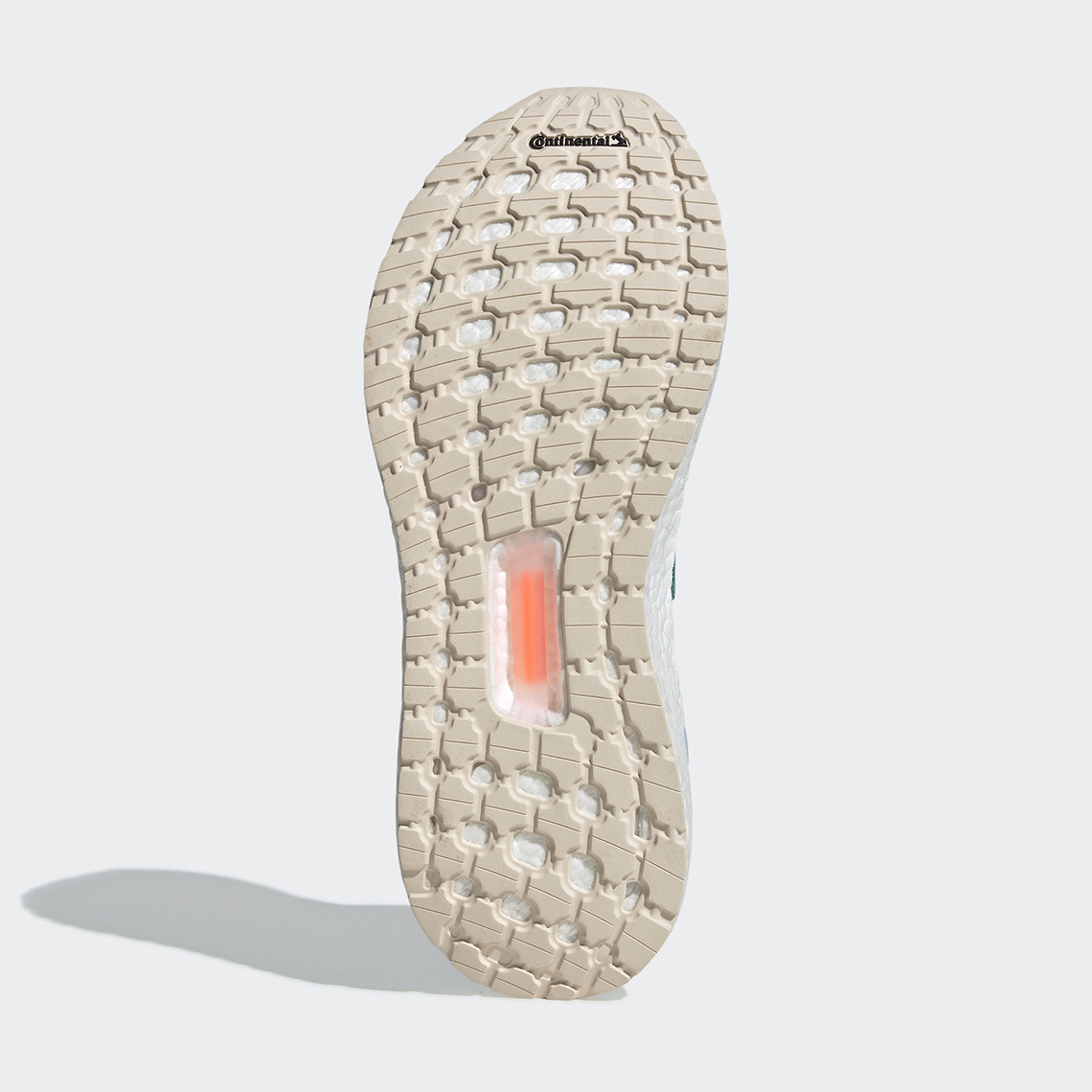