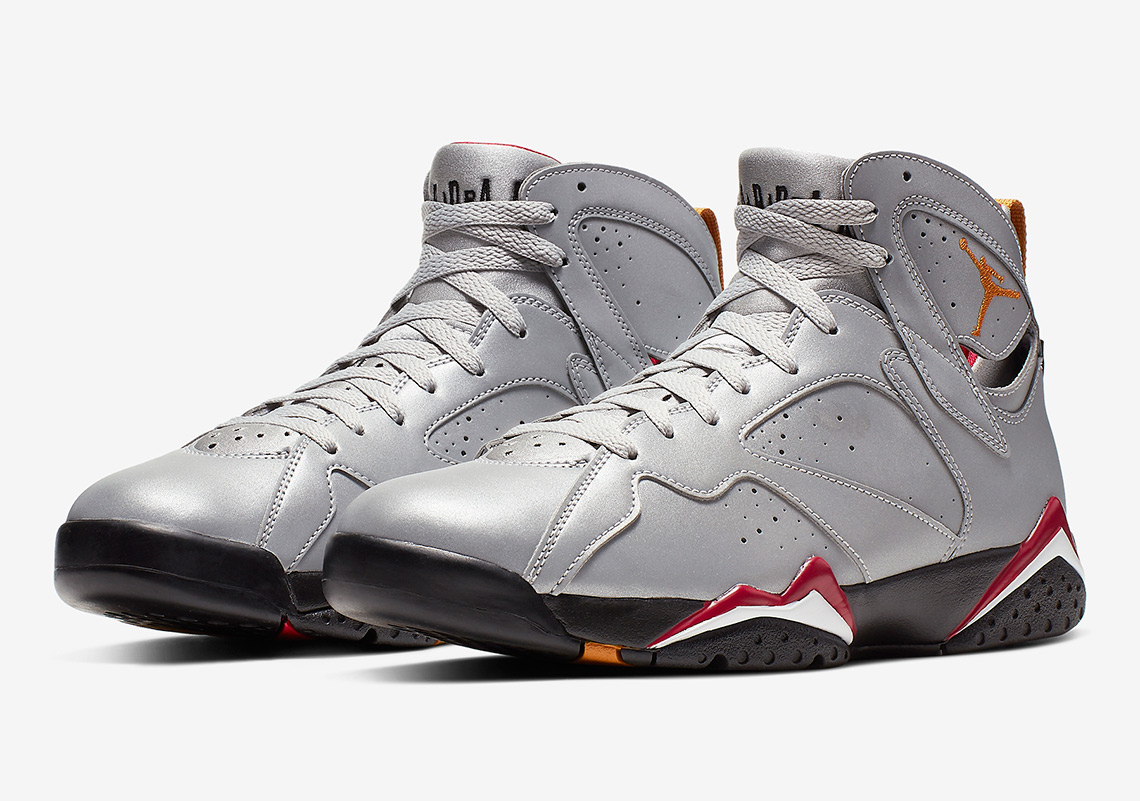 Official Images Of The Air Jordan 7 “Reflections Of A Champion”

NBA fans might be, for lack of a better word, sick of seeing the Golden State Warriors on the big stage. In the 1990s, a similar sentiment was probably held among those who were not Chicago Bulls fans, but there’s no denying that Michael and the squad won their ‘chips with a little more style. This June 8th, Jordan Brand is honoring the first half of the dynasty with a “Reflections Of A Champion” Pack that recognizes the three silhouettes from the first three-peat. The Air Jordan 7, MJ’s wheels for the 1991-1992 Finals against the Blazers, returns in a fully high-vis reflective upper with the same color notes as the OG “Cardinal”, complete with the yellow accents on the Jumpman logo, heel-tab, and outsole. This begs the question – will we see a fully remastered iteration of the originals sometime in 2020? Check out the detailed official images ahead and stay tuned for the entire “Reflections” set to hit on June 8th. 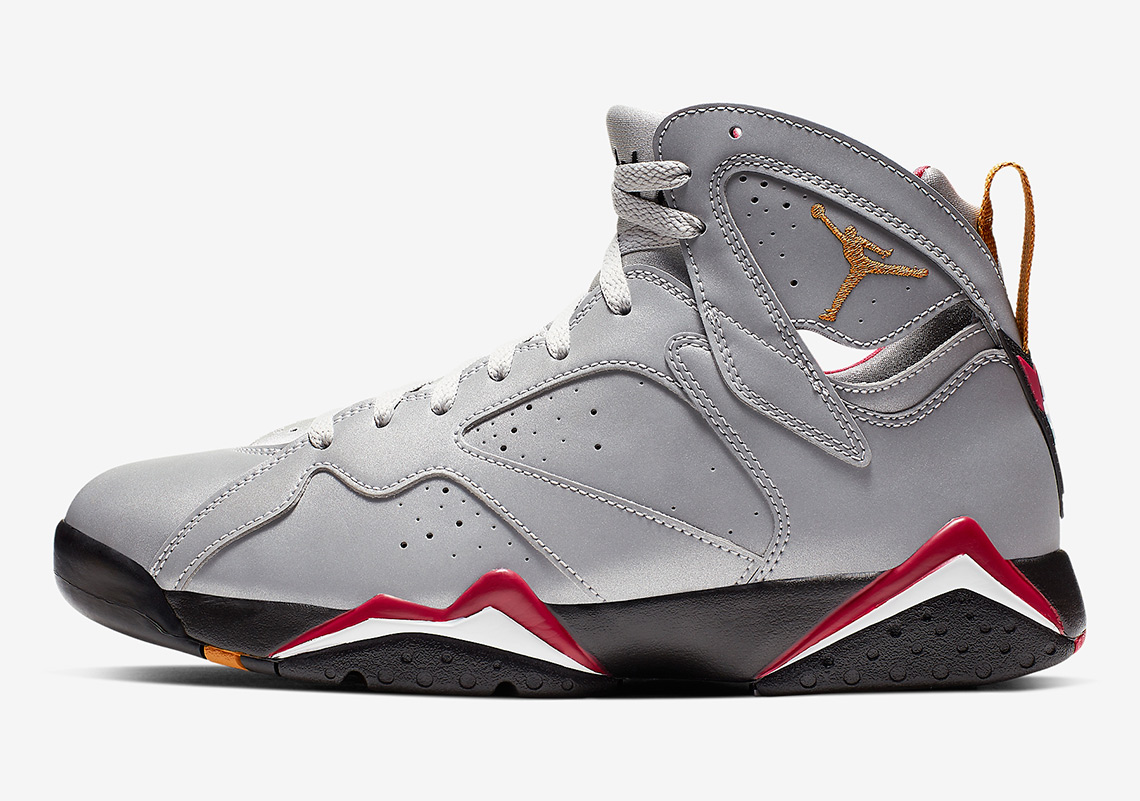 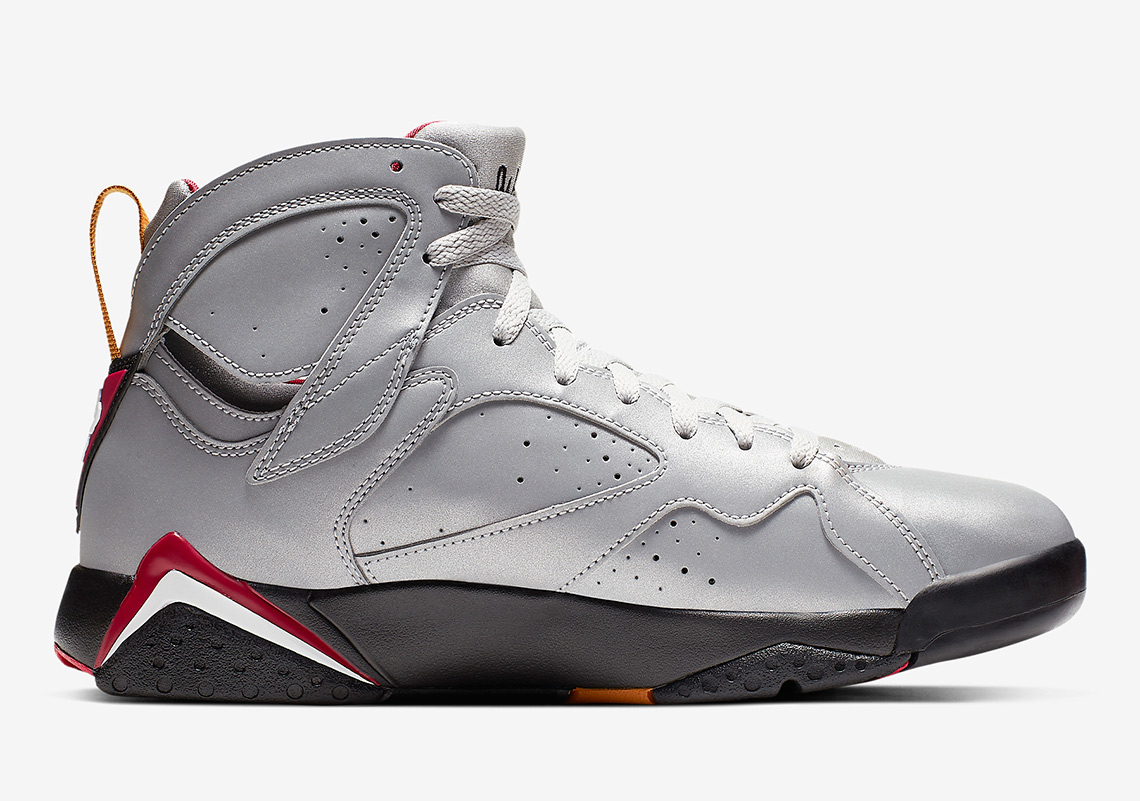 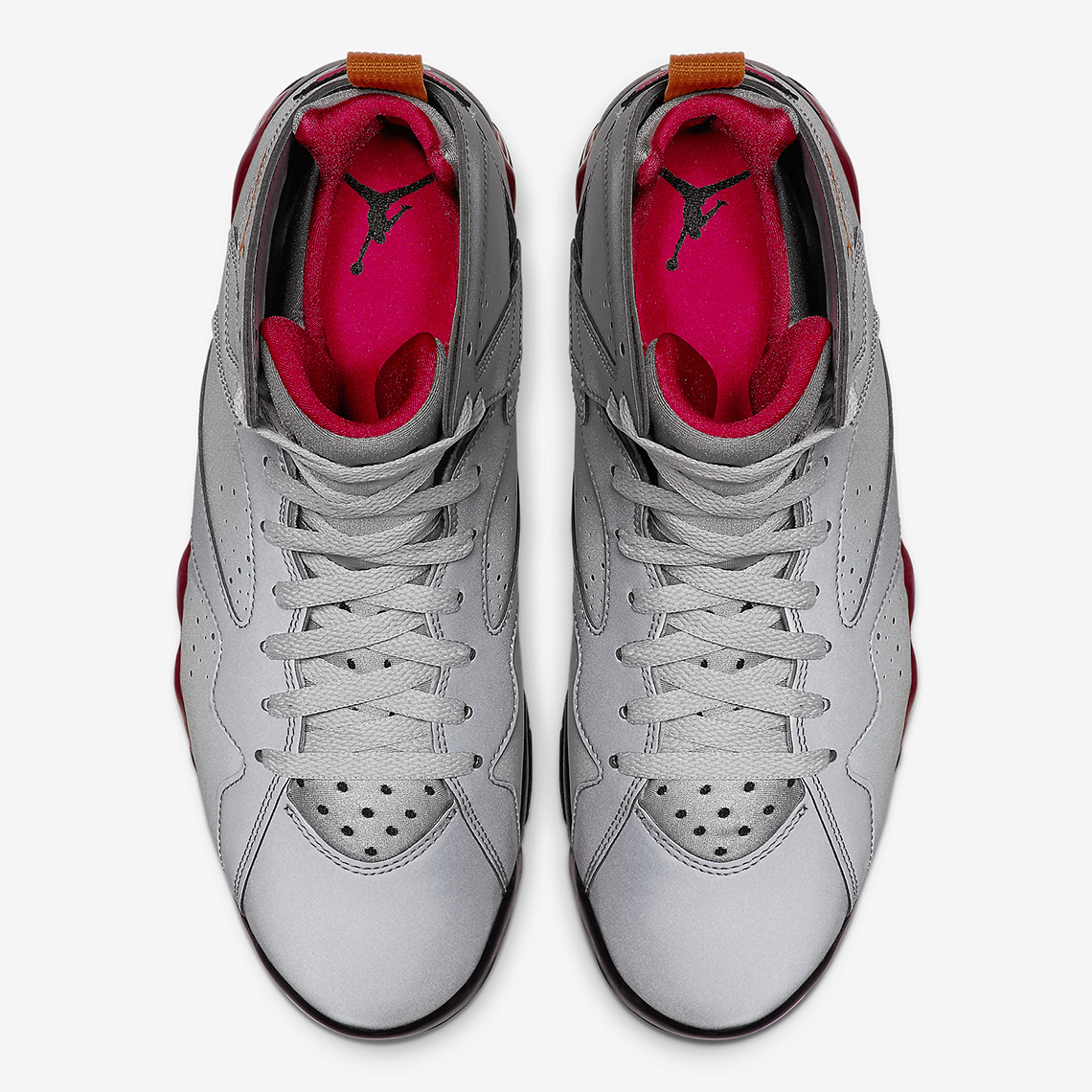 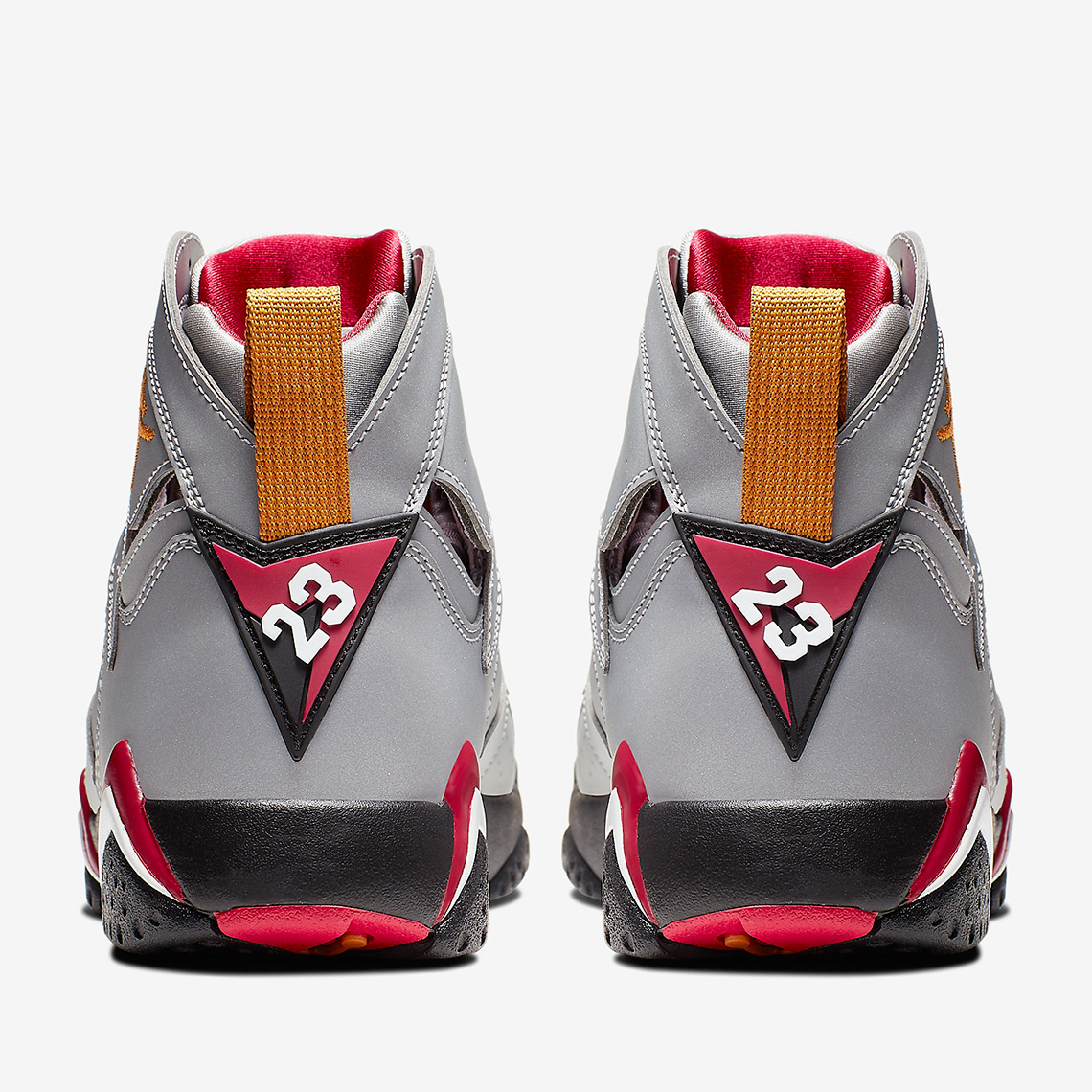 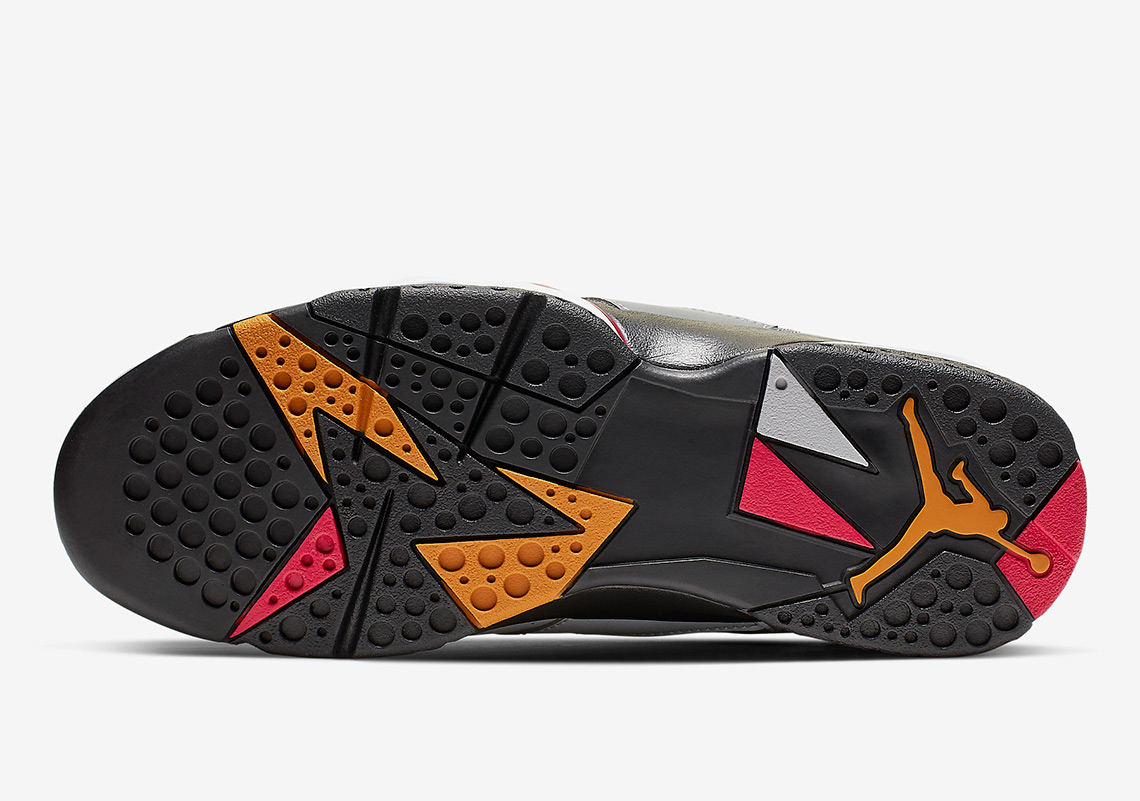