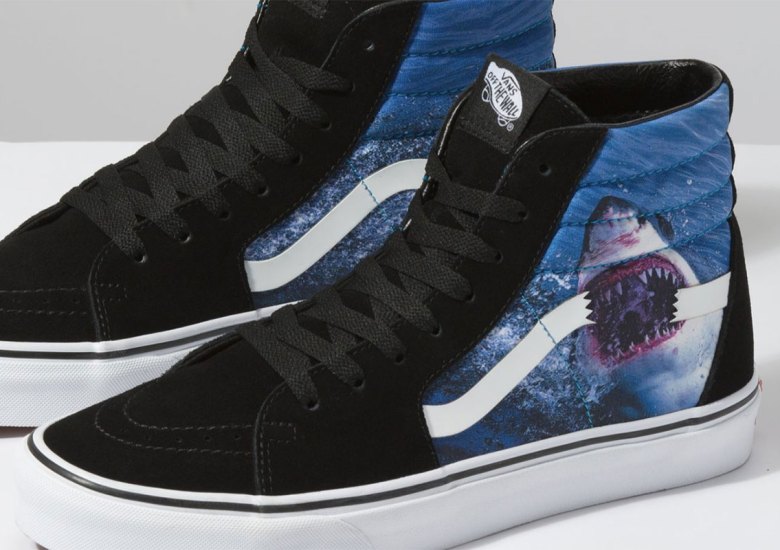 As momentous an occasion as any, Discovery Channel’s legendary “Shark Week” is set to immortalize atop some of Vans’ most notable of icons; taking on themes heavily reminiscent of series’ hall marks or general toon-like variations, the two imprint’s have geared up a pack of four distinctly unique creations. Adults will have their pick at either the Slip-On or Sk8-Hi with the latter bearing simplistic black color blocking at its overlays and toe with the profiles emblazoned with the image of a great white biting off segments of the Jazz Stripe. The Slip-On, however, is more of an artistic reinterpretation with Murakami-esque graphics scattered across its entire canvas constructions with comical portrayals of the titular species against a backdrop of chaotic geometry. Kids’ pairs are equally playful though, for the most part, subdued with the shrunken Sk8-Hi bearing zips at its heel and baby blue palettes across in connection to the great blue sea; checkerboards scattered across the base with patches stitched with ocean life activist iconography. A mid-top variation — which swaps laces for velcro straps — is an all-over graphic of the underwater landscape showcasing a just a small number of the majestic predators, though it in no way holds a candle to the miniature Slip-On whose likeness mimics fin, tail, and all.

Grab a look at the whole footwear collection right here and expect them alongside the accompanying apparel at Vans.com right now. 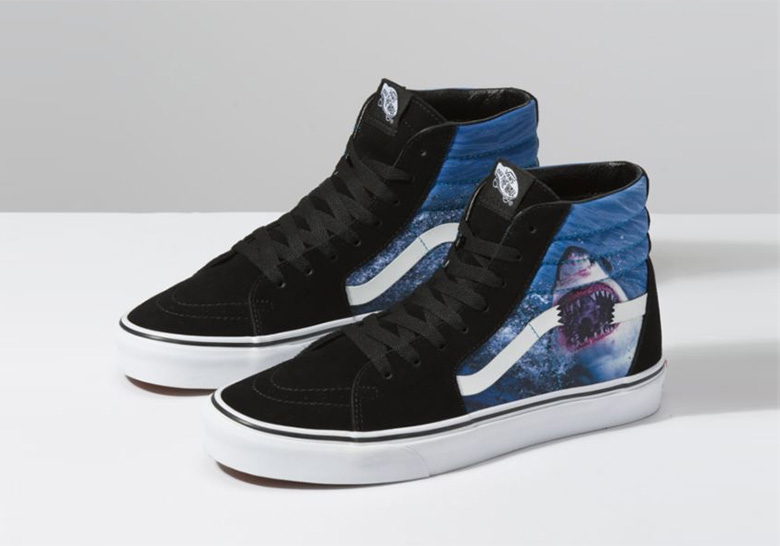 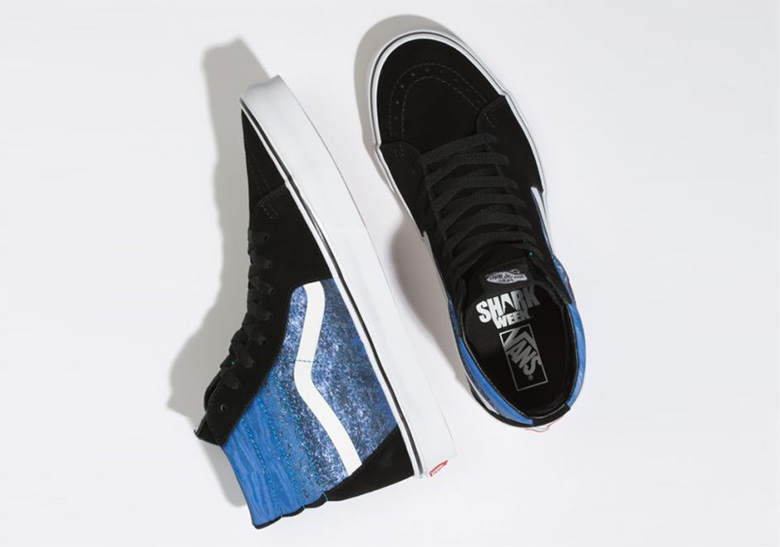 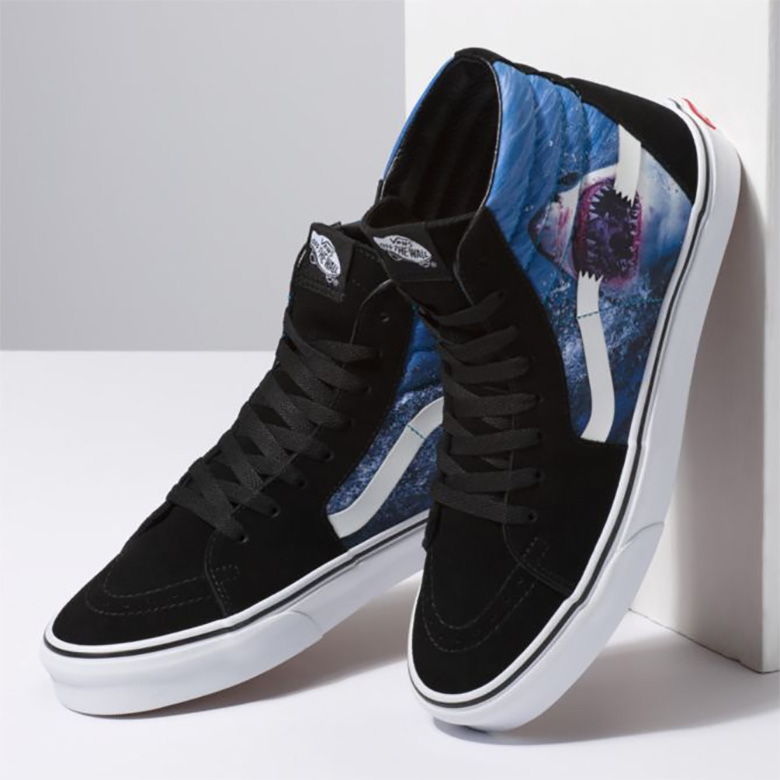 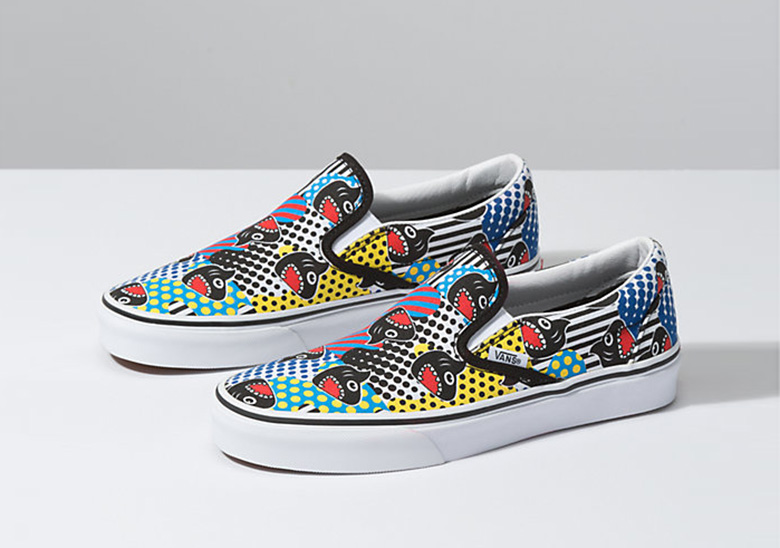 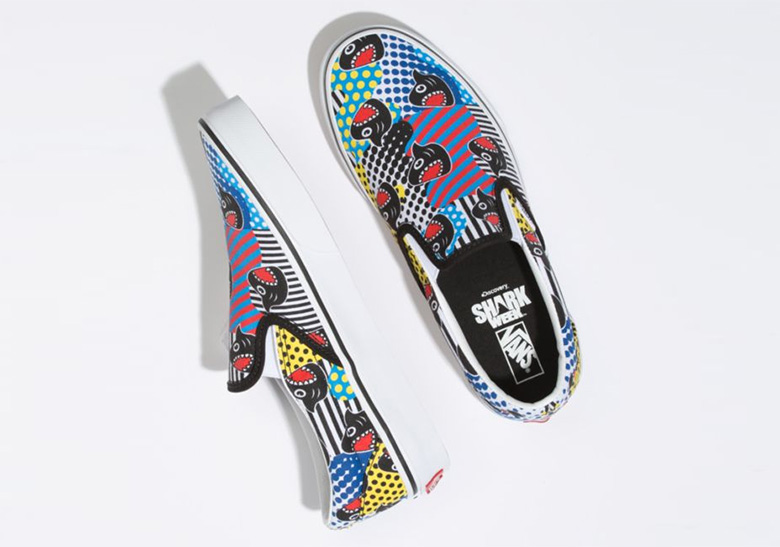 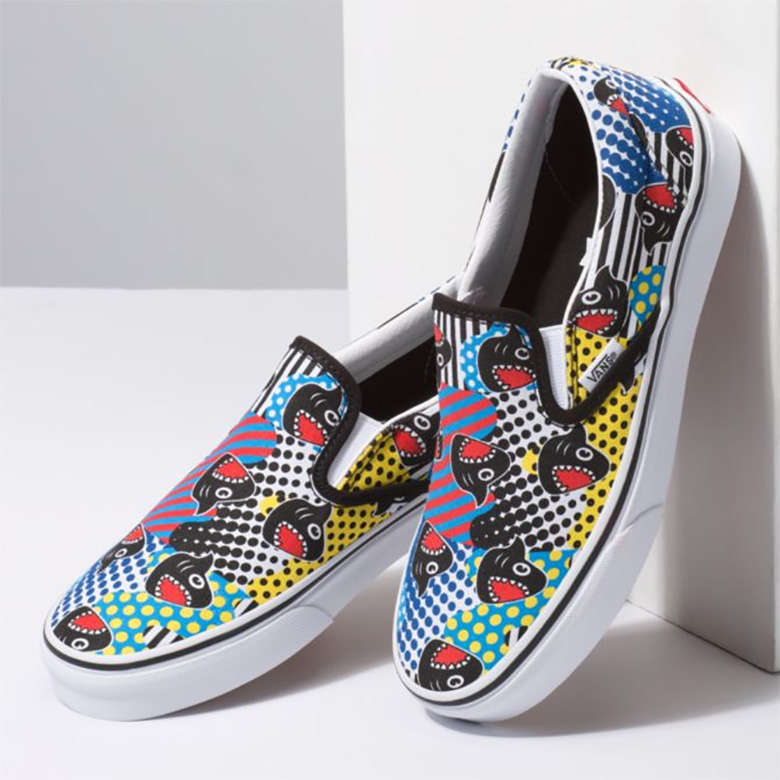 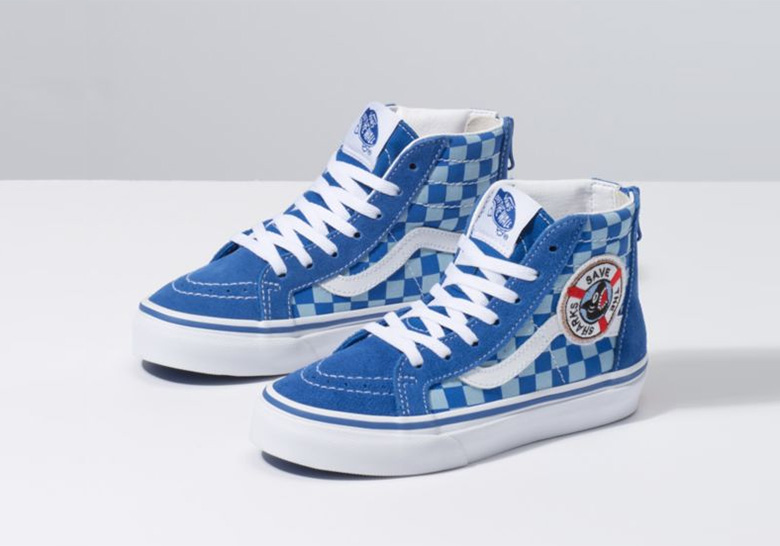 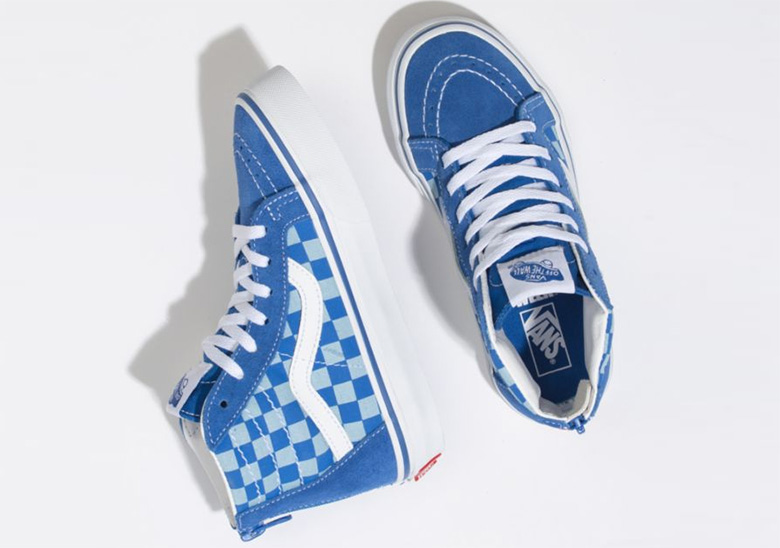 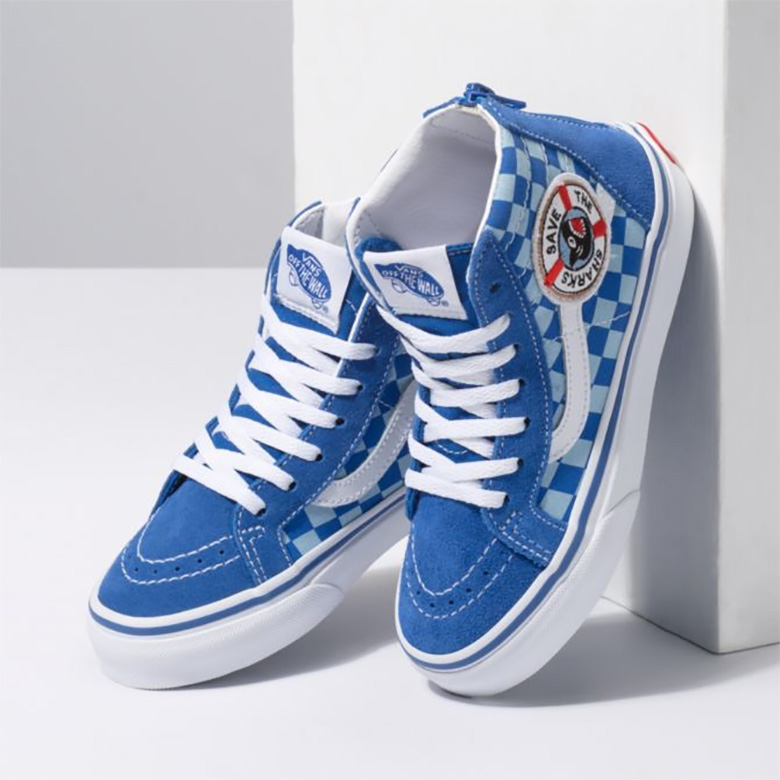 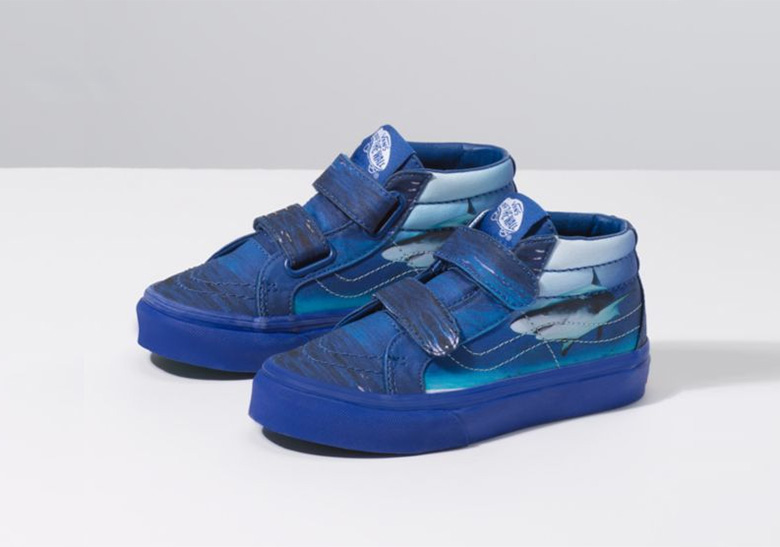 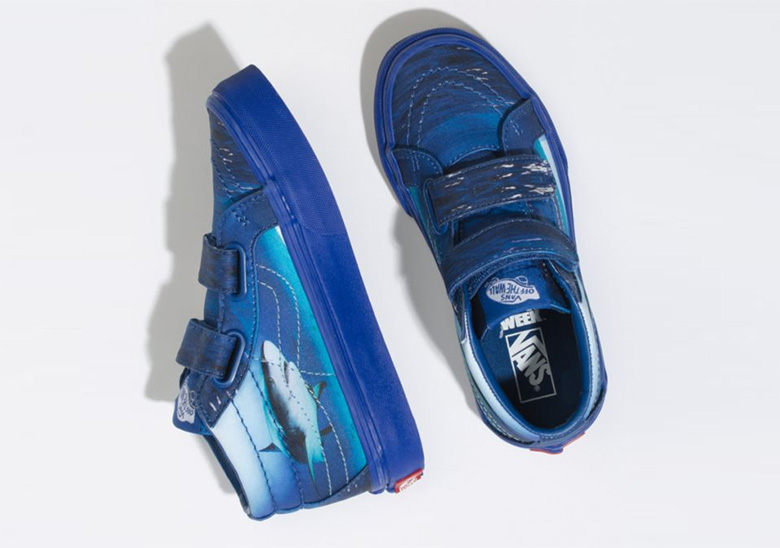 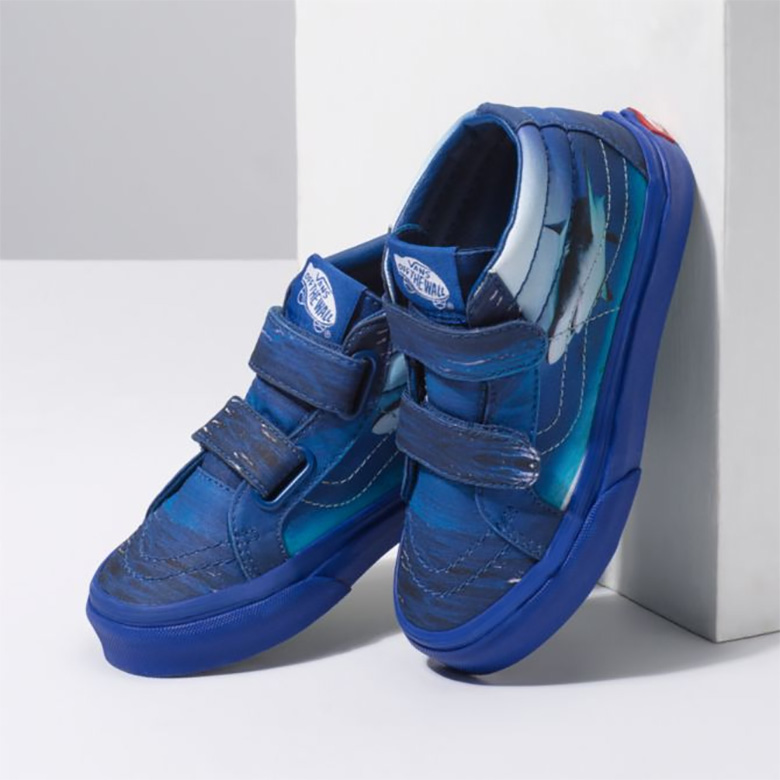 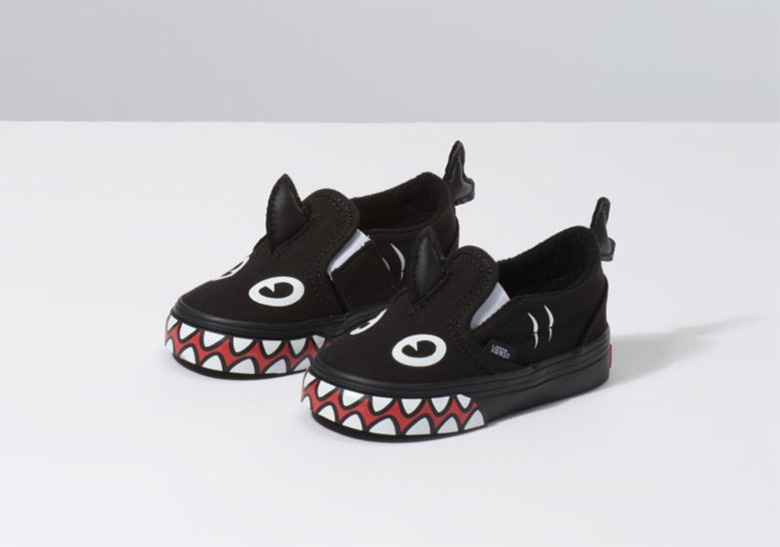 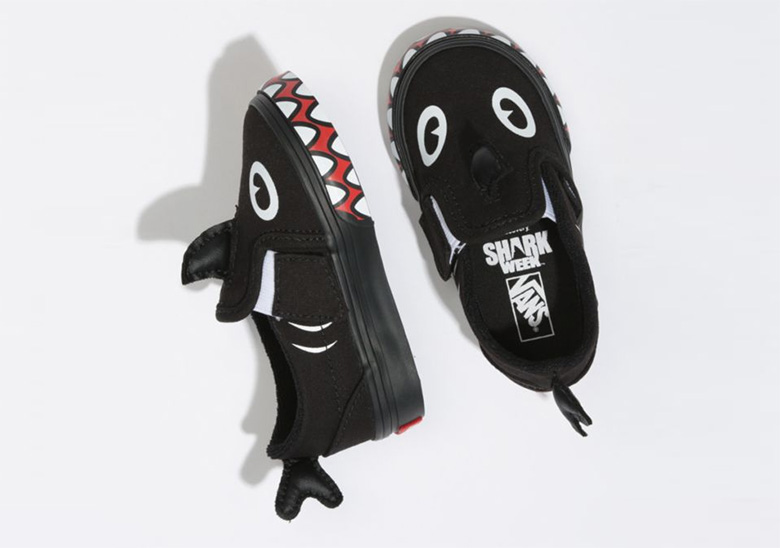 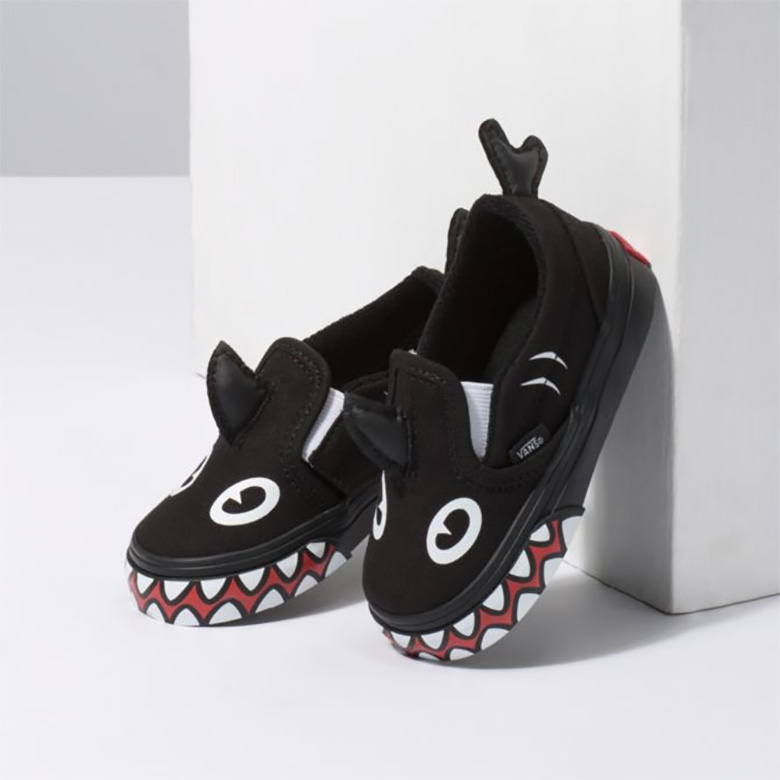