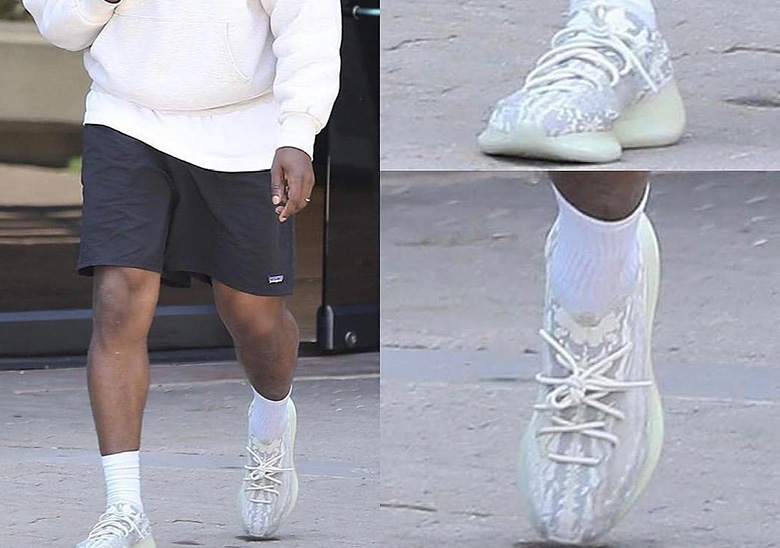 The Three Stripes continues to add to its list of things to do, revealing more and more details of their heavily speculated adidas Yeezy 380. As the debuting third iteration to the momentous series, the package kicks off with one of overall simplicity, utilizing the grey schemes common among the line-up. Upper’s retain the sock-like constructions with weave arriving much more tightly wound; patterning across their face adds palette divergence through various contrast print, opening up near its lace lock with open perforations. Soles, though still substantial, seem to be much more sleek this go around offering a smooth profile in departure from the v2’s ribbing. Grab another look right here on Kanye himself and find them set to retail for $230 USD at a later date.