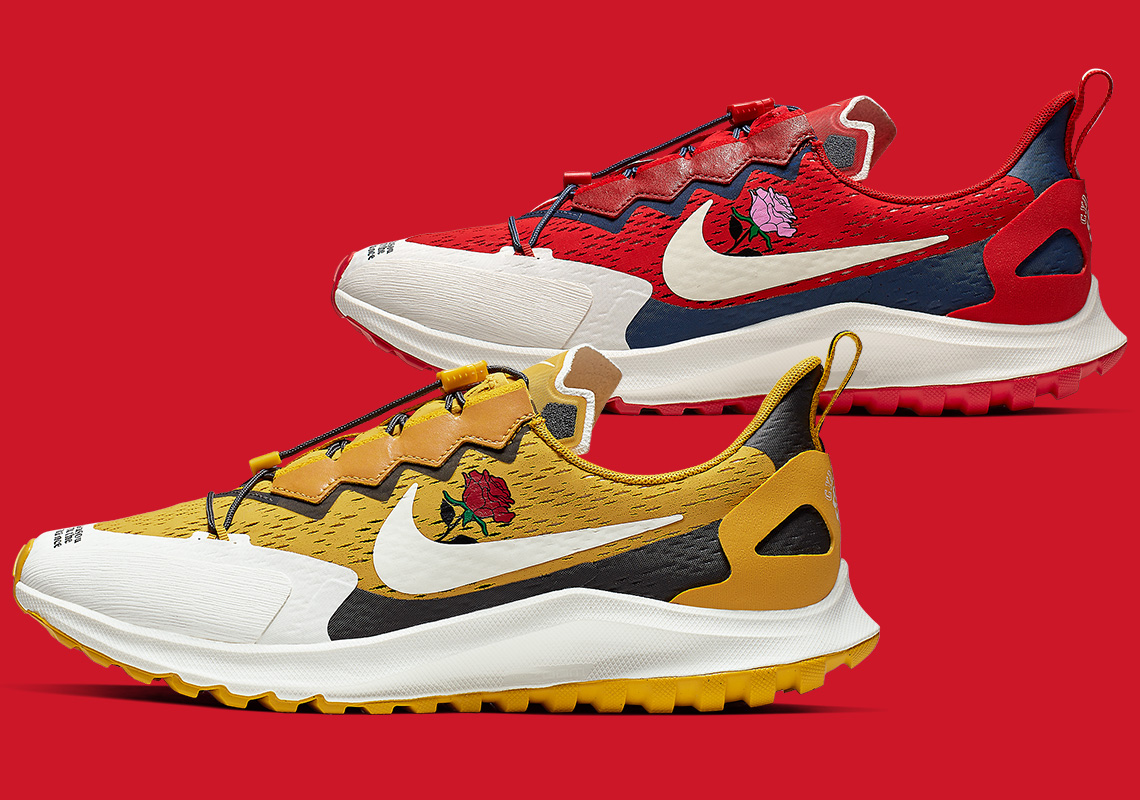 It’s no question that Jun Takahashi is the avid runner, though with his latest Nike GYAKUSOU collection, the designer has overtaken his backwards and monk-themed motifs and moved on to more retro influence. Drawing on the spirit of the 1970s running revolution in both color and graphic, the range basks in a large spectrum of bold color: a notable contrast to last season’s more toned down and darkened palettes. Clothing, which color block along their sleeves and bear prints of vintage typography, take a close backseat to the two starring takes of the Pegasus 36 Trail whose choice of scheme lands on either a saturated red or a daisy-reminiscent yellow. The latter, a large departure from the standard trend, makes full use of its shade of choice as it dyes the synthetic uppers, heel wraps, and performance tread in the brightening tone; the coinciding does much of the same though with its floral touch-up dressed in pink instead of its typical hue. Shared features are few, though their blank midsoles, swoosh, and toe caps reveal a sibling identity topped off by a print of “GYAKUSOU WENT THE DISTANCE” right at the very tip. Grab a detailed look at both right here and find them rolling out to select retailers as well as Nike.com on September 26th. 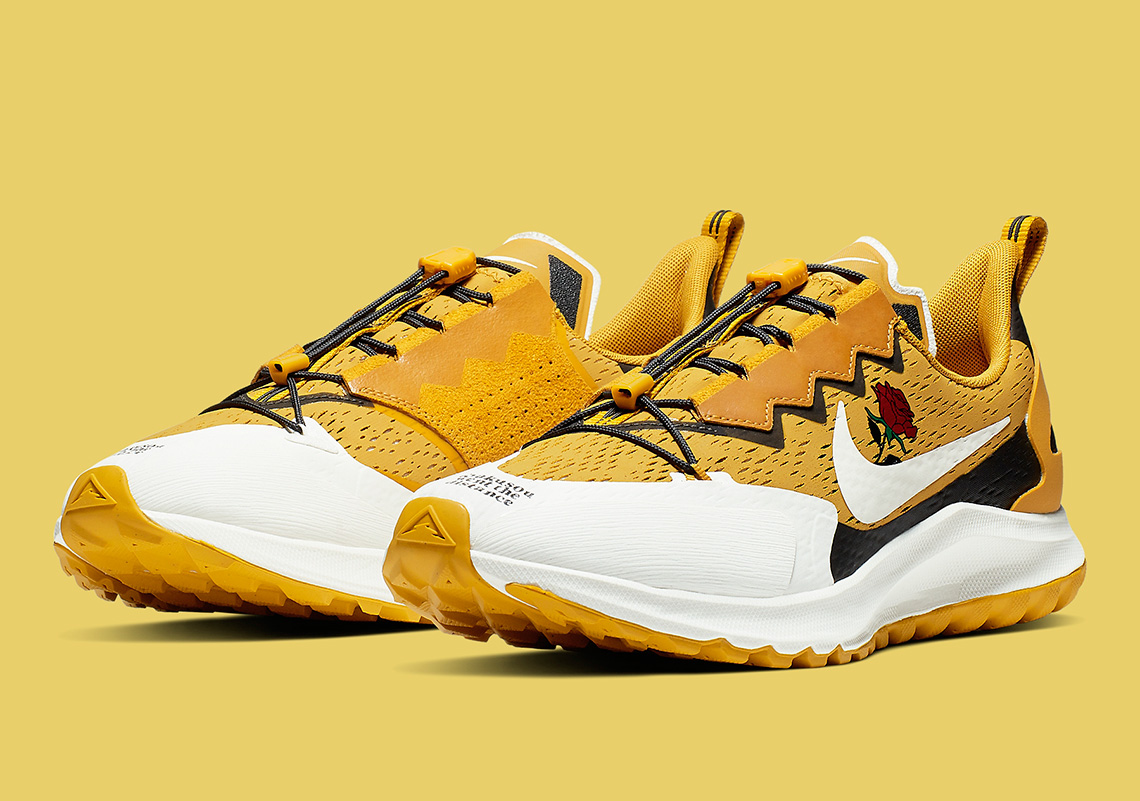 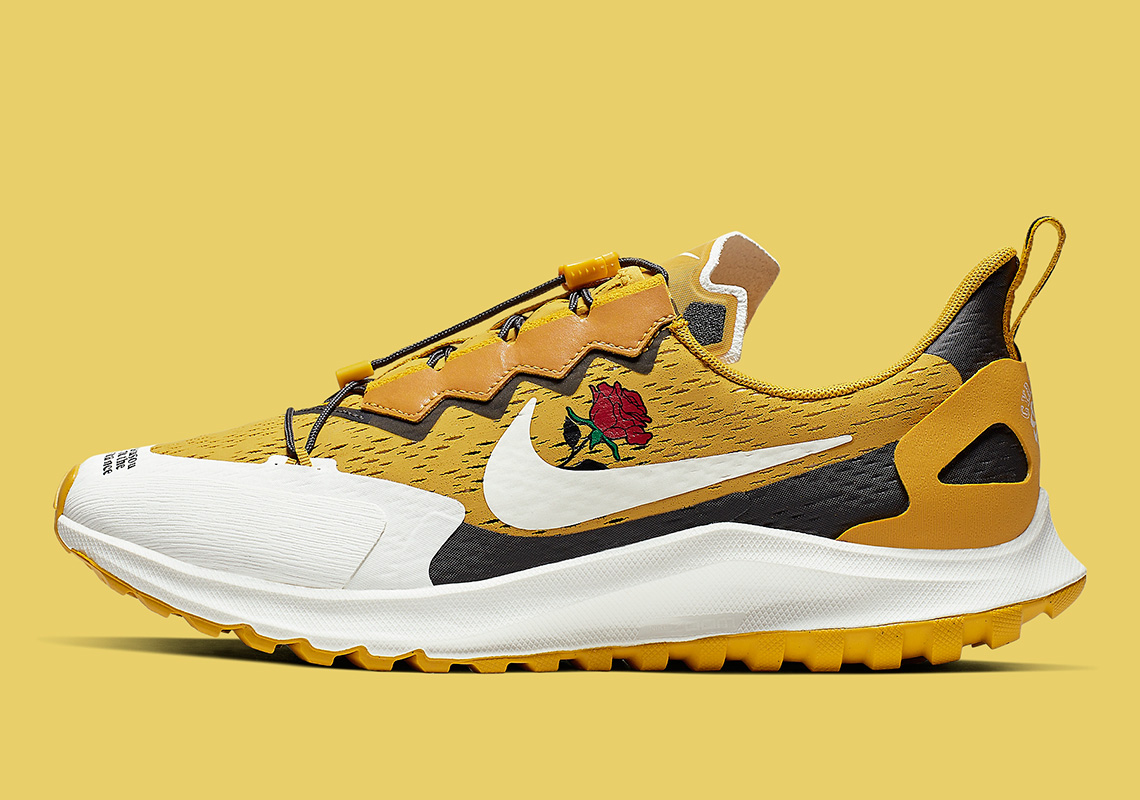 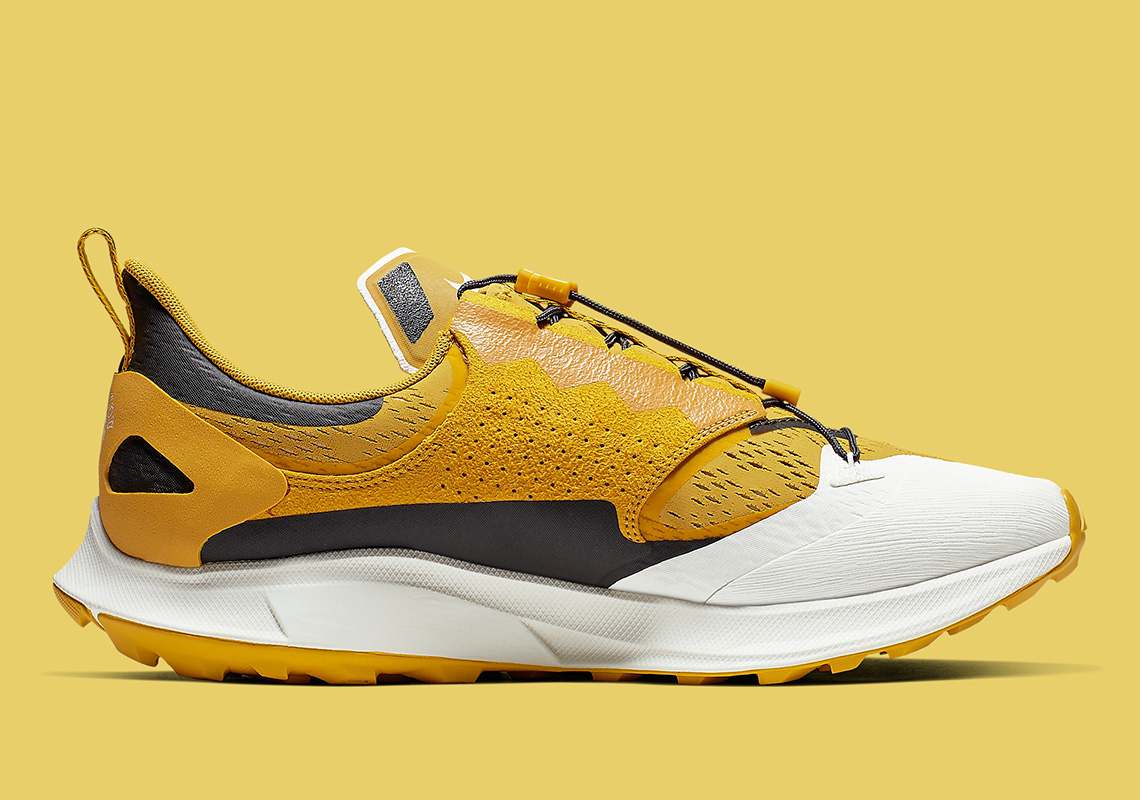 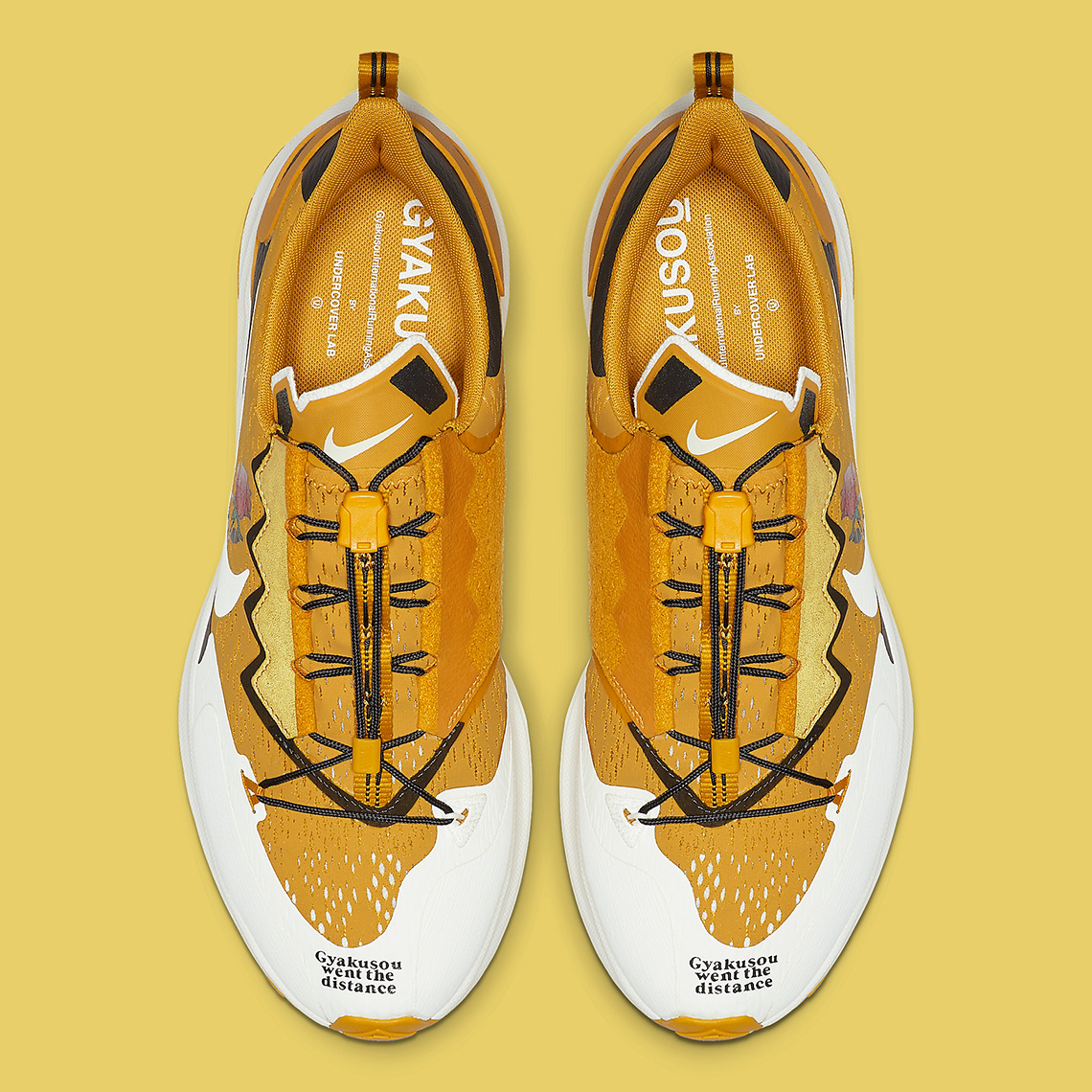 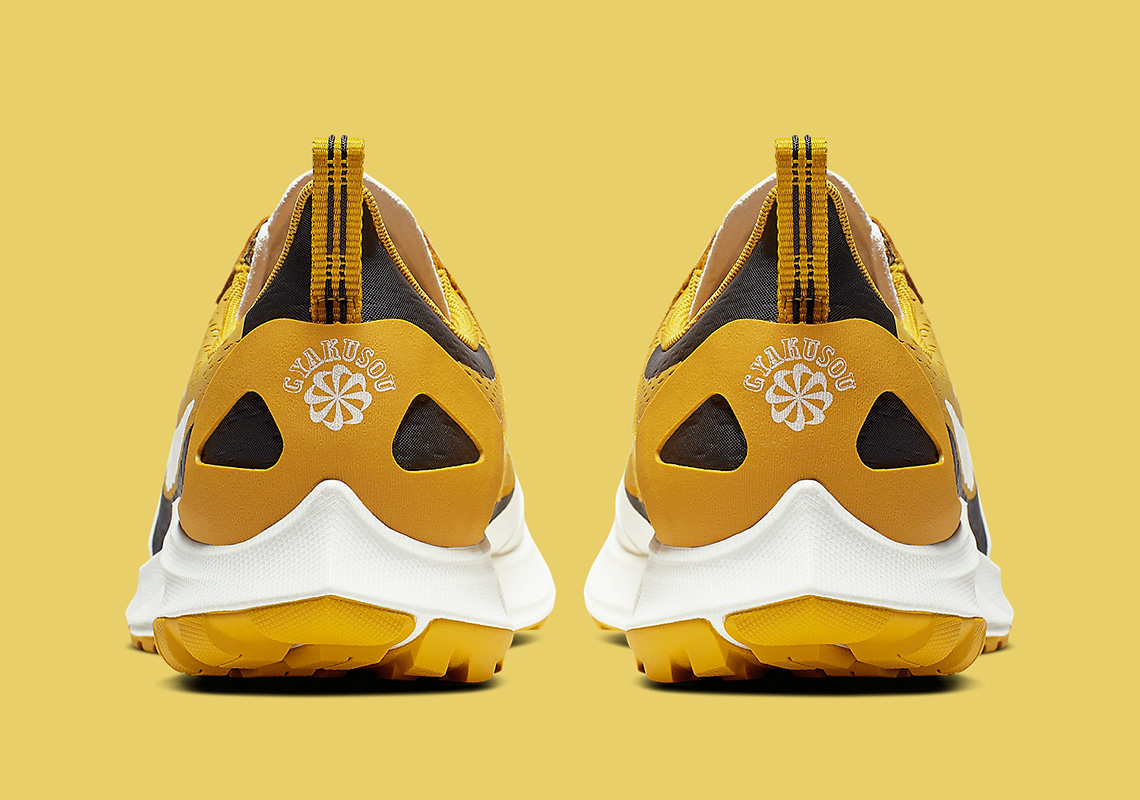 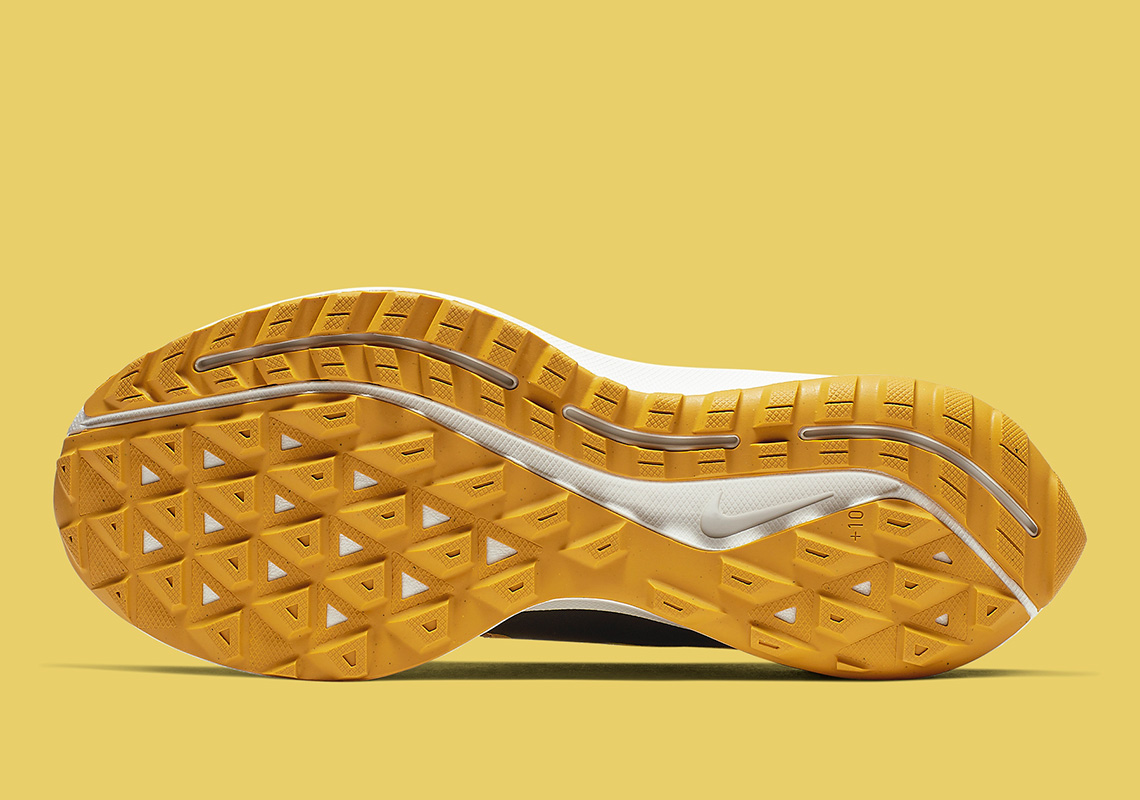 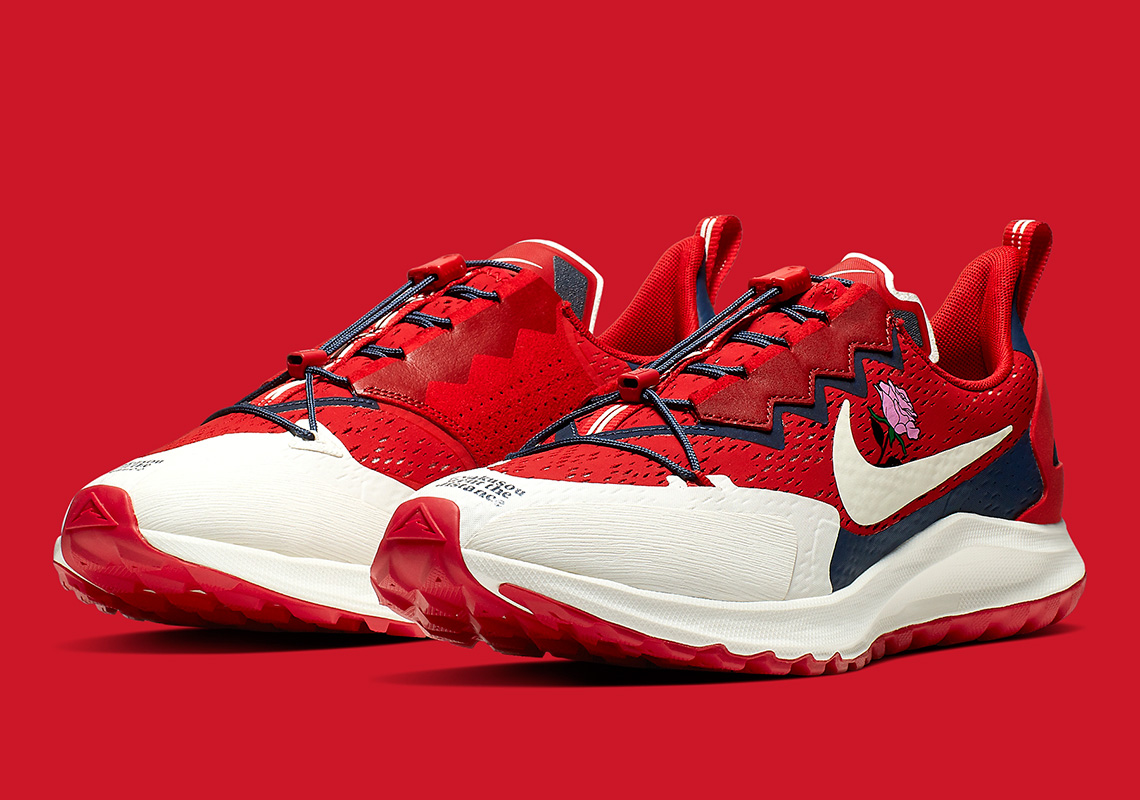 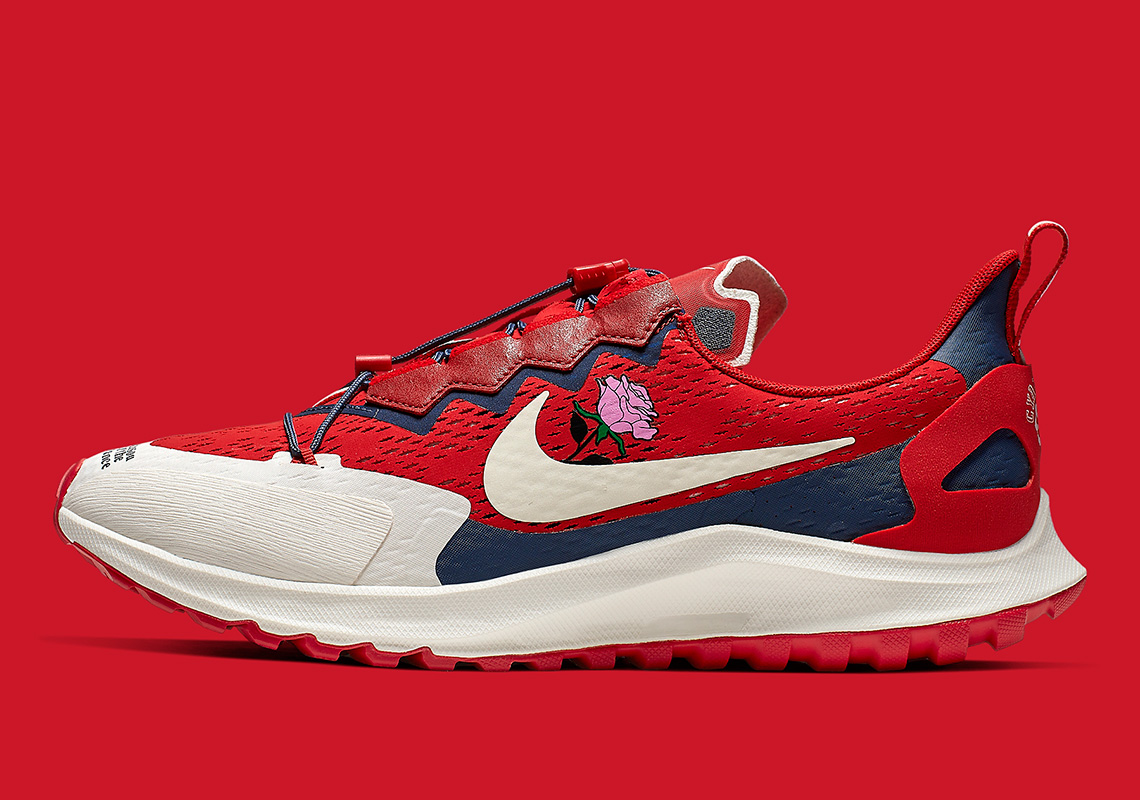 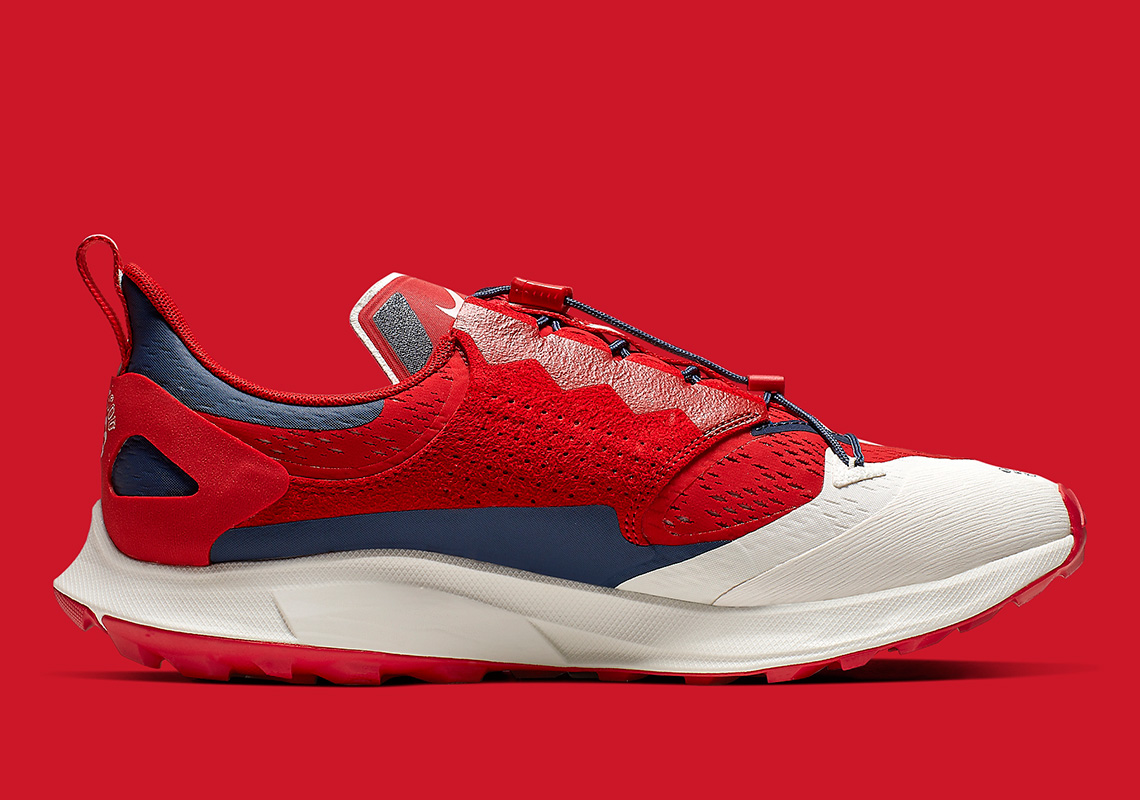 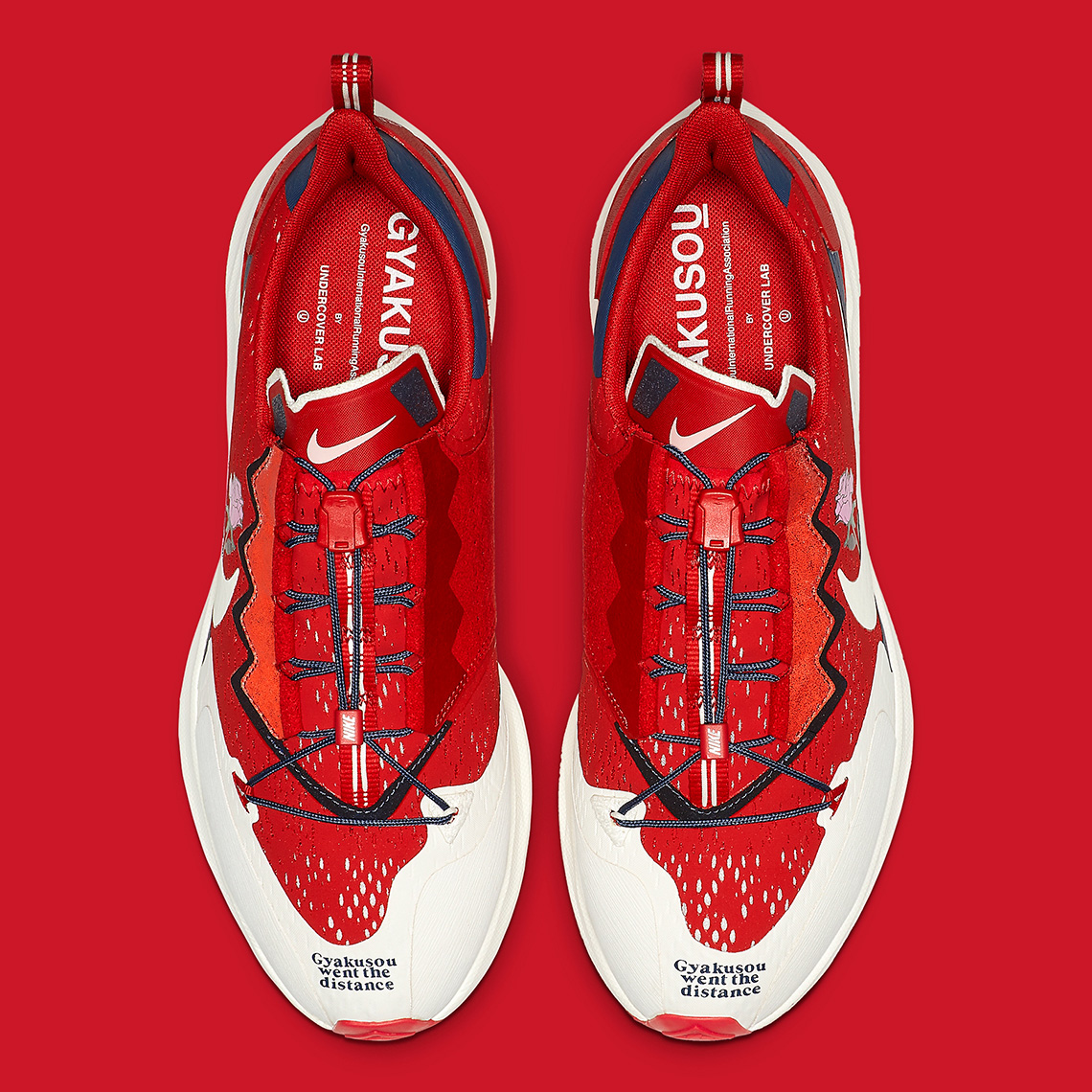 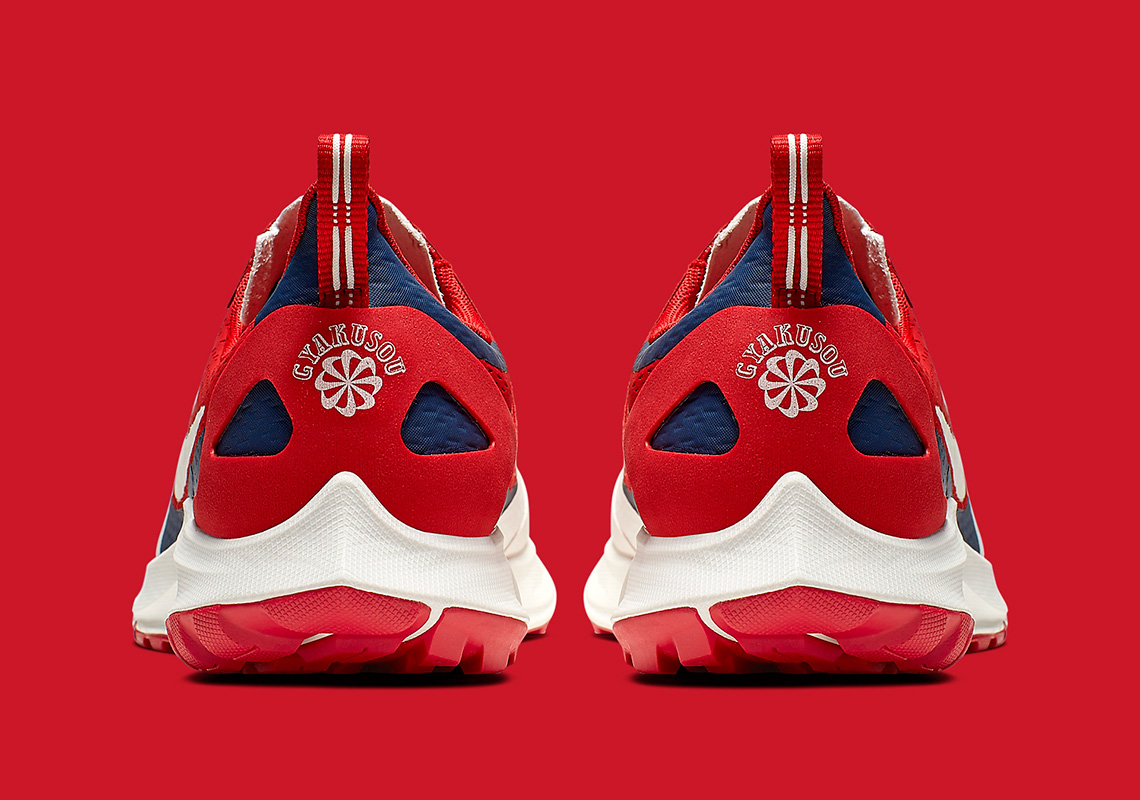 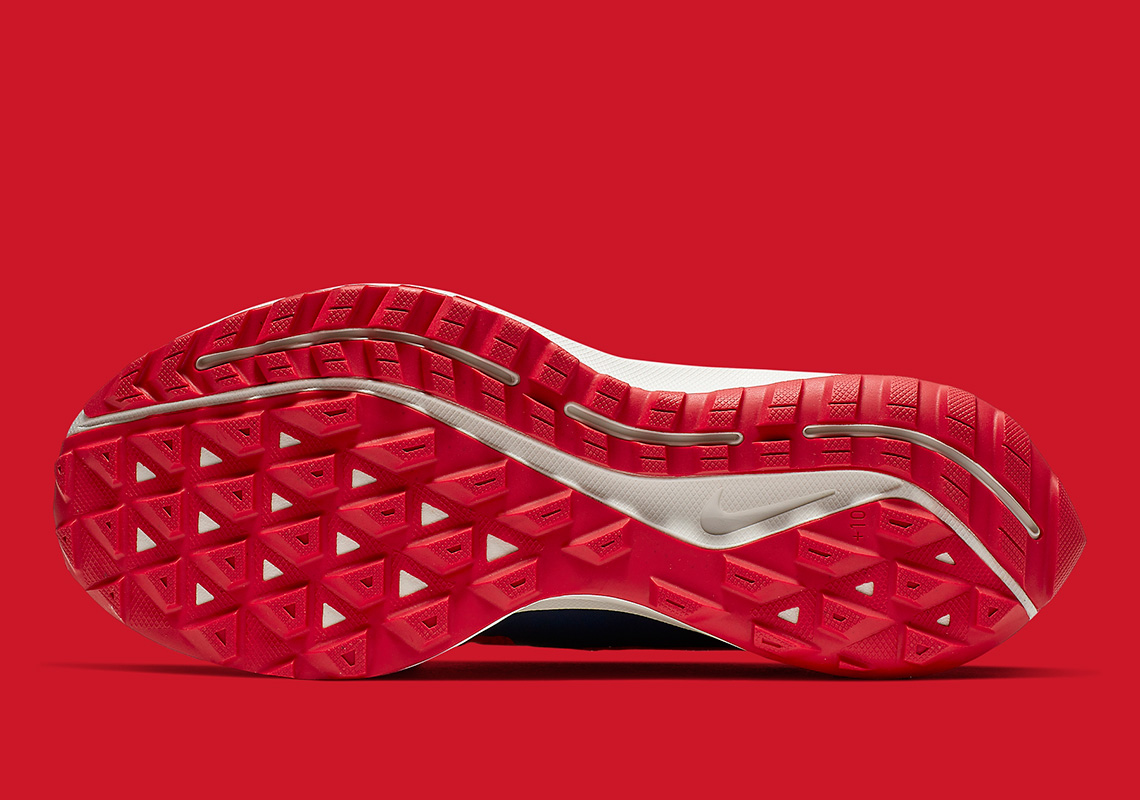