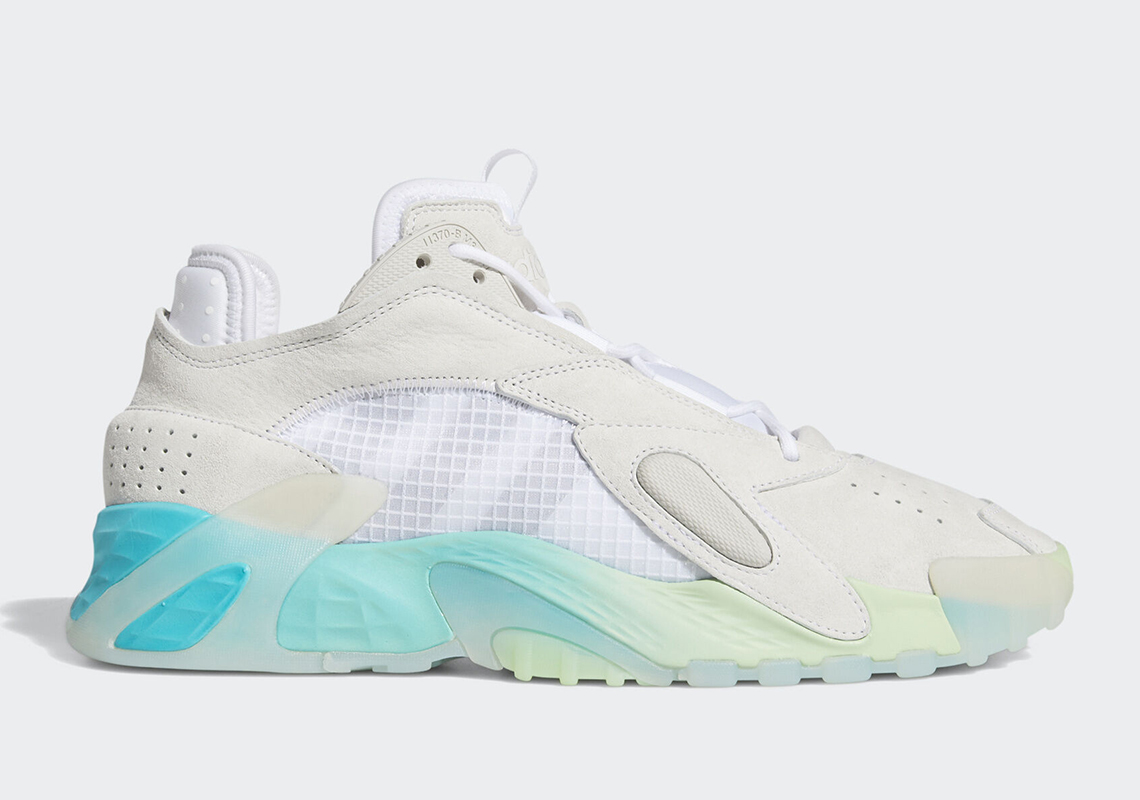 Vibrant Gradient Midsoles Appear On The adidas Streetball Once Again

First debuting in the early ’90s, the adidas Streetball has been reworked by adidas Originals as a hybrid lifestyle hoops silhouette for 2019, and now it’s appeared in another gradient sole-equipped iteration. The upper is simple in its color scheme but more complex in its construction, offering a combination of soft sail suede that sits on top of a white neoprene collar and tongue. The most interesting piece of detailing is undeniably the midfoot, which features a piece of geometric pattern-equipped synthetic material that cuts a striking contrast with the faint Three Stripes graphic layered underneath. Down below, the shoe’s signature embellishment arrives via a full-foot Lightstrike midsole — the same tech used on James Harden‘s new adidas Harden Vol 4 — that’s shaped in appealing fashion and dressed in a pleasantly-hued gradient fade that moves from a soft lemony yellow to a cool blue. An icy outsole finalizes the stylings. They’re set to release on September 26th for $110 USD, so check a store list below to see what retailers will have stock. 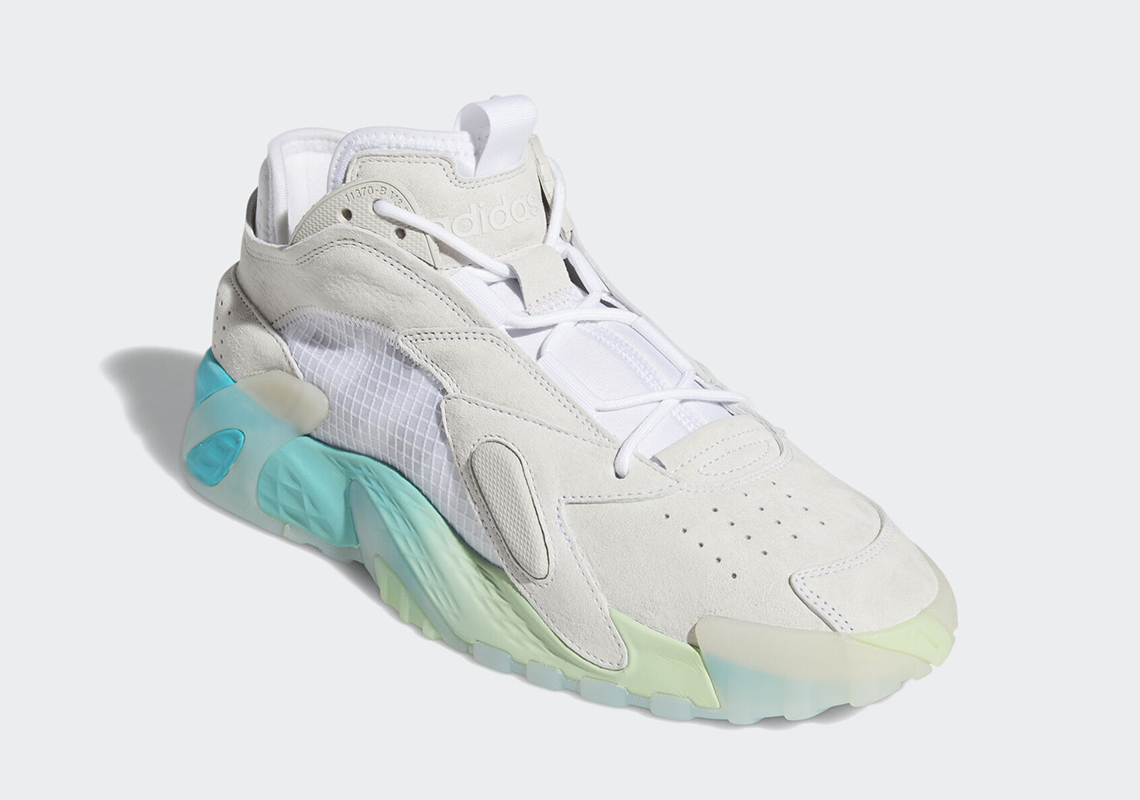 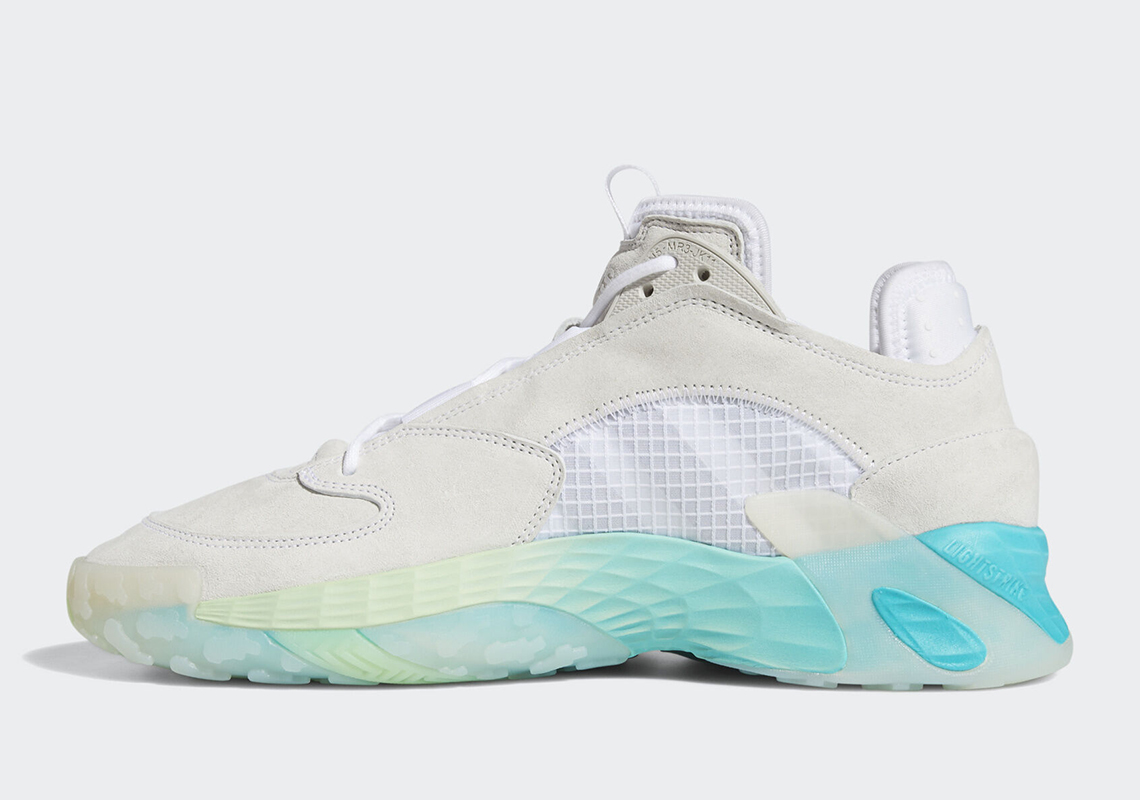 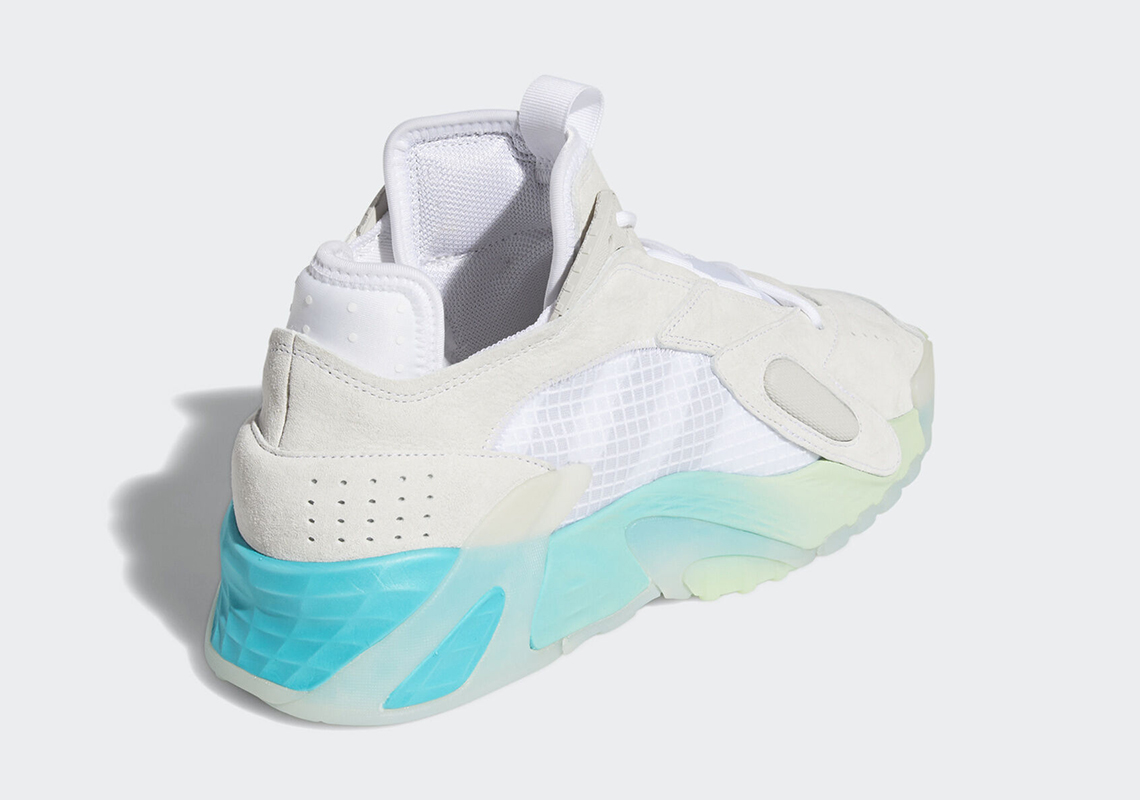 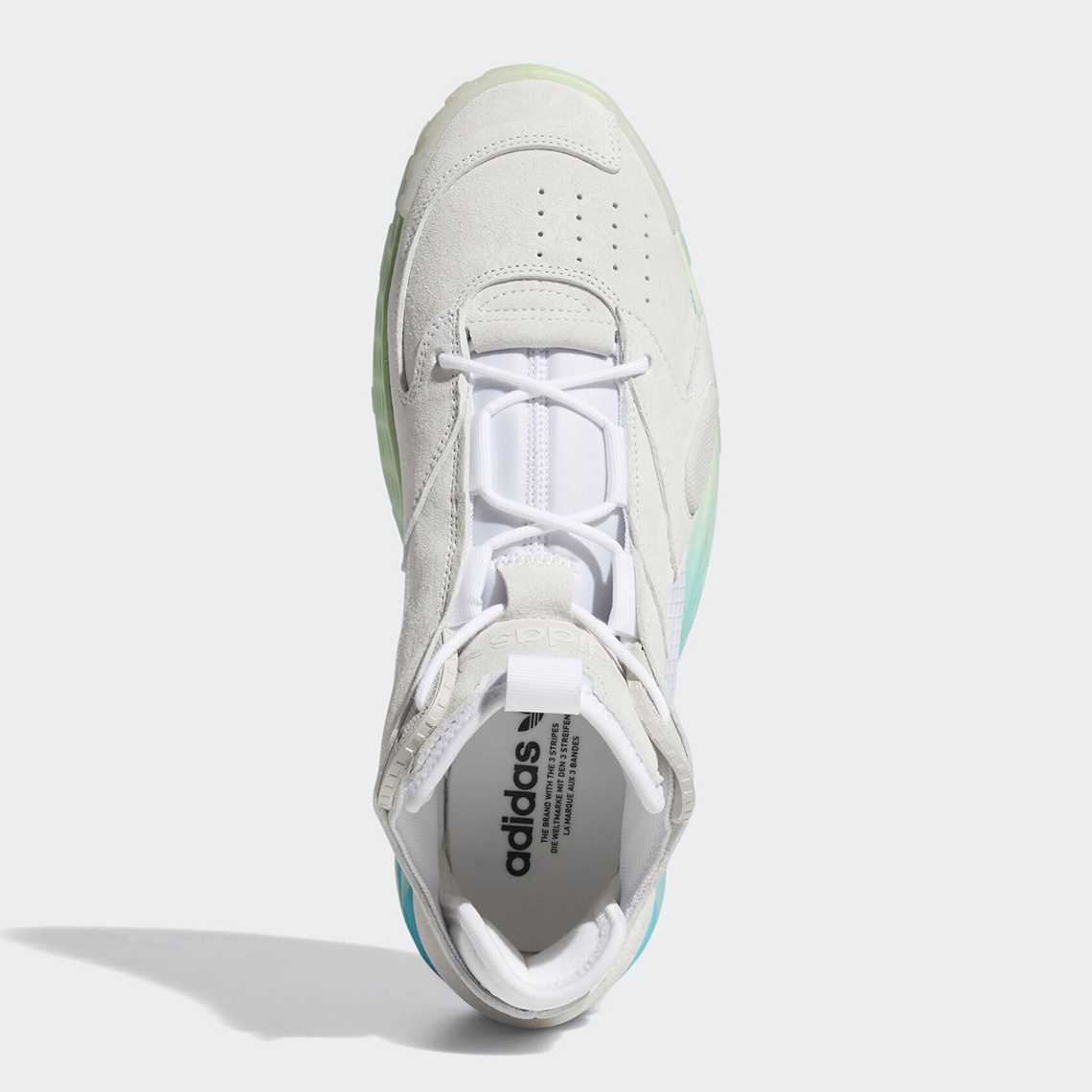 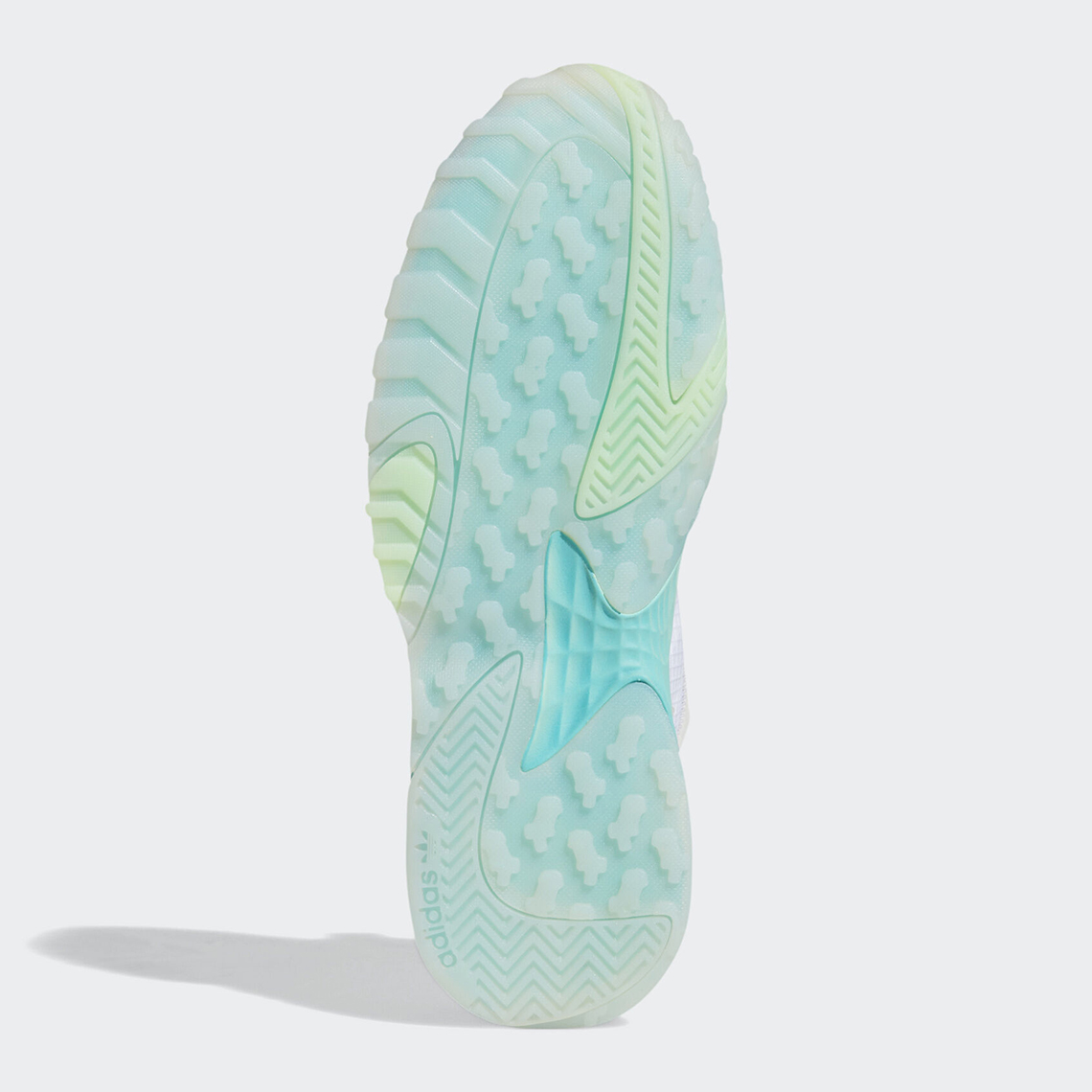