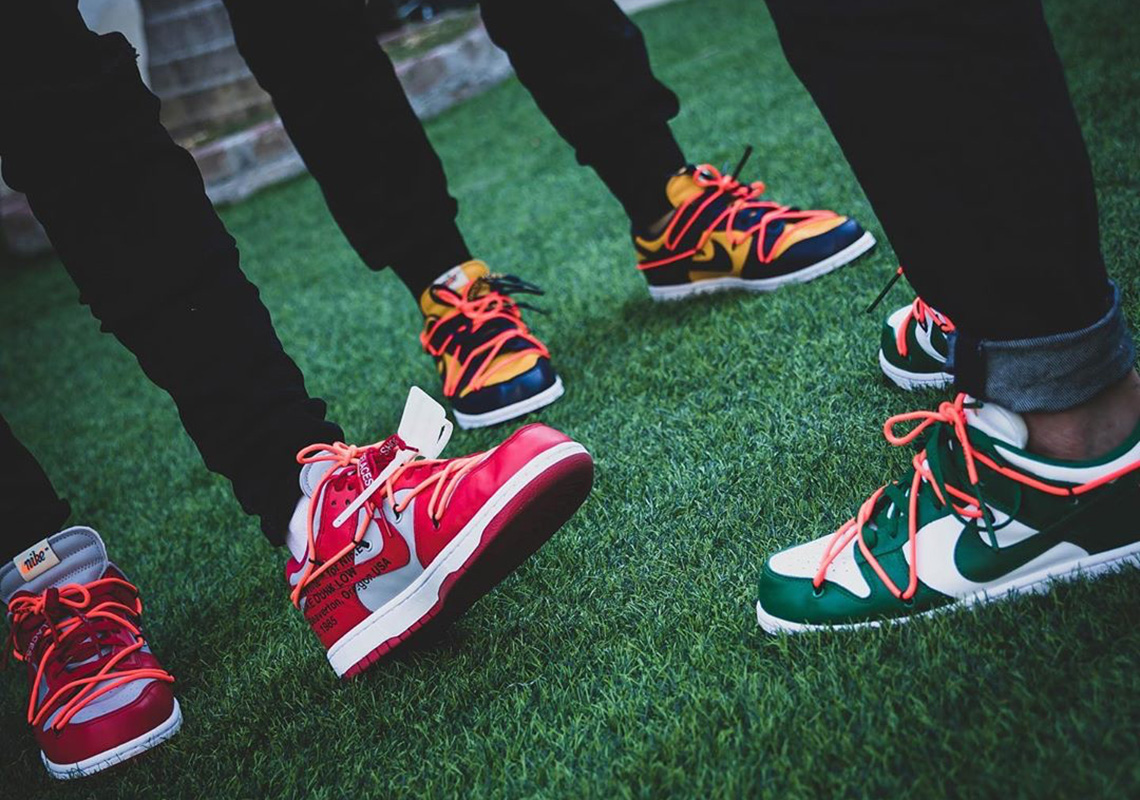 With Virgil Abloh effectively moving on from his legendary “The Ten” series, the streetwear-turned-luxury designer is now on to arguably greener pastures with imaginative takes on athletic staples and now suddenly burgeoning skate classics. While essentially dying around the turn of the last decade, the Dunk Low has more recently hit a second stride, turning over thanks to modern collaborations by iconic imprints Diamond and Supreme then now getting a more signature Off-White makeover through its non-SB tooling. Three colorways of legend arrive once again — the University Red, Pine Green, and sultry Michigan schemes — with touch-ups by way of a second lace unit and imprinted type leavening it into something fit for the Abloh’s personal wardrobe. The familiar panelling is left untouched thankfully, though the anchors that scatter across the profile remind of outdoor rock climbing through their colorful neon roping. Grab a look at the whole collection right here, and though there’s no exact release date as of yet, find them hopefully making their way to Nike.com and select retailers later in October.

UPDATE: The Off-White x Nike Dunk Lows are now rumored to be releasing on December 20th. 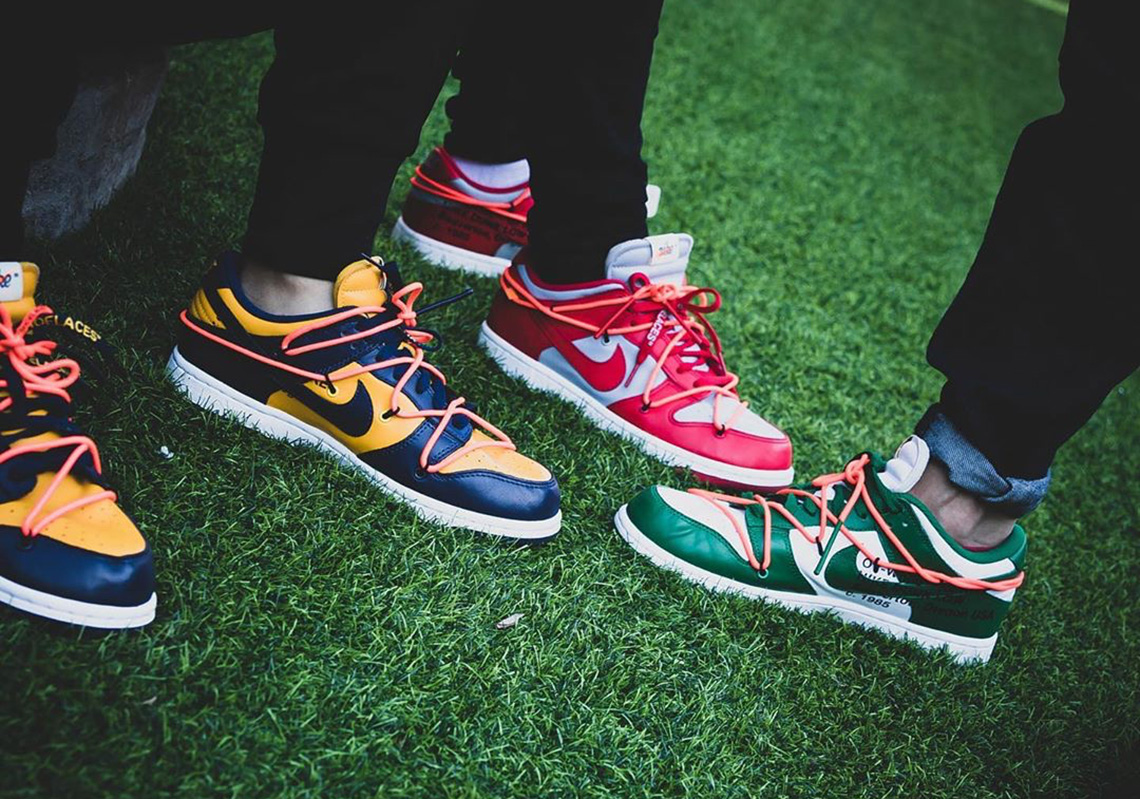 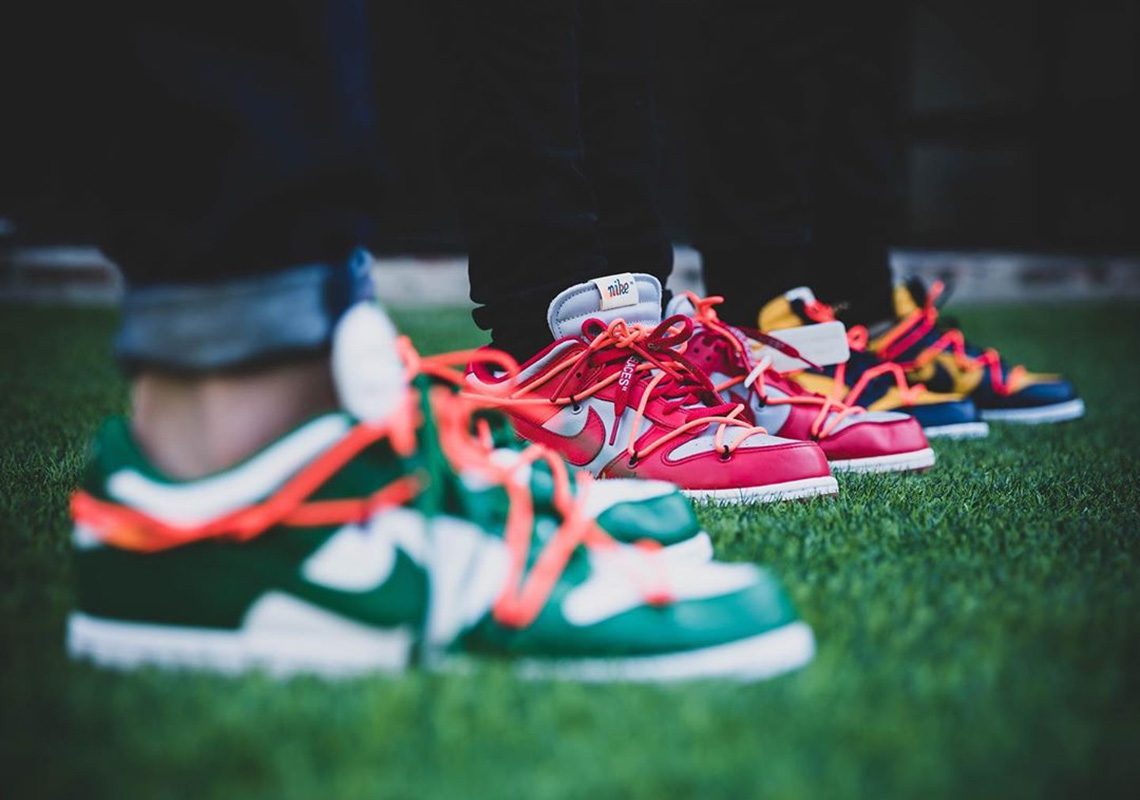 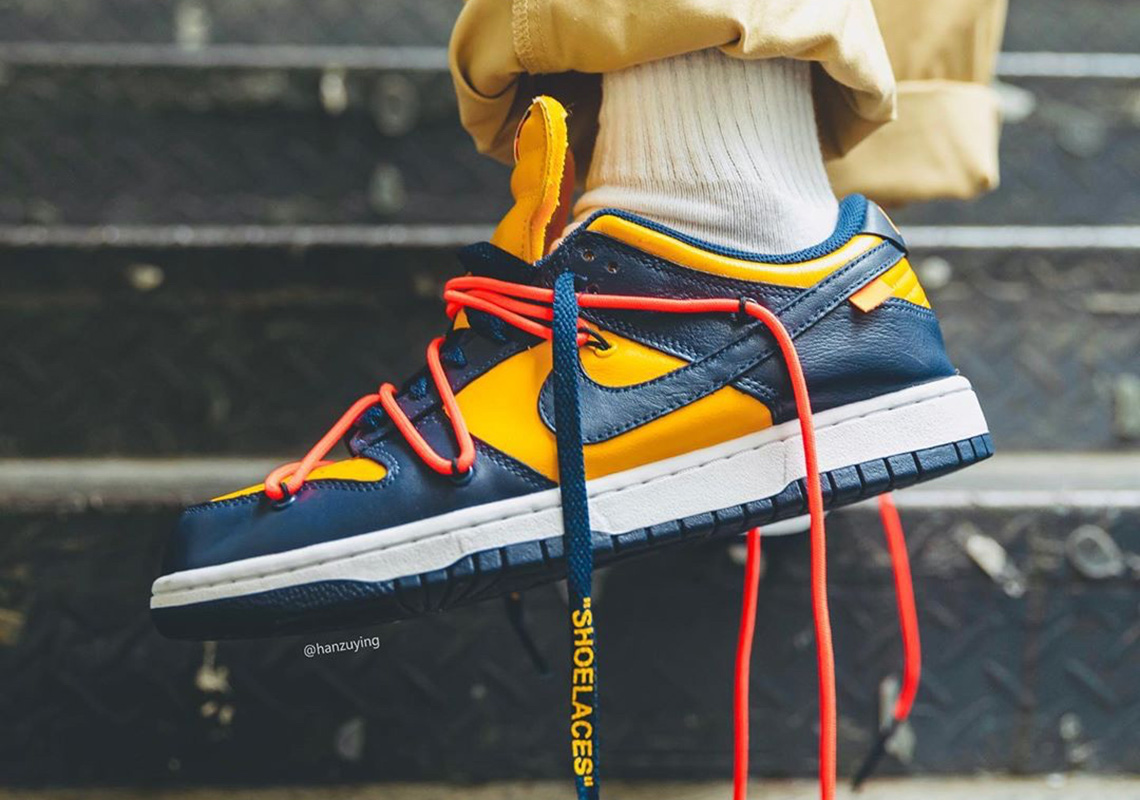 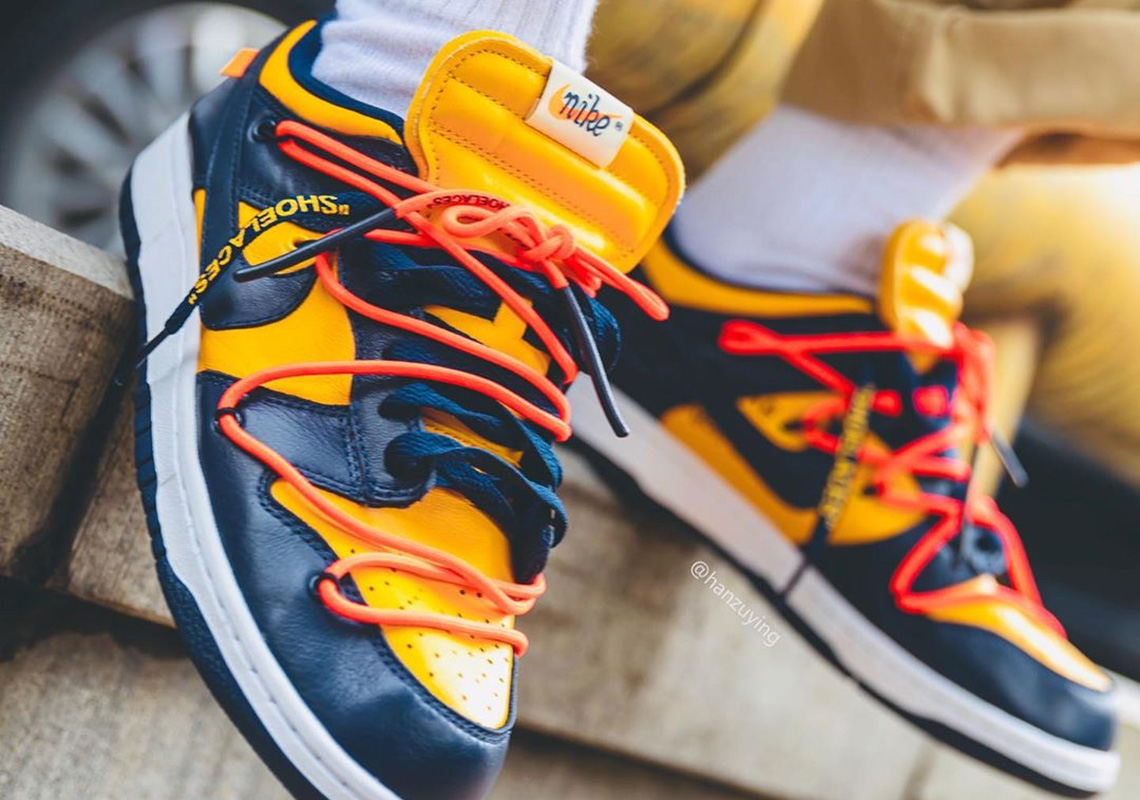 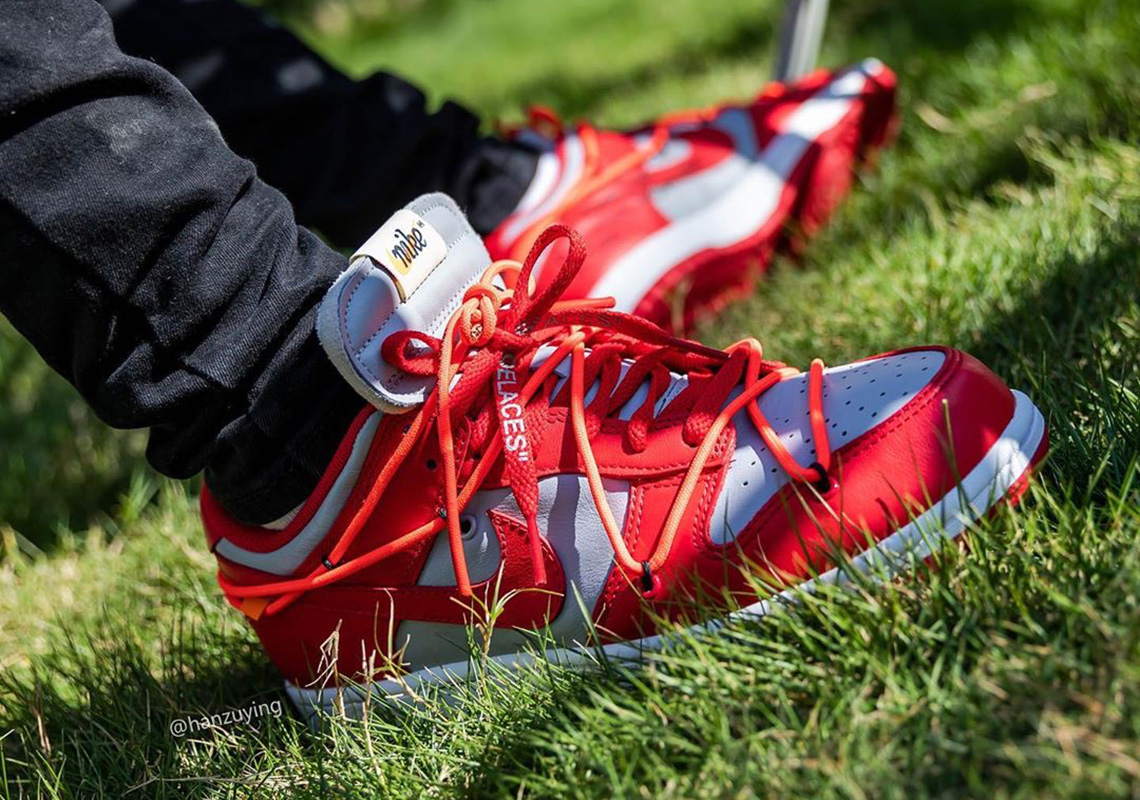 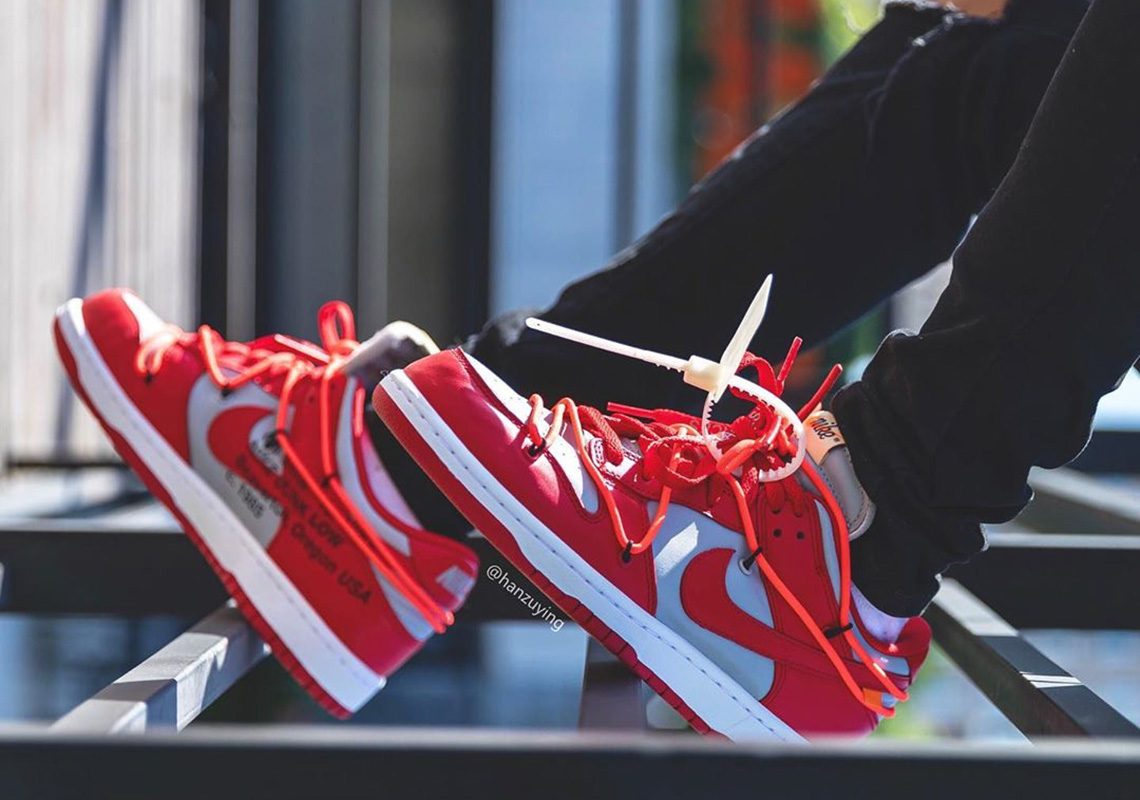 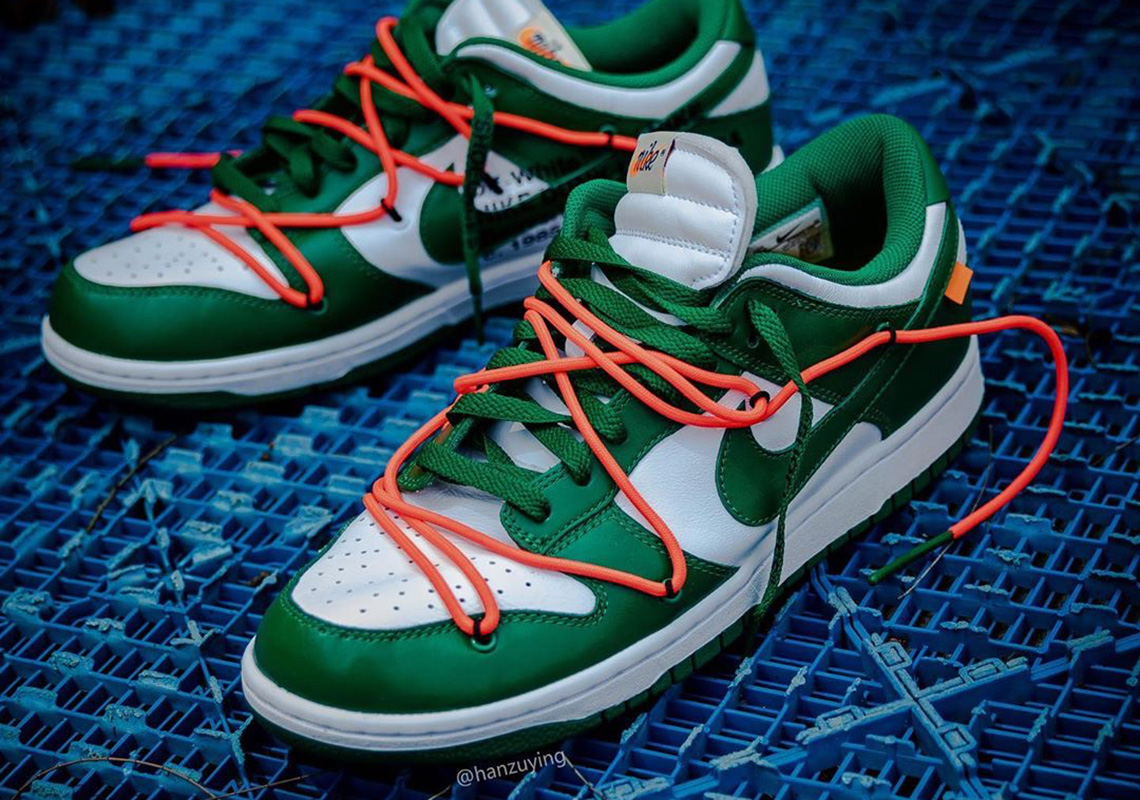 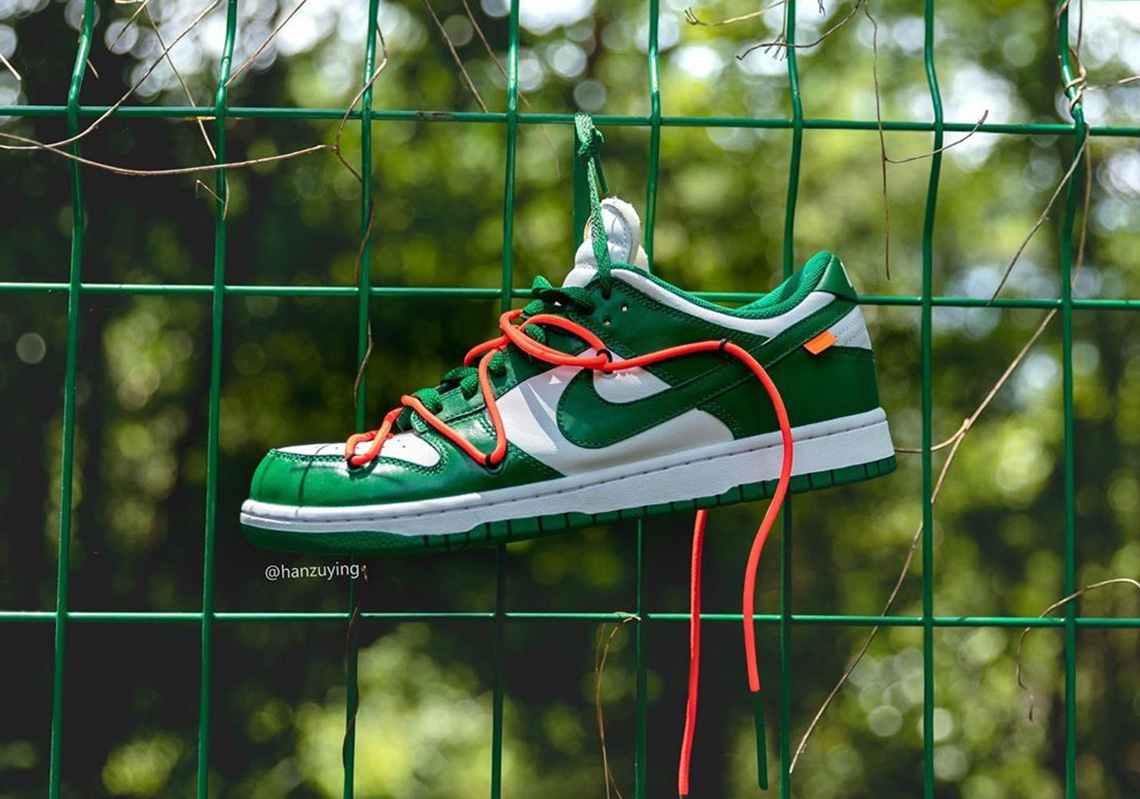