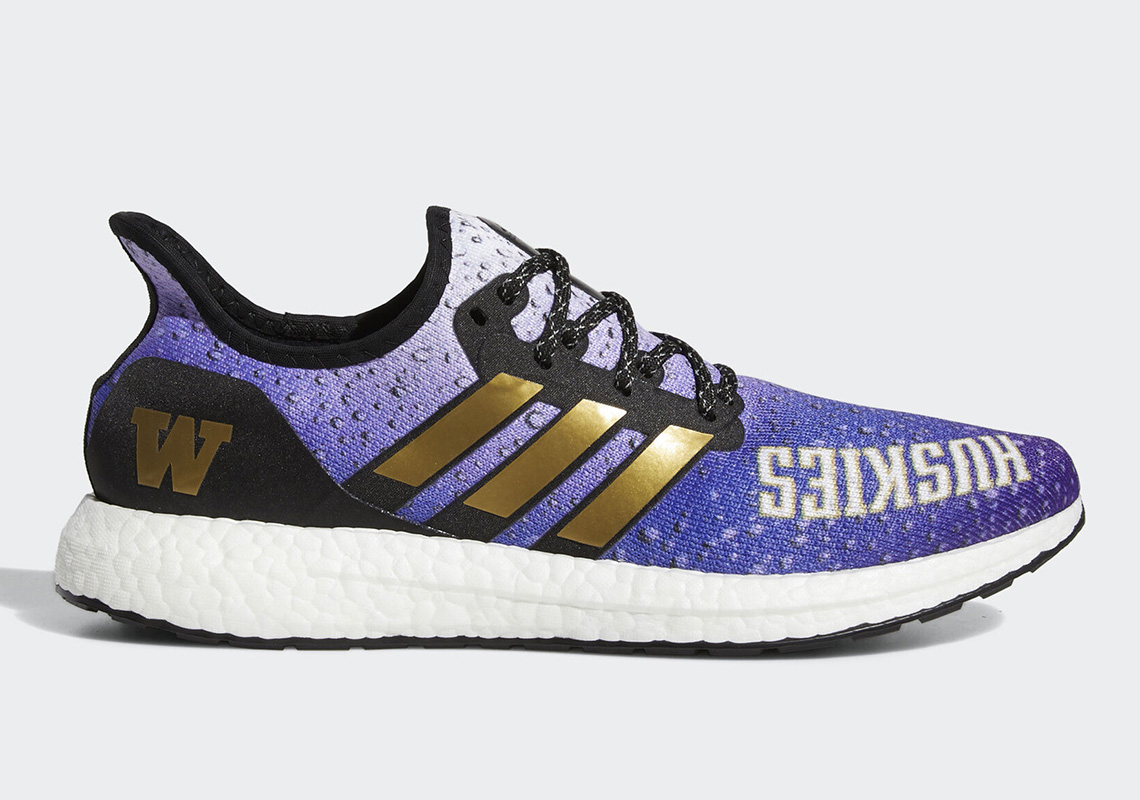 adidas Speedfactory, though releasing models in seldom, add yet another performance issue to their repertoire though now with more specific color inspirations. While one prior scheme of grey and gold paired perfectly with the tones of the Tokyo metropolis, it’s latest, which swaps out the neutral for striking purples, is more so a proud fan of the Washington Huskies. Loud, in no uncertain terms, the pair’s upper bears an all-over water droplet print with slight gradient adding lightness to the shade as it traversed from toe to heel. Overlaid taping, accents that form the branded Three Stripes as well as the surroundings of the eye stay, are left black with the most important bits finished with metallic; the heel support follows in execution though with a boldfaced “W” lying as the most standout feature. “HUSKIES” emblazon across the forefoot for more overt connection to the team, leaving little to speculation upon its release come October 16th. If you’re interested in picking a pair up for yourself, they’ll be available at adidas.com and likely a few other retailers. 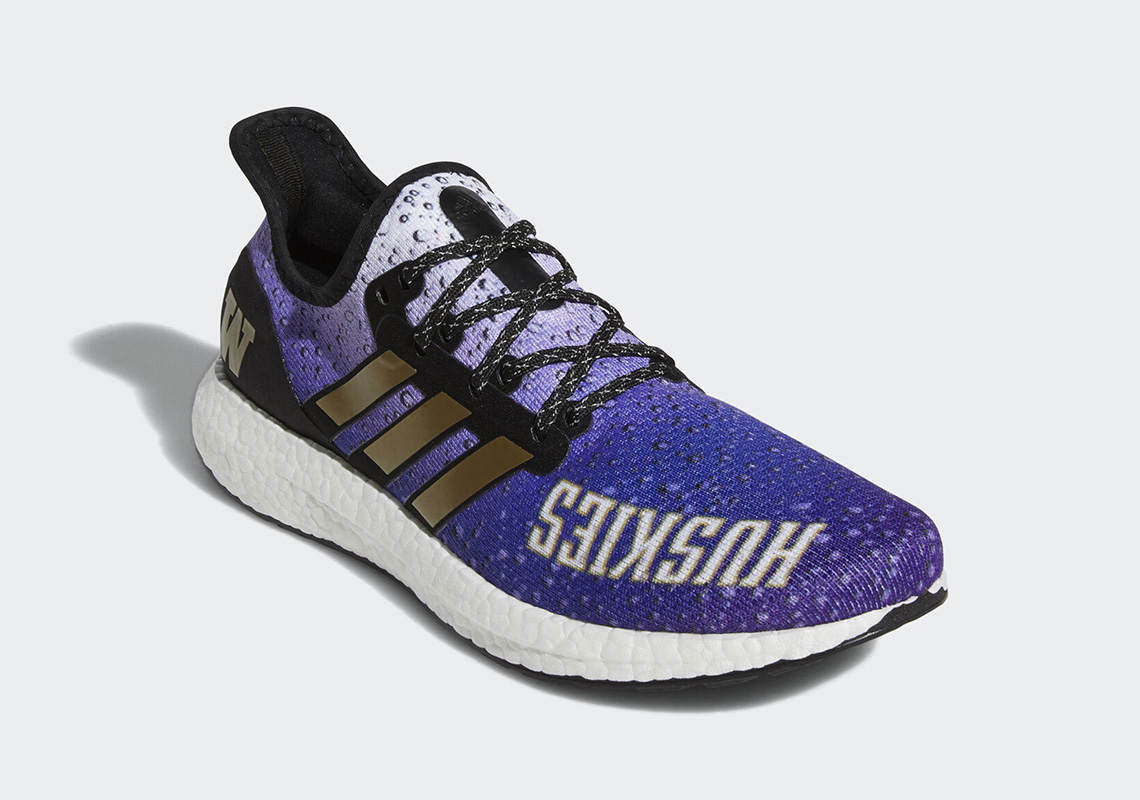 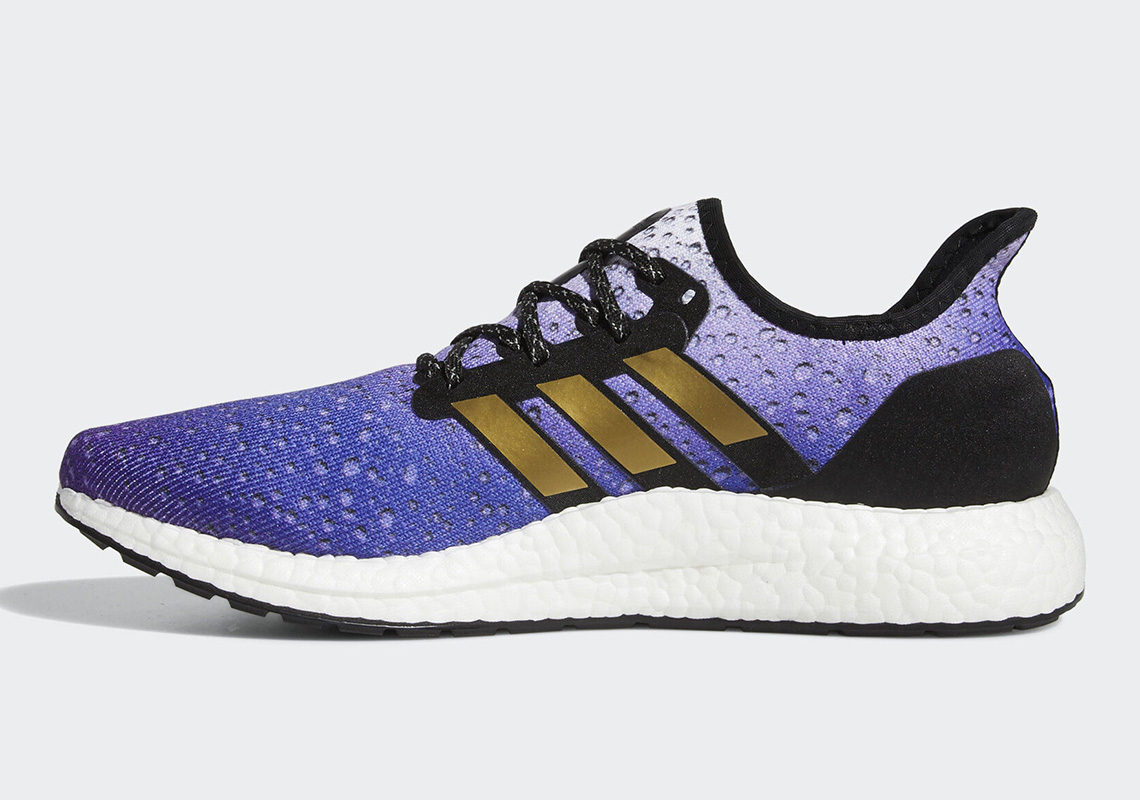 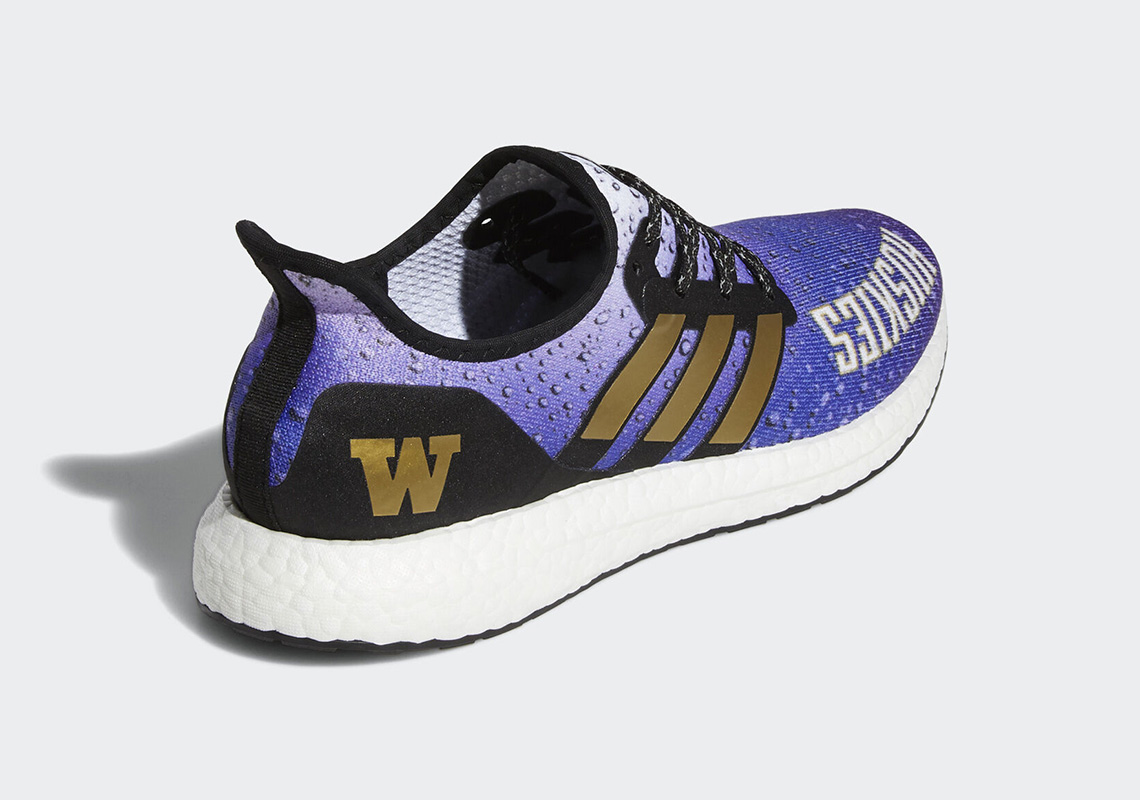 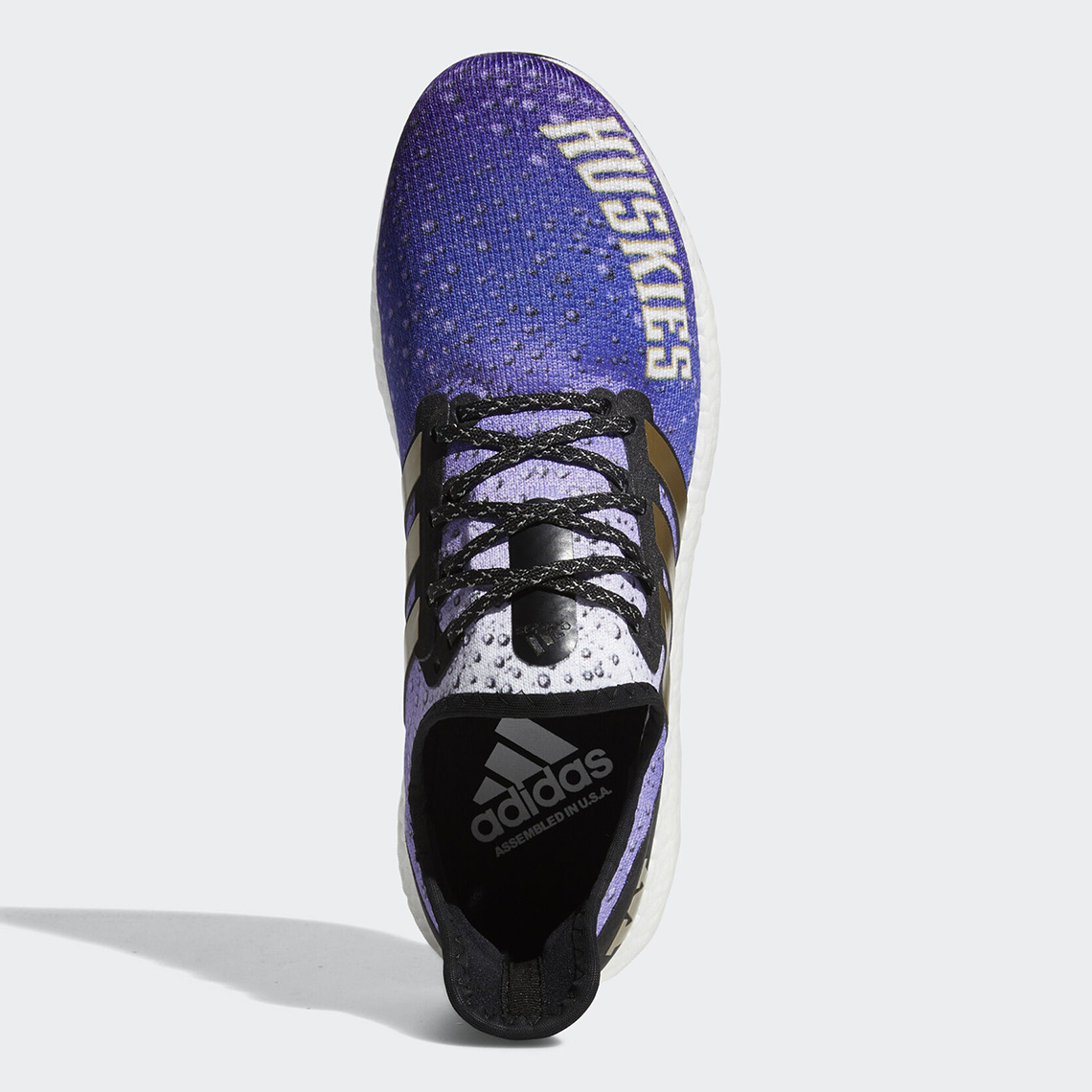 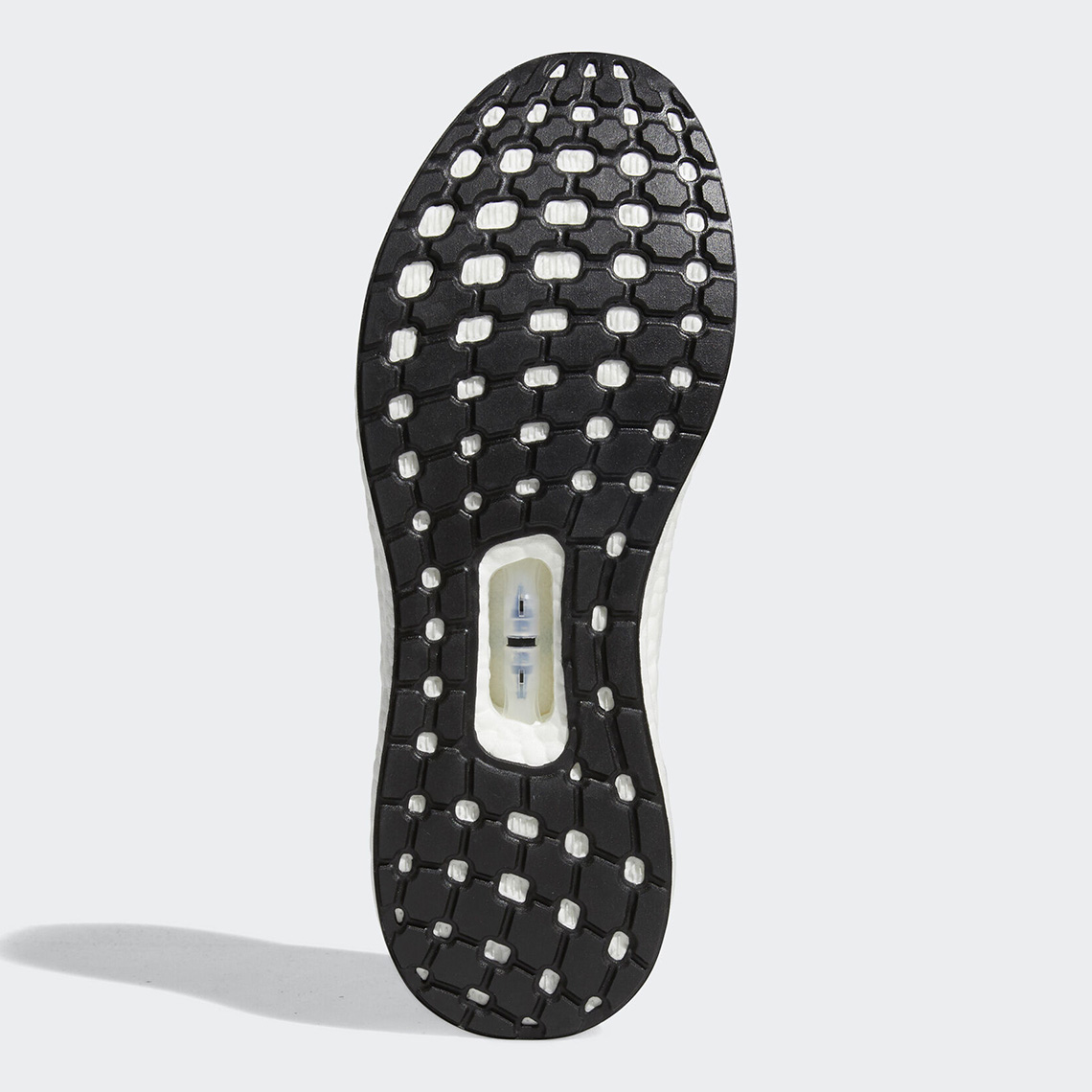