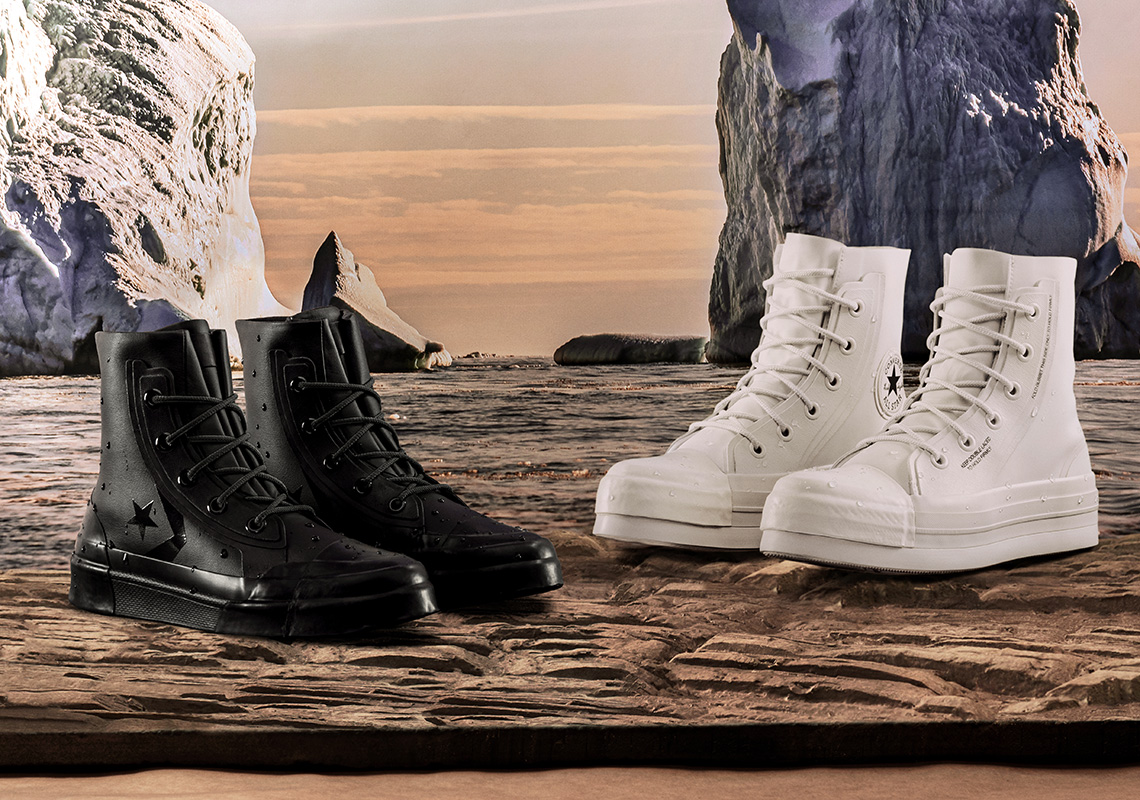 Despite being inducted into the Swoosh family only recently, Yoon Anh of AMBUSH has — even since her first collaboration — continued to thwart expectations despite taking overt influence from the past’s many buried classics. Her Air Max 180, which infused the Glove’s zipped shroud, was met with warm responses and the same can likely be said for her impending duo of Converse collaborations. Created with keen focus on the archive yet again, each arrives upgraded with militaristic styling through an overt connection to the Bunny Boot that was crafted by the brand in the 1950s.

A reimagining of two staples, the Chuck 70, dressed entirely in white tones, is largely the most imposing while the sleeker (though not by much) Pro Leather quiets down in its blacked out color scheme. Marking the first reworking of the model at the hands of any designer, the latter silhouette sees to rubberized soles, the classic Chevron logo, and gusseted tongues. The Chuck 70, however, is in closer homage with soles heightened by more than double and markings at the eye stay denoting how to wear. “AMBUSH” prints on both at their heel — in contrasting type of black or yellow  — with the size also emblazoned in bold face just above.

Grab a detailed look at both pairs right here, and if you’re looking to grab a set, they’ll be releasing at Converse.com as well as select retailers like Luisa Via Roma on October 19th. 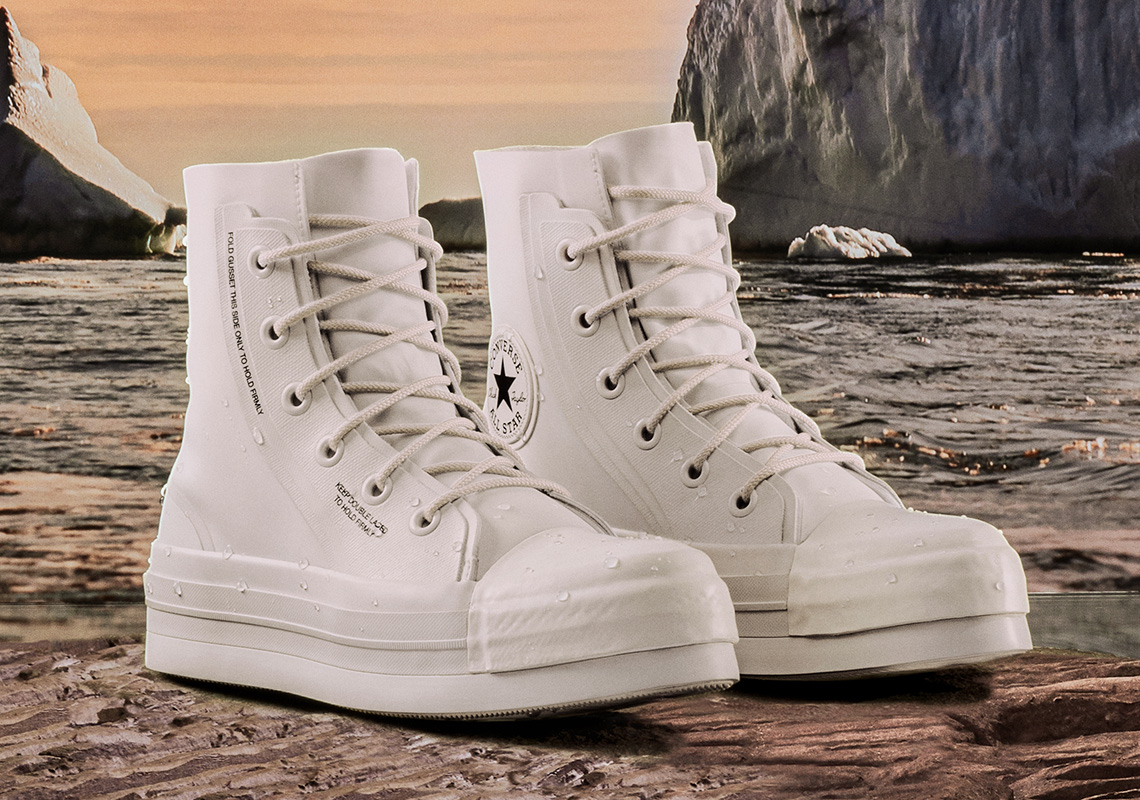 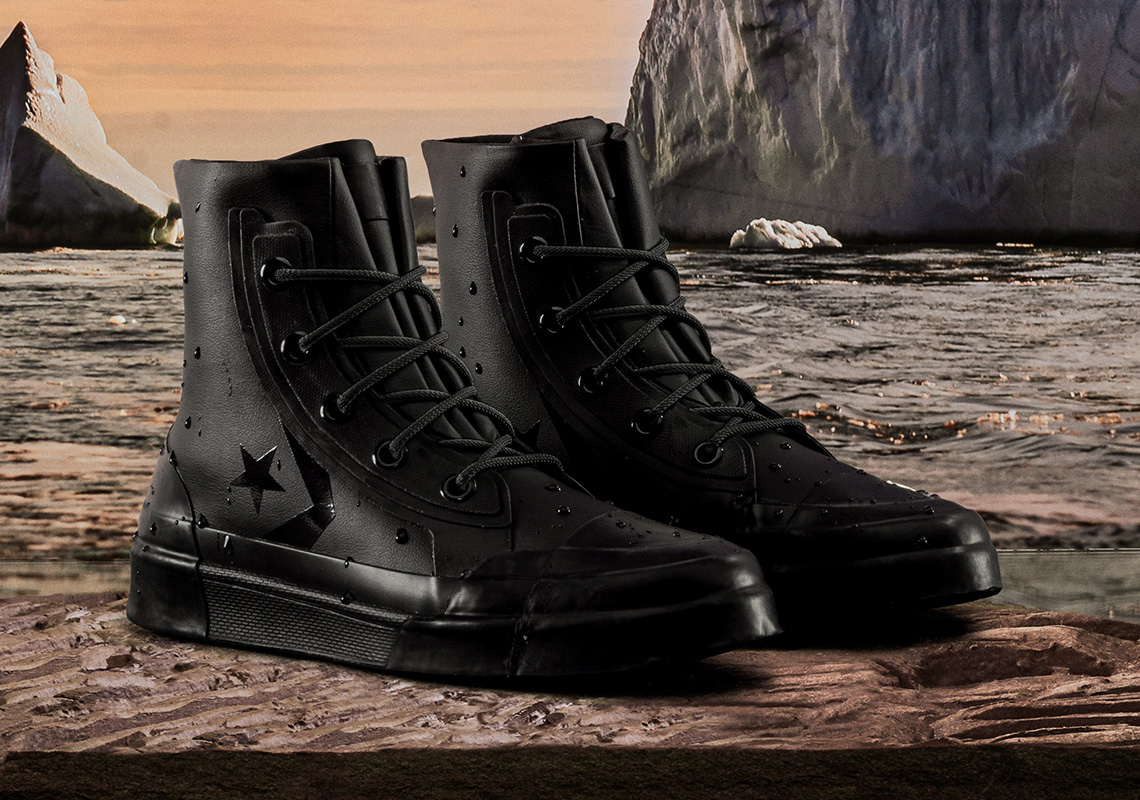 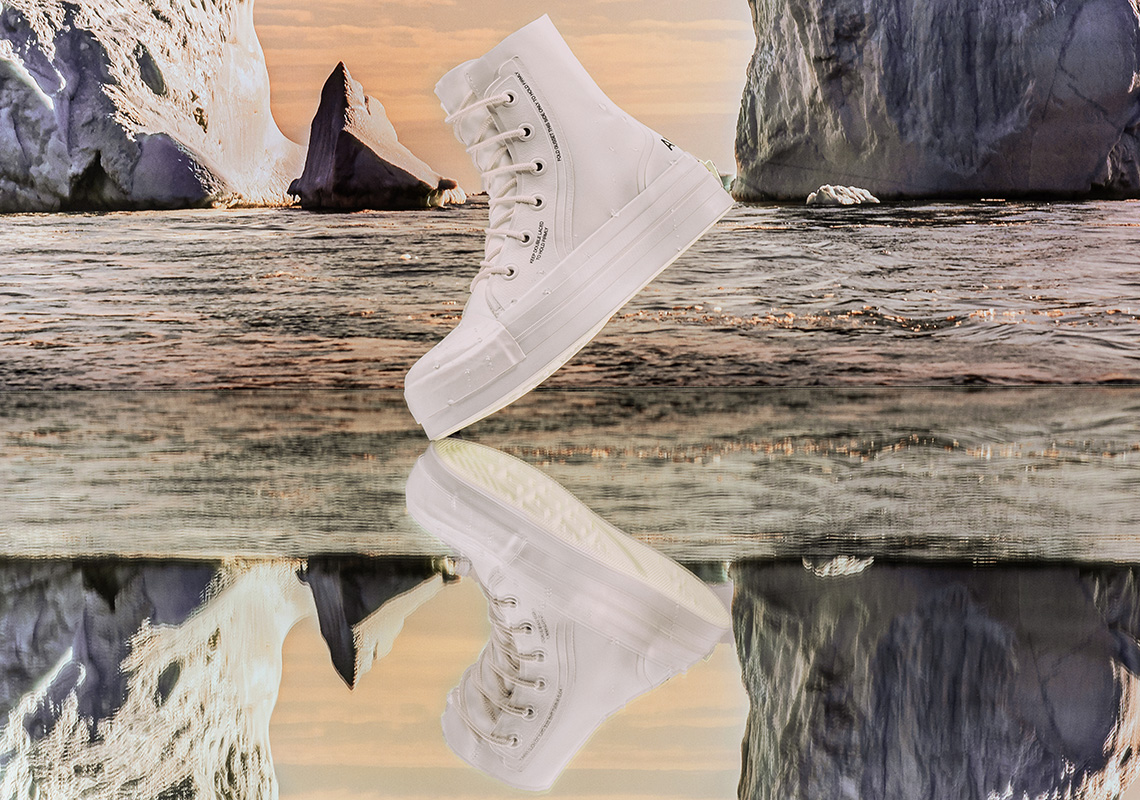 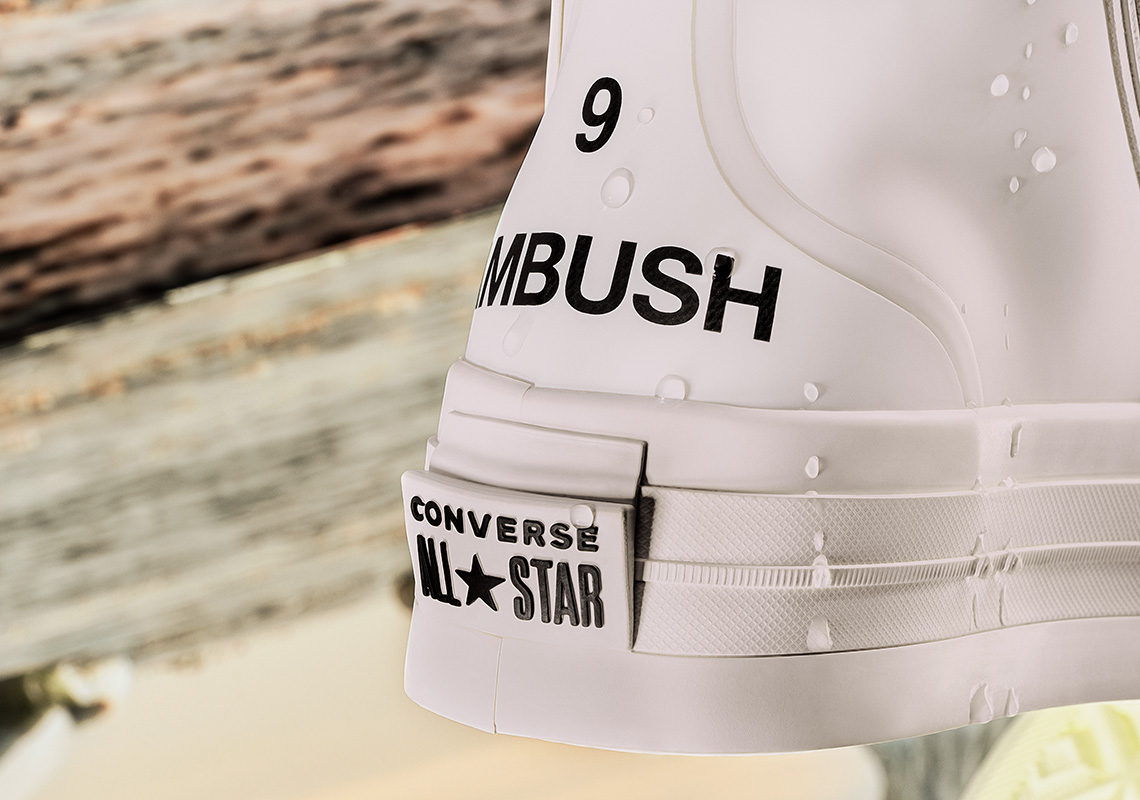 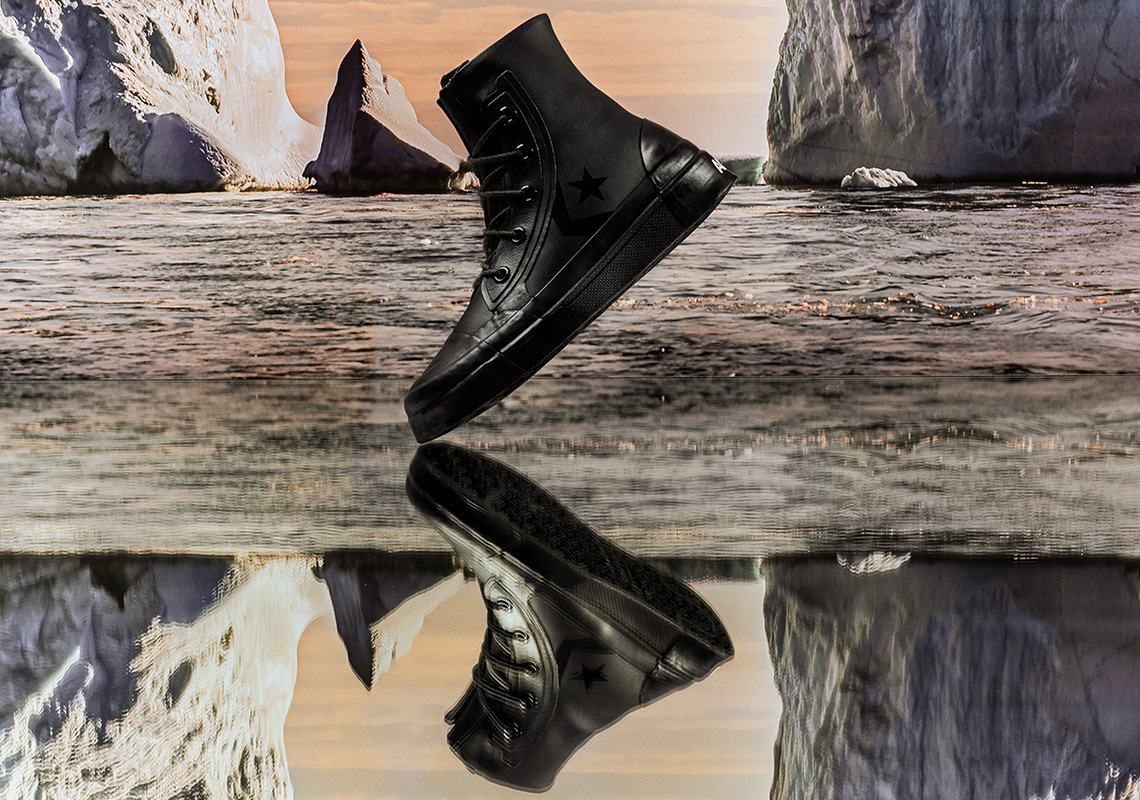 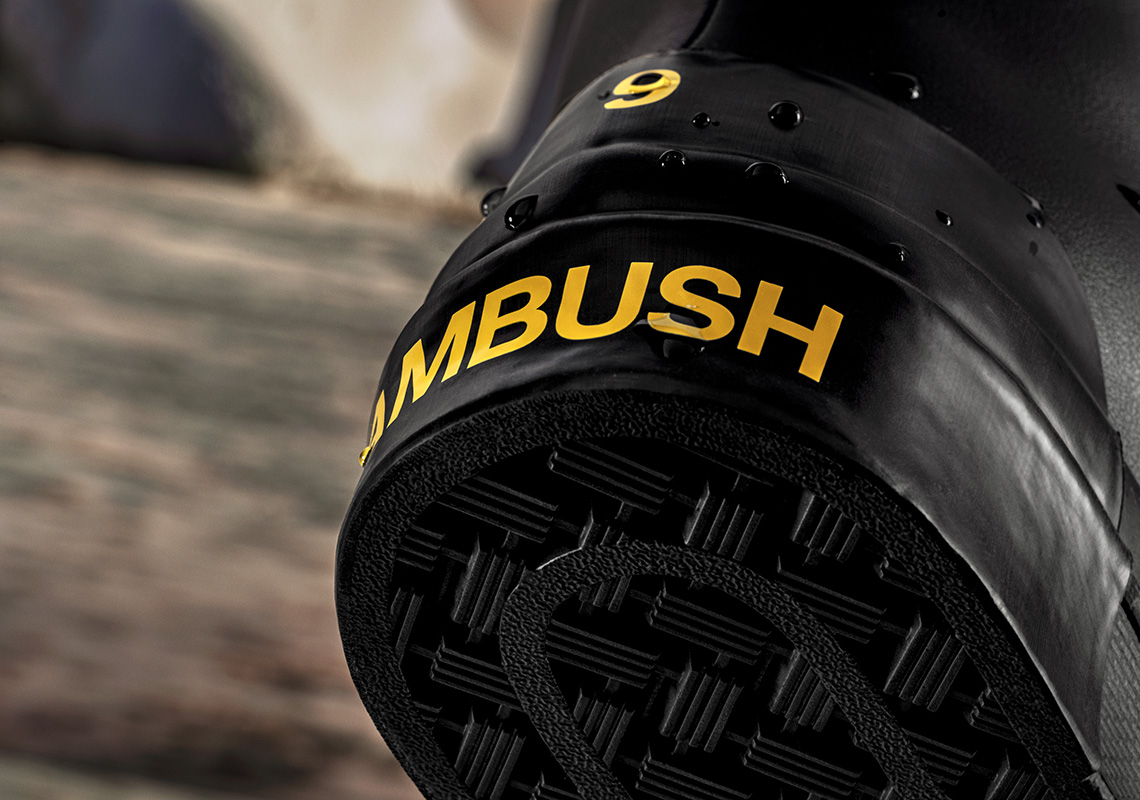