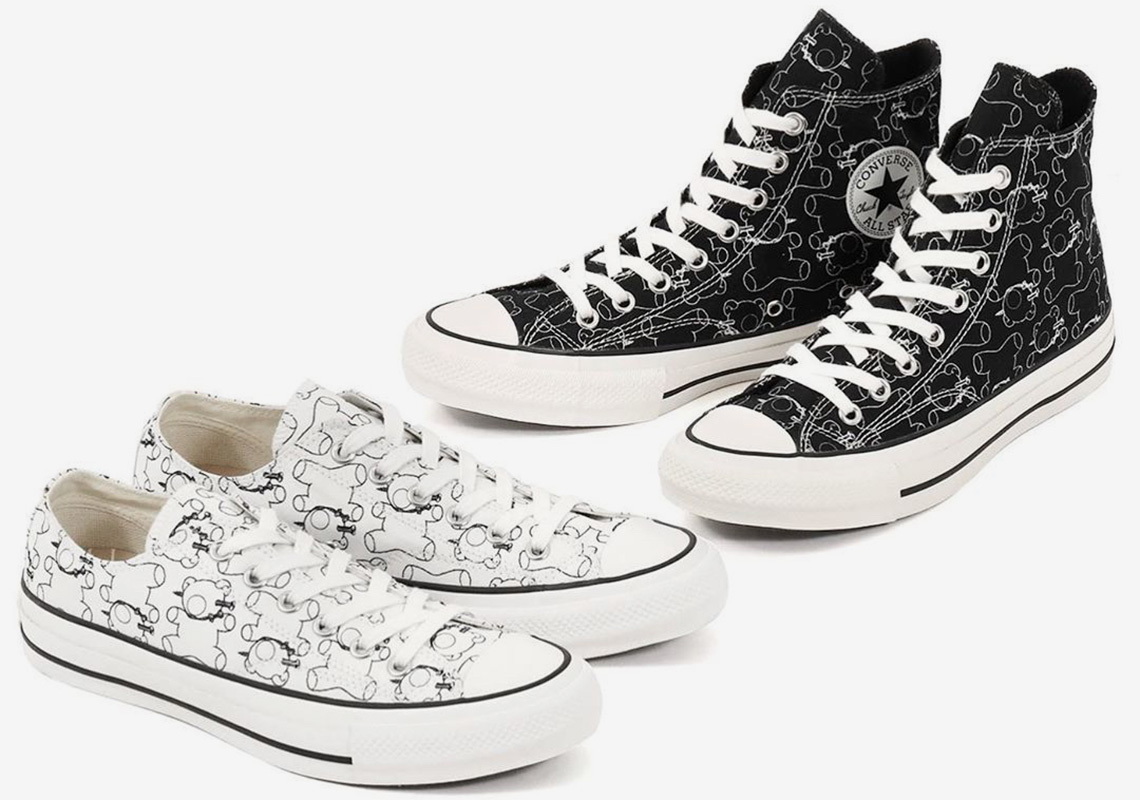 Already well acquainted with the silhouette thanks to his many collaborations under the Nike umbrella, Jun Takahashi and his wild imagination stay much closer to home this time around as he partners with Japan’s very own Converse Addict, an exclusive line of premium upgrades that some consider to be the pinnacle of the brand itself. Playing around with the same motifs and techniques since the founding of his coveted UNDERCOVER imprint, the designer has more evidently displayed a fondness for his teddy bear graphic complete with a screw in its head. A small nod to his own interest in doll making, the two modified Chuck Taylors are not too indifferent from his footwear creations prior as they somewhat mirror the imprint’s own middle finger wearing creations in the same general likeness: maximally printed with this playful character, both a high top and low top variation — the latter dressed in white and the former in black — is emblazoned by contrast print and little else. Tongues extend just a bit passed the ankle in height, soles stay ordinary with their standard foxing stripe, and heel tabs add on the overseas outpost’s own special emblem. Grab a detailed look at both right here and find them rolling out to Japan exclusively come October 18th. 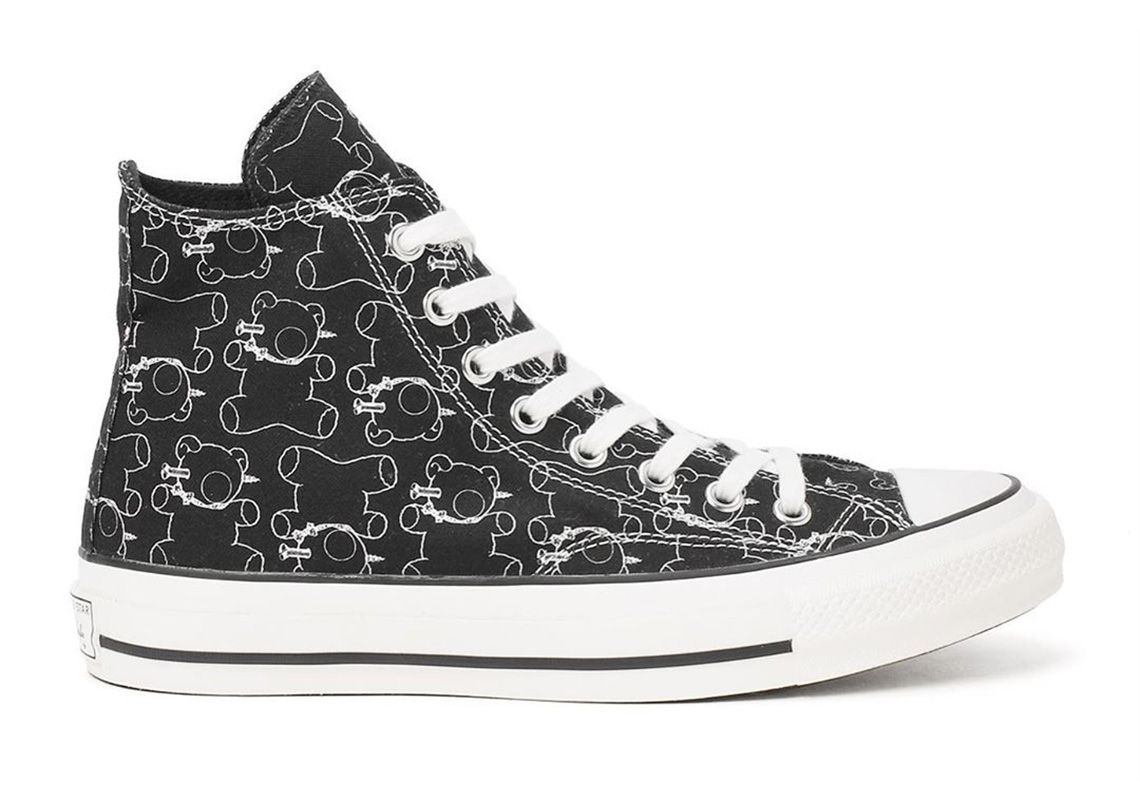 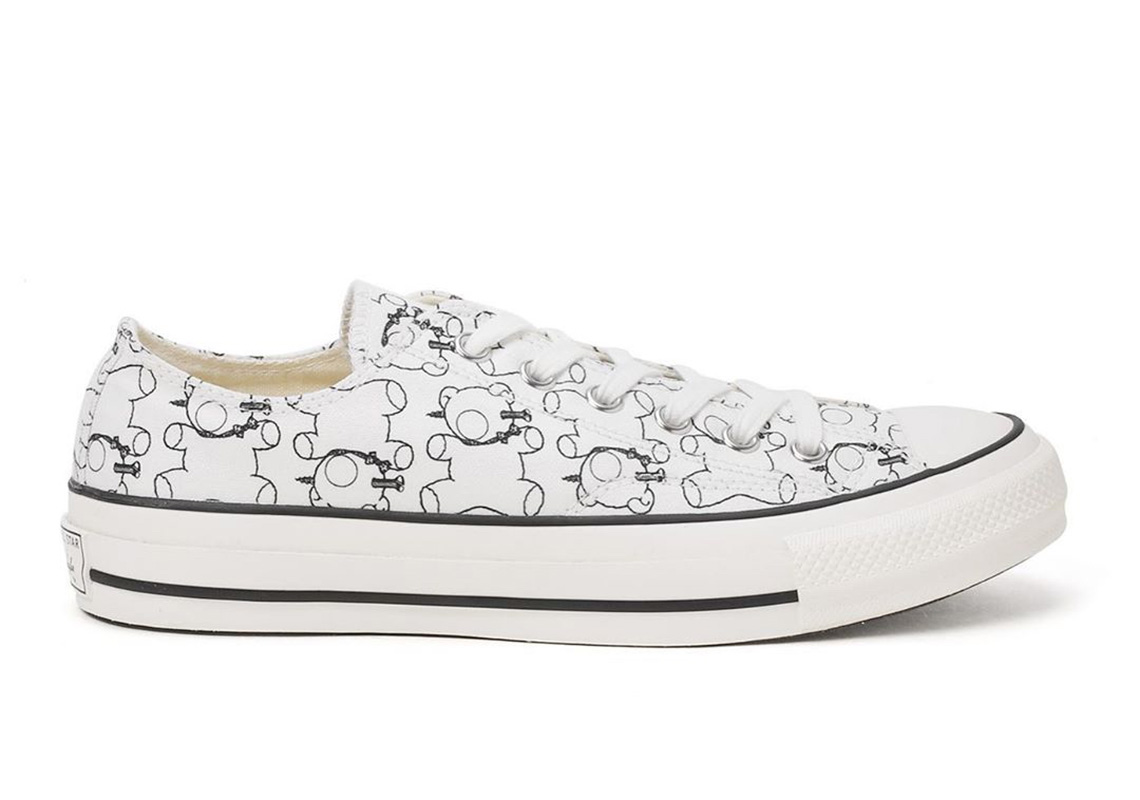