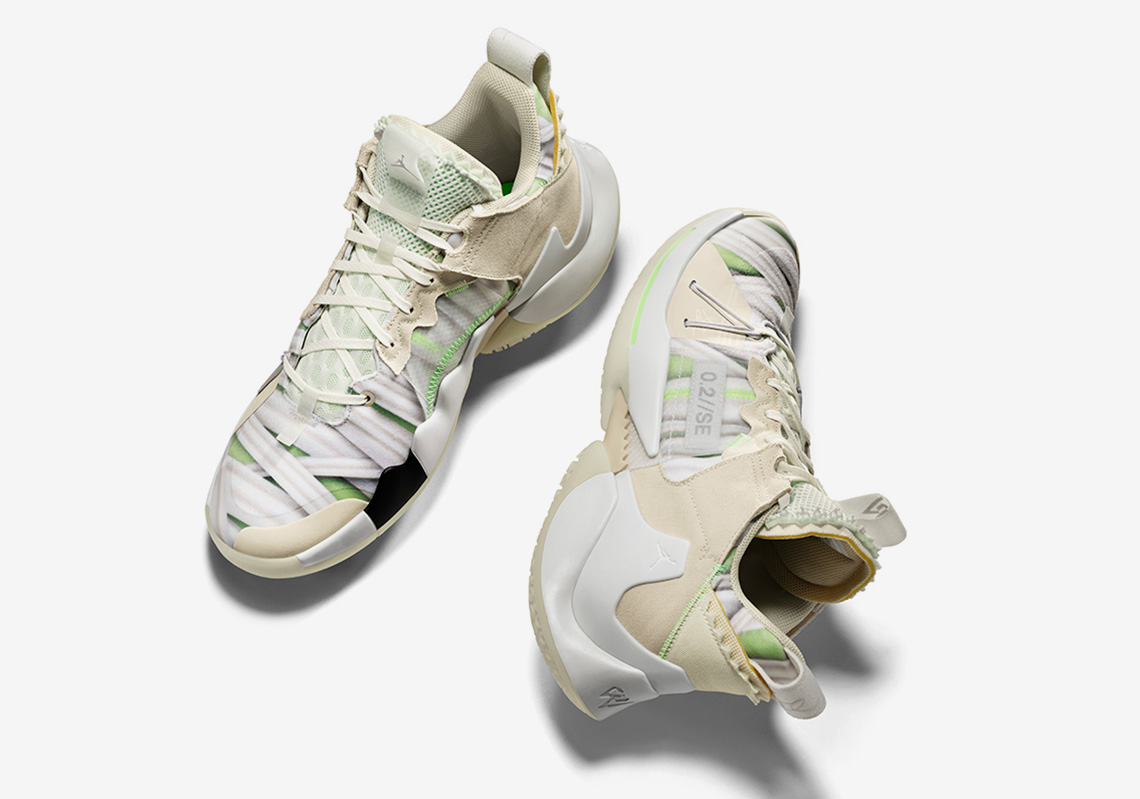 The Jordan Why Not Zer0.2 Gets Into The Halloween Spirit With A “Mummy” PE

With Halloween literally only a day away and many a celebratory creation already revealed, it seems Russell Westbrook wanted in on the party, bringing some costume flair with his forthcoming Jordan Why Not Zer0.2 PE appropriately given its “Mummy” nickname. One part of what is to be a long-running series of specialities inspired by the player’s childhood and pop culture influence, the pair is loud with spooky prints tacked onto its upper alongside bright tones in perfect nod to its muse of choice. The ancient Egyptian horror show sees most of its representation through a tan hue in match of the aged gauze that wraps from part to part with white accents doing the same sans any particular distressing. Along the base layer lies a similarly festive print, bearing overt imagery of the bandages itself that shroud a bright neon green in match of the contrast foxing stripes, mesh tongue, and contrast stitching. Take a detailed look at the pair just right below and expect to see it rolling out to select NikePlus members on October 31st. 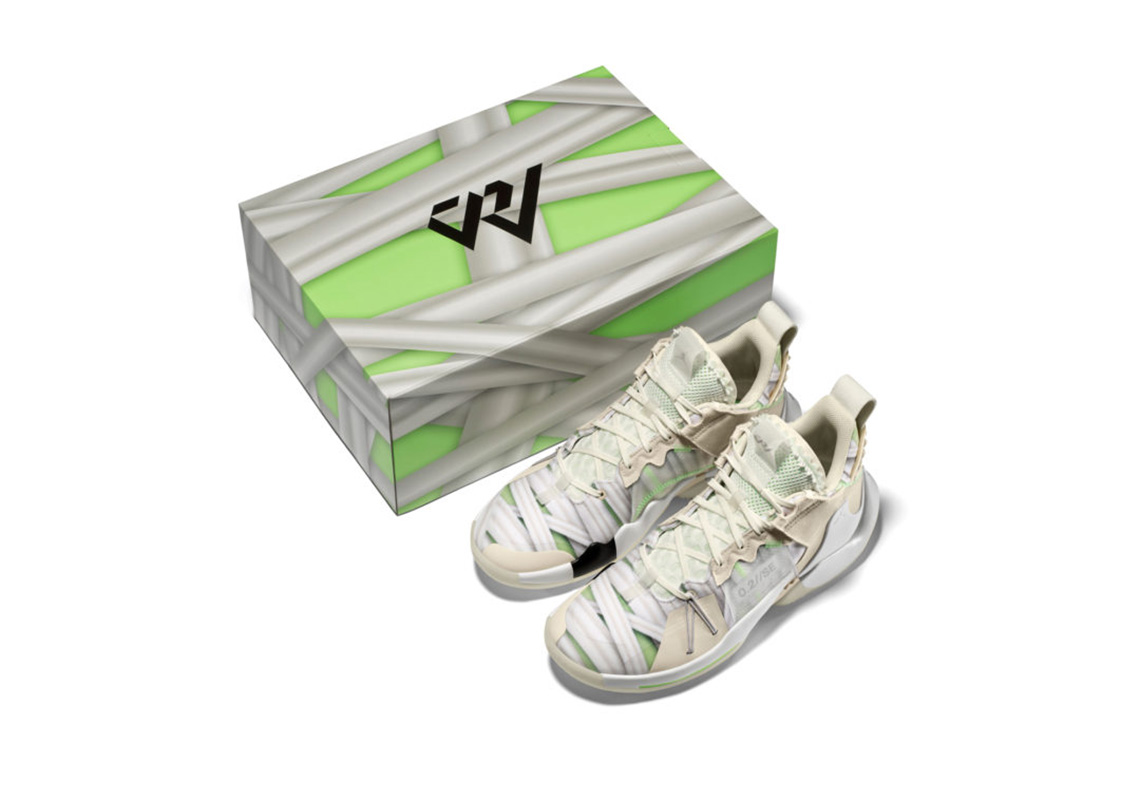 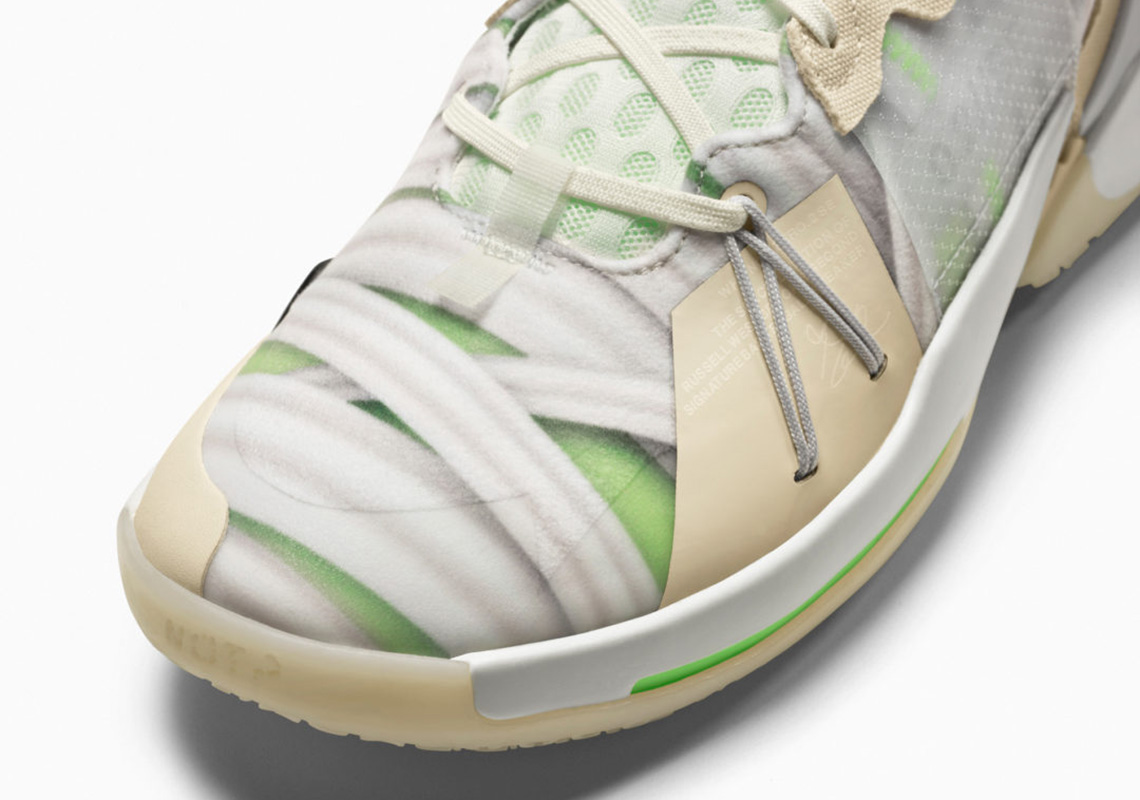 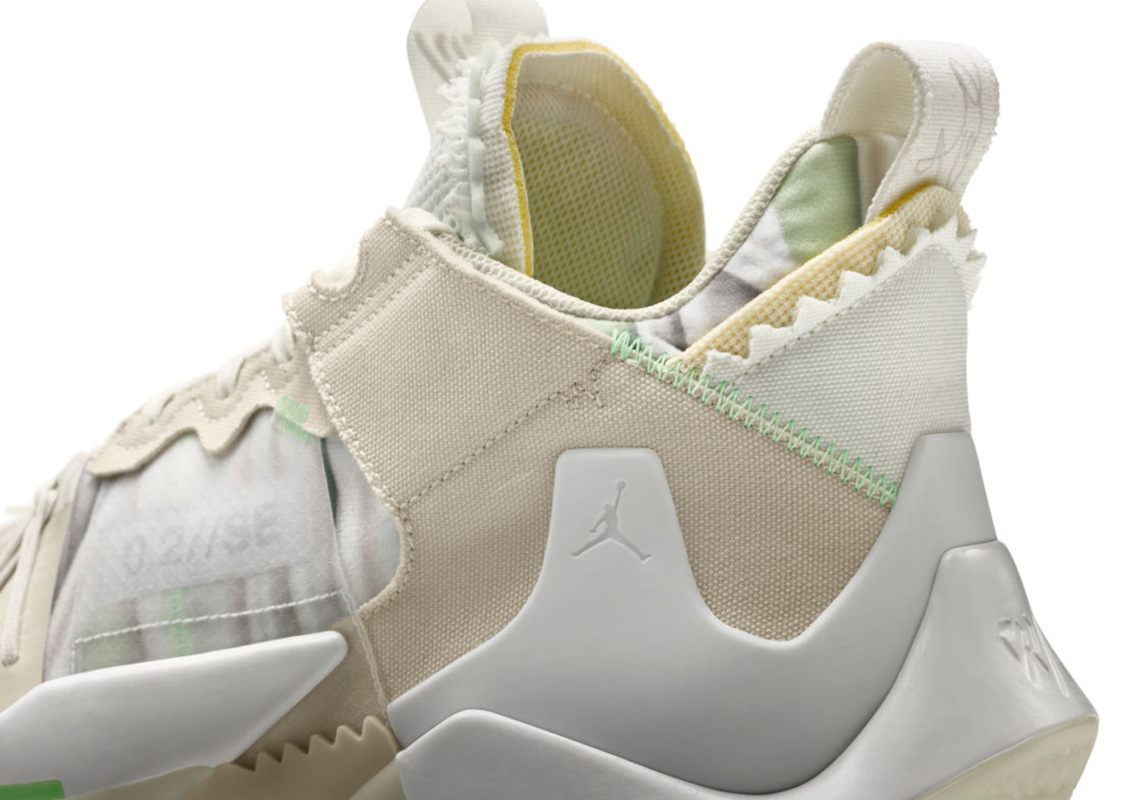