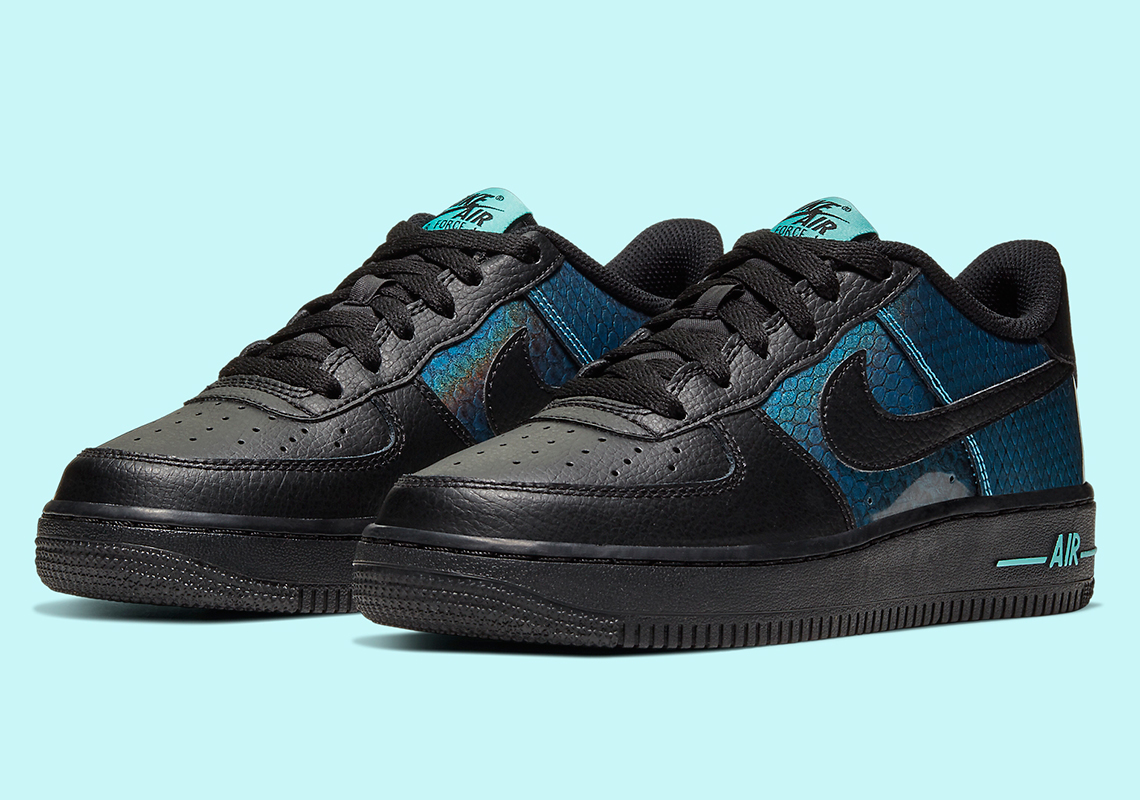 While snakes don’t normally associate with the season of Thanksgiving, Nike has been having fun with the reptilian pattern as Beaverton has a handful of scaly renditions lined up just ahead of our turkey meals and Black Friday craze. With an adult-sized AF1 and Soulland FRI.day 03 Blazer already lined up, the Swoosh is bringing the kids in to join on the fun with a brand new Air Force 1 Low to release next week. Departing from the more seasonally appropriate tones of beige and browns used on the previously mentioned models, this upcoming iteration is equipped with a stark black base layer and accents its mid-foot/rear panels with oily snakeskins applied in vibrant blues that feature a tiny doses of iridescent hits mixed in. A translucent film layer wraps the aforementioned patterns, and is further contrasted via aqua teal Nike branding found throughout. Grab a closer look here below, and find these kids-exclusives rolling out to select Nike retailers on November 26th for $90 USD. 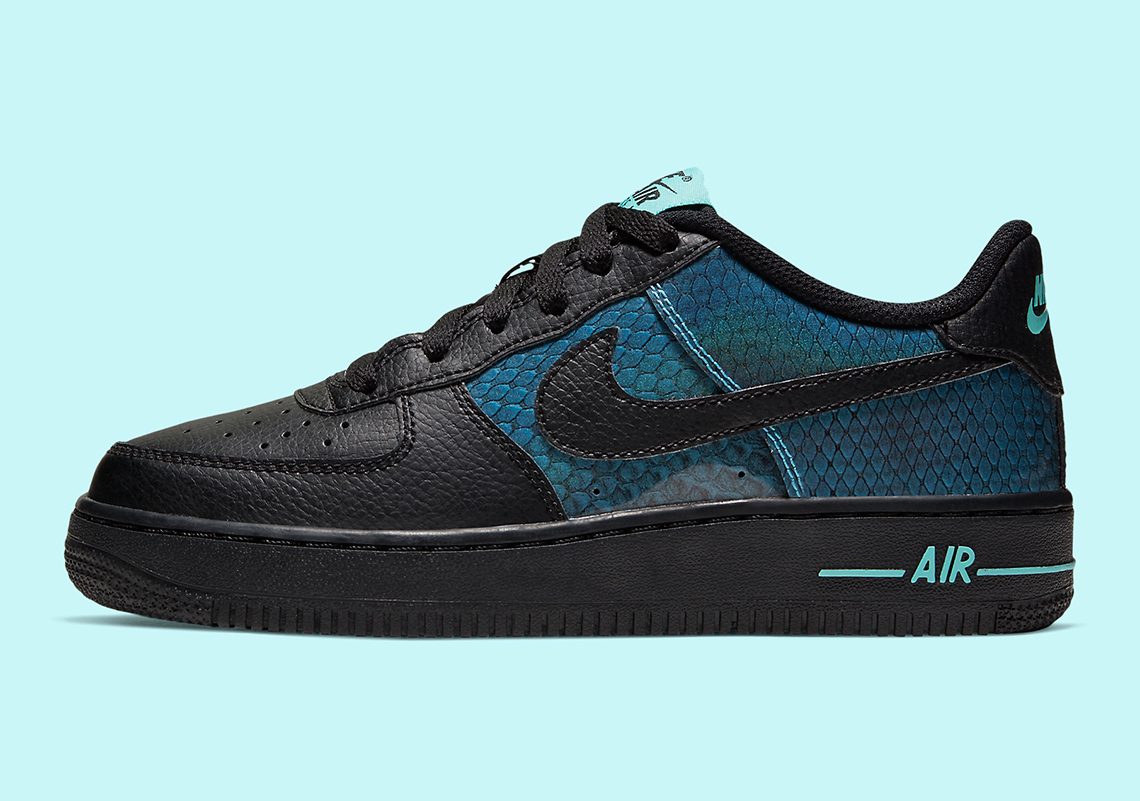 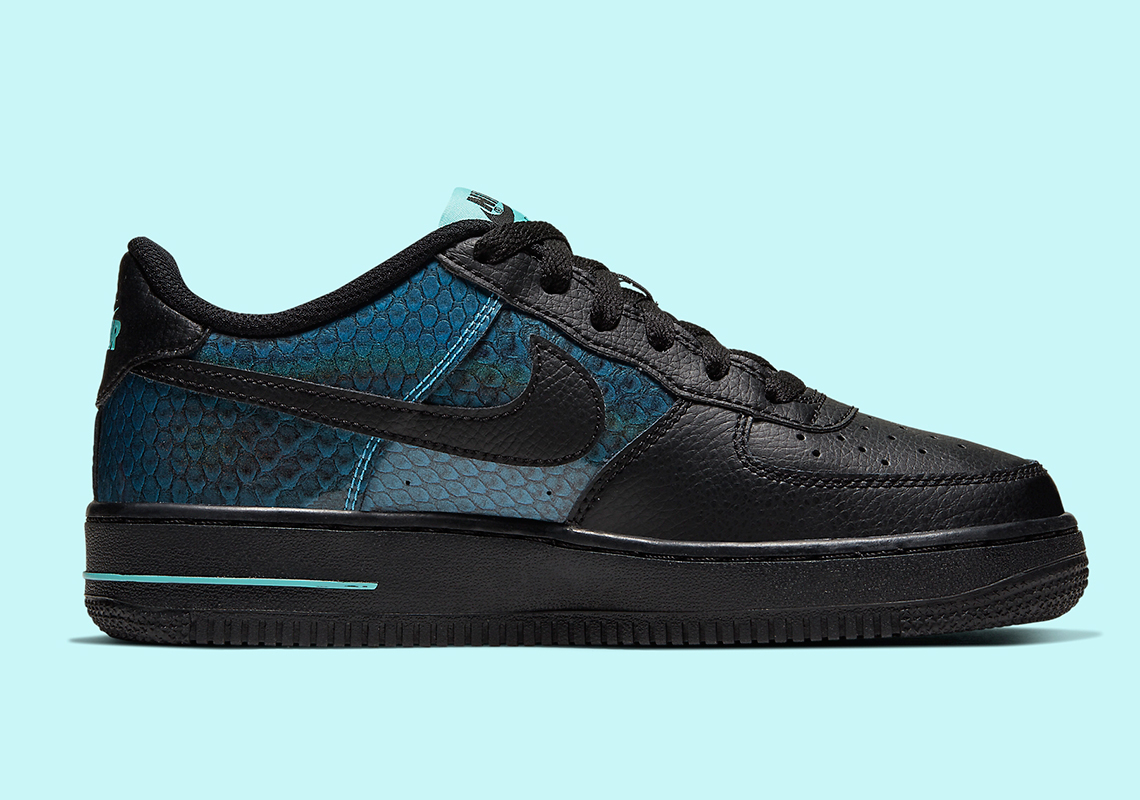 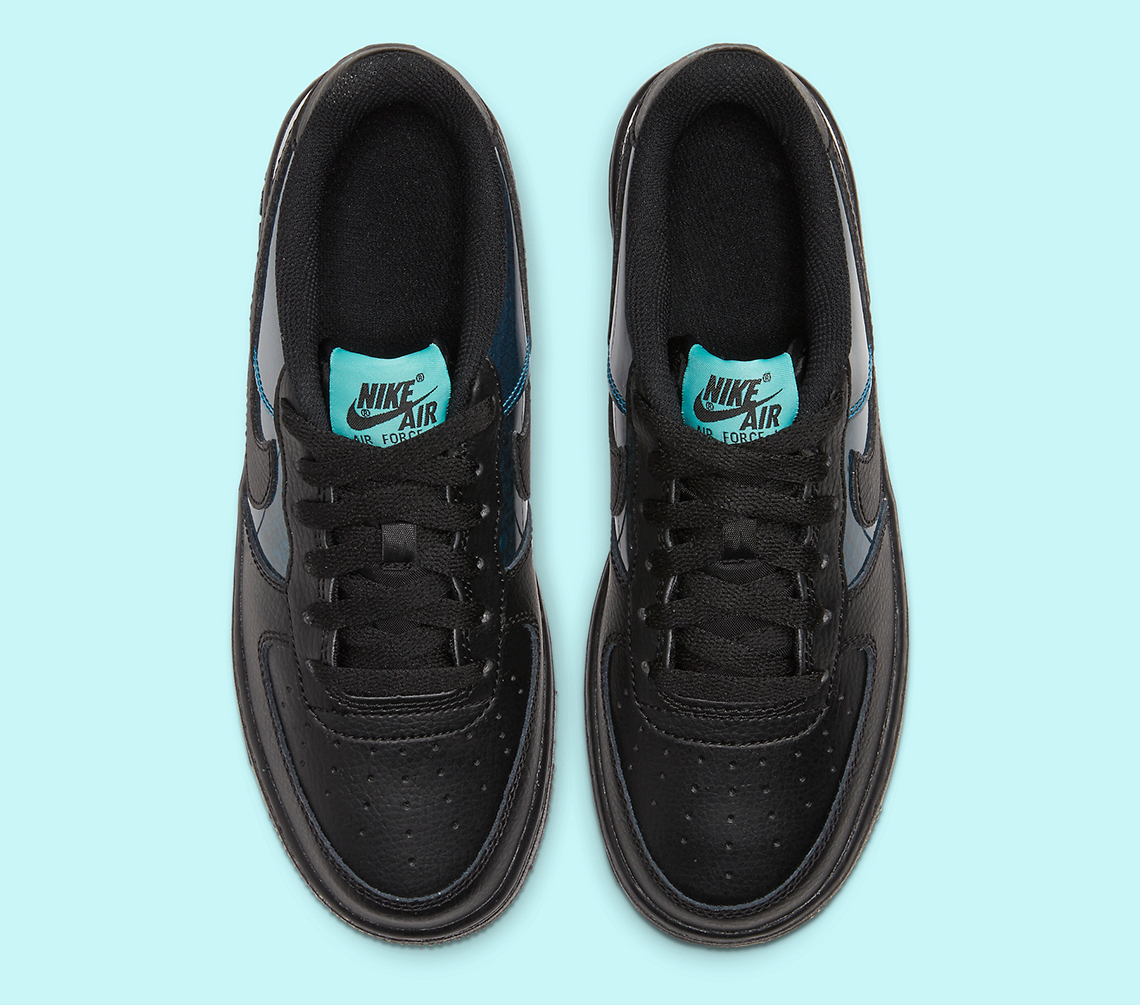 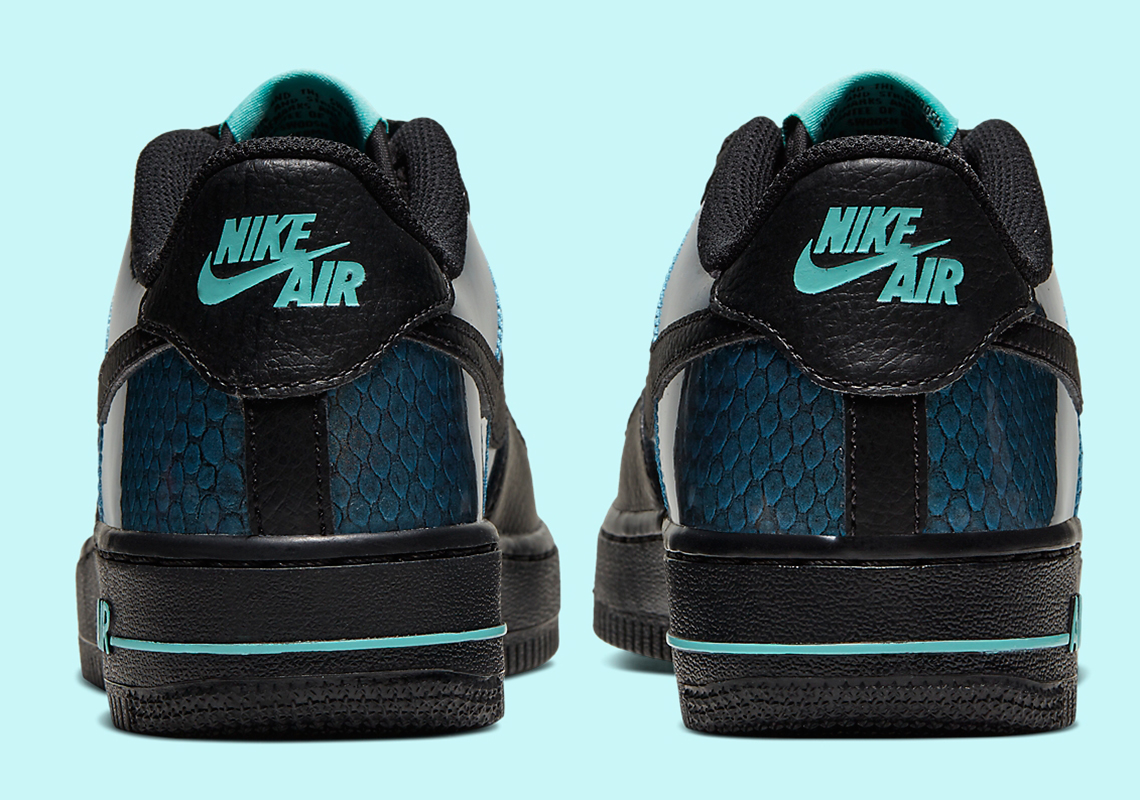 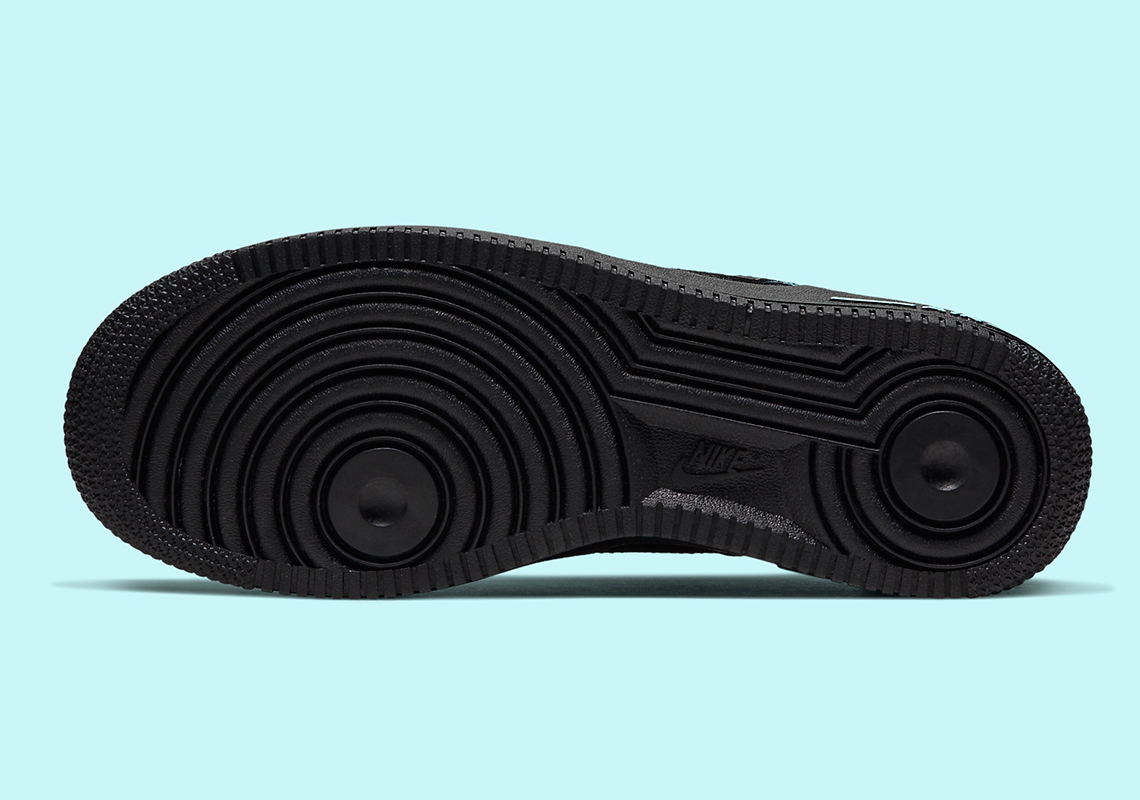