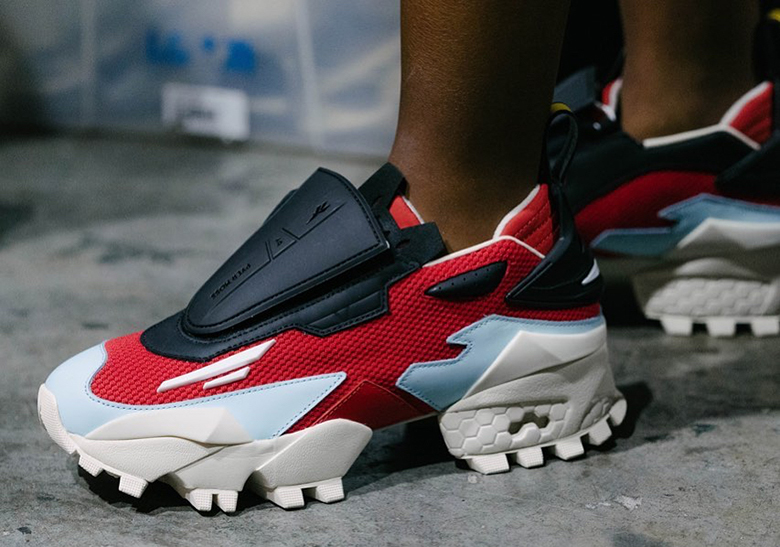 After receiving overwhelming reception for their most recent endeavor with Reebok, Pyer Moss is set to unveil yet another colorway of their Experiment 4 Trail Fury in just weeks time. The first, which saw to pink accents and bright neons, sold out rather quickly in most sizes — quite the milestone for the label’s vector-marked collaborations — with its second poised to do the same. Departing quite dramatically from its predecessor, however, the scheme, which is dubbed “Glory,” rings in sultry tones in what is effectively a much brighter iteration: reds take the driver seat as it composes almost 70% of the core palette as it outfits the entire mesh base. Overlaid are soft, sky blues in contrast, one that adds a more balancing note to the cool, warm tone spectrum; elsewhere, overlaid pieces from its heel support to its lace shield are left neutral in dark black, a trait shared by the aggressive sole unit though it more so prefers white instead. Grab a good look at what’s up next right here, and expect to see it hit retailers and Reebok.com on December 7.