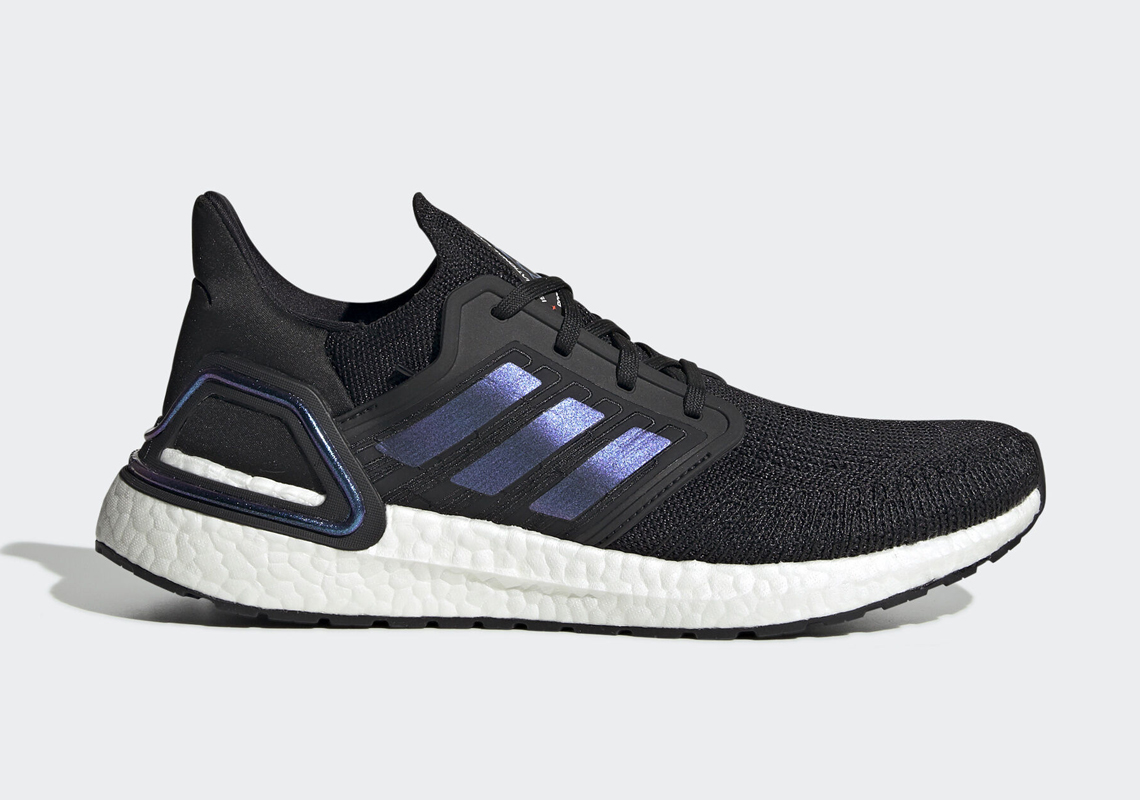 BOOST technology first made its way onto adidas’ footwear arsenal back in 2013 on the Energy Boost runner. Since then, the Three Stripes has injected the game-changing cushioning technology into models across its Originals, Basketball, and Hiking lines. The model that brought the energy-returning outsole into the mainstream zeitgeist, however, is the Ultra Boost, which adidas has once again tweaked for the start of the new decade. First unveiled in partnership with the International Space Station U.S. National Laboratory, the Ultra Boost 20 now sports a violet stripes and a white midsole–a contrast to the recently teased triple-black version. Other updates to the mainstay adidas model include structural enhancements to the Primeknit uppers, heel, and cages. The iridescent violet found on the stripes in this “Core Black” release not only play with the idea of space, but also harken back to the original purple heel cup found on the Ultra Boost 1.0. If you’re looking to add to your ever-growing BOOST collection, or to see what the hype’s all about (where have you been?), keep an eye on adidas.com as the Ultra Boost 20 sees its release later this month. 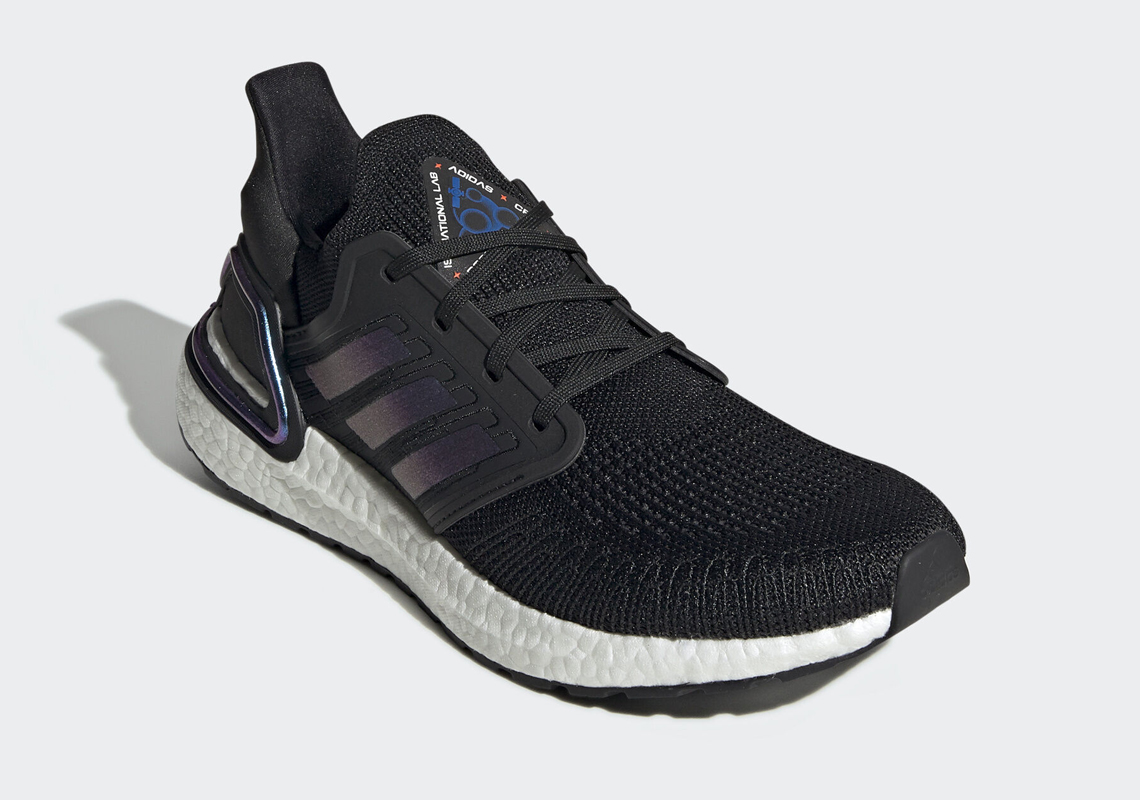 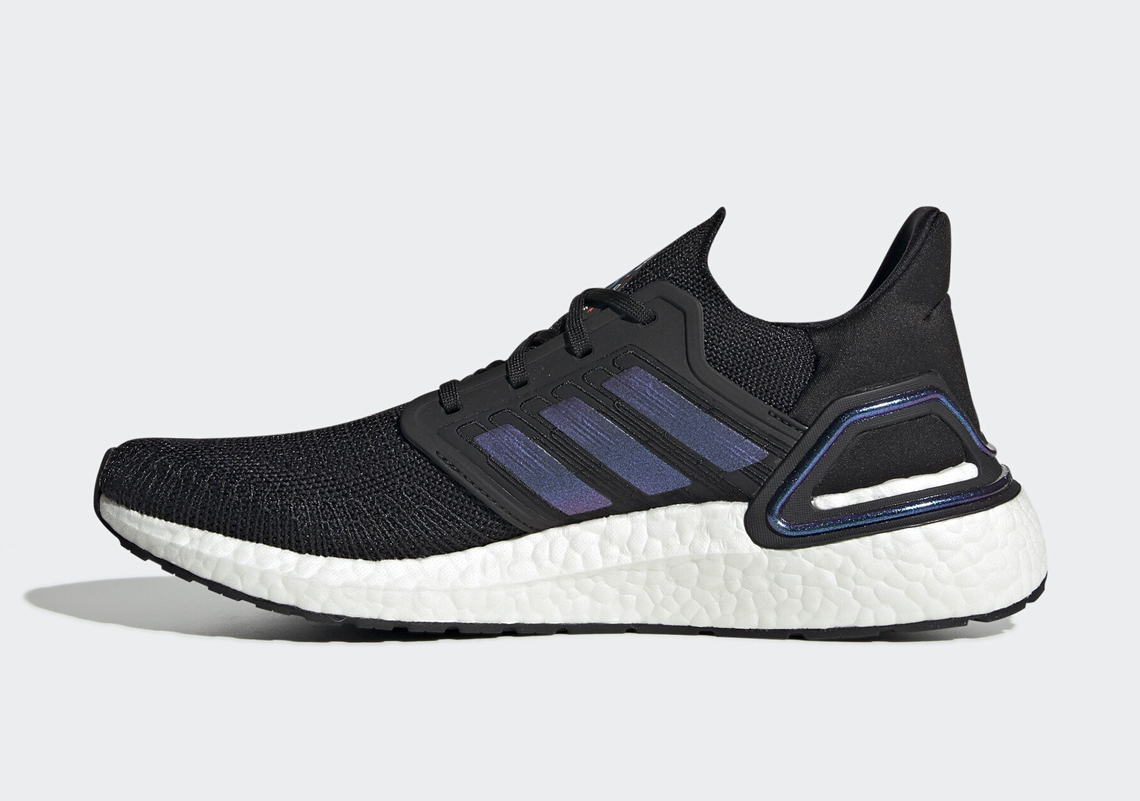 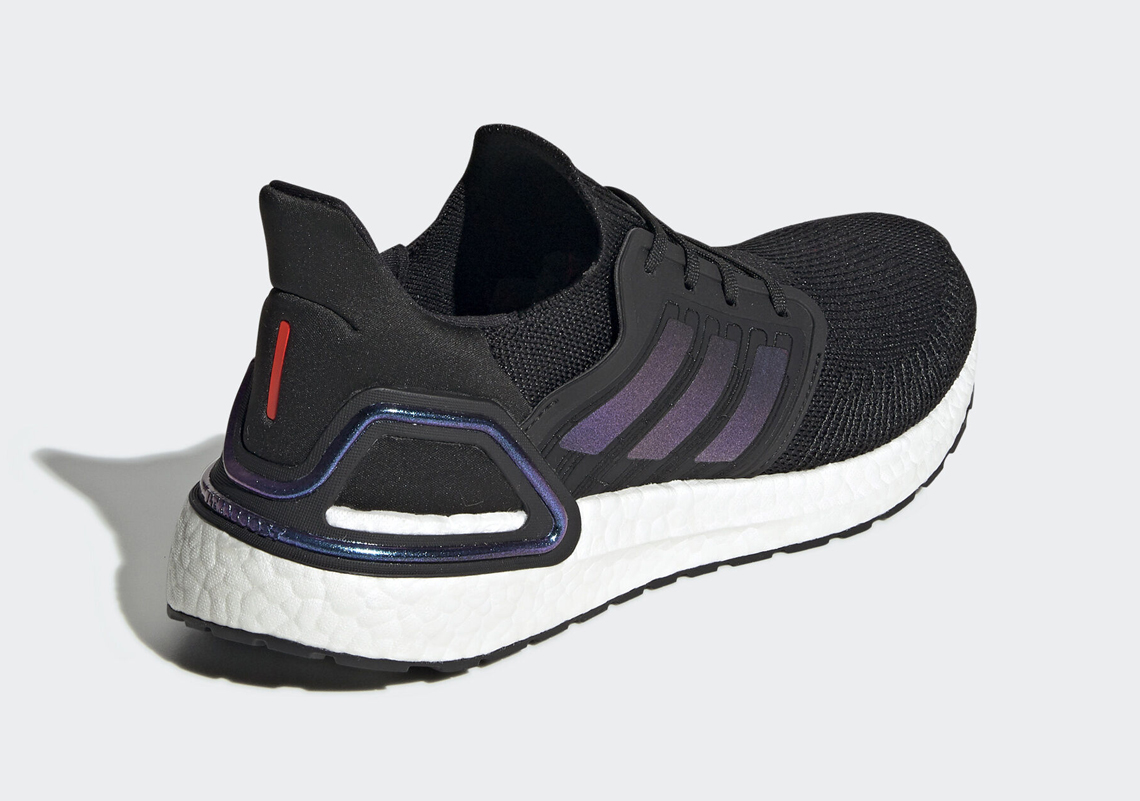 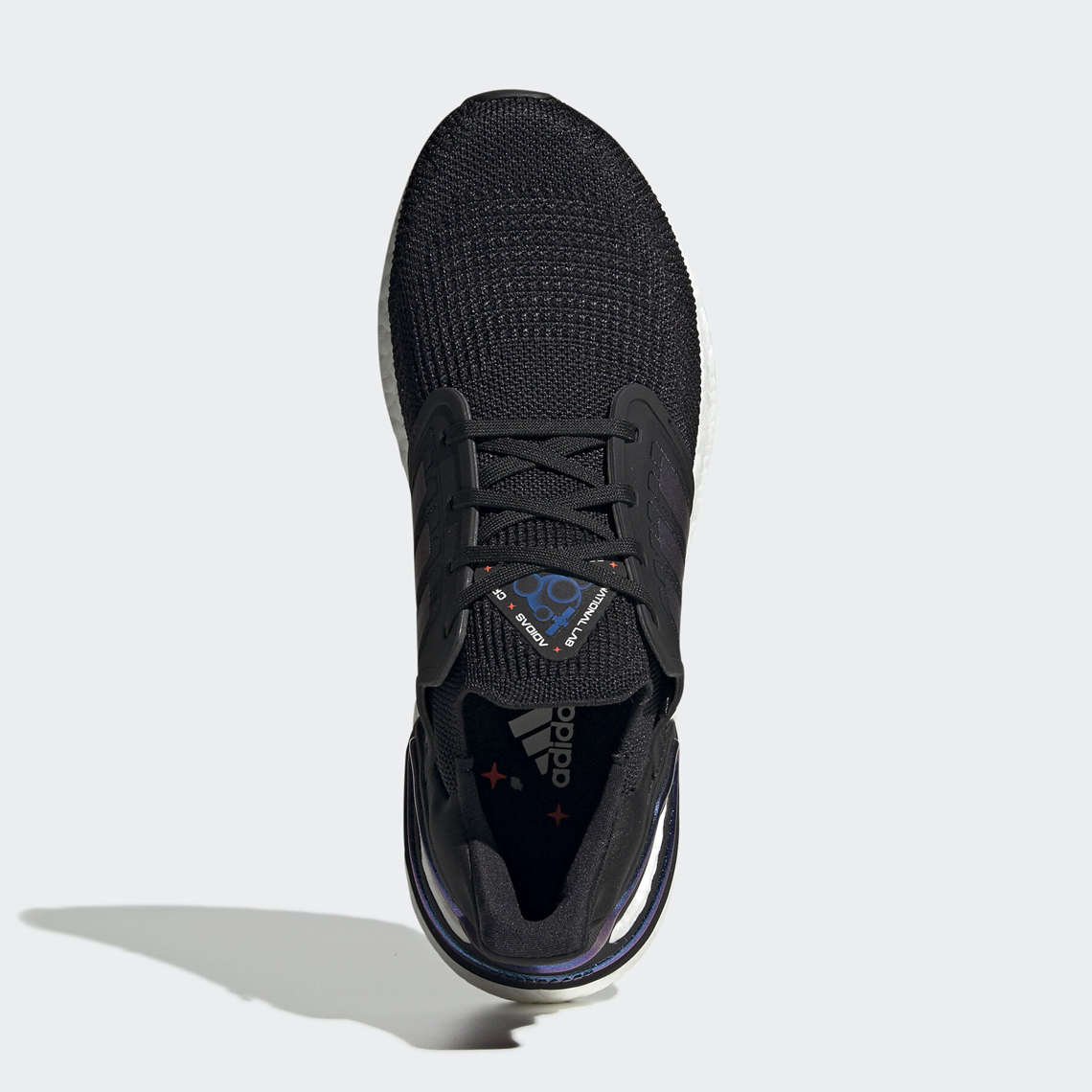 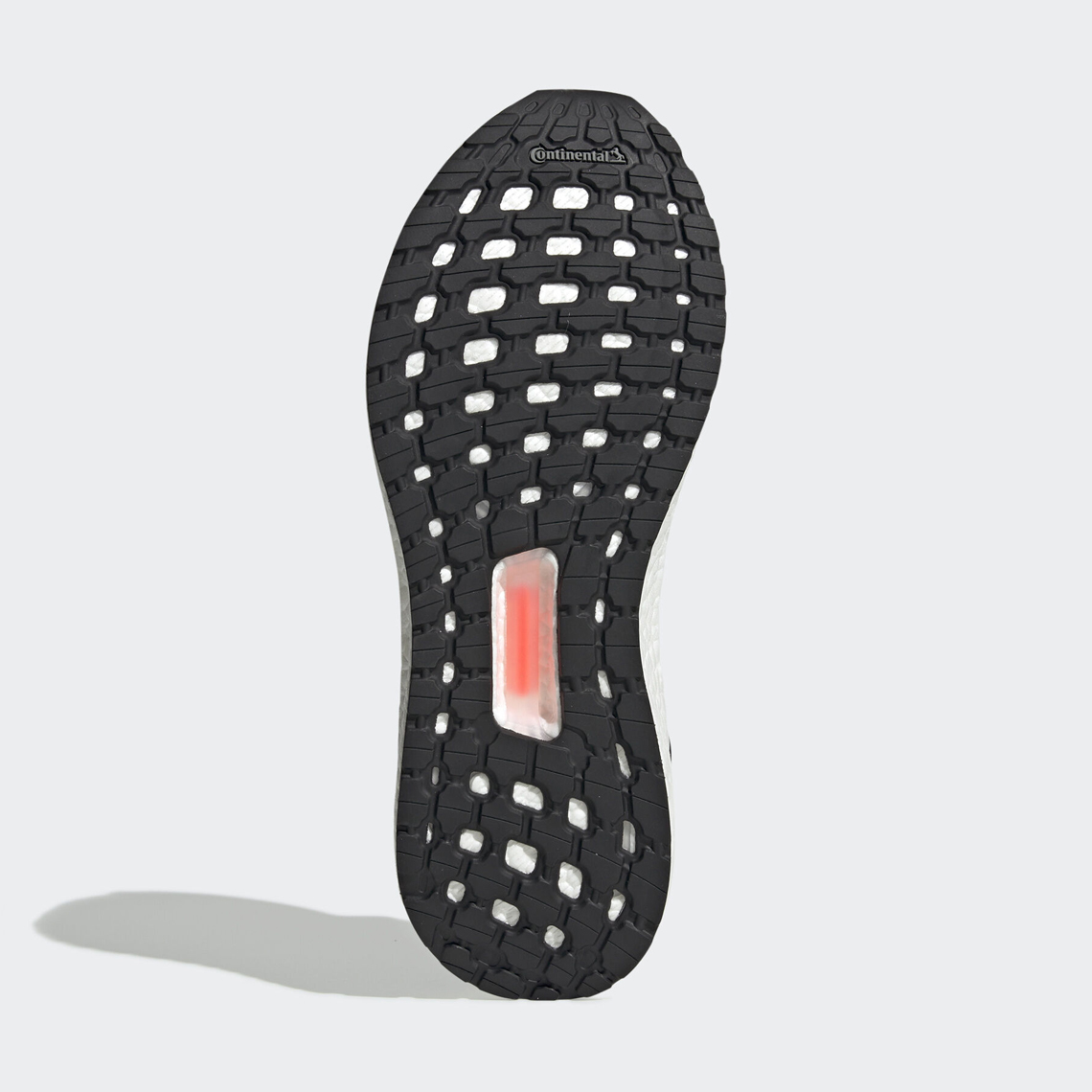