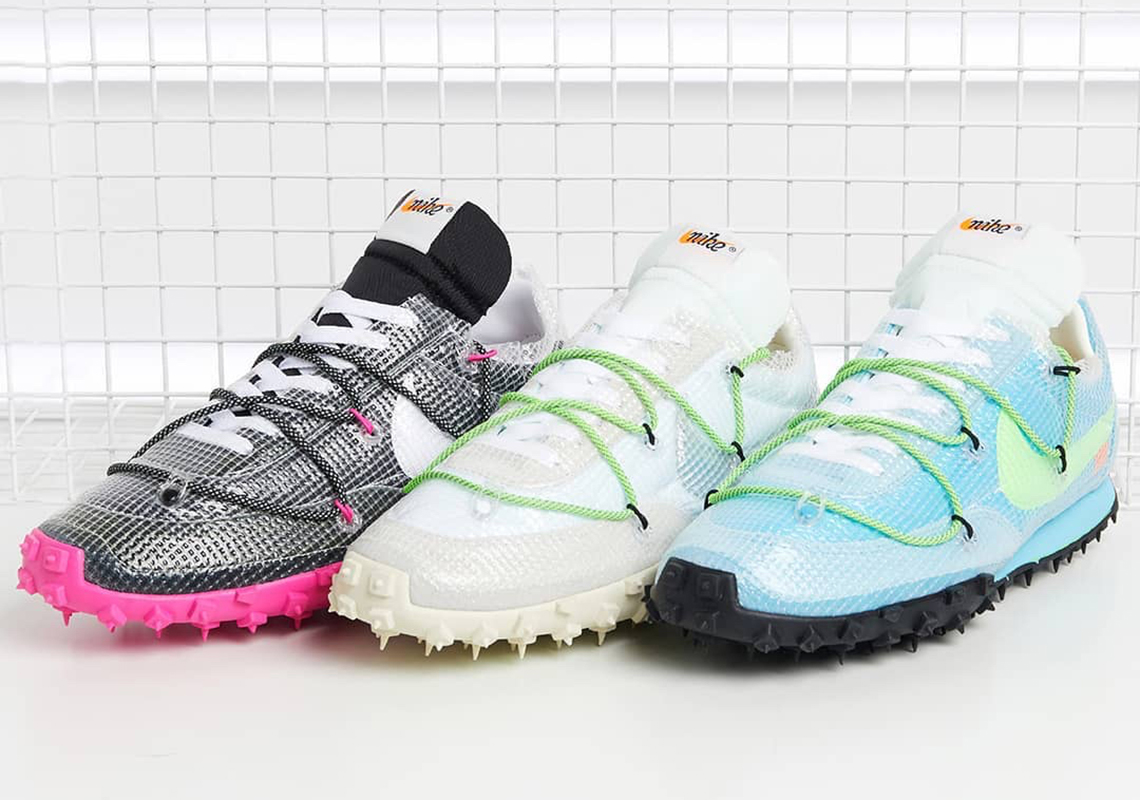 Where To Buy The Off-White x Nike Waffle Racer SP

After showing off his expertise with Nike’s lifestyle models, Virgil Abloh quickly took to female athletics, likely due in part to his collaborative relationship with Serena Williams. Though not built for the tennis courts, his latest — which follows up the Terra Kiger 5 and Vapor Street with close homage — taps into the aggressive aesthetics that have become Off-White‘s signature through a canvas known otherwise as the Waffle Racer SP. Three-parts, the vibrant blue and neutral white and black colorways are not without their deconstructed touch: doubled lace units, one more bungee in its elasticity and form and the other more standard, a translucent film, and an imposing outsole of track spikes are all fully represented. The trio does in fact feature the model’s usual accents underneath, with somewhat oversized swooshes, nylon tongues, and typical panelling, though its suede and synthetic upper are then adorned with neon detailing, metallic textures, and the large-scale text right along the medial. Grab a good look at all of the above right here, and if you want a pair, keep it locked on the store list below as they drop on December 12th. 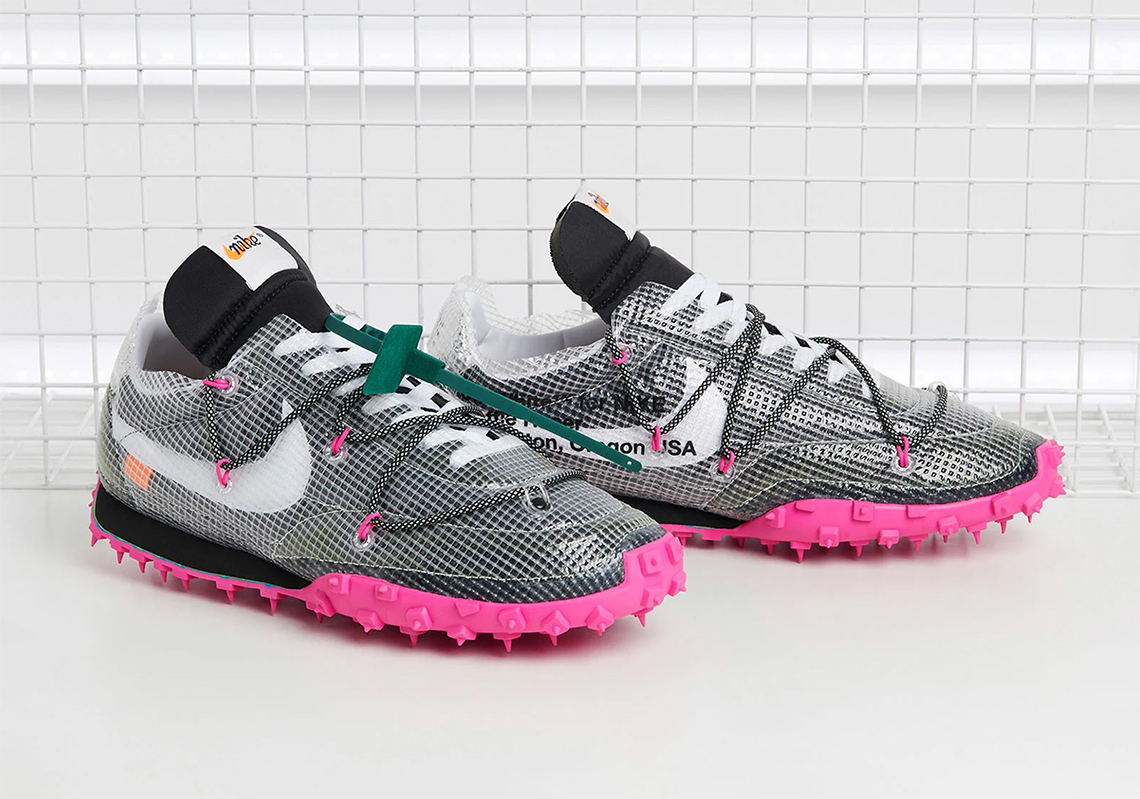 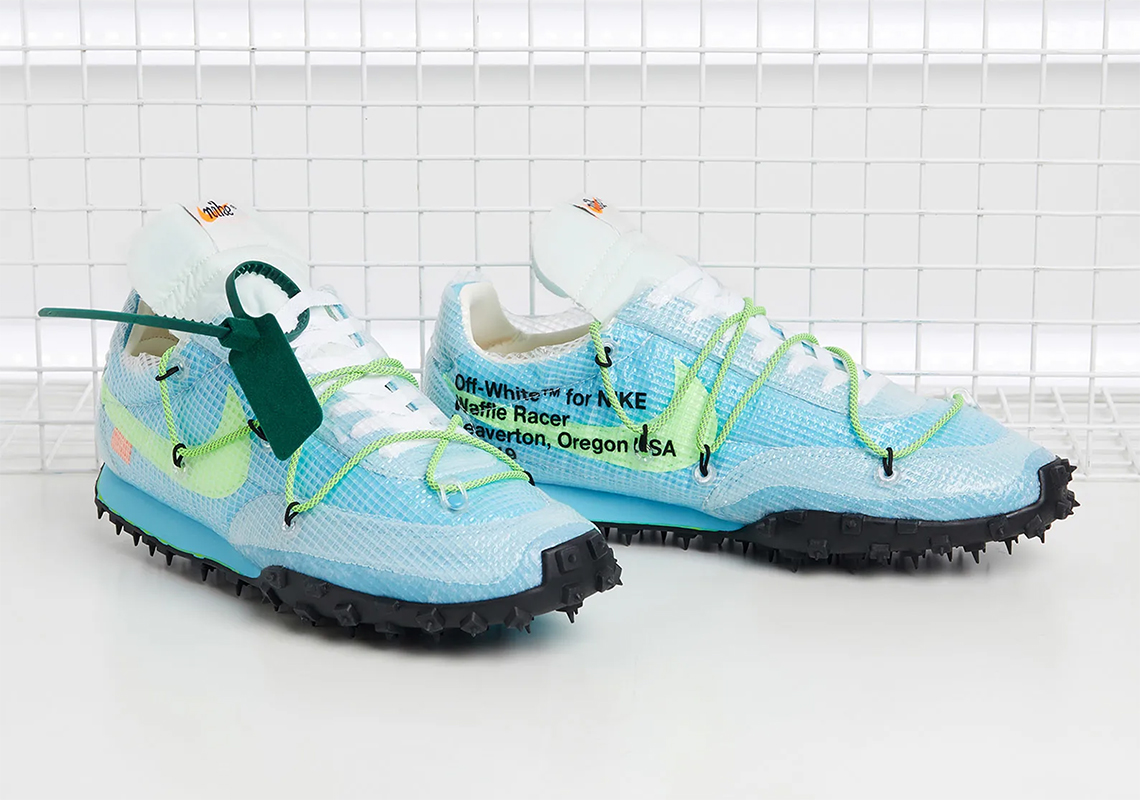 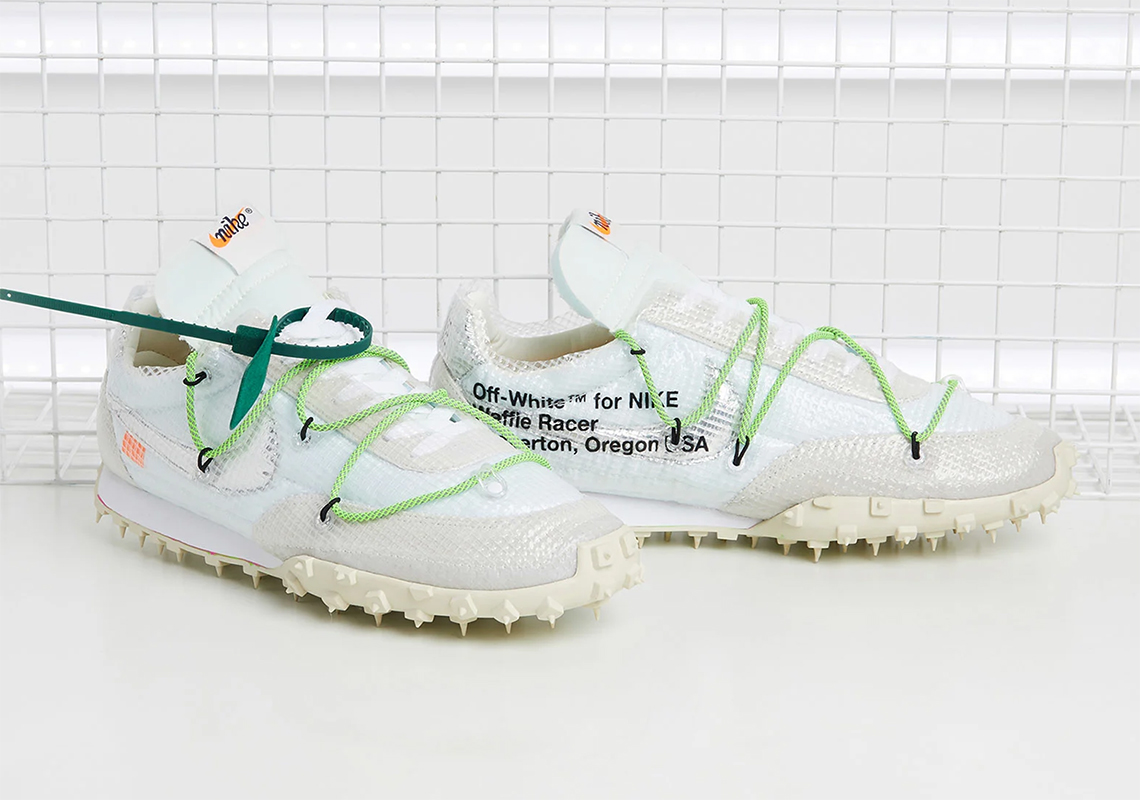 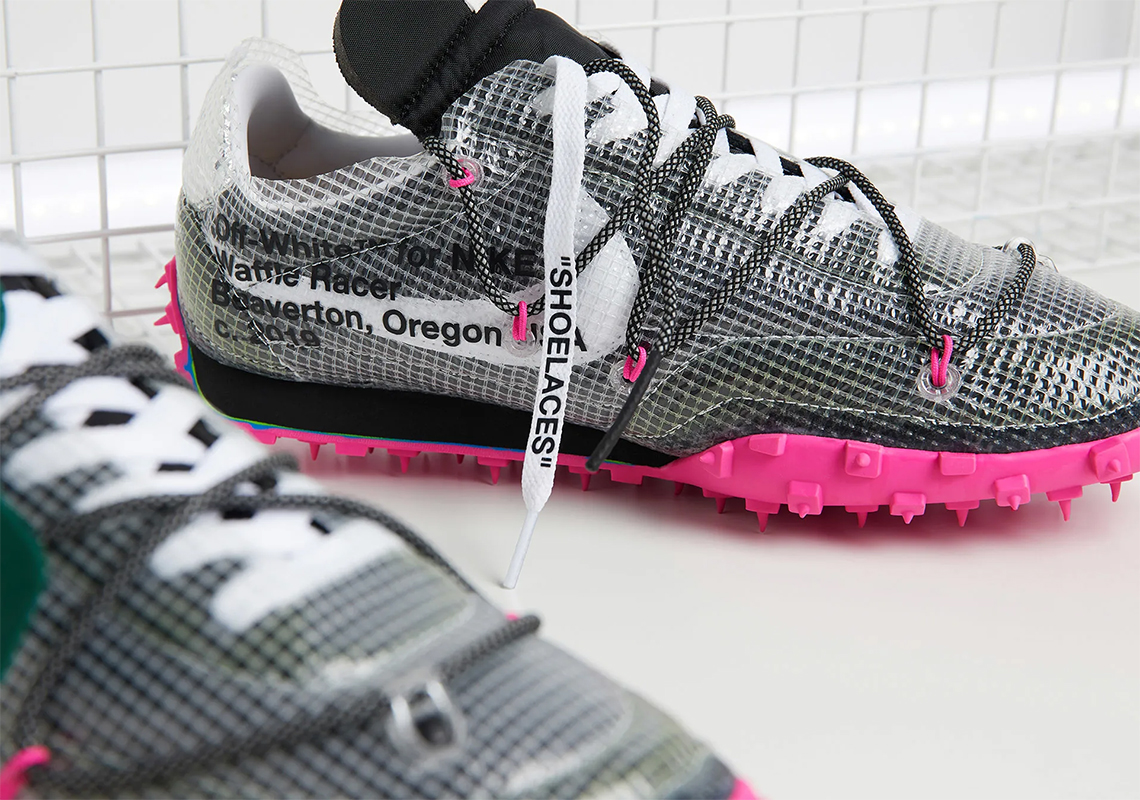 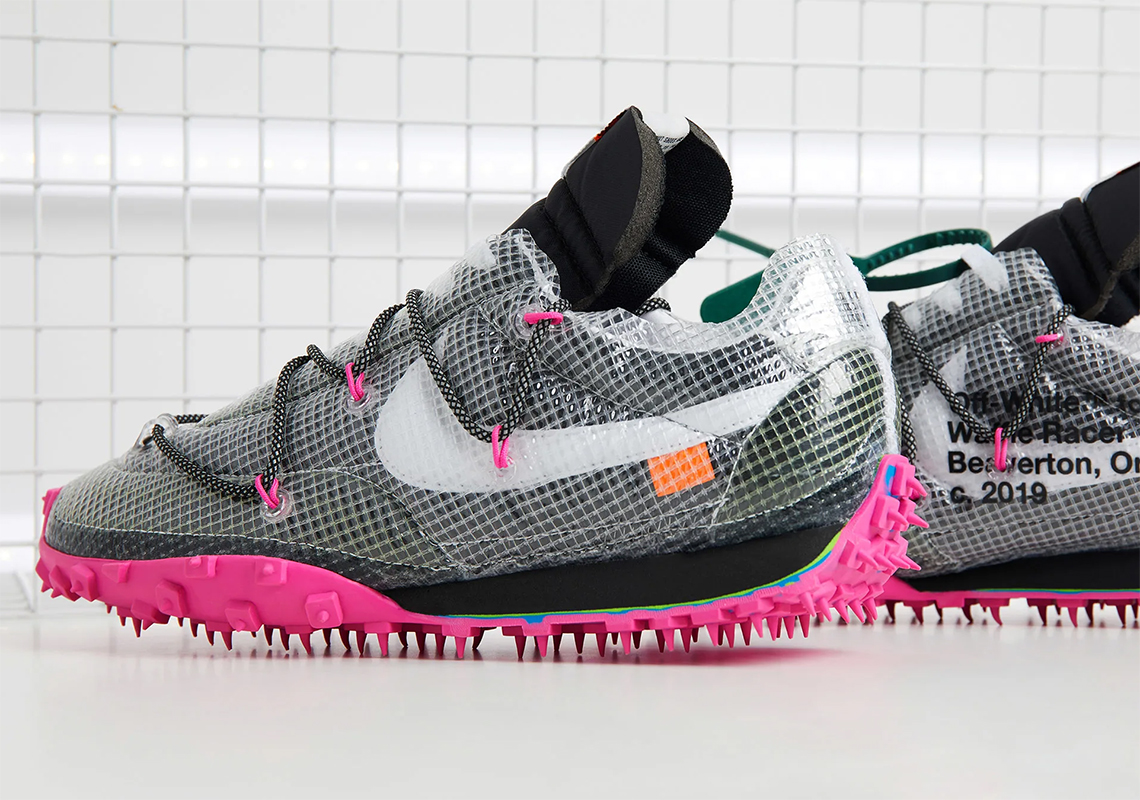 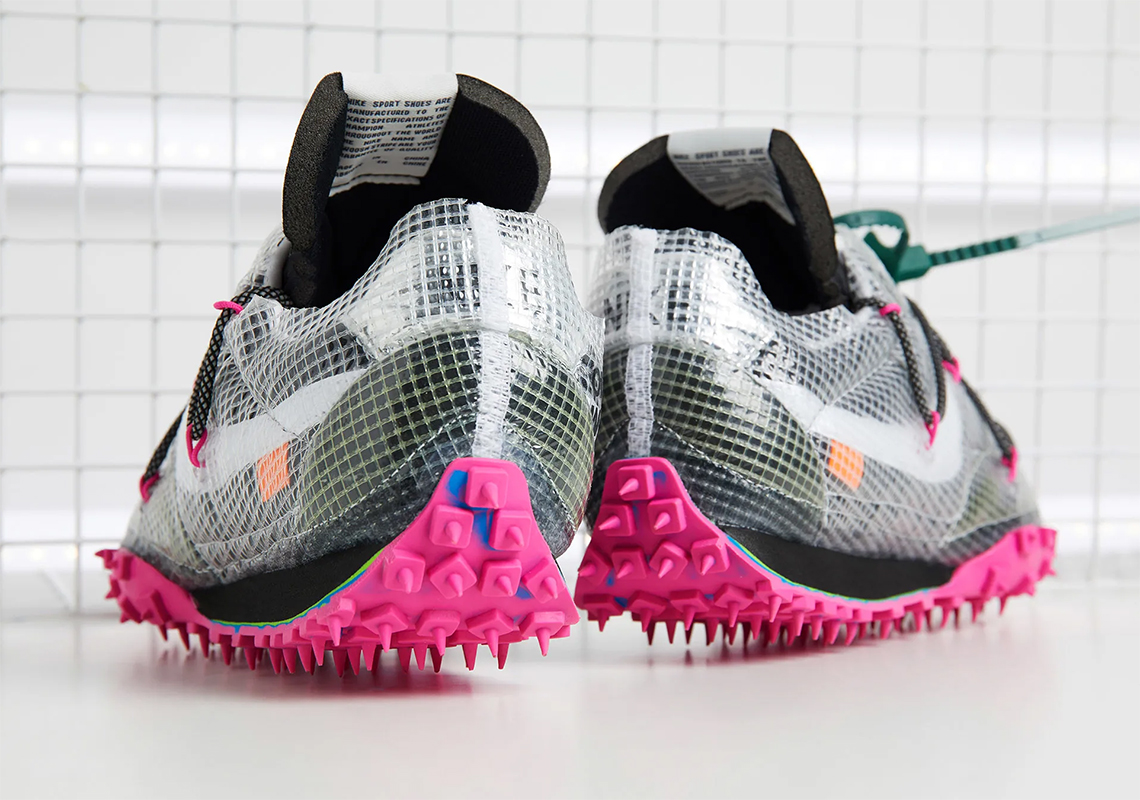 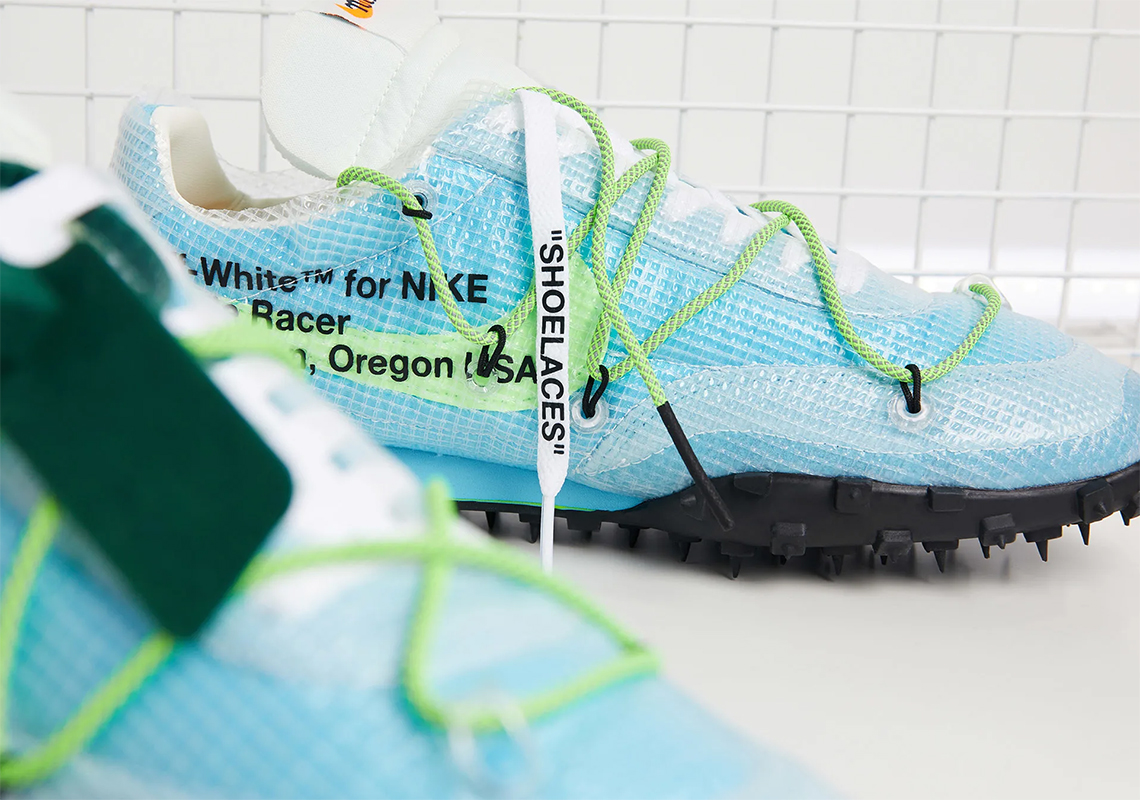 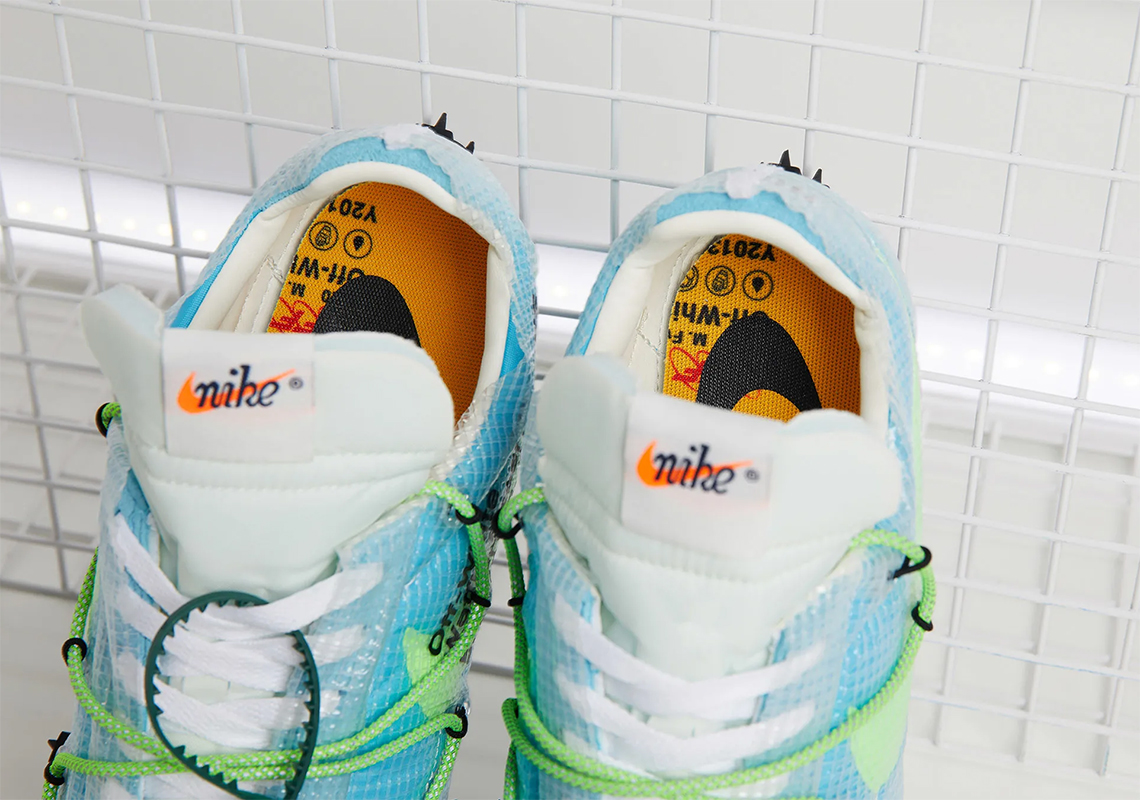 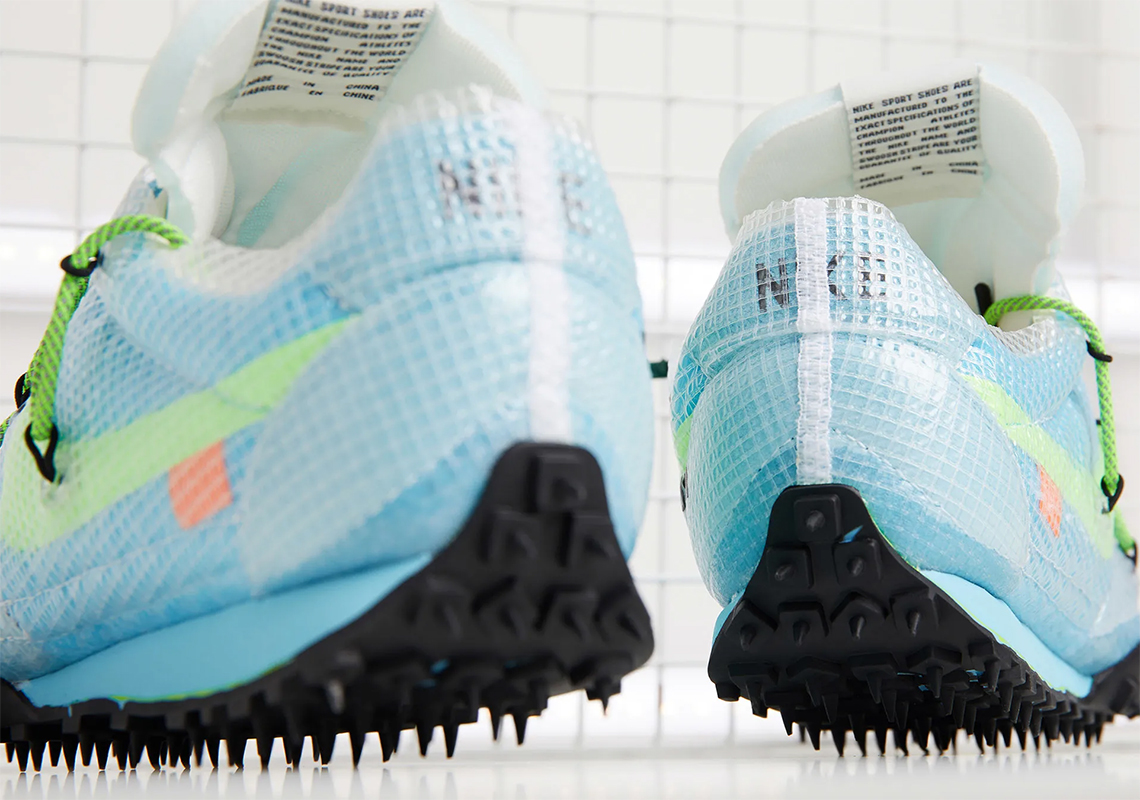 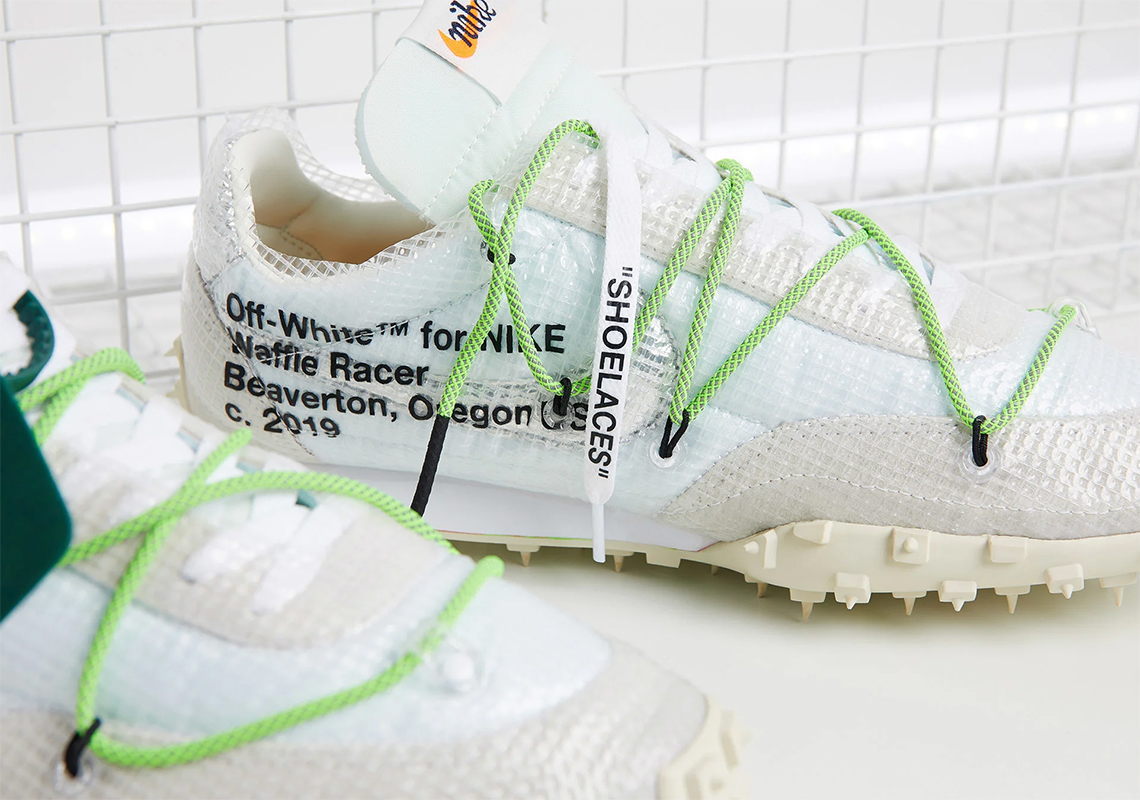 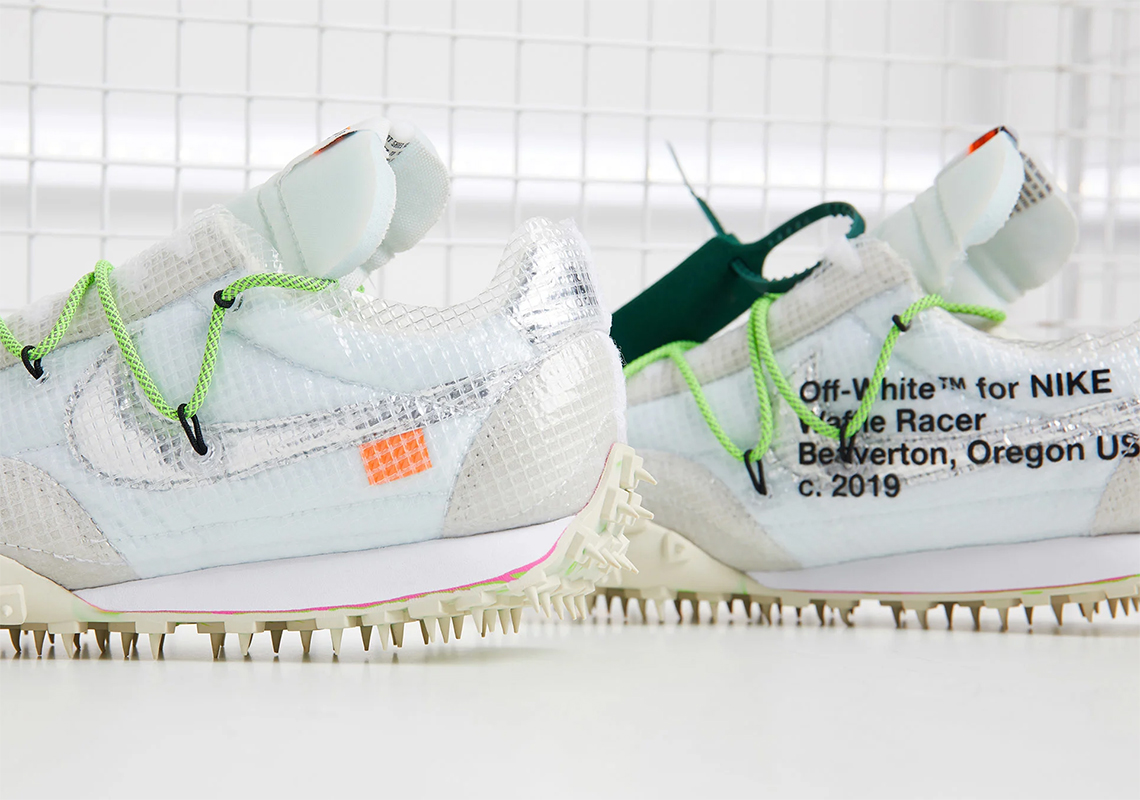 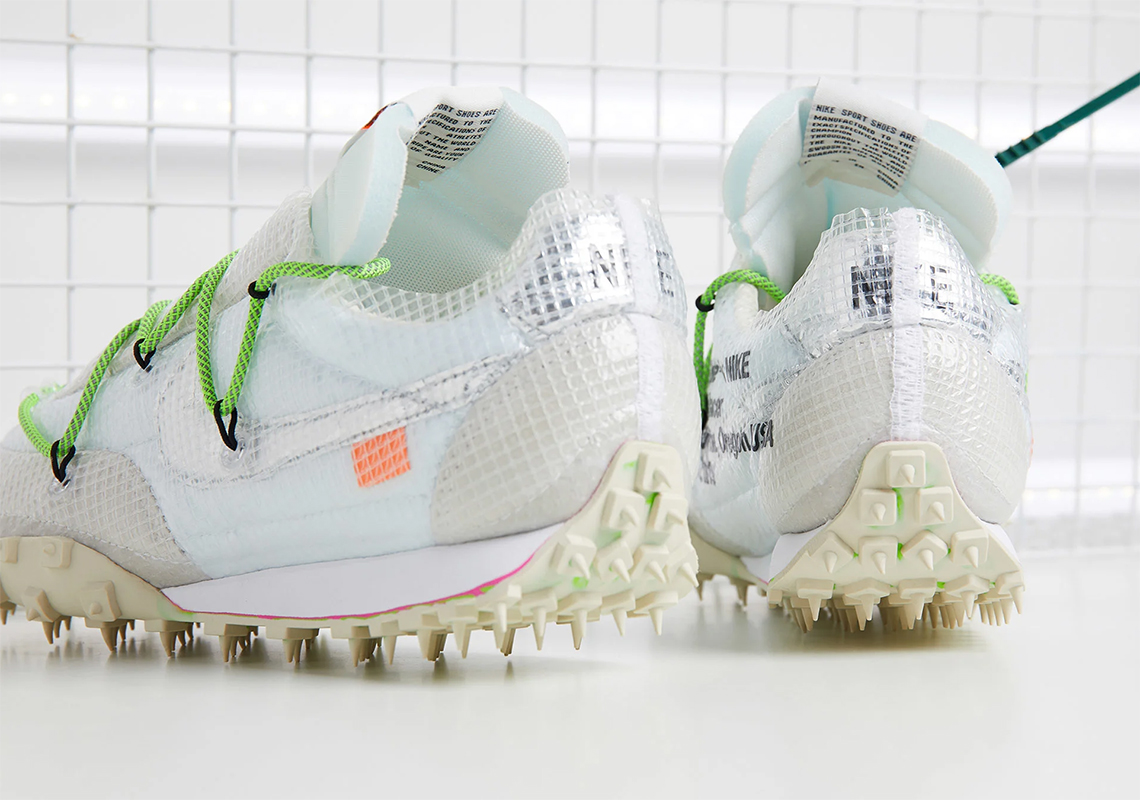