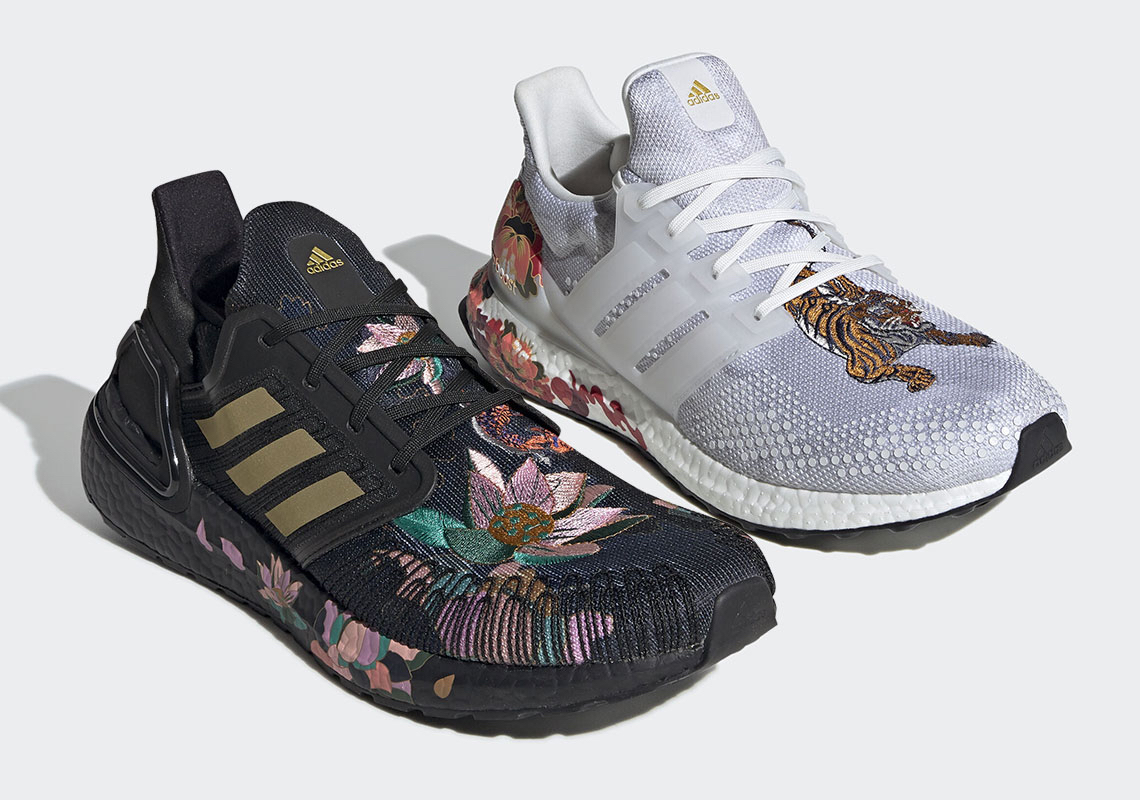 Among the veritable adidas roster, it’s not the retro-inspired that sees the most love but their many Yeezy releases and updates to the once Kanye-sponsored silhouette. Landing down to Earth with the help of the ISS National Lab, the Ultra Boost 20 update to the model has already seen an expansive share of colorways both collaborative and not. The latest, which is joined by the trypophobia-inducing Ultra Boost DNA, affixes many a applique, print, and embroidery in motifs both floral and reminiscent of souvenir jackets.

White-dressed, the accompanying dotted iteration is the most overt in connection to the latter as its weaves and intricately warped patterns mark with an enlarged and eastern-styled display of a tiger right atop the toe. Elsewhere, the soles as well as the support cap towards the heel brandish with a colorful bouquet of bright reds and soft pinks fitting of the inbound Spring Season. Leaning more on this approach, the newly updated pair opts for black as a much more distinct backdrop, painting stripes bright gold and covering the entire forefoot in an elegant lotus of its signature palette; these, then, extend over to the sole in somewhat minimal fashion while tongues suit in the very same execution, just unobstructed.

Grab a good look at the capsule right here and expect a release inbound on December 15th at select retailers and surely adidas.com. 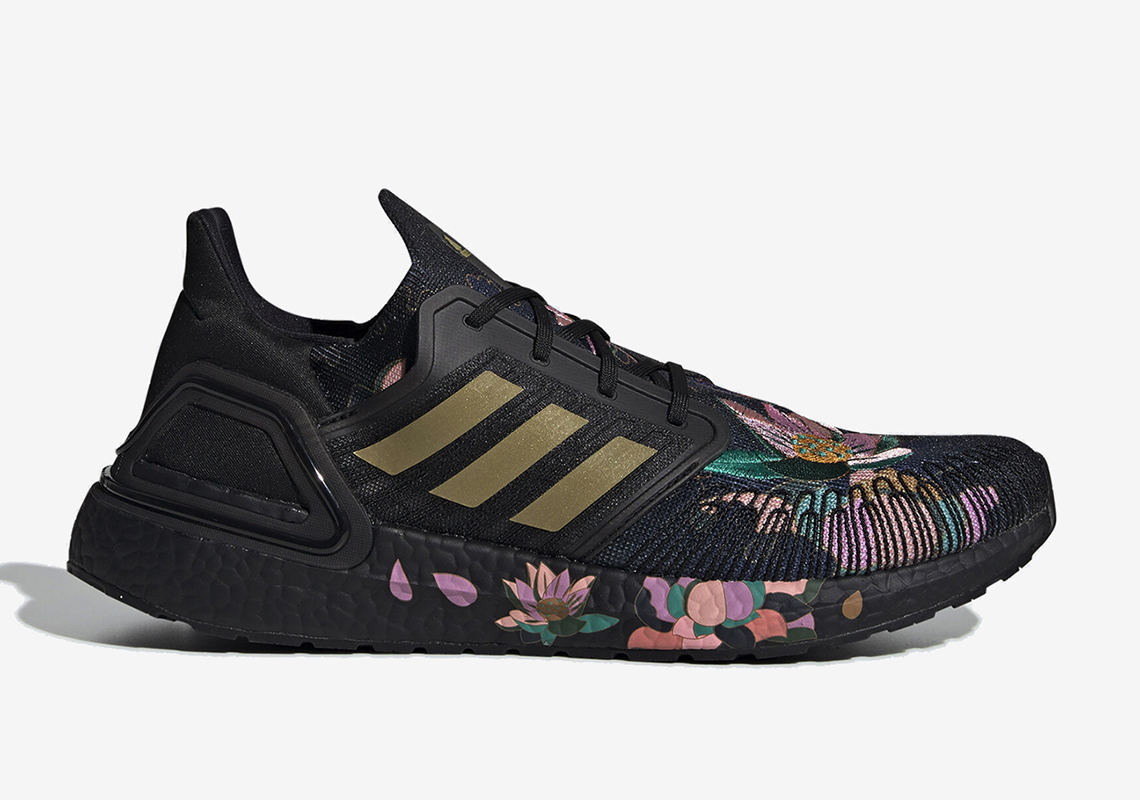 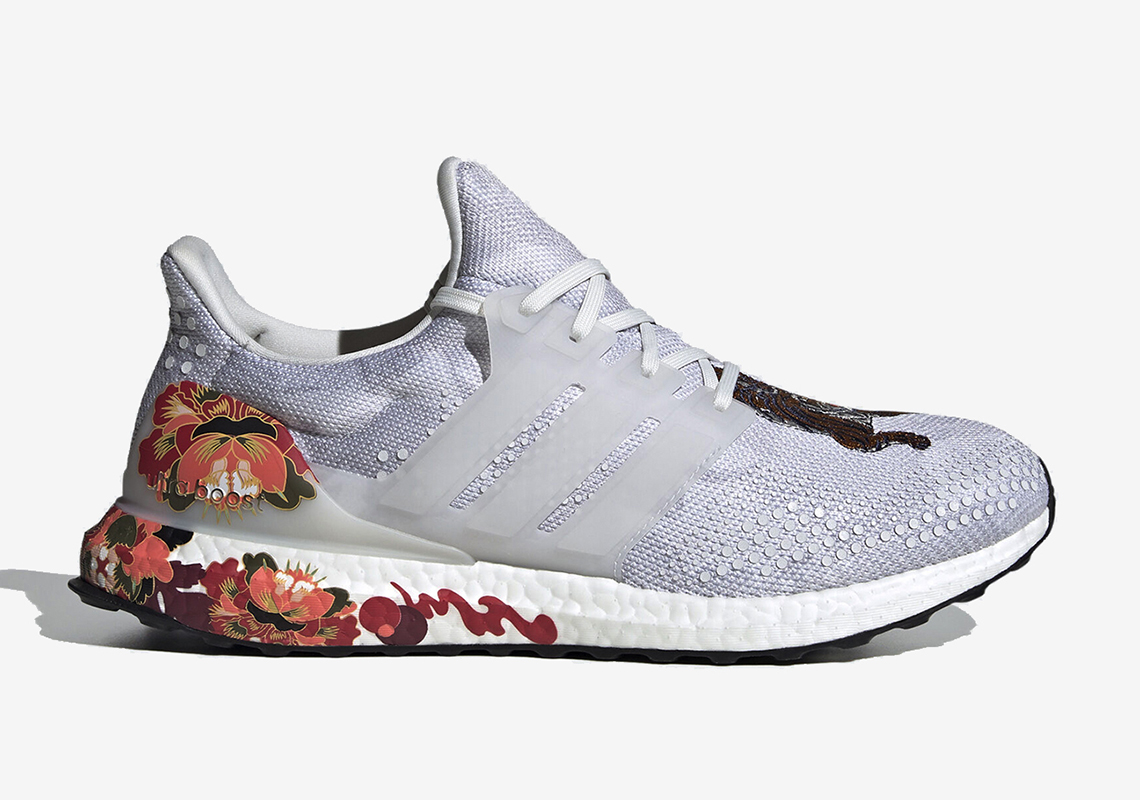 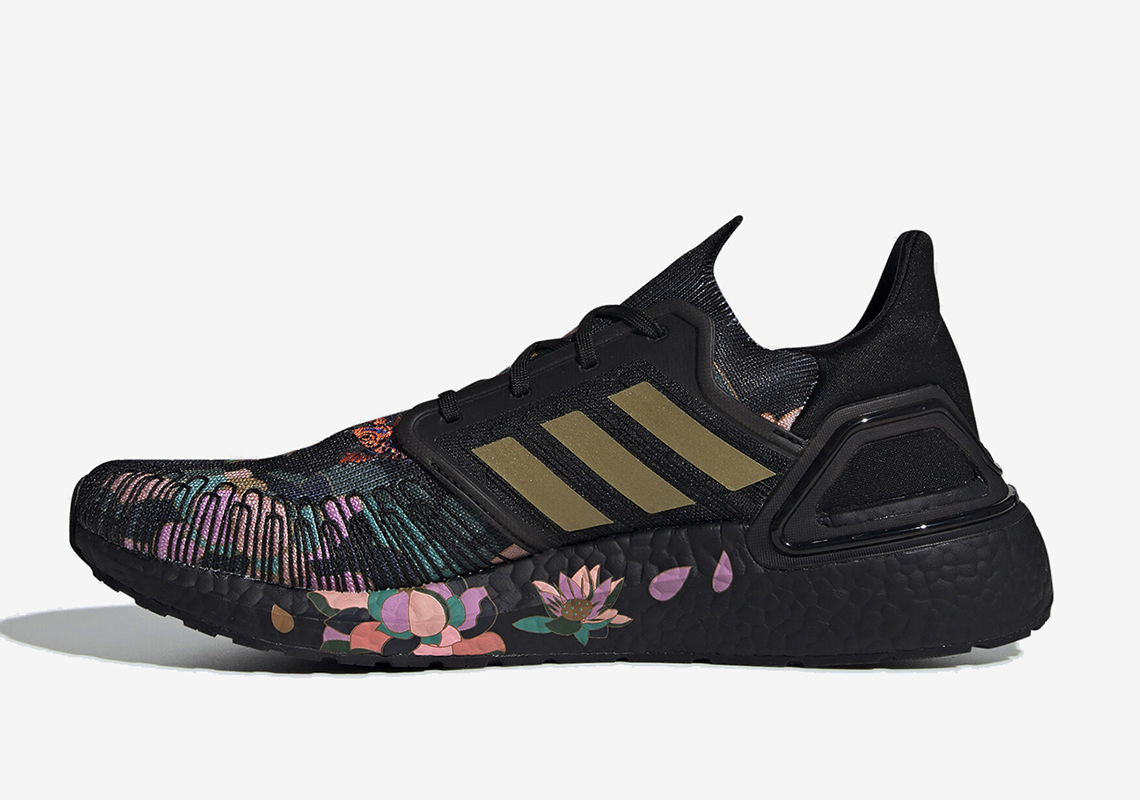 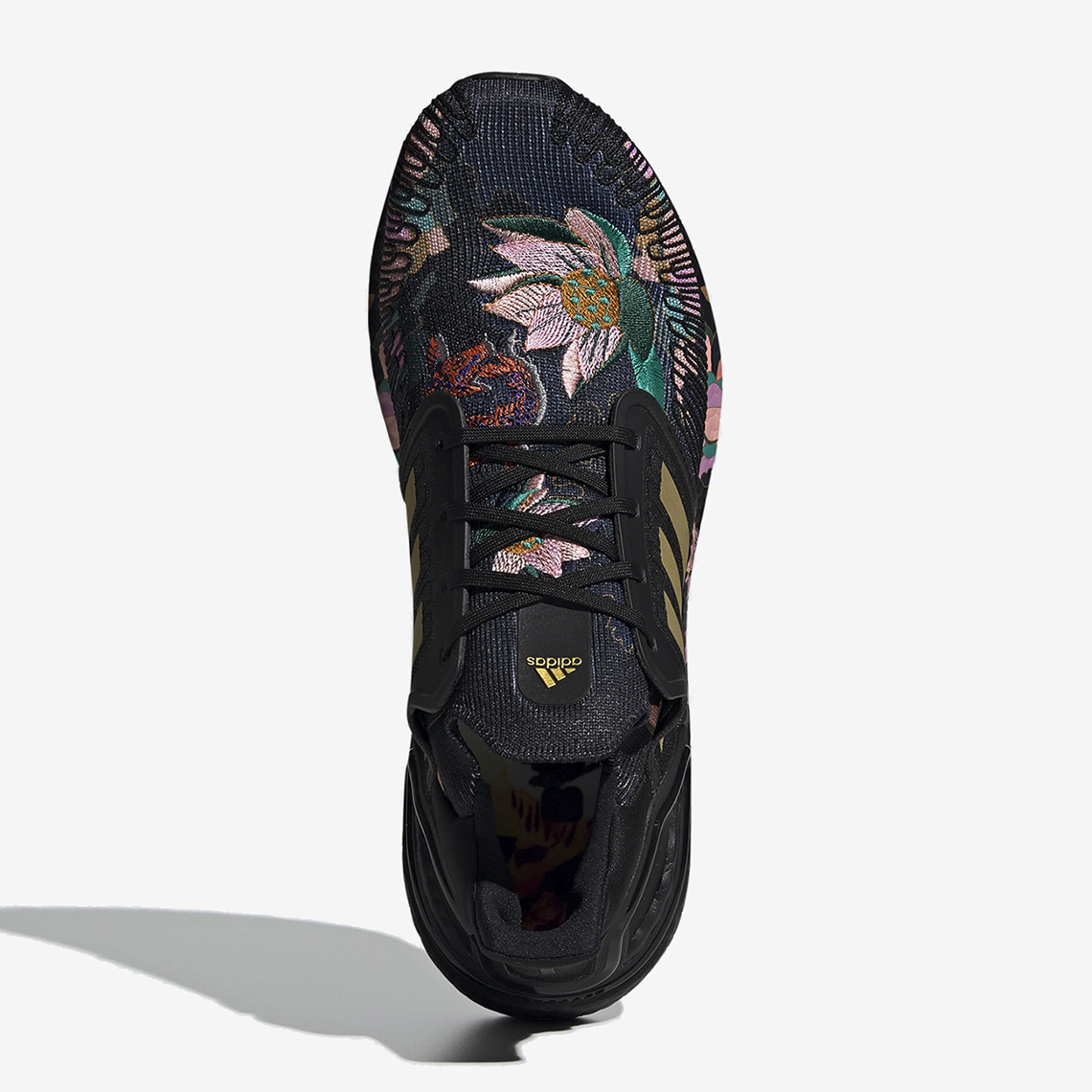 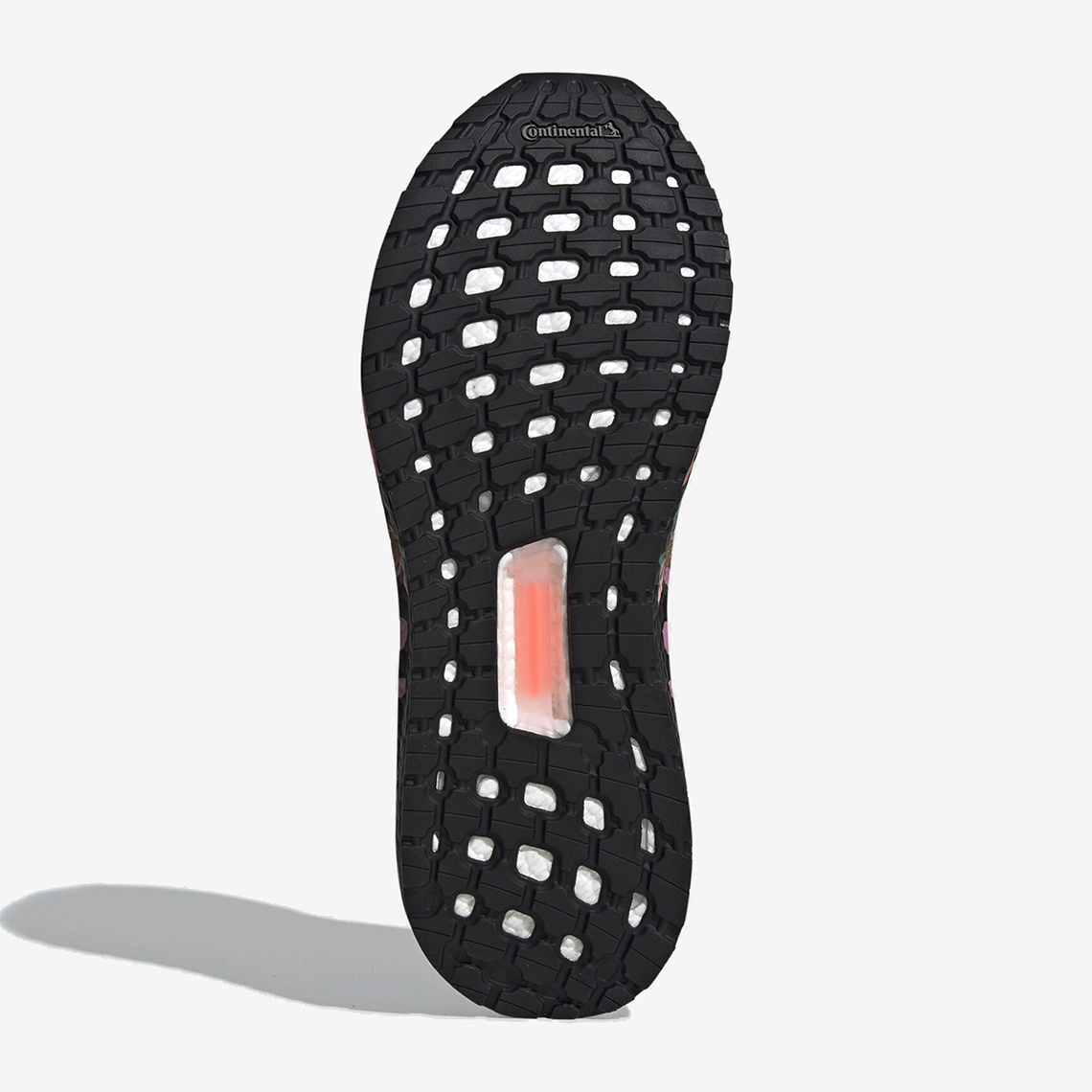 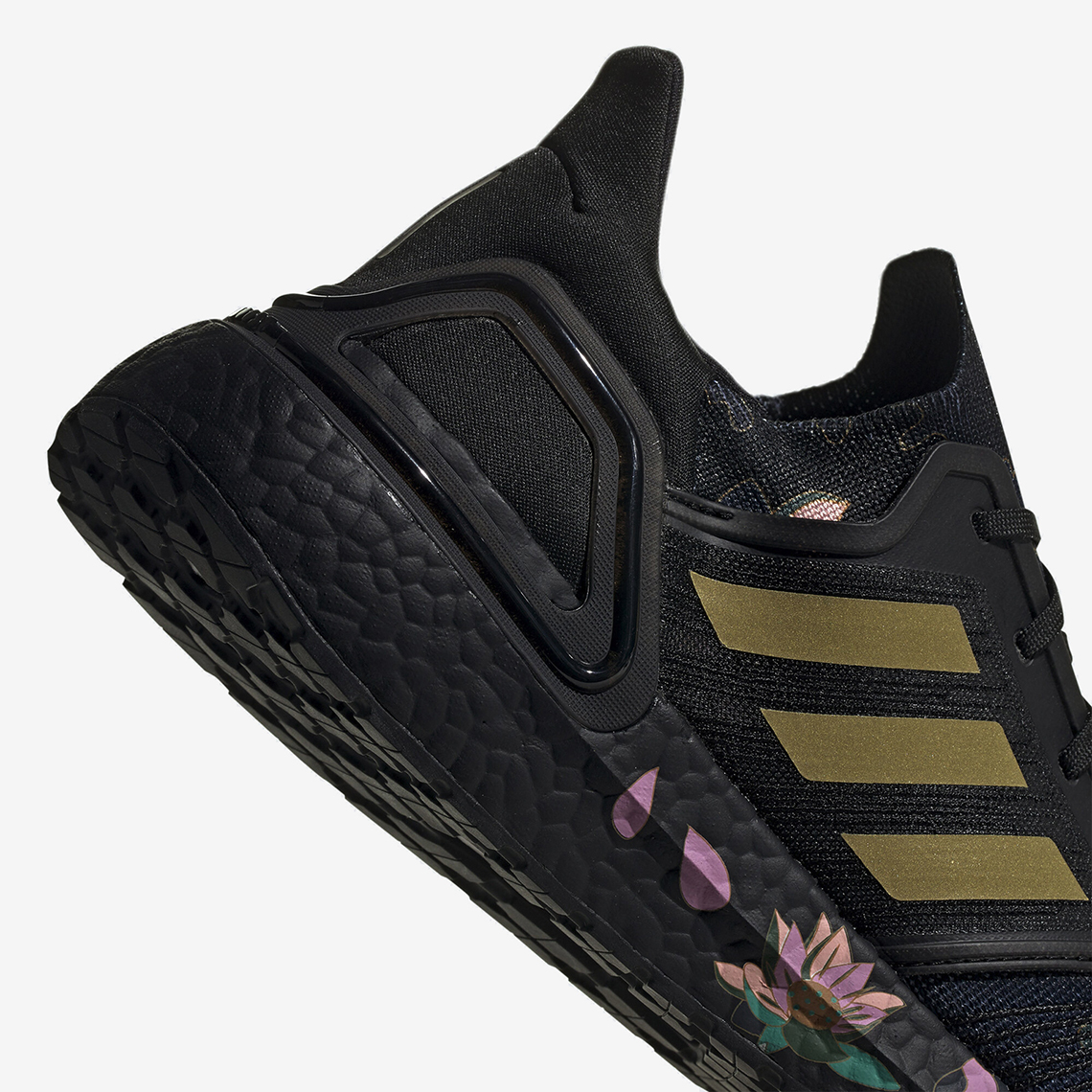 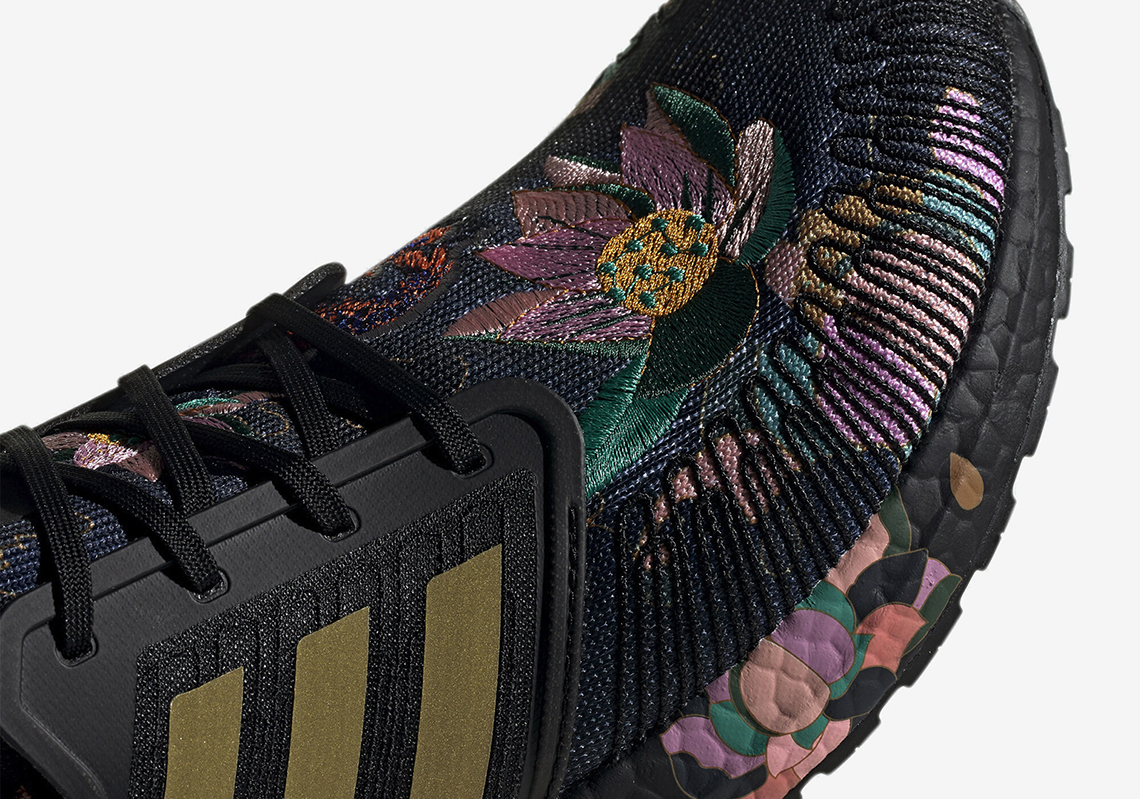 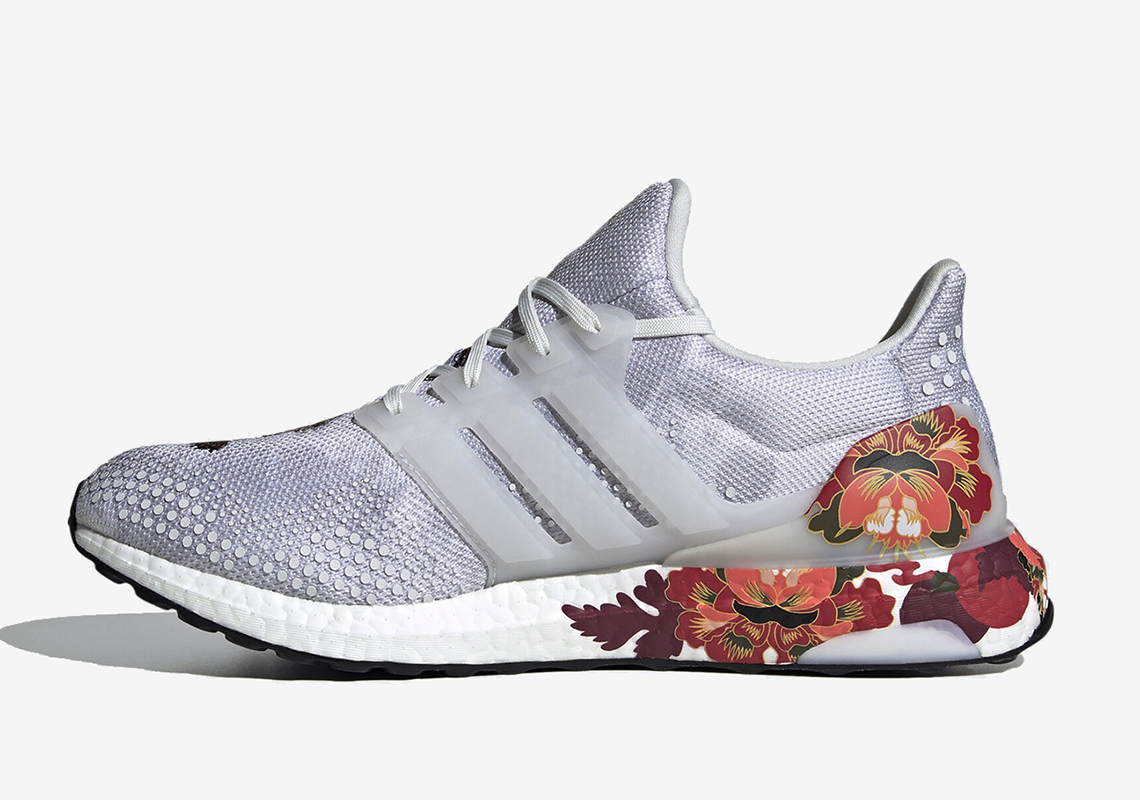 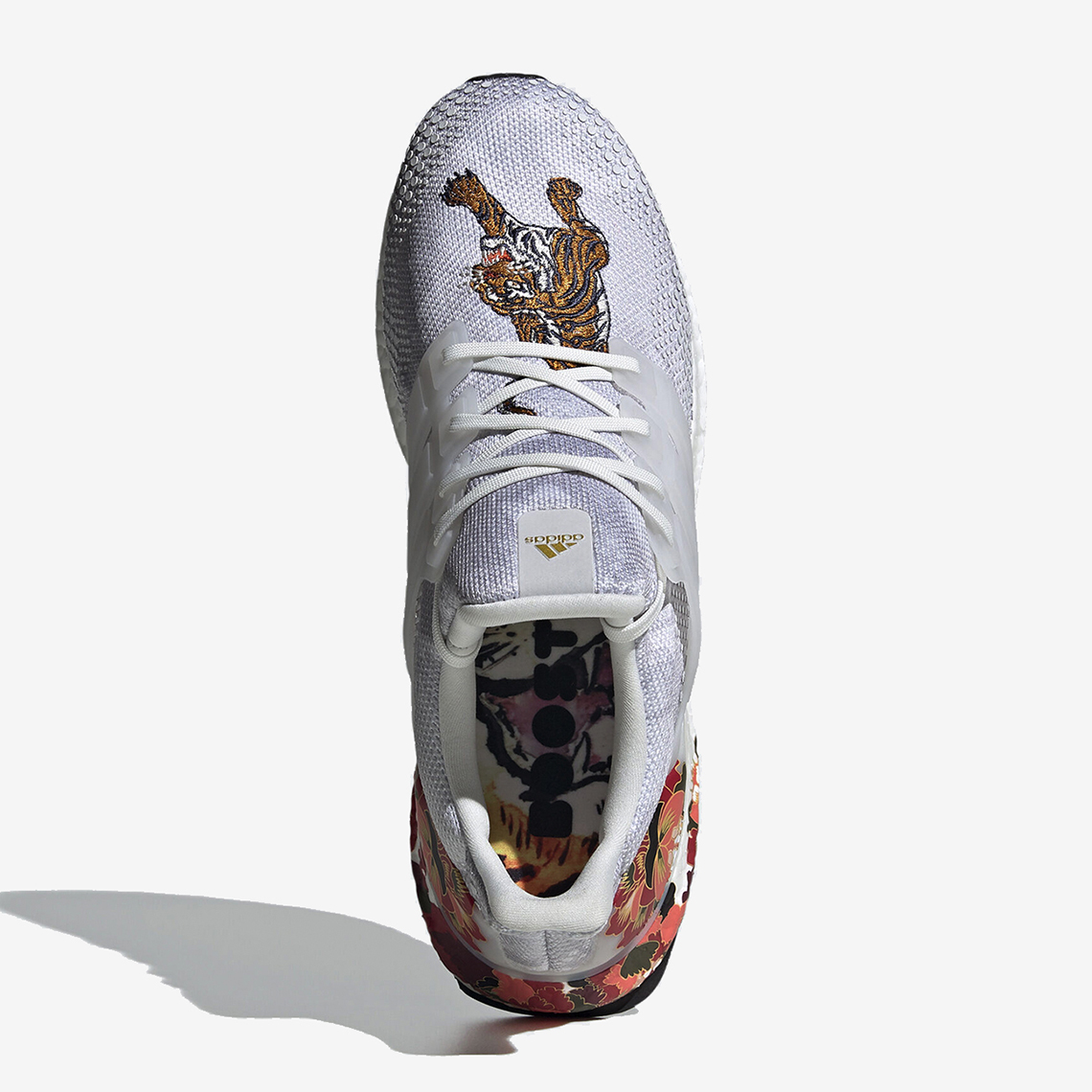 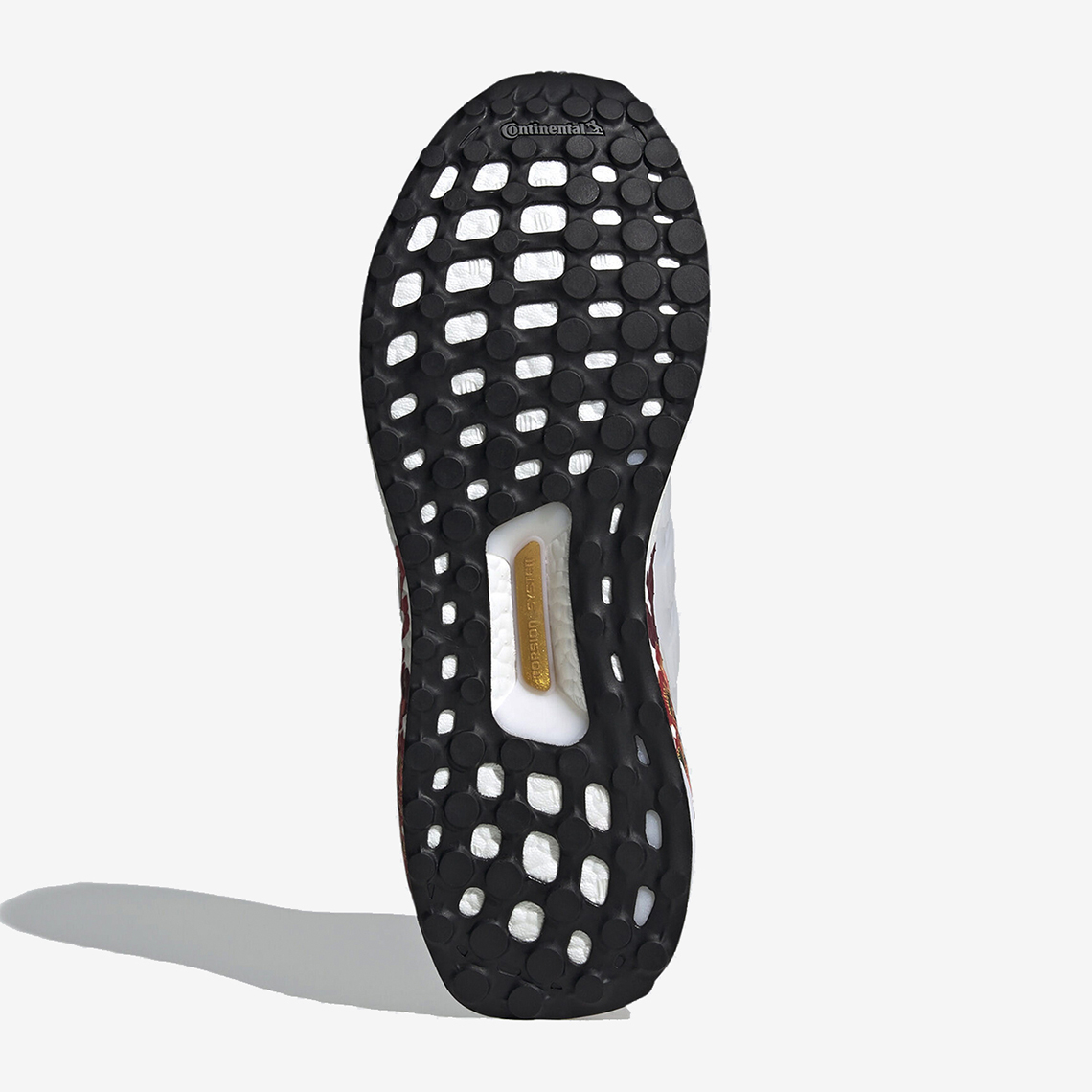 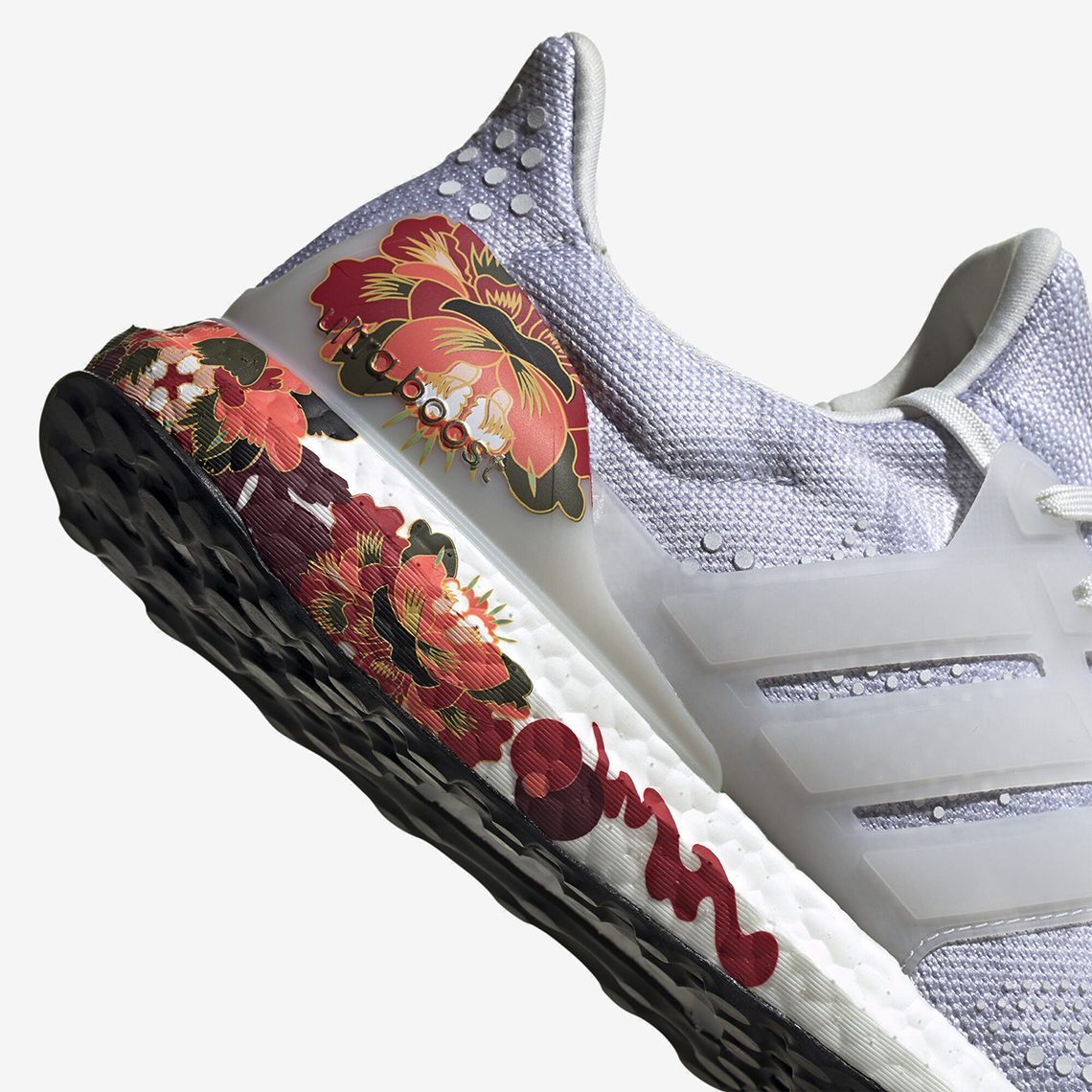 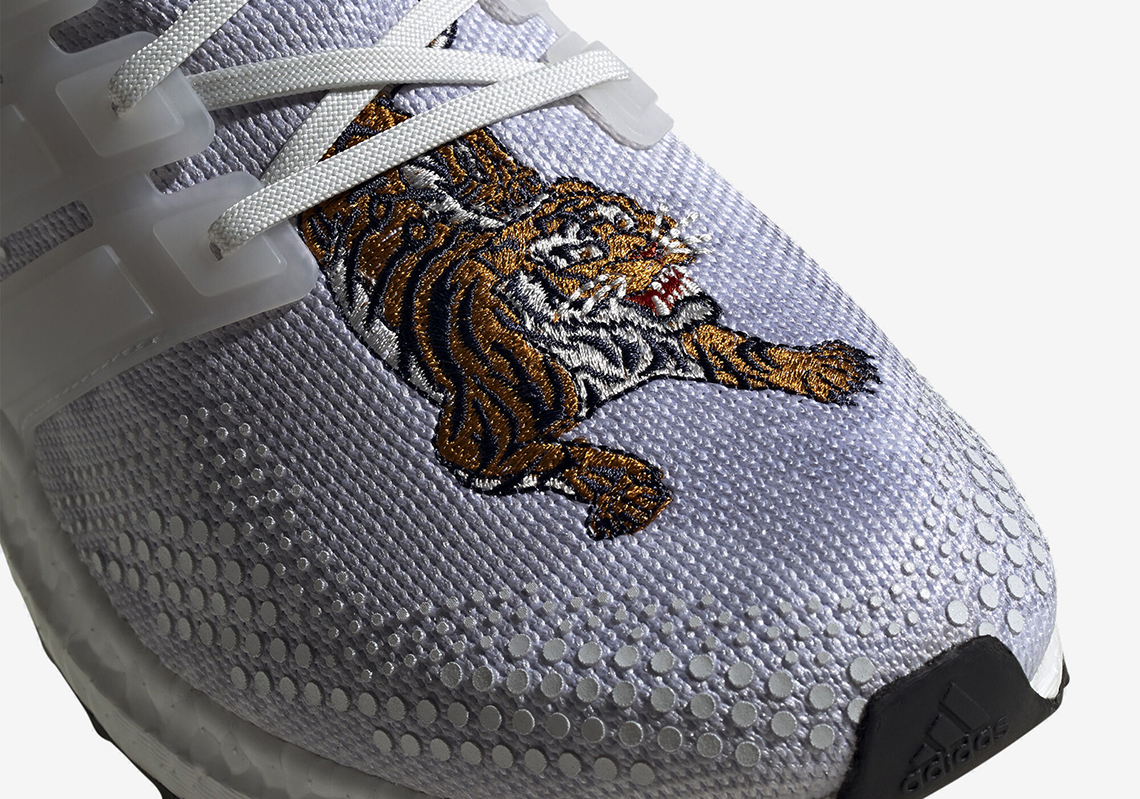