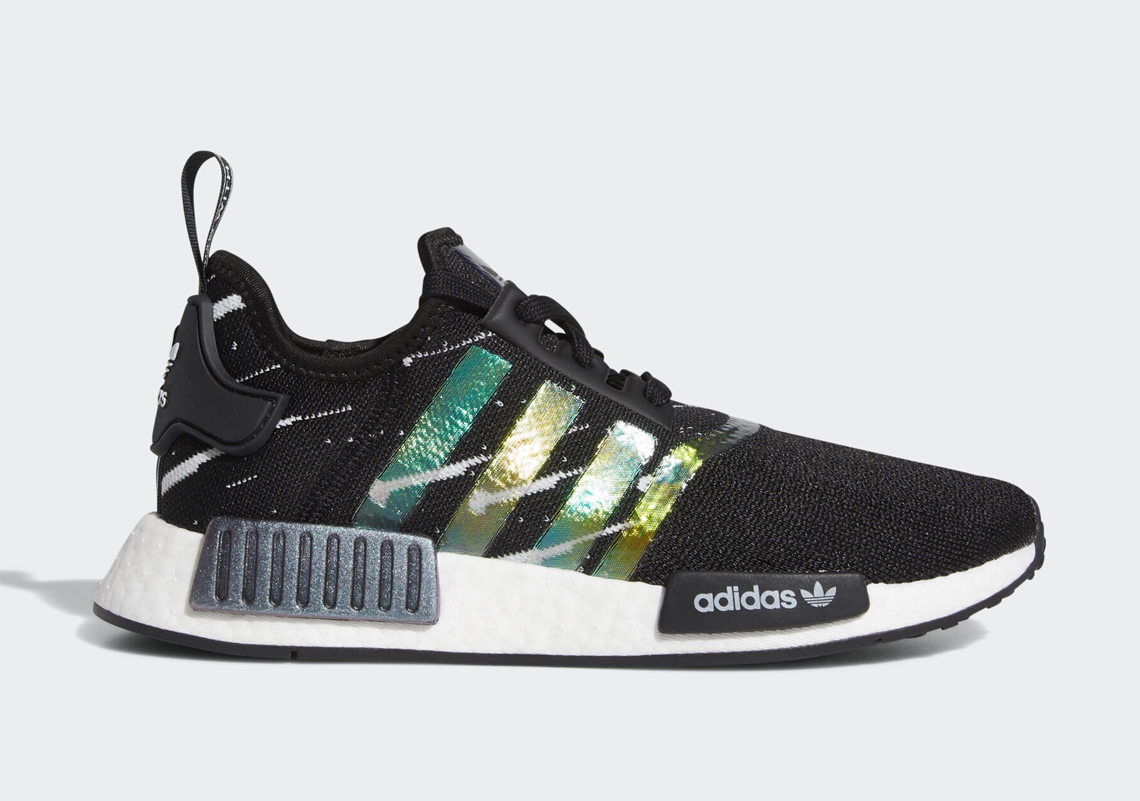 Space themes are nothing new to adidas, but they are slowly taking over the German brand’s mainstay line of products – most notably the Ultra Boost and NMD rosters. Having enjoyed a recent Darth Vader-inspired colorway, adidas’ NMD R1 is again being outfitted in galactic motifs as a “Meteor Shower” edition is slated to arrive right before Christmas. The upcoming pair’s core DNA resembles the classic black and white color scheme synonymous with the knit model, but its Three Stripes branding and tongue tab have been given a shiny finish in a blue/green/yellow gradient. Responsible for its unofficial moniker, a meteorite-like pattern appears at the midfoot and trickles across and up the heel. Grab a detailed look at the shoe here below, and mark your calendars for December 20th as these will be available at adidas for $130 USD. 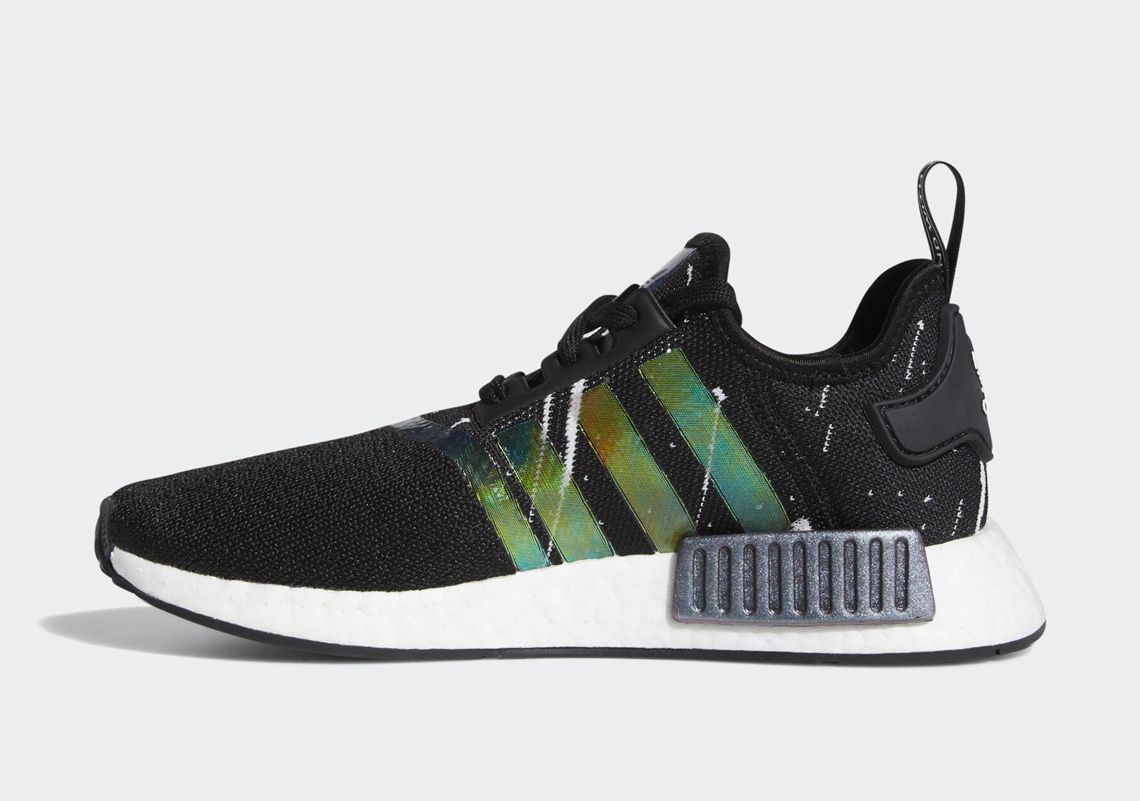 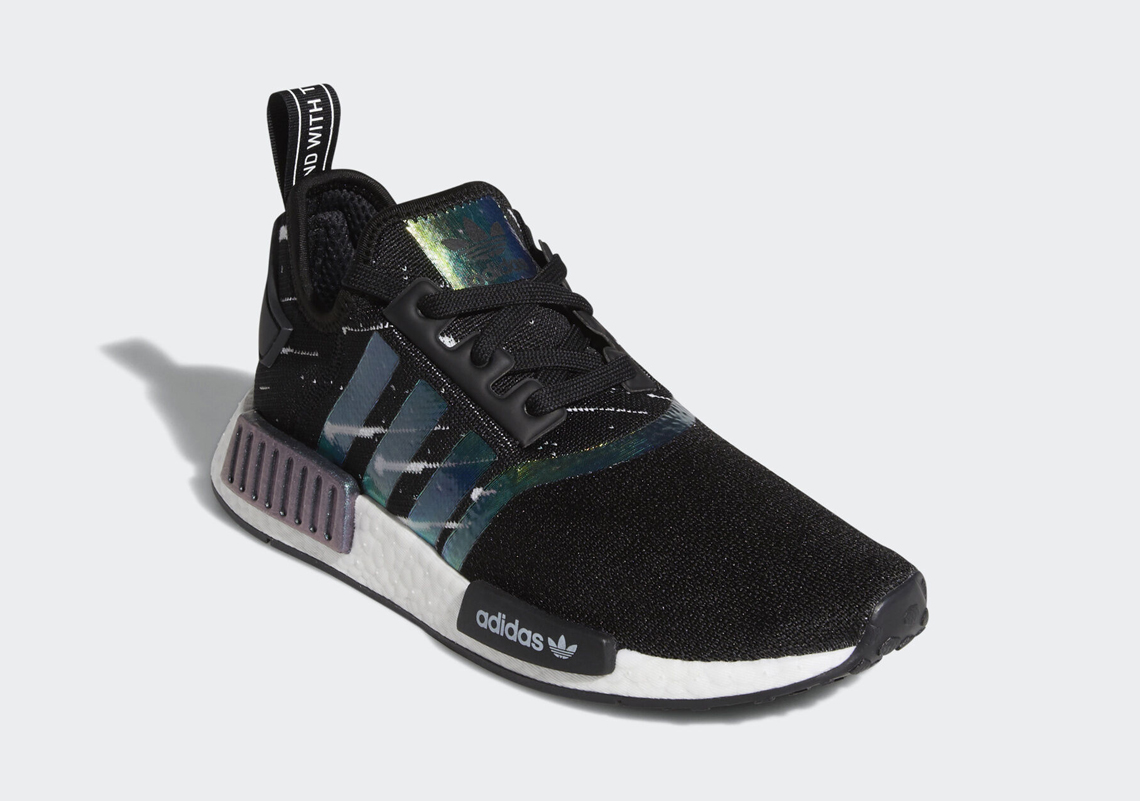 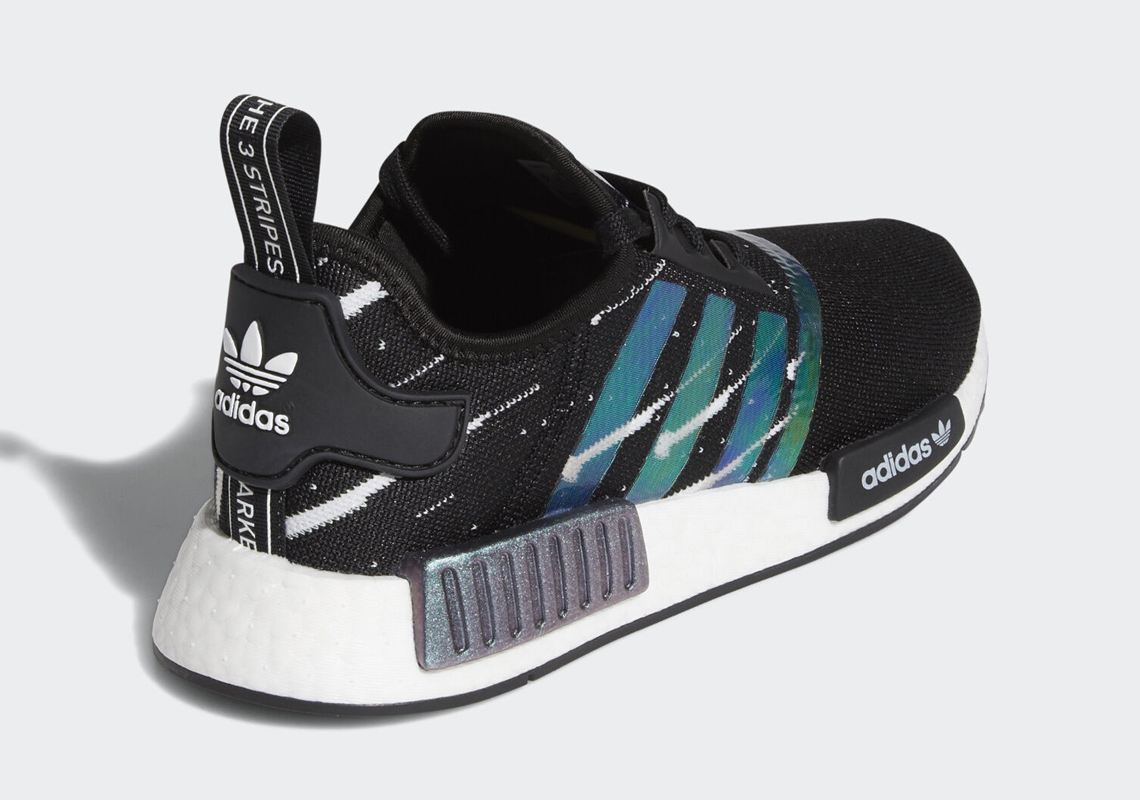 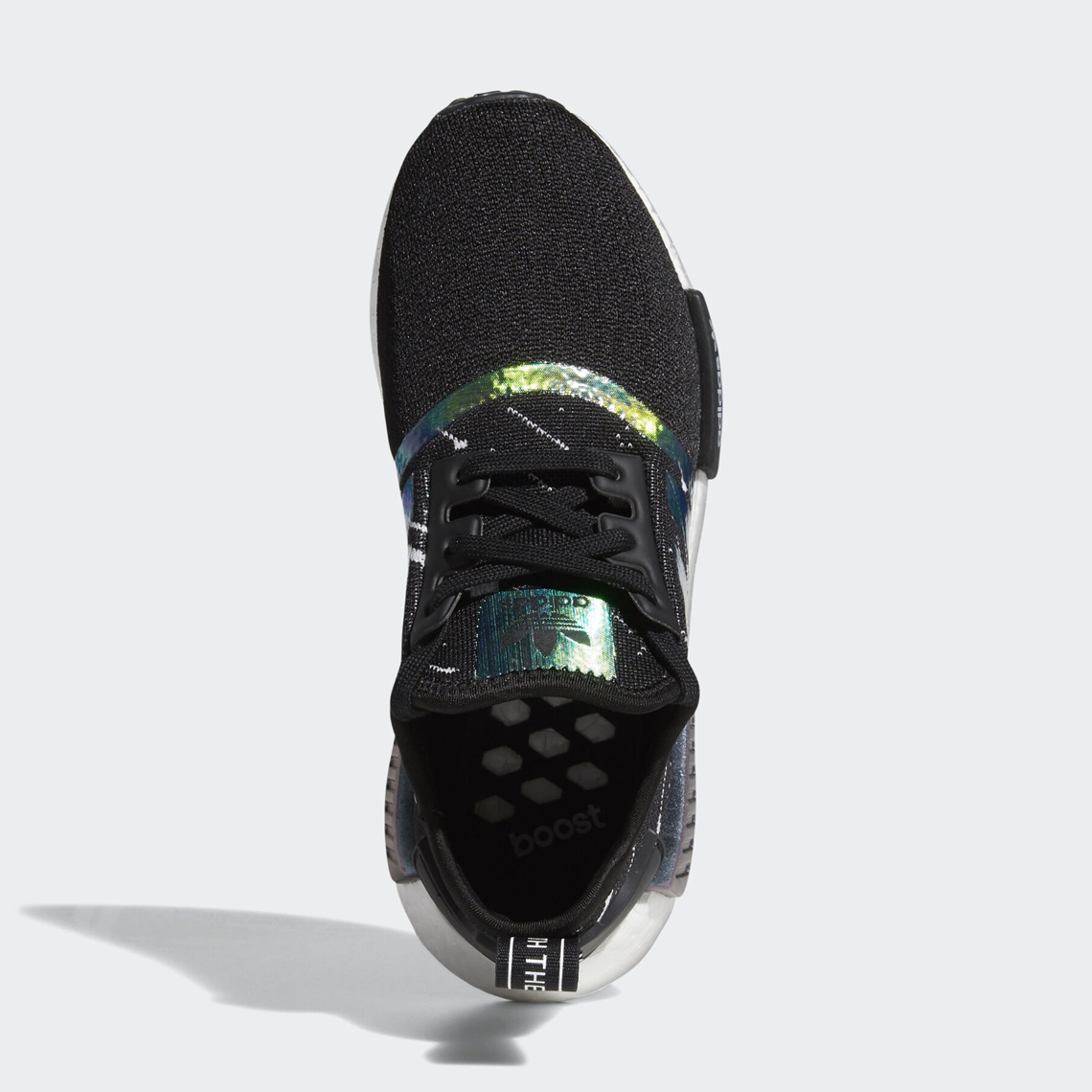 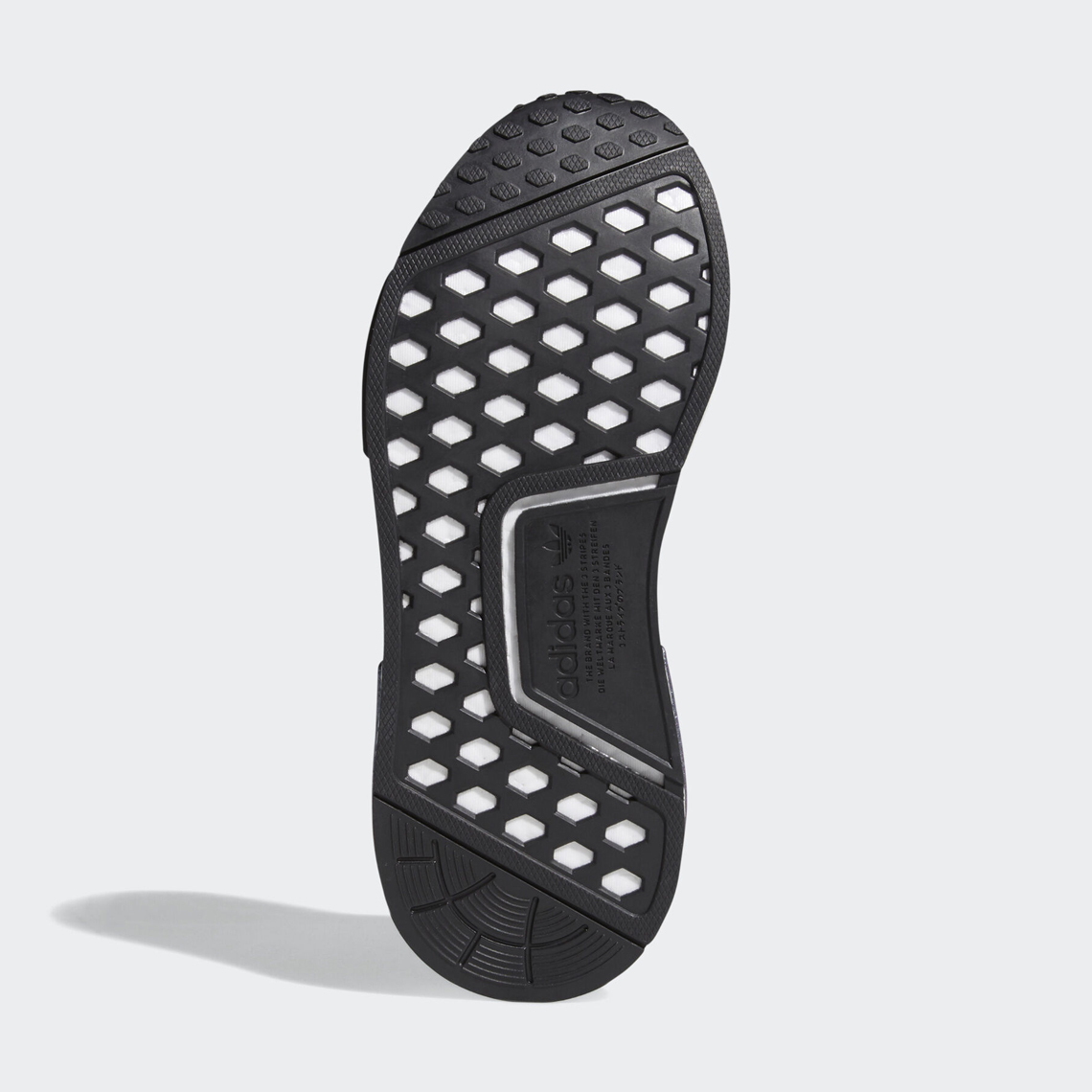