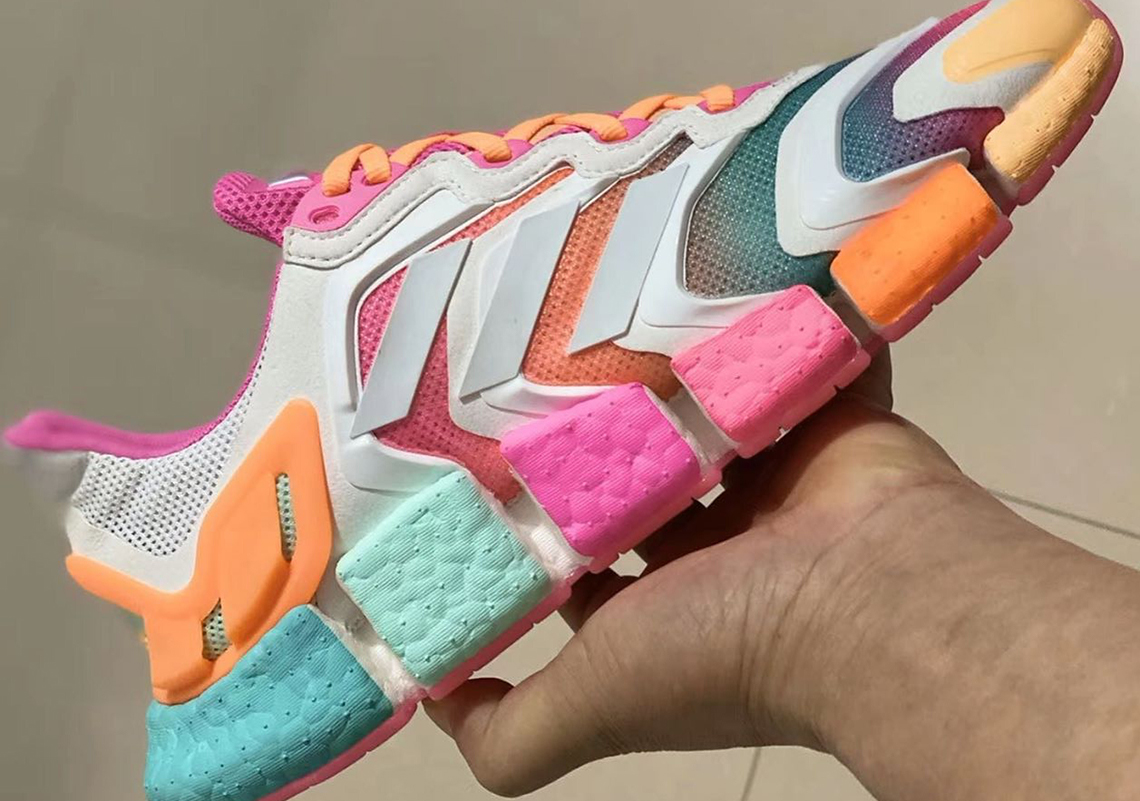 With the advent of the brand new Ultra Boost and quite a few teases of more to come from adidas Yeezy, it’s likely the Three Stripes is planning a large rollout of updated inline staples by and large more imaginative than anything of 2019. Set to arrive during the formative months of the new year, the Climacool dresses up in a nauseatingly vibrant coloring topped off with a brand new BOOST sole unit, one that ribs to distinct pieces in likely effort to improve comfort and general flexibility. Along its various pieces, a subtle gradient forms with the palette’s most discernible tones: blue, pink, and orange in all sorts of shades from pastels to full rainbow-esque saturation. The upper’s inner mesh base bears these same tones in what is essentially the same execution, though breaks don’t arrive by way of physical separation but by white-dressed hard shell overlays whose form bears an air of futurism not too far off from adjacent models. Heels, then, arm with pieces of the same bulk, warping and venting atop a perforated backdrop. Grab a detailed look at what’s in store for the Climacool right here and stay tuned for word on when it’s hitting adidas.com and select retailers. 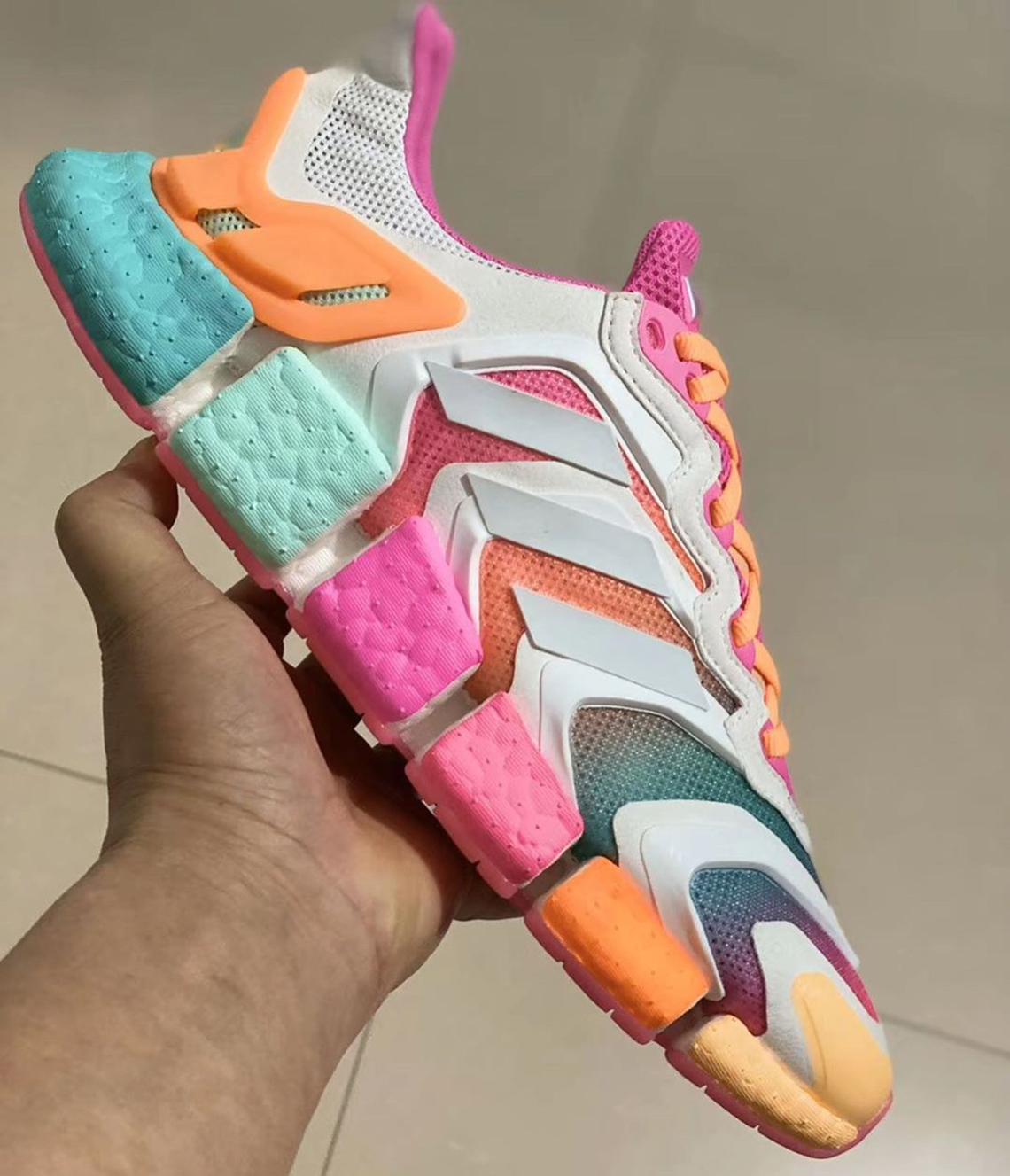