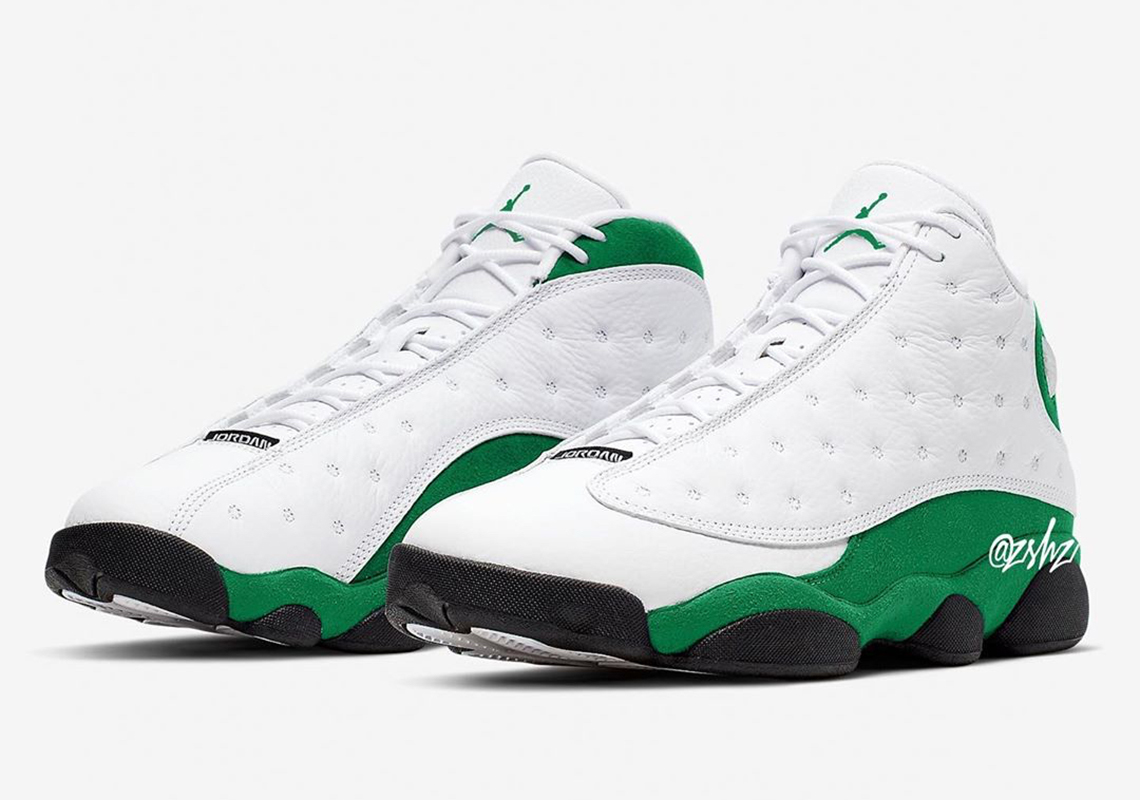 The Jordan Brand line-up, despite its namesake, is not exclusive to MJ himself, rather, the family has grown to massive numbers across college teams and many an influential name in the basketball world at large. Among them, Ray Allen is certainly one of the most notable next to the main man, begetting exclusives in spades and seeing to an honorary AJ7 just about a season ago. Doing so once again, but without any of the overt connections, the label is brining back his signature Celtics colors of white and green though now along the Air Jordan 13. Clean in coloring and construction, the pair is a three-part piece of neutrals and the one vibrant hue, the latter only arriving in seldom at the logo hits, rear panels, and the entire mudguard. Elsewhere, the tongues, toes, and dotted side profile are left a clean white leather detailed with a small black “JORDAN” emblem at the vamp whose shades matches that of the entire tread as well. Grab a good look at the mock-up right here and find them rumored to release next Summer on July 4th.