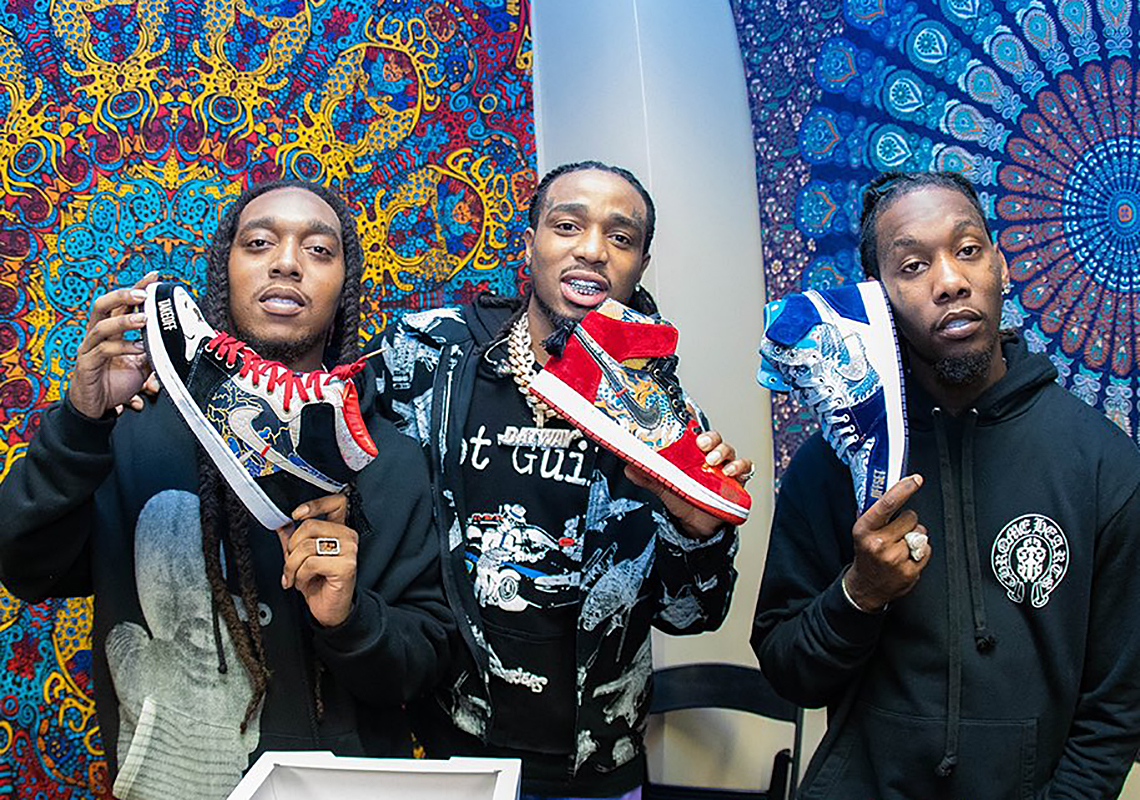 Though they’ve yet to get their own full-fledge collaboration, it’s no question that the Migos are among the upper echelon of influencers, receiving high praise from the multi-talented Childish Gambino while near dominating the charts upon the release of any new single. Of the latter, “Stir Fry” reached critical acclaim, boasting an eastern style that has become the inspiration for the rap group’s batch of 1-of-1 Air Jordan 1 customs, a three-piece set crafted by bespoke artist Garrixon Studio.

Meticulous in their every detail, the entire range shares an all-encompassing aesthetic that frames velvet fabrications and sprawling Asian motifs in variations distinct to their respective artist. Among the more subtle embellishments, tassels are the few take up seat along the heel in the identical form, though the same cannot be said for the aforementioned luxe texture whose finish swaps between bright reds, dark navys, and saturated blacks to more so fit their backdrop. Quavo’s sees to the scales of traditionally drawn dragons complete with flames throughout, Offset’s opts for a tranquil picture of what could very well be a reimagining of the The Great Wave off Kanagawa, and Takeoff’s is more apt to his namesake with a bird flying against a night-ridden sky.

Stamped in gold with each of their pen names, you can find a good look at each just below, but as these are exclusive customs gifted to the Migos themselves, it’s likely impossible to get your hands on a set of your own. 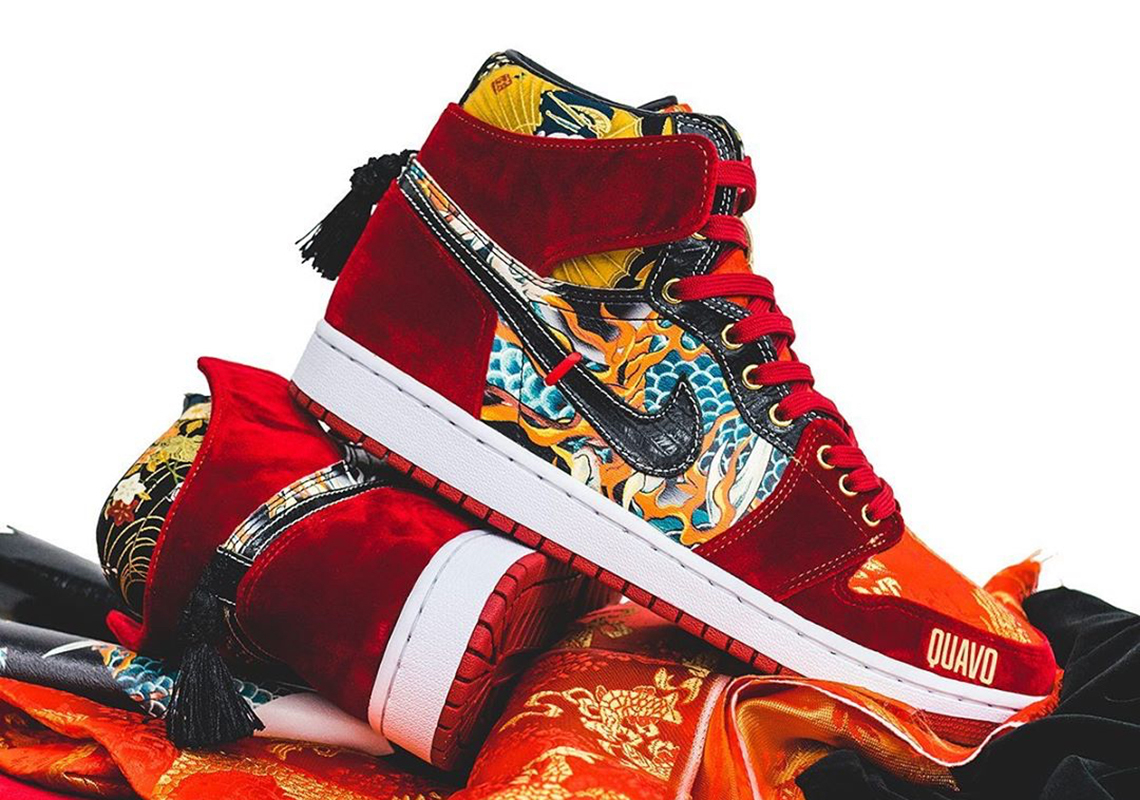 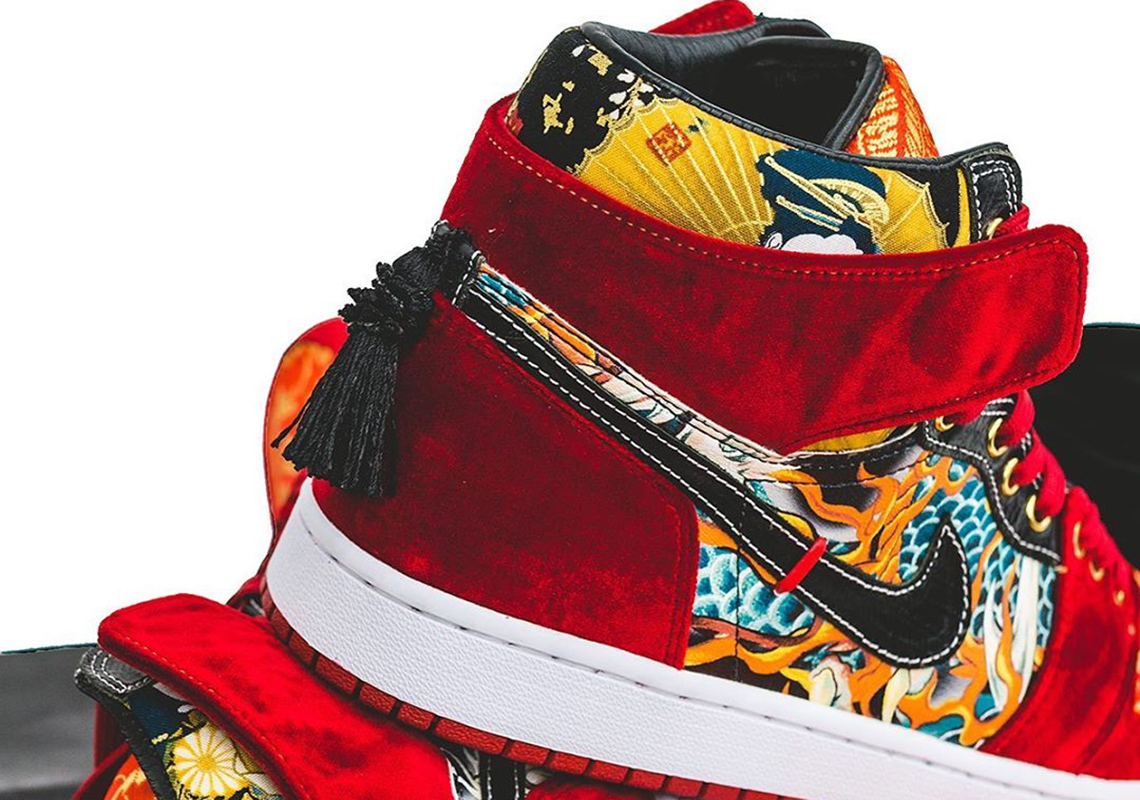 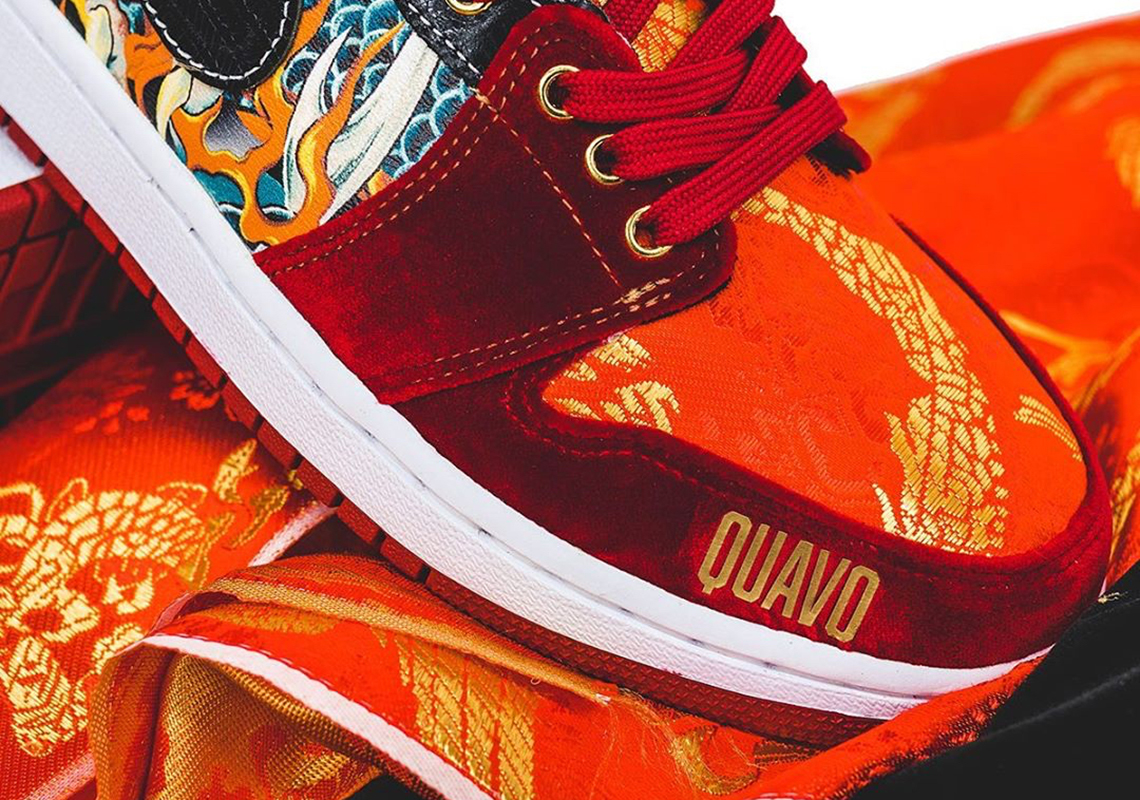 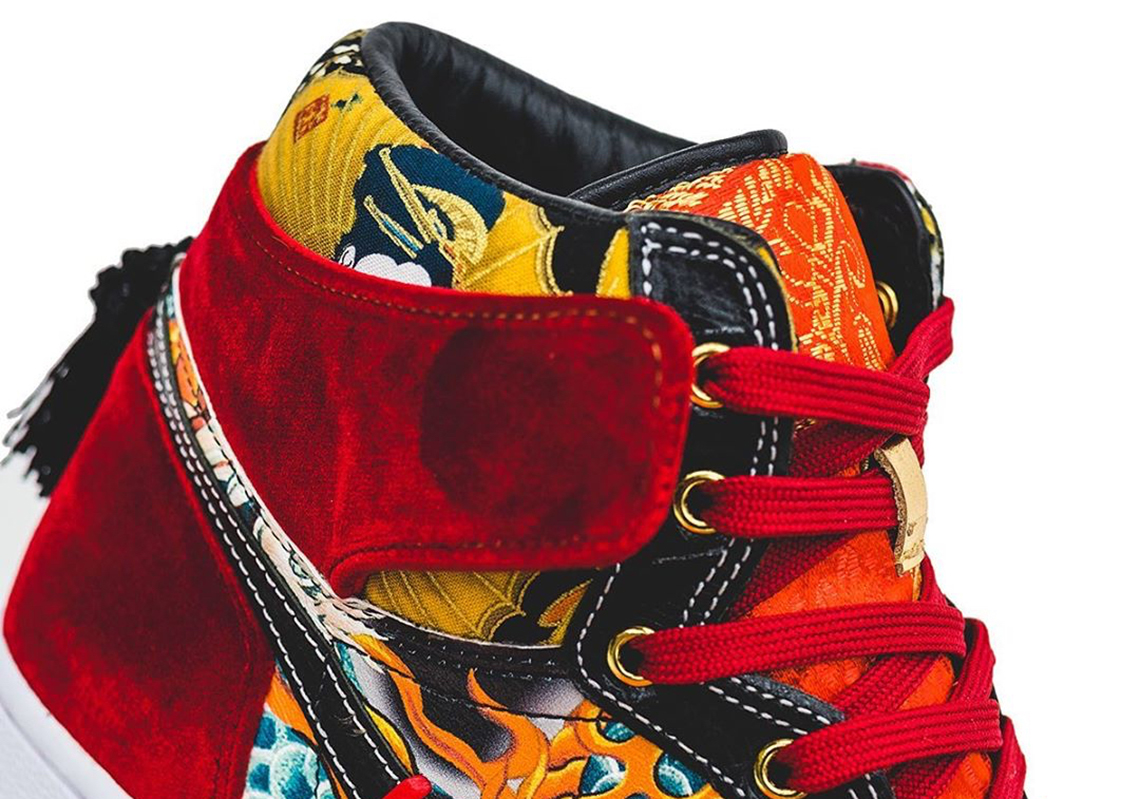 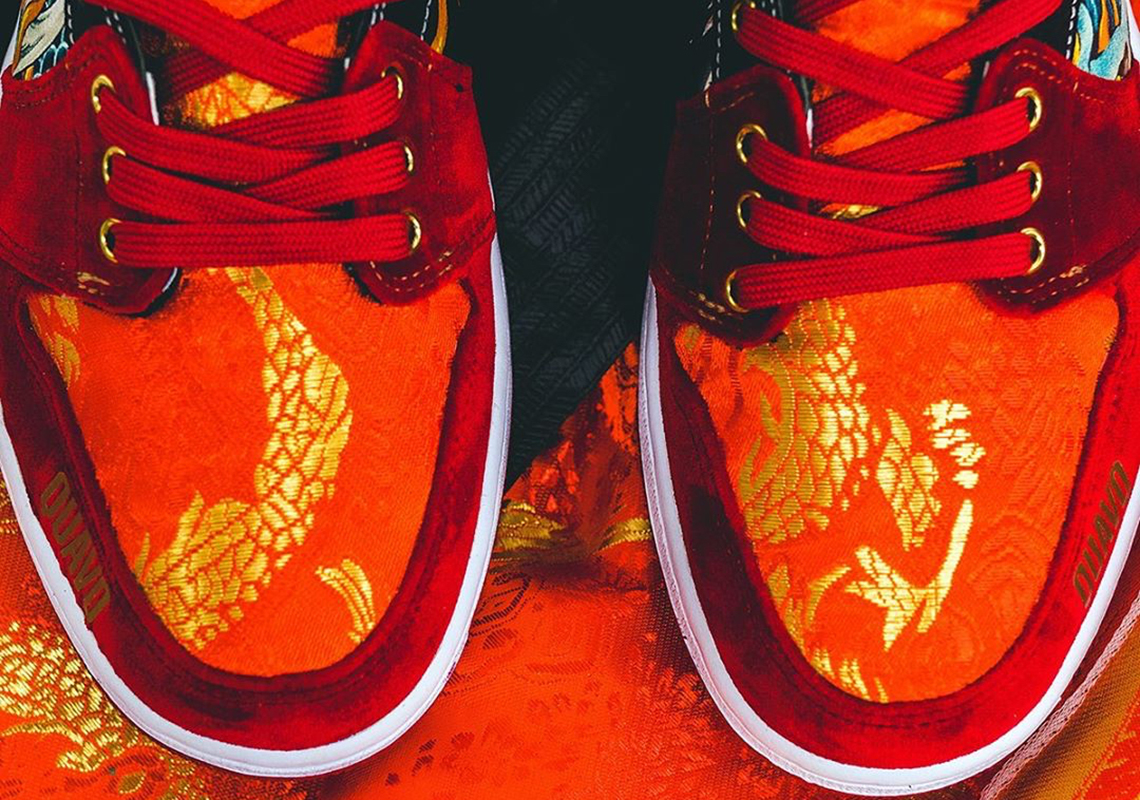 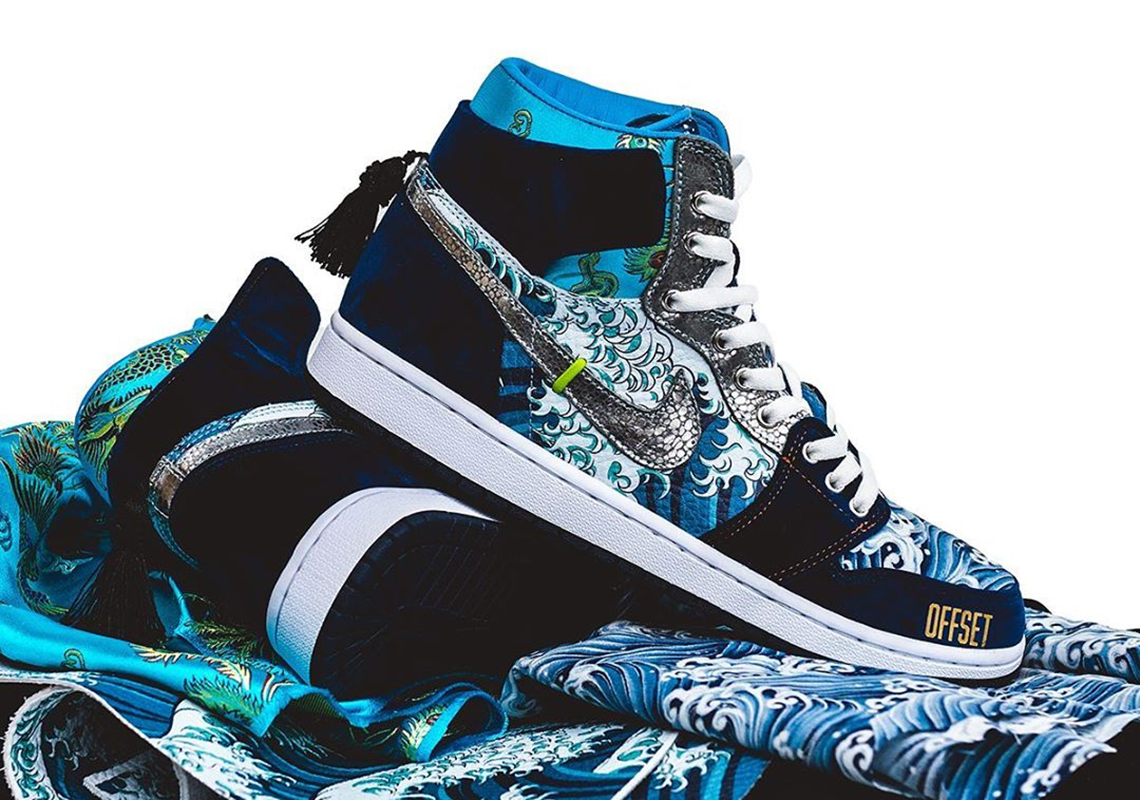 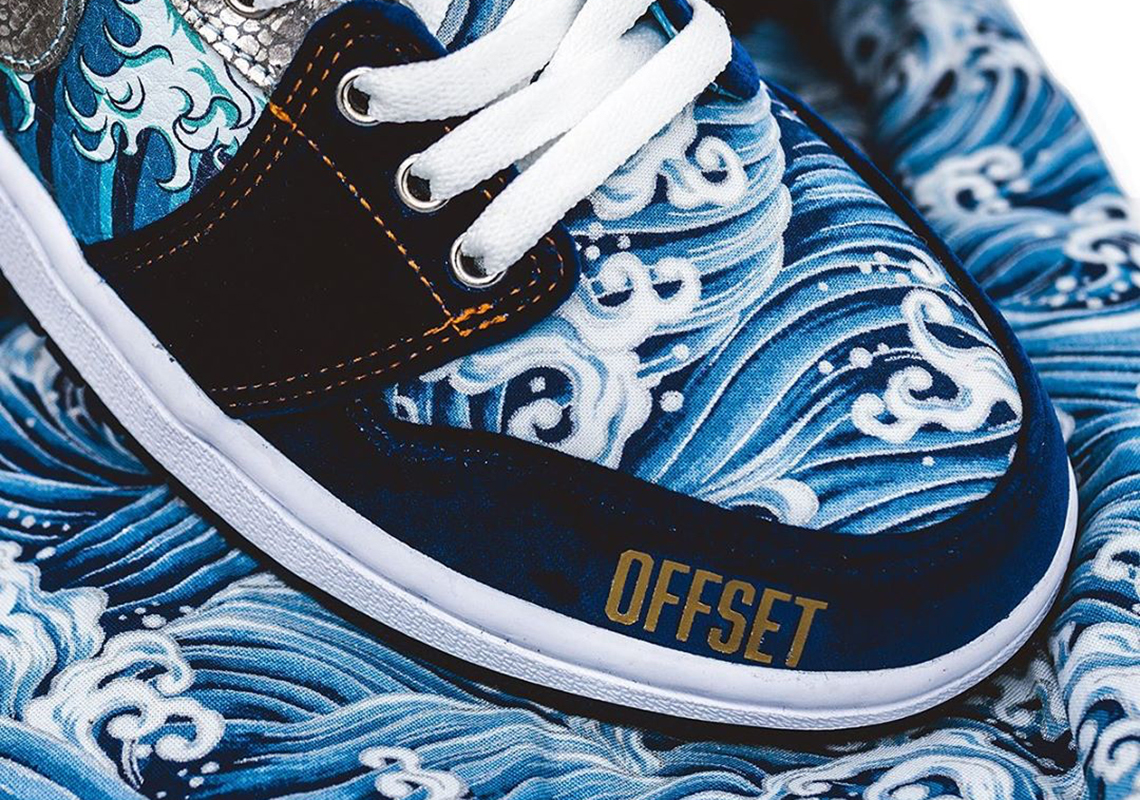 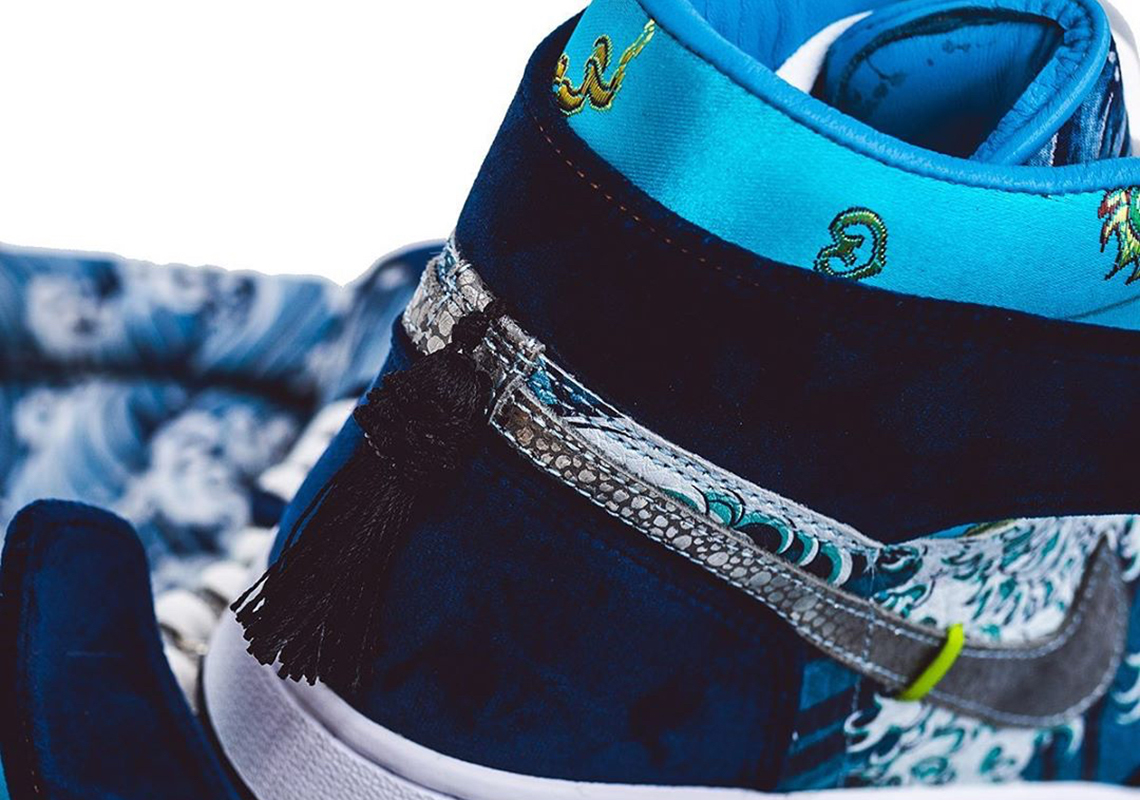 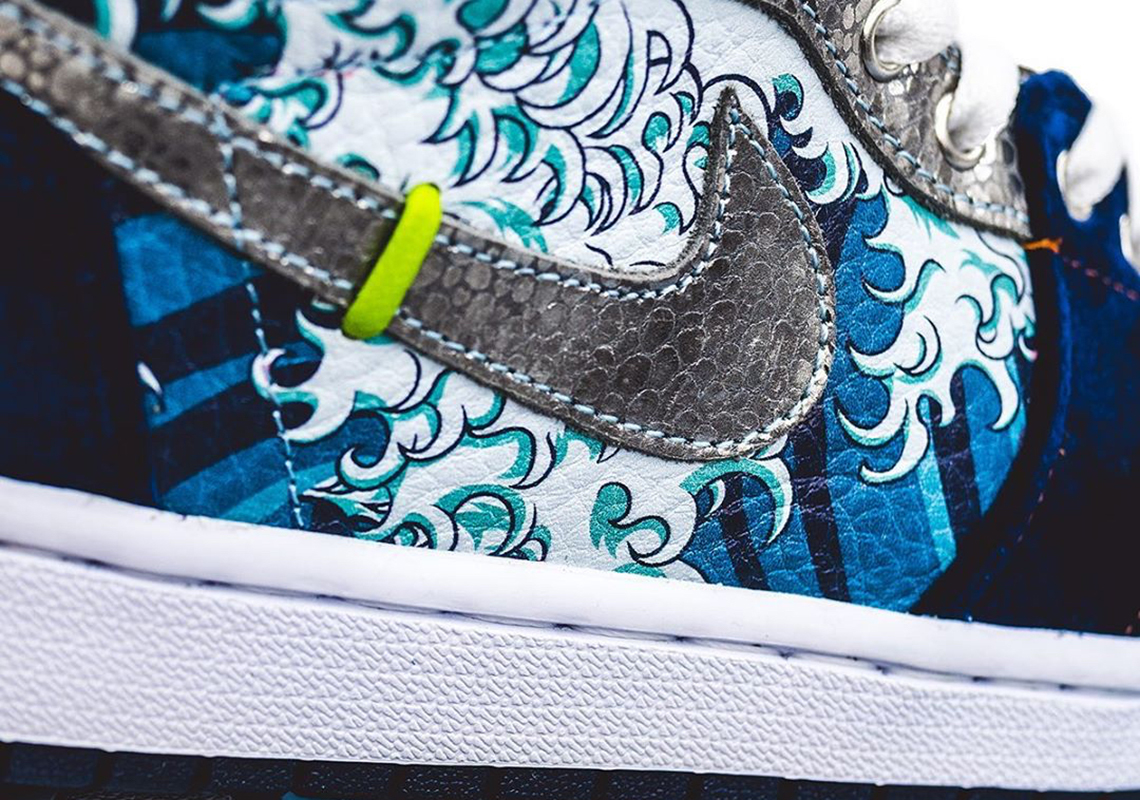 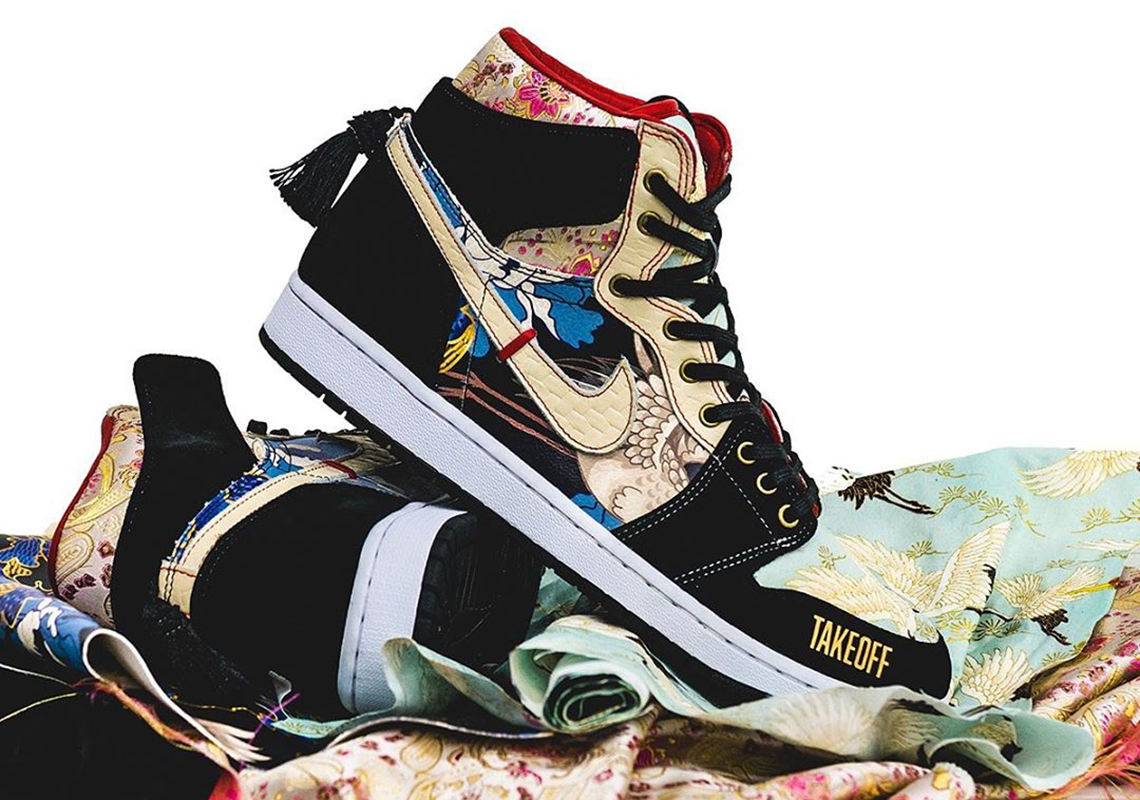 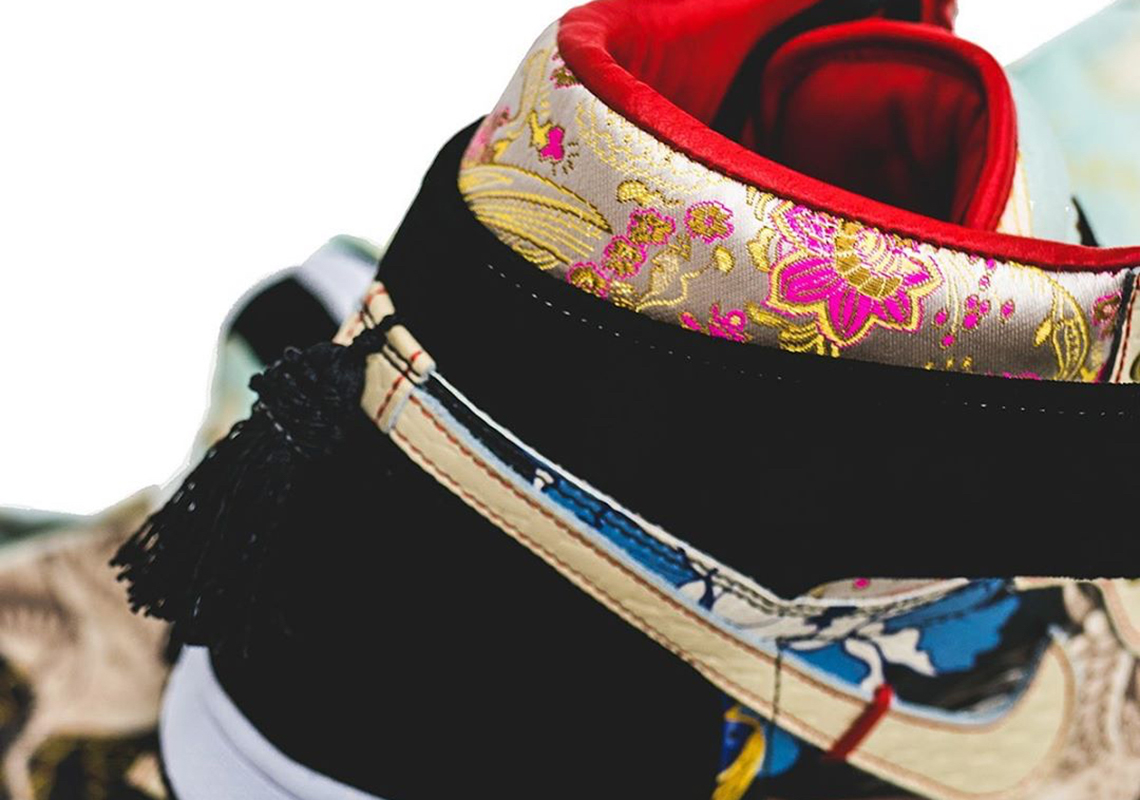 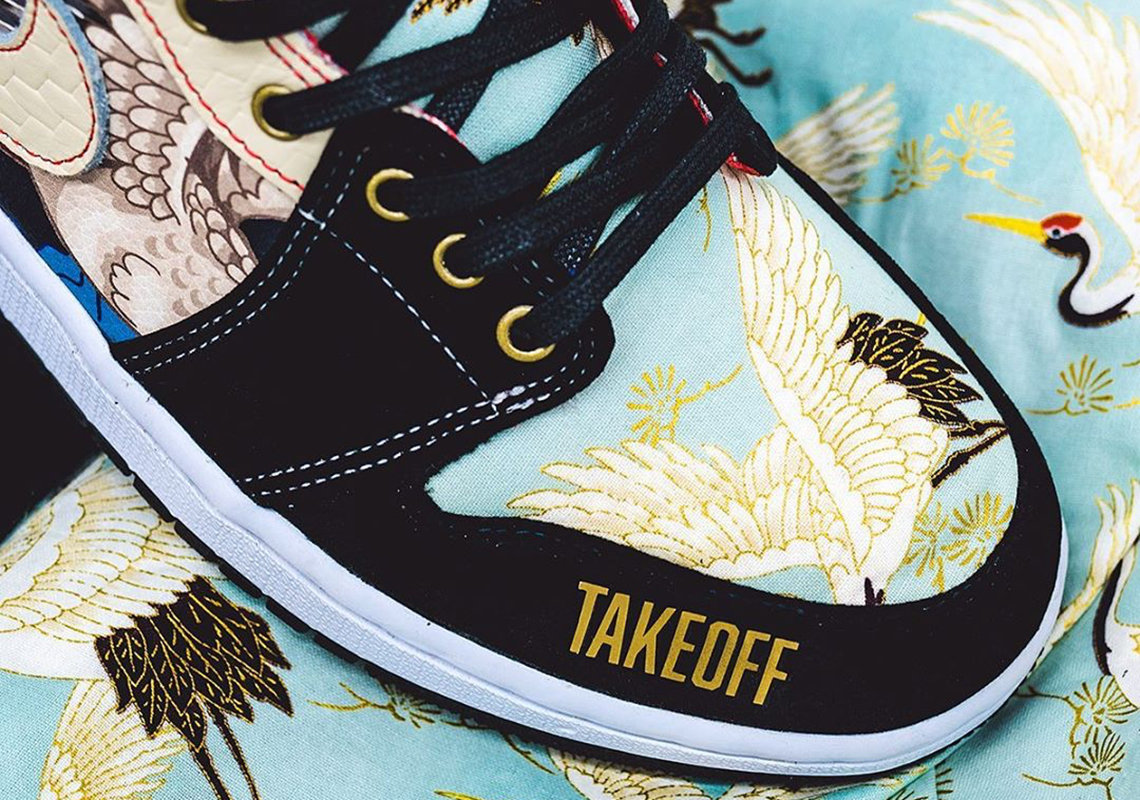 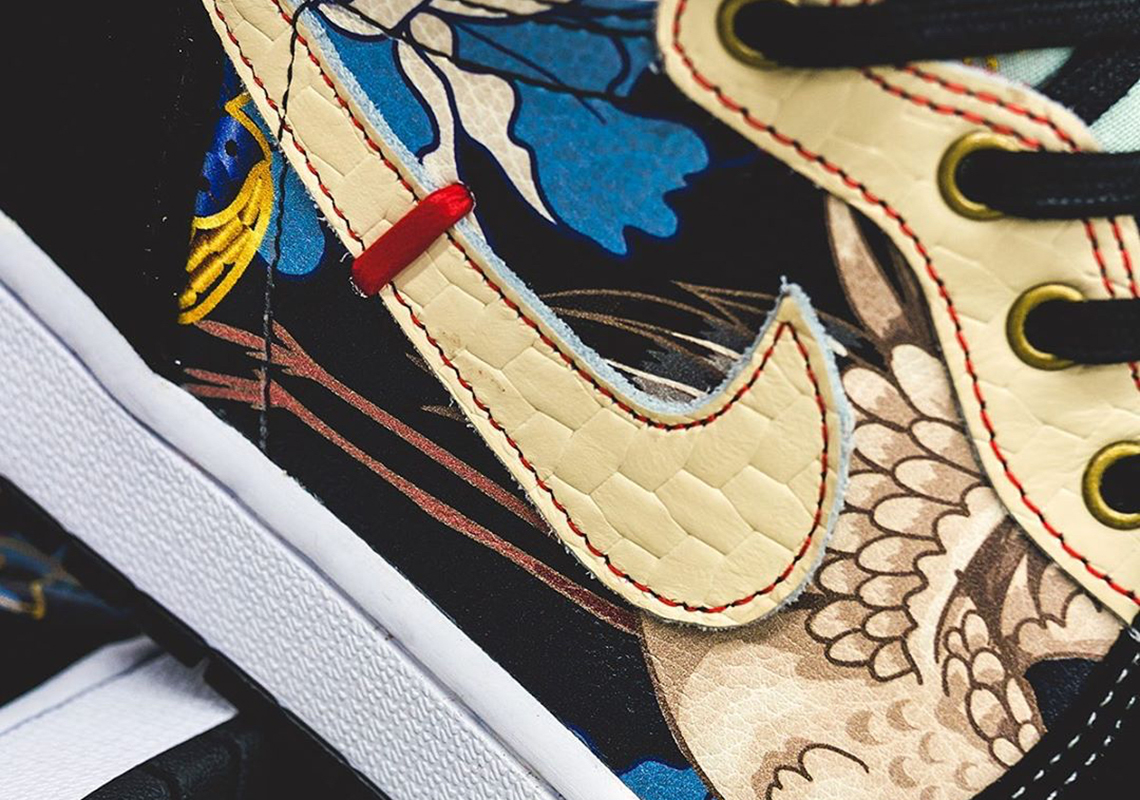